B.A.R.E in the Woods in Photo’s

This time last week, I was a stage hopping, beer drinking, B.A.R.E in the Woods festival go-er. If you follow me on Instagram you probably saw this handful of photo’s.

It’s hard to believe a full week has passed by so quickly albeit the fact that I was still recovering from the festival’s activities for the first half of it. Over indulgence symptoms and tired dancing legs aside, both Patrick and I have reminisced that B.A.R.E in the Woods was a great festival experience and we are looking forward to returning to it again next year.

We arrived at the Woods last Saturday at 2pm and in time to see its organisers busily and artistically structuring the final touches to the festival area. It was like a mystical magical festival setup with handmade wooden seating, large stone built fire, gigantic mushrooms, winged tree-made sculptures and carved totum poles.

There were three stages in total, a fantastically wooden structured Main BARE Stage, a tented STX Stage and the most fantastic of all stages, the Crannock, which was designed by Franz Caffrey, (he was also responsible for many of the other wooden designs like the totum poles) and which created the most amazing ambience inside, even without music.

There was entertainment in the shape of a mechanical bull, massive blow-up slide and a climbing wall for the ‘kid in you’, Patrick gave the bull a shot … and the actual children who were there looked just as excited as their parents. Also on site was the very cool ‘The Ark‘ vegetarian cafe, non-vegetarian food stall, tea and coffee stall, a clothing and jewellery stall from One World Creations, art and a charming memorabilia stall selling ‘Slate Creations‘ of famous images on slates, we bought a gorgeous Luke Kelly, Raglan Road one. There were a number of portaloos, which when the festival does return next year will need to double or more in quantity, an observation, not exactly a complaint. The camping site was only a stones throw away and looked like a fine wee set up. We didn’t camp so I can’t give an opinion on it – we normally would but it was my birthday weekend so I was treated to a nearby hotel.

The weather was perfect, sunny but a little overcast so it wasn’t too hot for a full day outside. The ground was thankfully dry but thoughtfully there was lots of straw and sawdust scattered about to soak up the moisture caused by the traffic of music lovers sandaled, booted and bare feet. Organised by James O’Sullivan and Peter Dunne as well as a host of artists, craftspersons and music lovers on what can only be described as a shoe-string of a budget, the festival was indeed a success. However without the luscious wooded land that the festival took place on, the event would never have existed in the first place. To thank for this is James’ father, retired Judge James O’Sullivan Snr., who although his ex-profession would suggest a very different character, this dapper looking gentleman is somewhat of an artist and musician himself, he drank with Brendan Behan, sang with the Dubliners and has written two books in his exciting life to date, one that will never be read again and one that you can read about here. James Snr. treated those lucky enough to witness to some touching words and a gorgeous song at the beginning of the festival. For those who organised the festival this was definitely the pat on their back they deserved and I feel more important than any review or write-up. 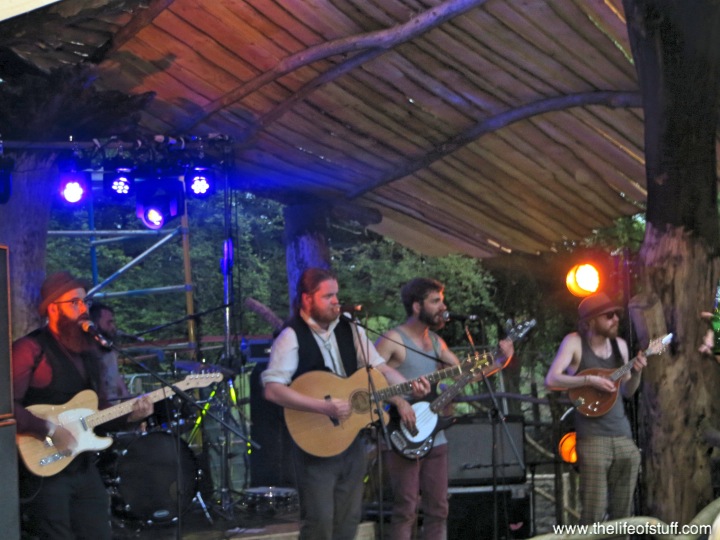 I’d love to say that I got fabulous photo’s of every ‘Live Act’ at the festival, but I’d be lying and to be honest photo’s from later in the evening/night are somewhat hazy – a reflection of my brain perhaps. What I have shared with you are some of my favourite non hazy photo’s. For the full line up, minus the secret Headliner who was Natty Wailer, have a read of my post here. I hope this review and my photographs create that spark of interest in you … enough to put the B.A.R.E in the Woods in your calendar for 2015.

B.A.R.E – Bring Another Righteous Event … a very worthy name and probably not what you originally thought it meant, perhaps? Bareness aside … Keep an eye on their plans for the rest of the year as there are more B.A.R.E events in the pipeline as I type. www.bare.ie and B.A.R.E Facebook

My Taste of Dublin 2014 Experience in Photo's