This week I would like to recommend a few beers from the Hope Beer Brewery in Dublin. Hope Beer was only set up in 2015 and already they have won an All Tech Bronze medal for their Saison Beer Grunt, and if the following beers are anything to go by I’m sure many awards are to follow. 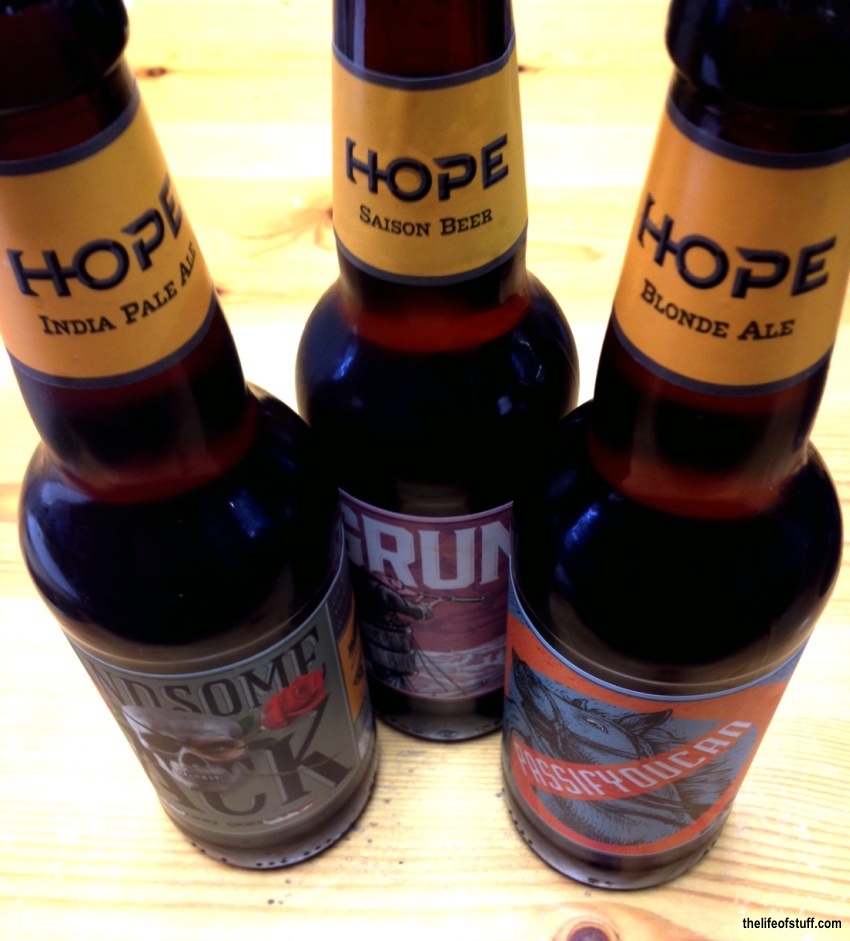 Handsome Jack – India Pale Ale 6.6 % abv: This is a great tasting pale ale. It has really nice citrus notes running through it followed by a bitter finish.

Grunt – Saison Beer 6.6% abv: This is their award-winning beer and there is a lot going on in it. It’s crisp and dry with a lively fruity character. There is also a nice spice to it with a little lingering touch of lemongrass. Very tasty indeed.

Passifyoucan – Blond  Beer 5.5% abv: Their blond beer has much more of a malt character to it and has a softer feel. A really well-rounded beer with a subtle fruit character.

These beers all come in 330ml bottle and are around €3 per bottle. For more info visit the Hope Beer website here.