*this post on #sustainablefashion was originally posted in August 2012 but has been updated.

I ♥ 70’s Shirts. And I’m not talking about brand spanking new 70’s inspired shirts. I’m talking about ‘the real McCoy.’ The ones made to last, the ones that your mum or dad have kept for memories sake. Or the gems that you find when looking for hidden treasure at your local vintage store. They may not be made from silk. But their 100% polyester genes mean that their colour rarely fades. And they survive machine wash after wash and manage to keep their shape. 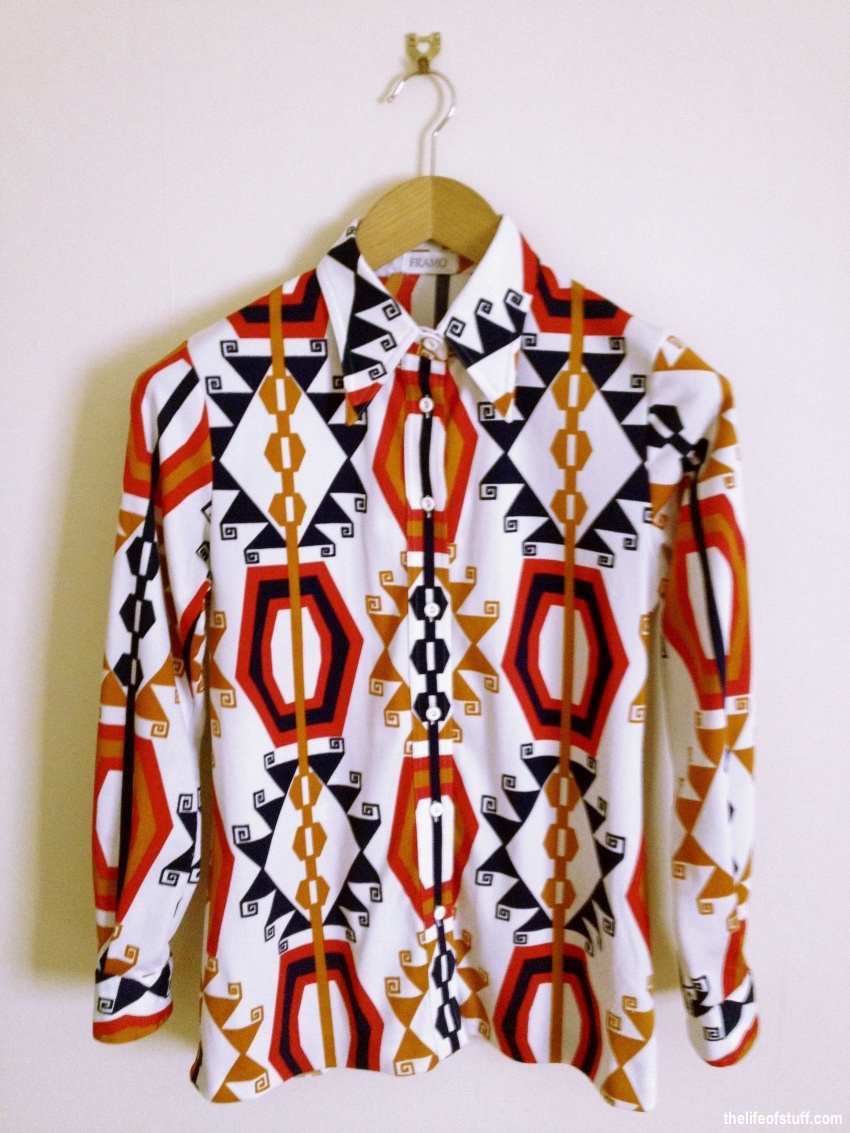 They might be not be to everyone’s taste and some patterns aren’t the most forgiving but depending on your personal style and how ‘on trend’ you try to be, when patterns make a comeback in the whole cycle that is fashion, you can always state you were ahead of the game!

Take for example the Aztec print shirt above, this patterned style only recently celebrated its revival on the catwalk. Or how about the flower powered shirt below, dressed with the right ensemble and worn with some attitude, it could easily resemble an outfit inspired by today’s Top Fashion Designers. 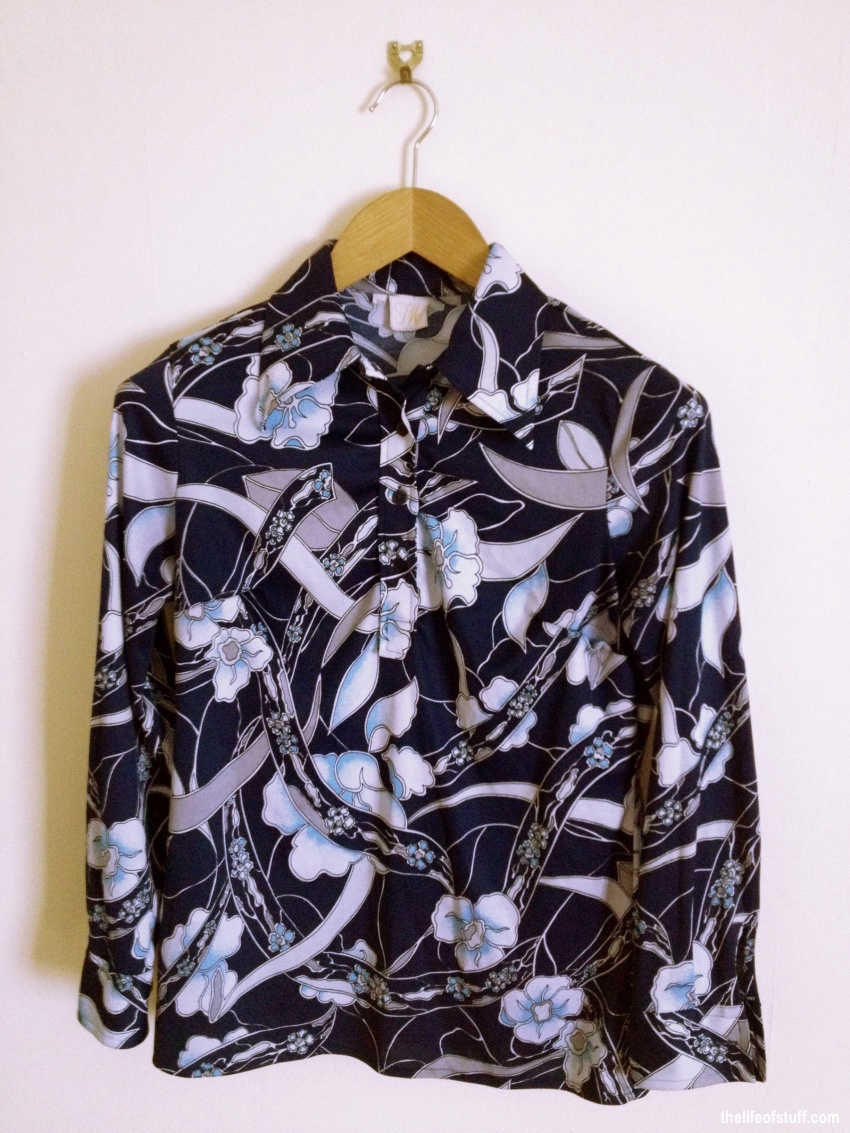 Where to Source Original Vintage Clothing

So where can you get your hands on your new best shirt? Try vintage stores, charity shops, go online or even ask your parents/grandparents! I bought these in a vintage store in Christchurch, New Zealand a number of years ago while on my travels. Not only have they been worn and washed 100 times or more but it has survived backpacking and festivals and is still fresh and stain free. 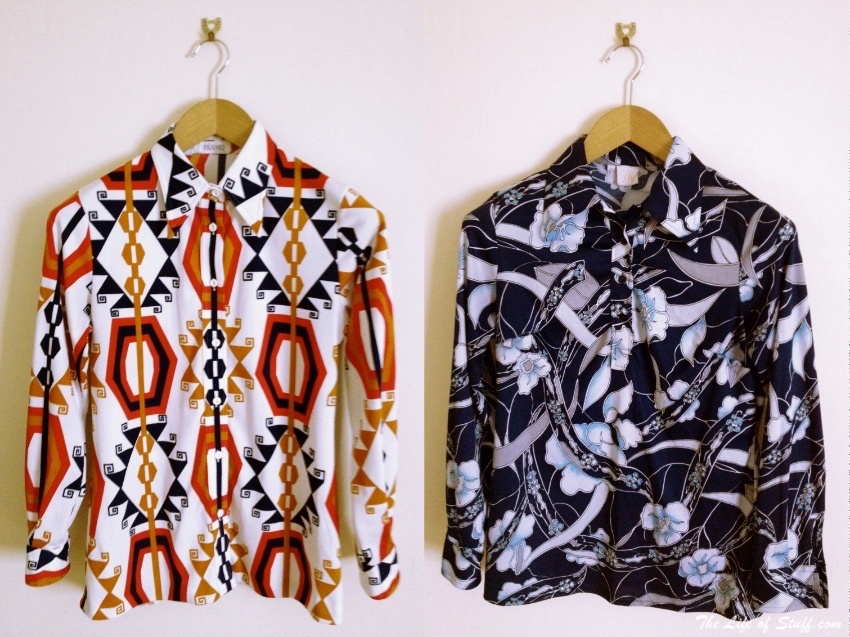 When I think of the 1970’s, I seldom think disco, I think Woodstock (although it actually took place in 1969), rock music, flares, platforms, women’s rights, individualism, peace protests and hippies. Probably all the usual things that a person would think of.

However I also think about how well the clothes were made back then. I can’t vouch for how environmentally friendly or ethical the factories they were made in were, it was the 70’s after all. What I can tell you though, is that going by the vintage stores I’ve visited, and the stores online I’ve seen, there must be tons of 1970’s clothes worldwide in pristine condition. This means that they’ve lasted 40 years already and most have years left in them to give.

The Majority of Throw-Away Clothes of Today

The majority of ‘throwaway’ clothes nowadays aren’t built to last no matter how ethically ethos’ed the company who sells them claims to be. Of course ethical ethos and Fair Trade is a step in the right direction but now we need to tackle the tonnes of clothes that go to landfill each year. Want some examples? Well how about the 350,000 tonnes of clothes the people of UK throw away or what about the 10.5 million tonnes of clothes the people of United States throw away. Hard to fathom isn’t it. That amount of clothing yet those who threw them away still look in their over packed wardrobes and complain they have ‘nothing to wear.’ Do your part to change this, think #sustainablefashion and remember the words of British Fashion Designer Vivienne Westwood the next time you shop:

Five Irish Made Natural and Sustainable Products for Everyday Pampering

Beauty Fix – Top Tips on How to Tell Your Skin Type

Fashion Fix – A Short Guide to the Evolution of Streetwear 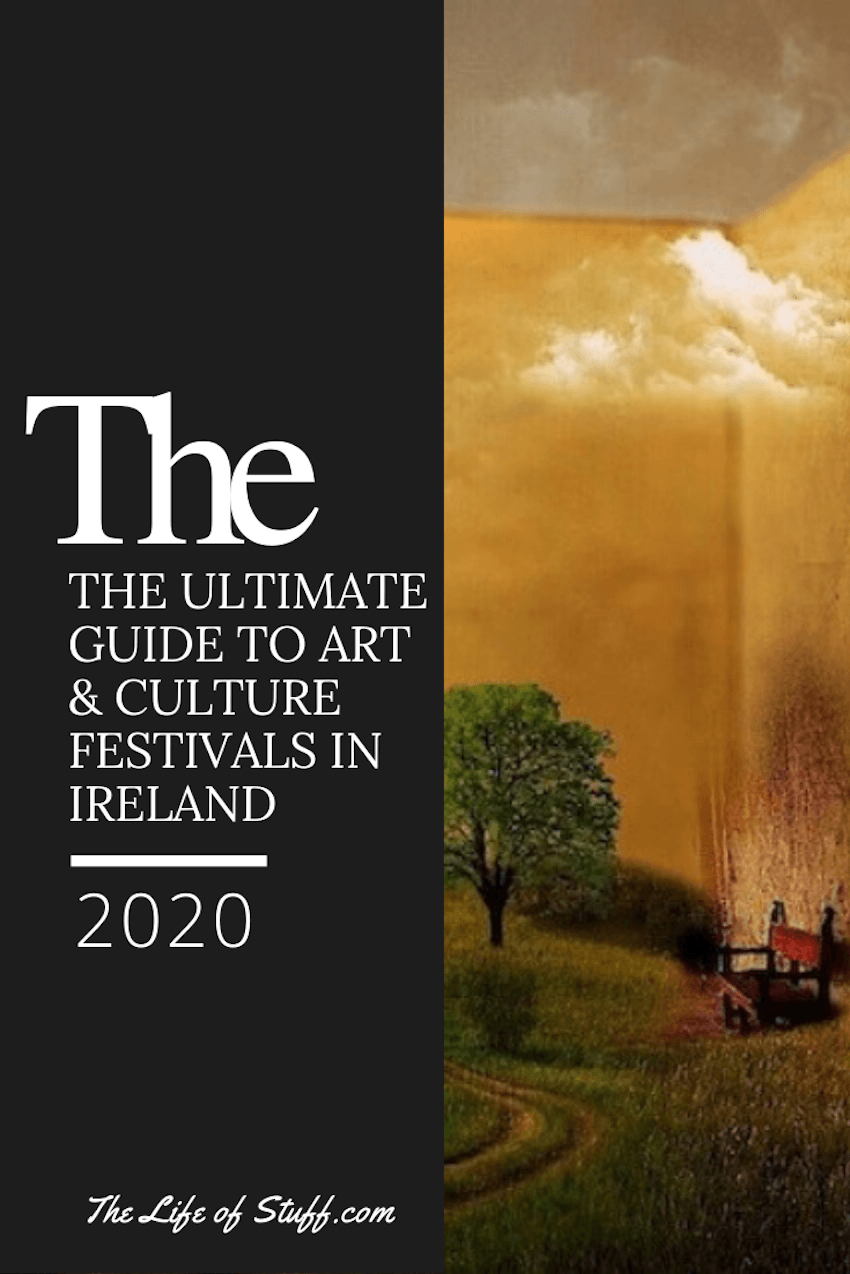 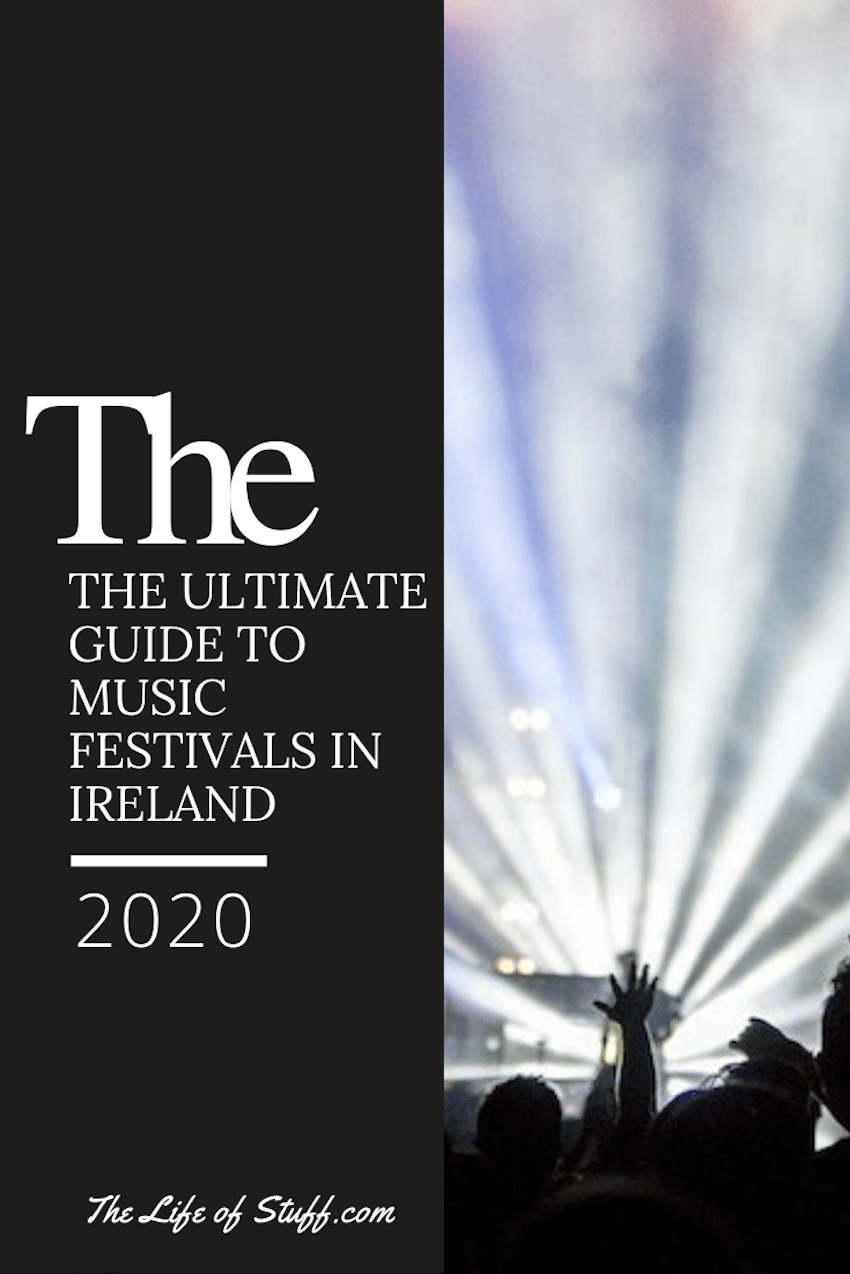 Bevvy of the Week – Barolo Wine from Piedmonte, Italy

Barolo This week’s Bevvy of the Week is a nod…