This week’s ‘Bevvy of the Week‘ is an artisan cider from Blackwater Valley in Mallow County Cork called Longueville House Cider.

The history of Longueville House Cider dates back to 1985 when Michael O’Callahan planted 25 acres of cider apples trees and start producing cider along with apple brandy. 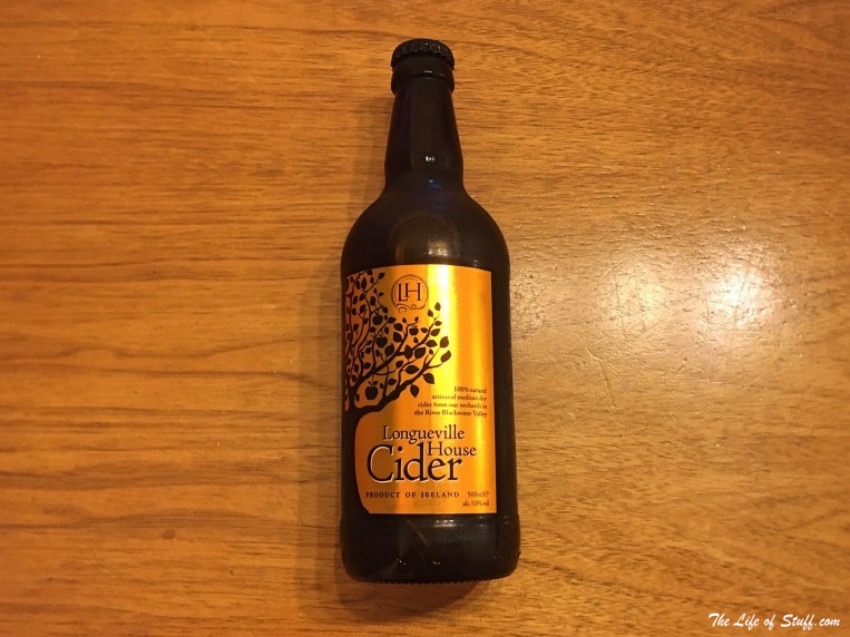 Nowadays, Michael’s son, William looks after the brewing of this tasty cider and has managed to take production to the next level while holding true to family traditions.

This cider has a lot going for it. It’s all natural, with no added sweeteners or preservatives, no additives or colourings and no added sulphites. The only sulphates in this brew are the ones that occur naturally.

This is a medium dry cider, not overly carbonated and very refreshing. It’s comes in a 500ml bottle and is 5.9% abv. It sells for around €3.50 per bottle and you can pick it up in most good Off Licences. 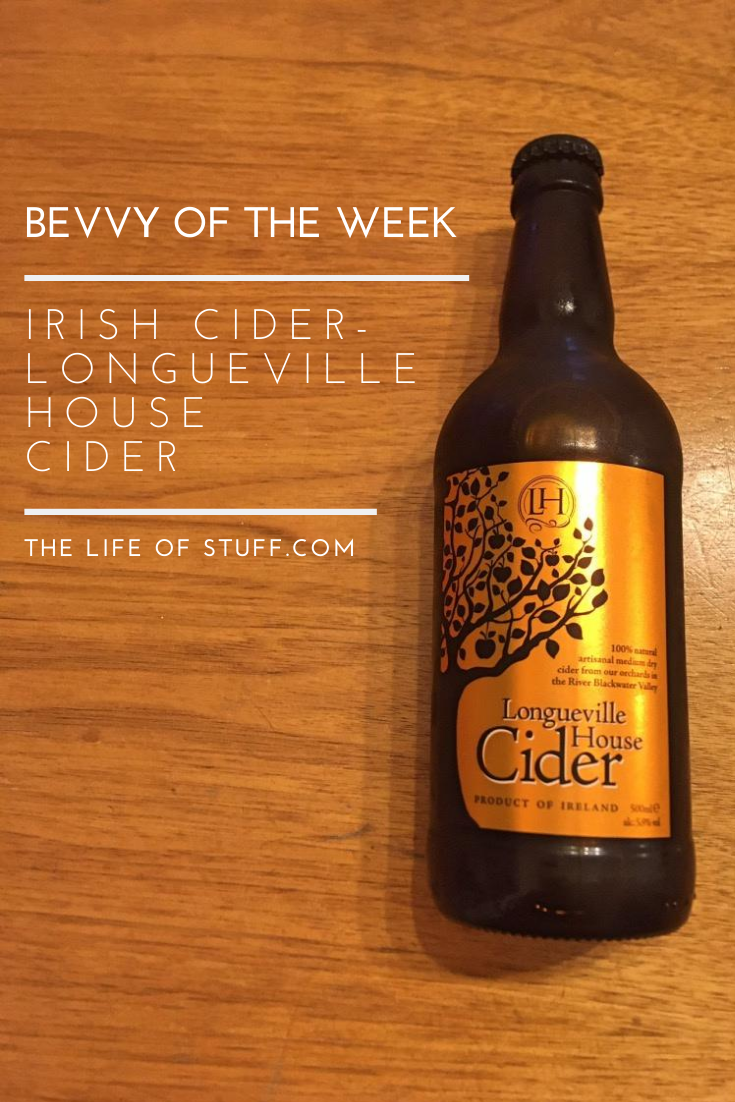