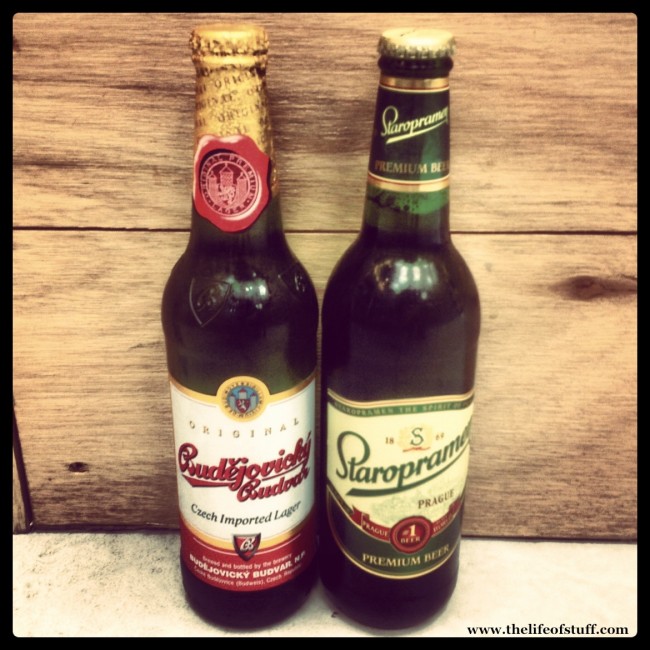 This week I am going to recommend two beers from The Czech Republic, Staropramen and Budvar.

Now these beer have been around for a while and have been available in to buy in Ireland for a long time. So if you haven’t tried them yet and you want to break away from all that normal branded stuff these beers are a good place to start.

Staropramen is golden in colour with a very nice hoppy aroma and a nice malty taste. It’s crisp with a dry finish. It’s sold on a 500ml bottle and you should pick it up for around €2.

Budvar. There a long story about this beer and their battle with Anheuser Busch, the makers of Budweiser over the name Budweiser. If you get a chance you should look up the story as it makes for some good reading.

Anyway…. back to the beer. It’s similar to Staropramen as it has a rich malty aroma and taste but Budvar has a soft kind of bittersweet finish. Very tasty indeed and you should pick up a bottle for around €2 as well.