This week I would like to recommend a beer from Farmageddon Brewing Co-Op in Co. Down call Enigma India Pale Ale. 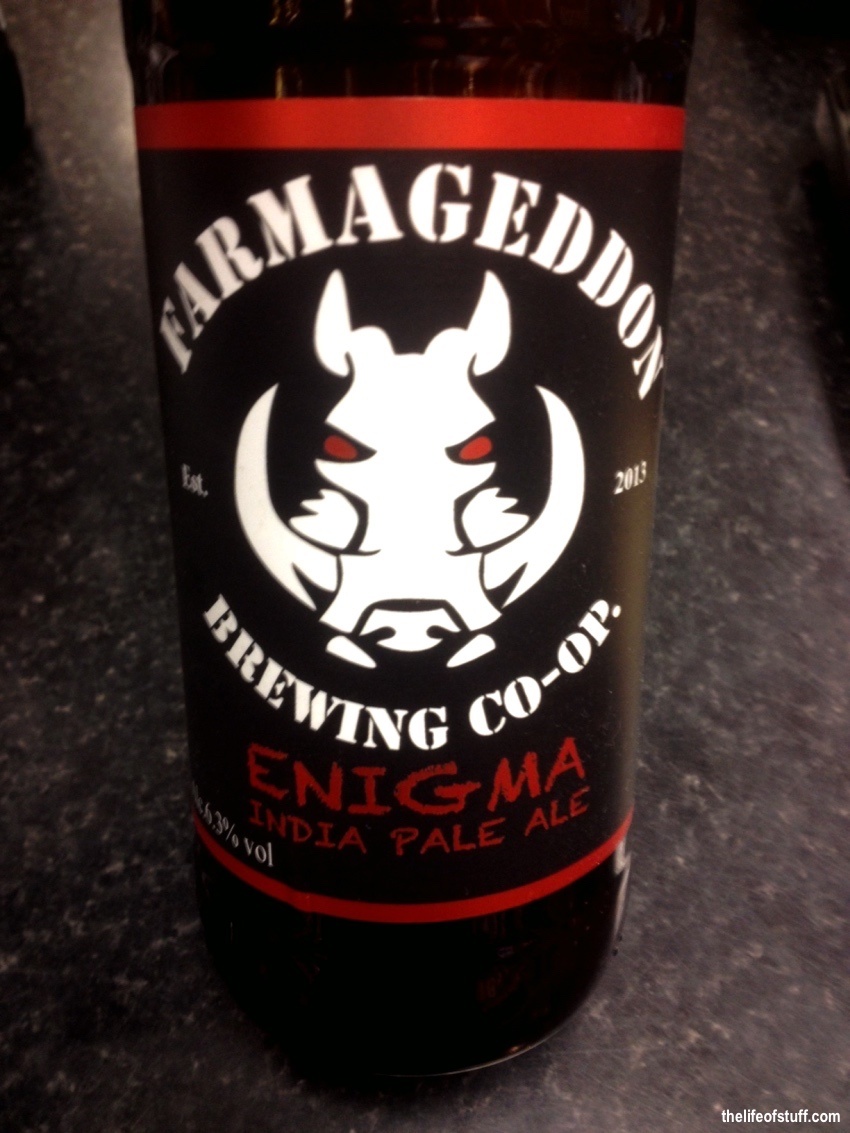 The Farmageddon Brewery was set up in 2013 by a group of friends who wanted to take their home brewing hobby to the next level, and they’ve been producing some great beer ever since.

Enigma India Pale Ale is a tasty bevvy indeed. It’s light bodied with refreshing citrus and hop flavours. This beer comes in at 6.3% abv and as with all of Farmageddon brews is vegan friendly.

Most good Off Licences are stocking Farmageddon beers and a bottle of the Enigma will cost around €4.50 per 500ml.

For more on the Farmageddon Brewery visit their website here.