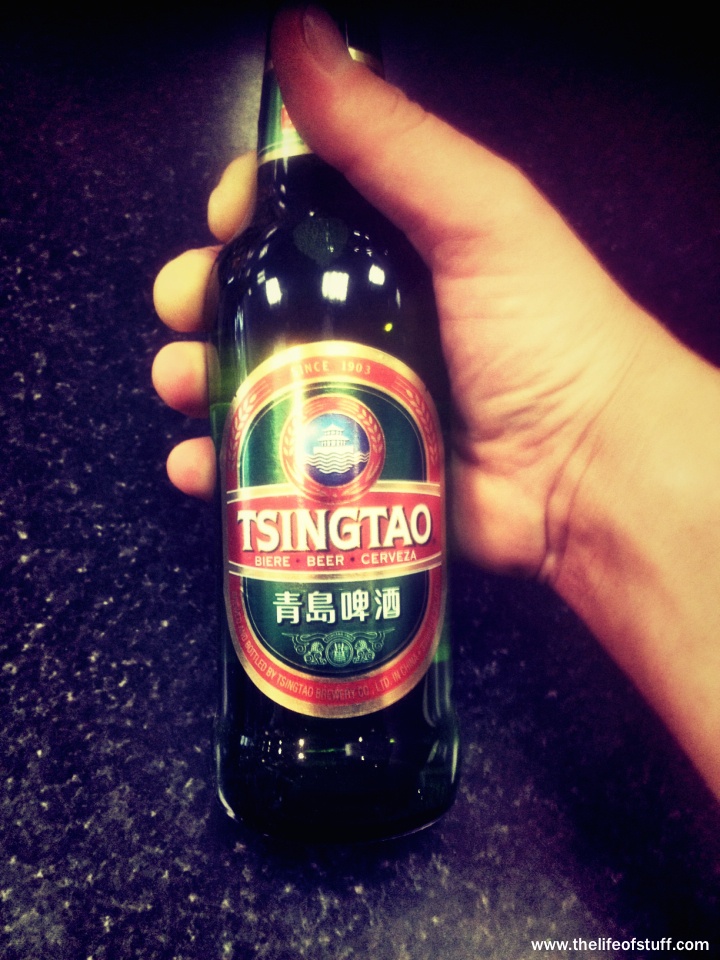 Tsingtao Beer has been available in Ireland for many many years. Like Peroni and Kingfisher which I recommended as bevvies of the week on a month or two ago, Tsingtao is a beer I forget about sometimes. It can be lost in a wash of crafty hand crafted craft beers that seem to be taking over the world beer section in all Off Licences.

Now I like Craft Beer as much as the next guy, but sometimes you just want a few normal beers nothing too heavy and by heavy I mean something that hasn’t been brewed in a mans soul and made from the water of a spring that only appears every couple of years.

Tsingtao Beer is Chinese, but it was the German’s that settled in the area back in the day that started it all off. At the start, Tsingtao Beer did go by the German standard of beer making but over the years the beer changed. Having said that, Taingtao is a tasty beer.

Tsingtao is an easy drinking pilsner with a soft hoppy character, great for those lazy summer days. Its 4.7% alc and under €2 per bottle.