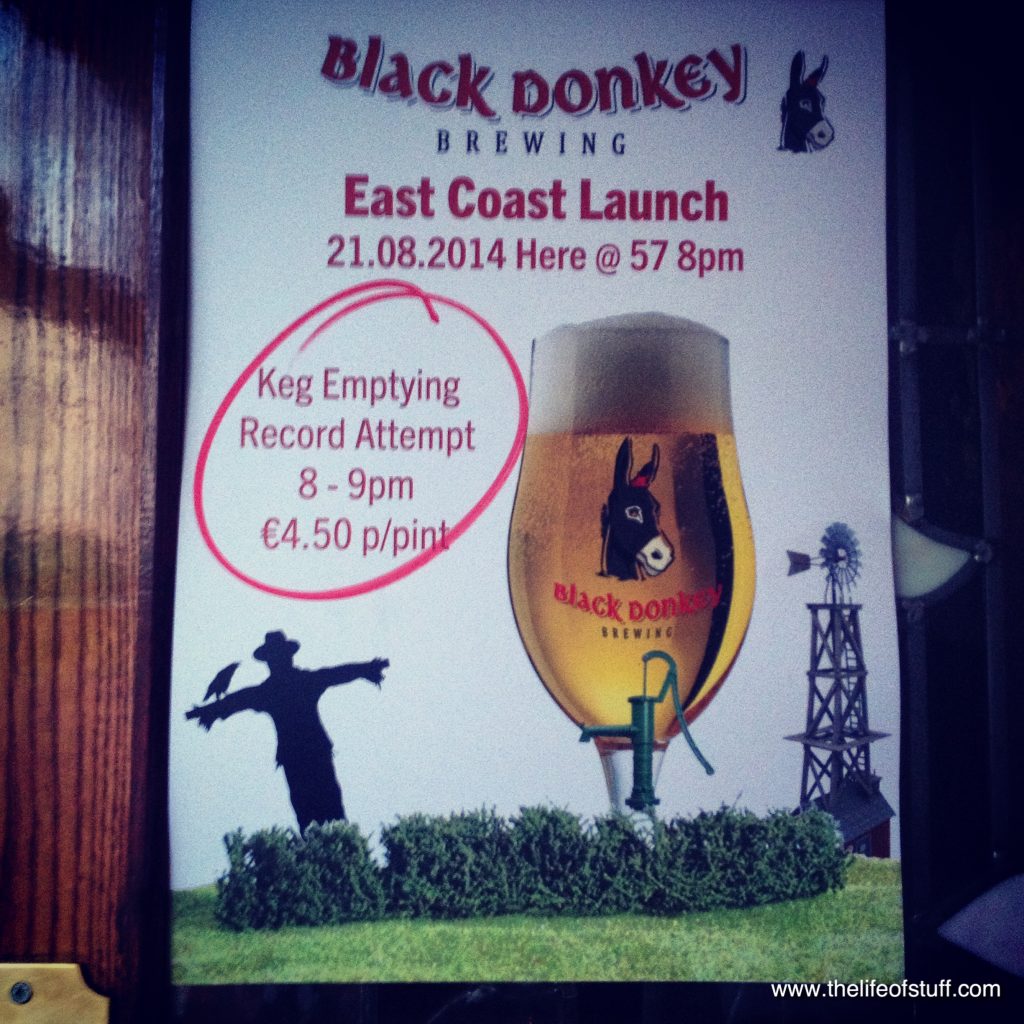 Last week Edwina and I had the pleasure of attending the launch of a new Irish Craft Beer from Black Donkey Brewing Company called Sheep Stealer Farmhouse Ale and 57 the Headline in Dublin.

This is the first brew from Black Donkey Brewing and is the brain child of  husband and wife team, Richard Siberry and Michaela Dilon who moved from Ireland to America 20 years ago. The beer making started in the basement of their New York home, where the duo brewed beer for personal use and where they had perfected their art.

On their trips back to Ireland they noticed a lack of options when it came to beer. It was all the normal stuff with little or no choice. Having lived in America for so long and having the huge choice of craft beers that were available there, they thought that setting up a craft beer brewery here in Ireland would be a great idea. 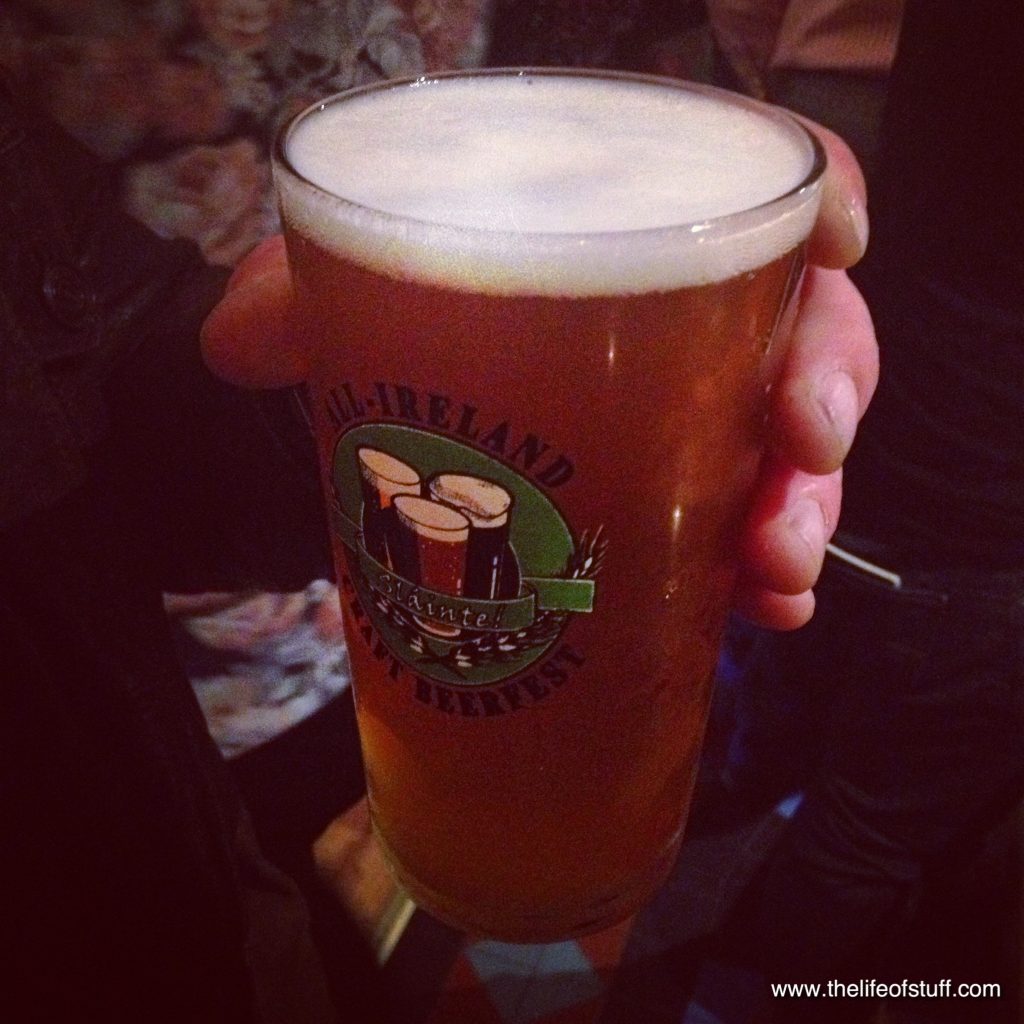 Like with all great ideas it takes time to develop and takes time to find the courage to just do it. After a couple of years they moved back to Ireland and set up their craft brewery. However during the couple if years before they returned to Ireland to set it up, Ireland had a craft beer explosion, and they arrived back to an Ireland awash with craft brewery’s and craft beers, but Richard and Michaela believed in what they could and can do, and in what they could produce and went ahead and set up Black Donkey Brewing.

Now to the beer. 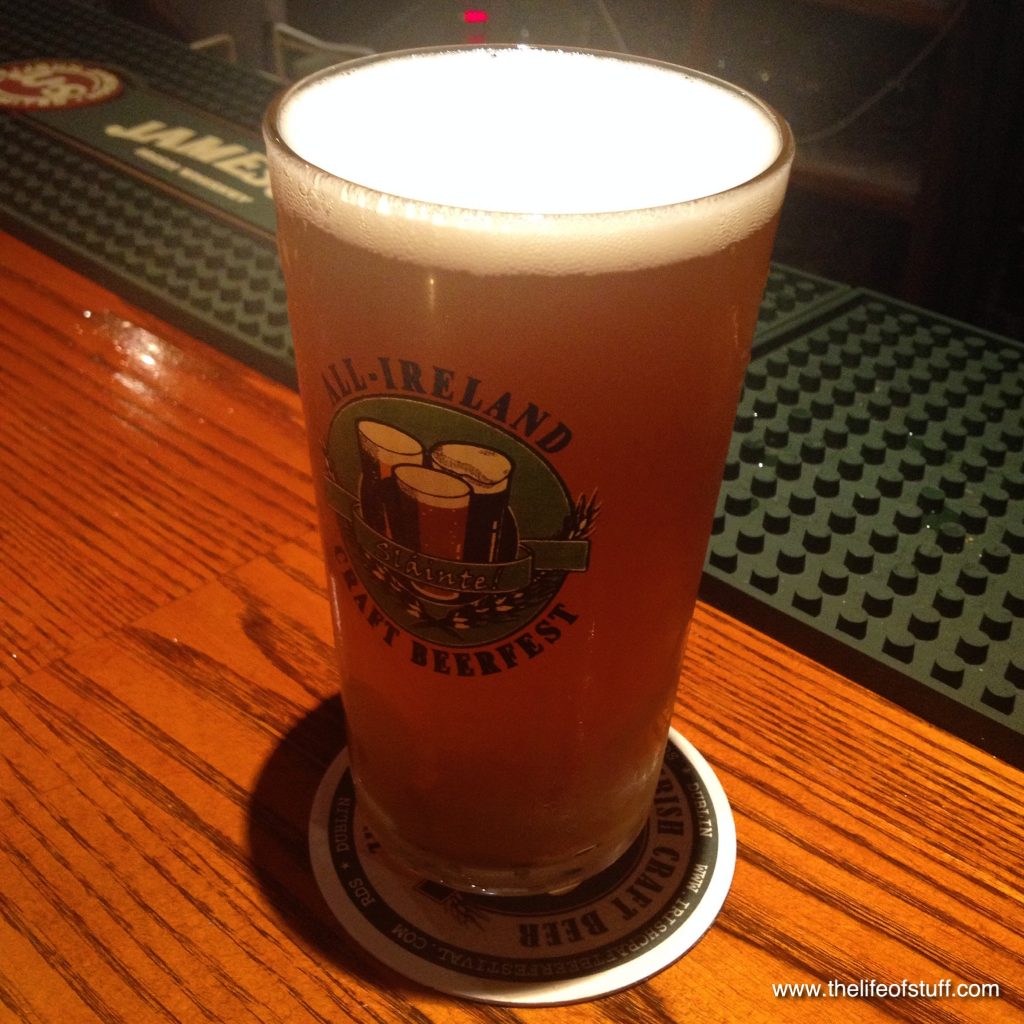 Sheep Stealers is a good solid beer. It’s dry, crisp and packed full of flavour. It’s also a cloudy beer and has aromas of spice and citrus fruits that come popping out of the glass. As I said this is the first beer from Black Donkey Brewing and going by the quality of this I can’t wait to see or should I say taste whats coming next.

A Day Trip to Chic at Kildare Village, Mommy Style

Theatre Upstairs - Out of Print