The luxury of streaming your favourite TV show, series or sitcom – is that if you fancy watching ‘one more episode’, you can simply press play. Gone are the days of waiting a week for the next episode to air, because once the full season is available to you, you can binge-watch your favourite binge-worthy tv shows till the cows come home. 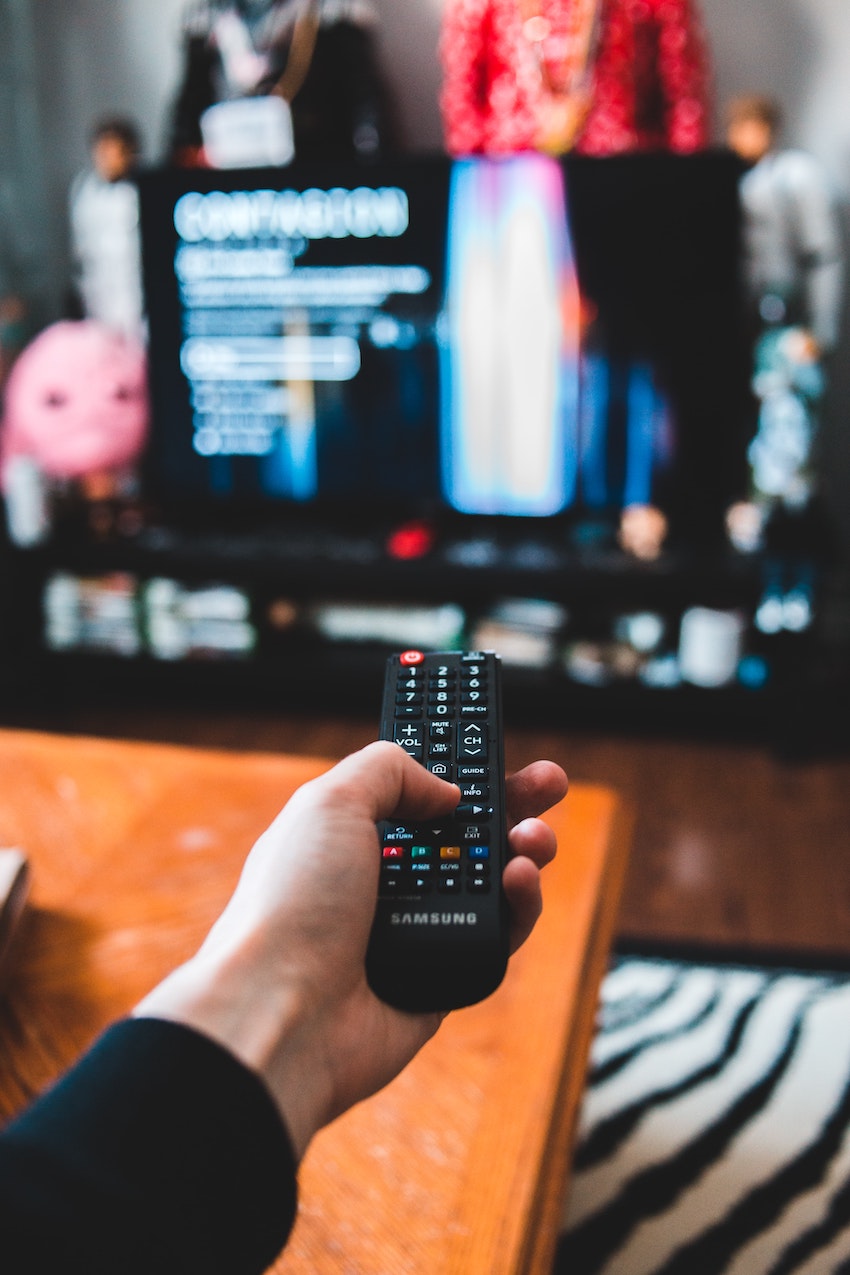 The most popular streaming services in Ireland are Netflix, Amazon Prime Video, Apple TV, Disney Plus, and NOW TV. But just in case you don’t have a streaming service, to begin with, here are streaming platforms like firestick to get you started on your ‘binge-worthy tv shows’ journey.

And don’t forget about the catch-up streaming services of your favourite TV channels too, for example here in Ireland we have; RTÉ Player, TG4, Virgin Media, All 4 and if you live in the North of Ireland; BBC iPlayer.

For example my some of my highlights from RTÉ Player include these brilliant Irish series; The Young Offenders, Normal People, Pure Mule, Love/Hate, The Tommy Tiernan Show, First Dates, Room to Improve and Home of the Year. But always make sure they have all the episodes available online before you get stuck in!

On the other hand All 4 is the largest and best free streaming and TV catch-up service around – with hundreds of box sets to choose from. And so it rightly deserves to have a number of its shows and series highlighted in this ‘binge-worthy TV shows’ list below.

This ultimate list of over 40 binge-worthy TV shows and series is just a taste of what’s on offer. I’ve tried, tested and thoroughly enjoyed each one, often for very different reasons. From comedy series to crime driven dramas, you are sure to find a show that, like a good book, you won’t want to put down, or in this case turn off!

Remember to check in with The Life of Stuff for more TV and Film recommendations. And check back on this guide too – because the more brilliant binge-worthy TV shows I watch the more it’ll be updated!

Binge-Worthy TV Shows on ALL 4

About: British Drama Serial. “Drama from Russell T Davies about five friends living and loving in the shadow of AIDS.” channel4

About: Sitcom. “Classic sitcom about three dysfunctional priests and their long-suffering housekeeper.” channel4

About: British Comedy Series. “Paul Abbott’s classic drama about the rollercoaster lives and loves of the Gallagher clan.” channel4

About: British Television Competition. “Twelve of Britain’s best home potters compete to be crowned best at the wheel.” channel4

About: British TV Series. “Set in and around the Manchester ‘scene’, this groundbreaking Channel 4 drama, written by Russell T Davies, documents the lives and loves of young gay men Stuart, Vince and Nathan” channel4

The End of the F***ing World

About: American Crime. “A terminally ill chemistry teacher teams with a former student to manufacture crystal meth to secure his family’s future” netflix

About: Nature Documentary. “Experience our planet’s natural beauty and examine how climate change impacts all living creatures in this ambitious documentary of spectacular scope” netflix

About: British Crime. “A notorious gang in 1919 Birmingham, England, is led by the fierce Tommy Shelby, a crime boss set on moving up in the world no matter the cost.” netflix

About: American Political Thriller. “A ruthless politician will stop at nothing to conquer Washington, D.C., in the Emmy and Golden Globe-winning political drama.” netflix

About: Drama. “In a 1950s orphanage, a young girl reveals an astonishing talent for chess and begins an unlikely journey to stardom while grappling with addiction.” netflix

About: Canadian Sitcom. ‘After their business manager loots their family fortune, the Rose family relocates to the town of Schitt’s Creek’ netflix

About: Comedy, Drama. “Struggling to come to terms with his wife’s death, a writer for a newspaper adopts a gruff new persona in an effort to push away those trying to help.” netflix

About: American Reality Competition Series. “Queens compete for $100,000 and the title of America’s Next Drag Superstar in this Emmy-winning show hosted by the mother of all drag mothers, RuPaul.” netflix

About: American Crime Drama. “A financial adviser drags his family from Chicago to the Missouri Ozarks, where he must launder $500 million in five years to appease a drug boss.” netflix

About: Political Thriller. “A U.S. Marine returns home after spending eight years being held prisoner by Al Qaeda, while an unstable CIA agent suspects him of being a terrorist.” netflix

About: Political Thriller. “After helping thwart a terrorist attack, a war veteran is assigned to protect a politician who was a main proponent of the very conflict he fought in.” netflix

About: German-American Drama. “A Hasidic Jewish woman in Brooklyn flees to Berlin from an arranged marriage and is taken in by a group of musicians — until her past comes calling.” netflix

About: American Crime Mystery. “In a small New York town, a haunted detective hunts for answers about perplexing crimes while wrestling with his own demons.” netflix

About: Comedy Drama. “Meet Fleabag. She’s not talking to all of us – she’s talking to you. So why don’t you pop your top off and come right in?” primevideo

About: American Drama. “From the writers and directors of Crazy, Stupid, Love, comes a smart, modern, dramedy that will challenge your everyday presumptions about the people you think you know” primevideo

About: American Dystopian Tragedy. “The Handmaid’s Tale starring Elisabeth Moss and based on Margaret Atwood’s classic novel about life in the dystopia of Gilead, a totalitarian society in what was formerly part of the United States” primevideo

About: Legal Drama. “Once a powerful lawyer, Billy McBride is now burned out and washed up, spending more time in a bar than a courtroom. When he reluctantly agrees to pursue a wrongful death lawsuit against the biggest client of the massive law firm he helped to create, Billy and his ragtag team uncover a vast and deadly conspiracy, pitting them all in a life or death trial against the ultimate Goliath” primevideo

Binge-Worthy TV Shows on Disney Plus

About: American Space Western. “After the fall of the Galactic Empire, lawlessness has spread throughout the galaxy.” disneyplus

About: Nature Documentary. “Hosted by survivalist and adventurer Bear Grylls, “Hostile Planet” zooms in on the world’s most extreme environments to reveal the animal kingdom’s most epic stories of survival on this fast and continuously changing planet.” disneyplus

About: Travel, Culture and Cuisine. “Gordon Ramsay travels the globe on an epic adventure in search of culinary inspiration.” disneyplus

About: Marvel Comics Miniseries. “Marvel Studios presents “WandaVision,” a blend of classic television and the Marvel Cinematic Universe in which Wanda Maximoff (Elizabeth Olsen) and Vision (Paul Bettany)—two super-powered beings living idealized suburban lives—begin to suspect that everything is not as it seems” disneyplus

Type: Historical Drama. “Jared Harris, Emily Watson and Stellan Skarsgard star in a powerful Sky original about those who sacrificed it all to save Europe from disaster” nowtv

About: Crime Drama. “Crime drama about a blood spatter pattern analyst for the Miami police force who’s the ultimate nice guy – and also a serial killer. The series follows Dexter as he balances his twin lives.” nowtv

Earth at Night in Colour

About: Crime Drama. A family’s lives are irreparably disrupted when the son is accused of murdering a fellow classmate in this dramatic legal thriller. Chris Evans, Michelle Dockery and Jaedan Martell star in the adaptation of William Landay’s bestselling novel.” appletv

About: American Mystery Drama. A mystery inspired by the reporting of a real nine-year-old journalist. When a young girl and her family move back to the small town her father left behind, her pursuit of the truth leads to the unearthing of a long-buried cold case” appletv

If you liked this guide to ‘binge-worthy TV shows’, here’s some further reading: 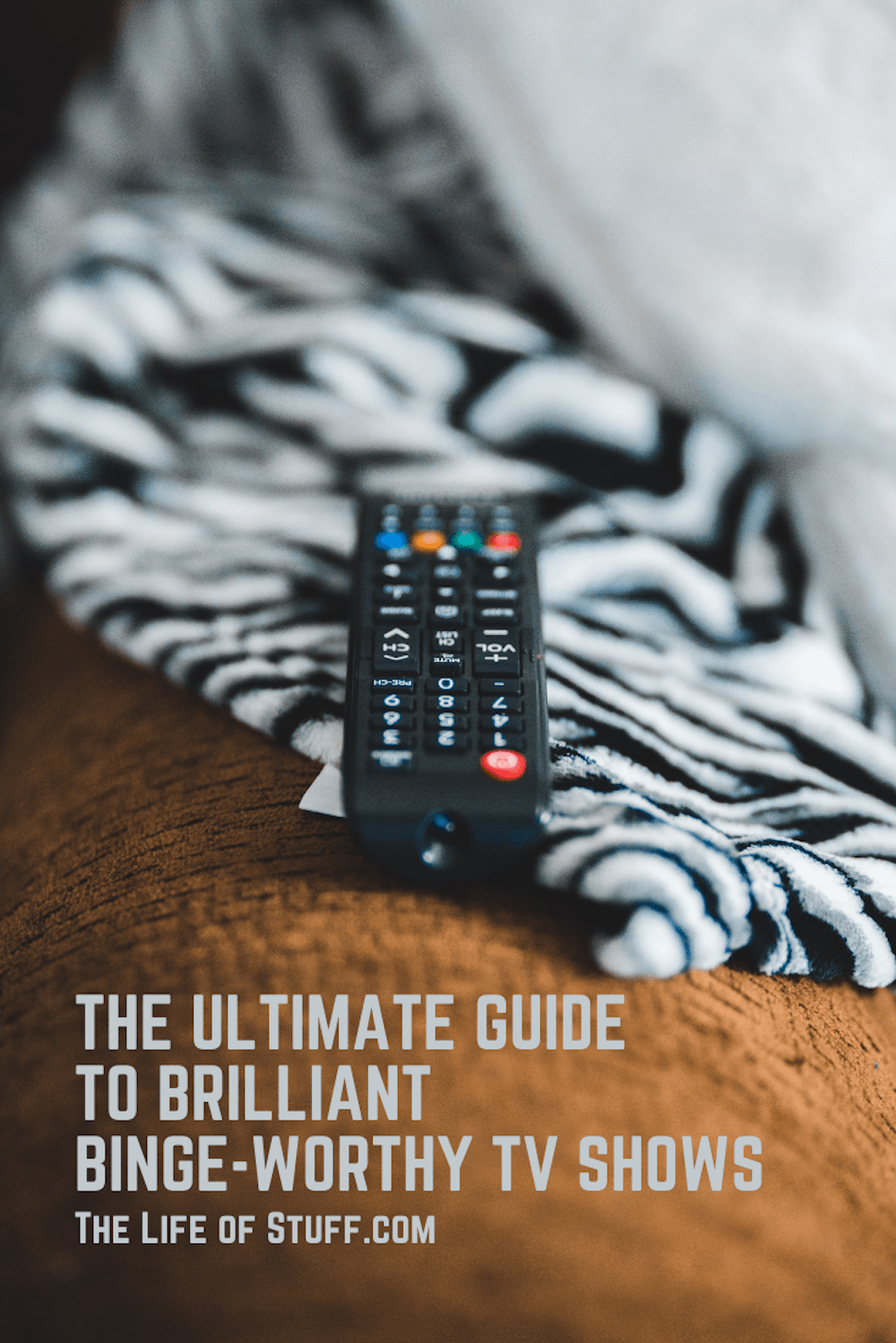 What’s On: Festivals this March 2018 on the Island of Ireland

What’s On this December 2015 in Dublin

What’s On this October 2015 in Dublin