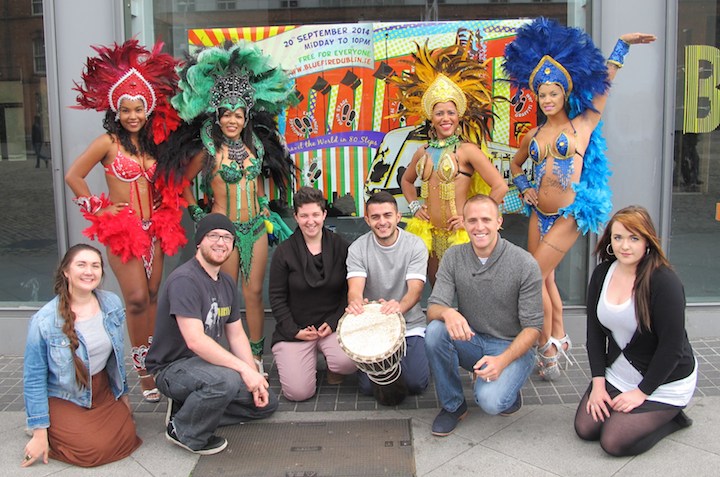 BlueFire Dublin is a non-profit social enterprise that aims to facilitate social and intercultural integration through music and the arts. Ireland is fast becoming a multi-cultural society with some 17% of our residents now foreign born (Source: 2011 Census) and BlueFire’s vision is to help bolster the interaction, experience, and integration opportunities for young people in Dublin through intercultural arts and music events.’ (BlueFire Dublin)

I’d like to start this blog post off by congratulating everyone involved in the making of The BlueFire Street Fest, you had a dream and you’re about to see it become reality in a couple of weeks … WELL DONE!!! and best wishes for a fantastic festival – I’ll be there to show my support! The other well done to be noted goes to the generous funders on Fund It who helped BlueFire Dublin raise the €8,000.00 they requested to set this festival up. To give you a little insight into BlueFire Fest here’s the video that went along with that request …

The BlueFire Street Fest takes place on Saturday, 20 September in Smithfield Square. Starting at midday, this free festival lets you travel the world in 80 steps in the heart of Dublin and is expected to attract as many as 8,000 throughout the day. Featuring a diverse line up of artists, musicians and street performers from around the world, this Aladdin’s cave of cultural delights is suitable for every one of all walks of life, from families to young people to those who pass through Smithfield square everyday and relax in the sun.

Keren Jackson, CEO at Blue Fire explains, “We’ve teamed up with local cultural organisations and businesses to bring you a fantastic intercultural festival in the historic heart of Dublin.” She adds, “It’ll be a great day out for culture vultures, families, music lovers and festival goers!”

The main stage lineup features some of Dublin’s most acclaimed world-music bands including Temple Bar’s beloved Irish/Polish band, Mutefish, Dublin Afrobeat Ensemble, a 14 strong outer-national group of Afrobeat exponents from the four corners of the world, Tig Linn, the band which performed in front of Obama and many others such as North Strand Kontra Band, Justine Nantale and Markas Carcas.

Jackson states, “We’re bringing something different to the Dublin festival scene. As well as great music, street performers and artistic workshops, we’ve some unusual events in the programme.”

An example is the Community Foundation for Ireland. They host their first ever ‘VitalTalks’ at the festival. Based on the widely popular ‘TedTalks’, they provide a platform for 18-25 year olds to share their experiences of life as a young person today. At the BlueFire Street Fest you can also brush up on your language skills or try a new language with their informal language exchanges.

Dublin Community Circus will be providing workshops alongside African Dancing, Drumming, Make your own Dreadlocks, those designed specifically for children and many others. There’ll also be a craft and food market and lots to keep younger festival goers entertained.

The BlueFire Street Fest takes place from midday to 10pm and is easily accessible via the Luas red line (Smithfield stop). There’s also a Dublin Bikes station in the square. 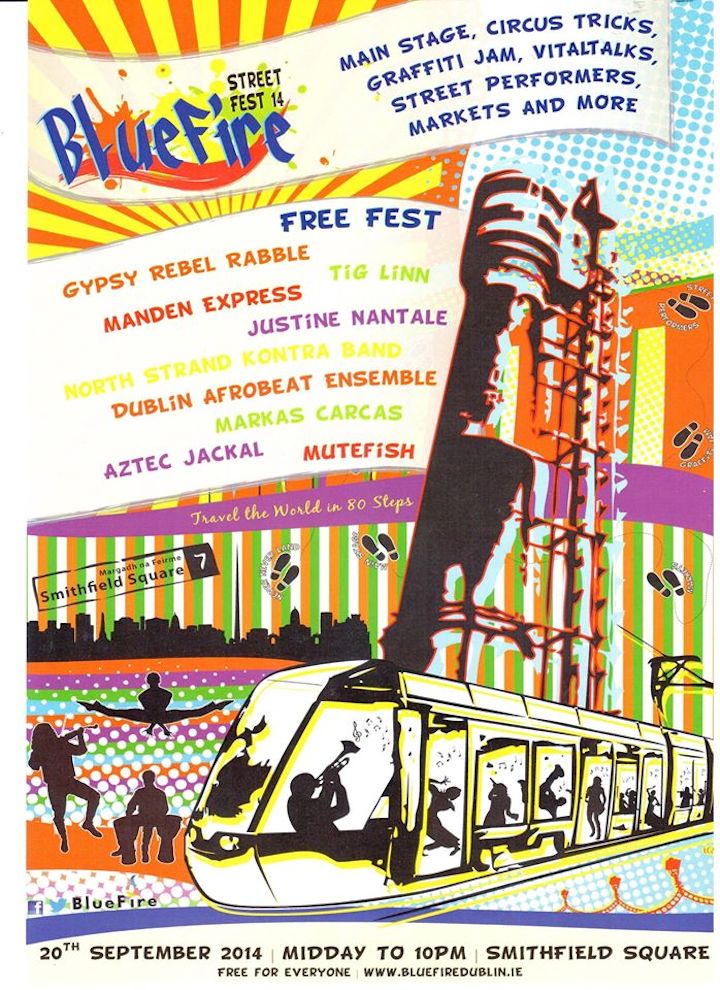 Theatre Upstairs - Out of Print