Standing at 98 feet tall, Christ the Redeemer is the largest art deco statue in the world and one of the New 7 Wonders of the World. 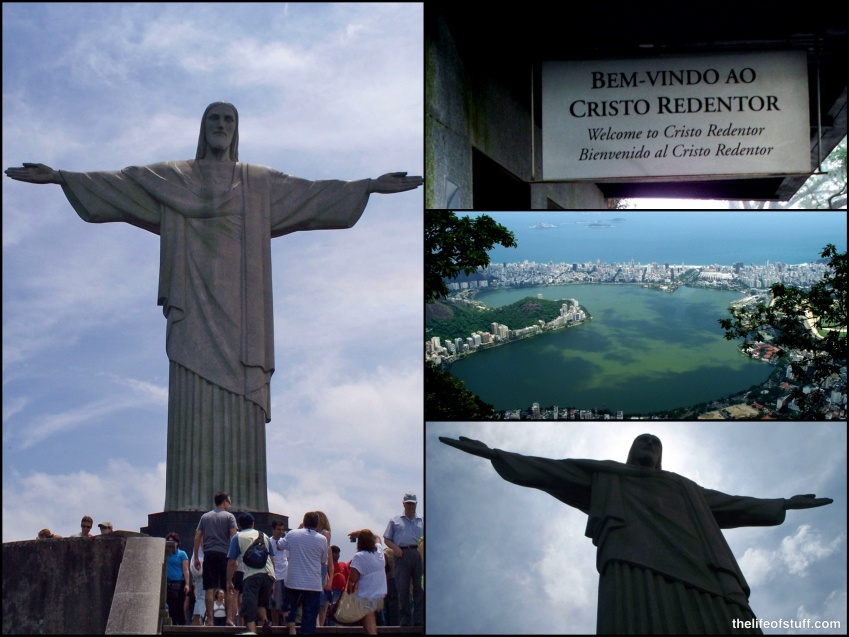 The statue stands arms out stretched (92 feet wide) to the North and South of Rio de Janeiro on the peak of Corcovado mountain in the Tijuca Forest National Park overlooking the city of Rio. 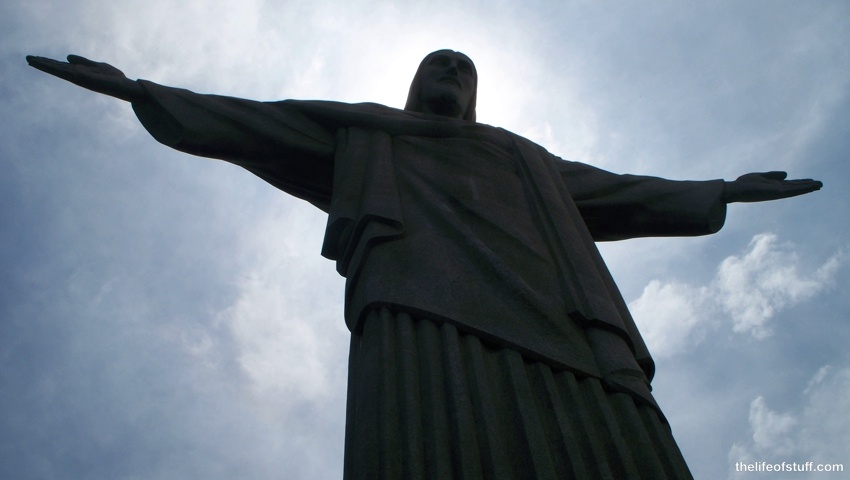 It was originally proposed back in the 1850’s but plans fell through until 1920 when a second proposal, backed by fundraising from Catholic groups and Institutes across Brazil ensured it got the go ahead. 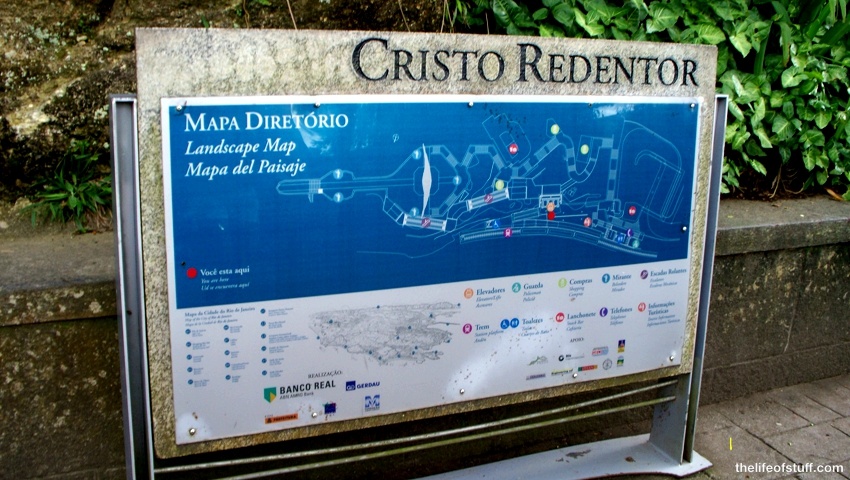 Designed by Heitor da Silva Costa from Brazil, the statue was sculpted by Polish-French sculptor Paul Landowski and Romanian Gheorghe Leonida. It took nine years to complete and was opened in October 1931. 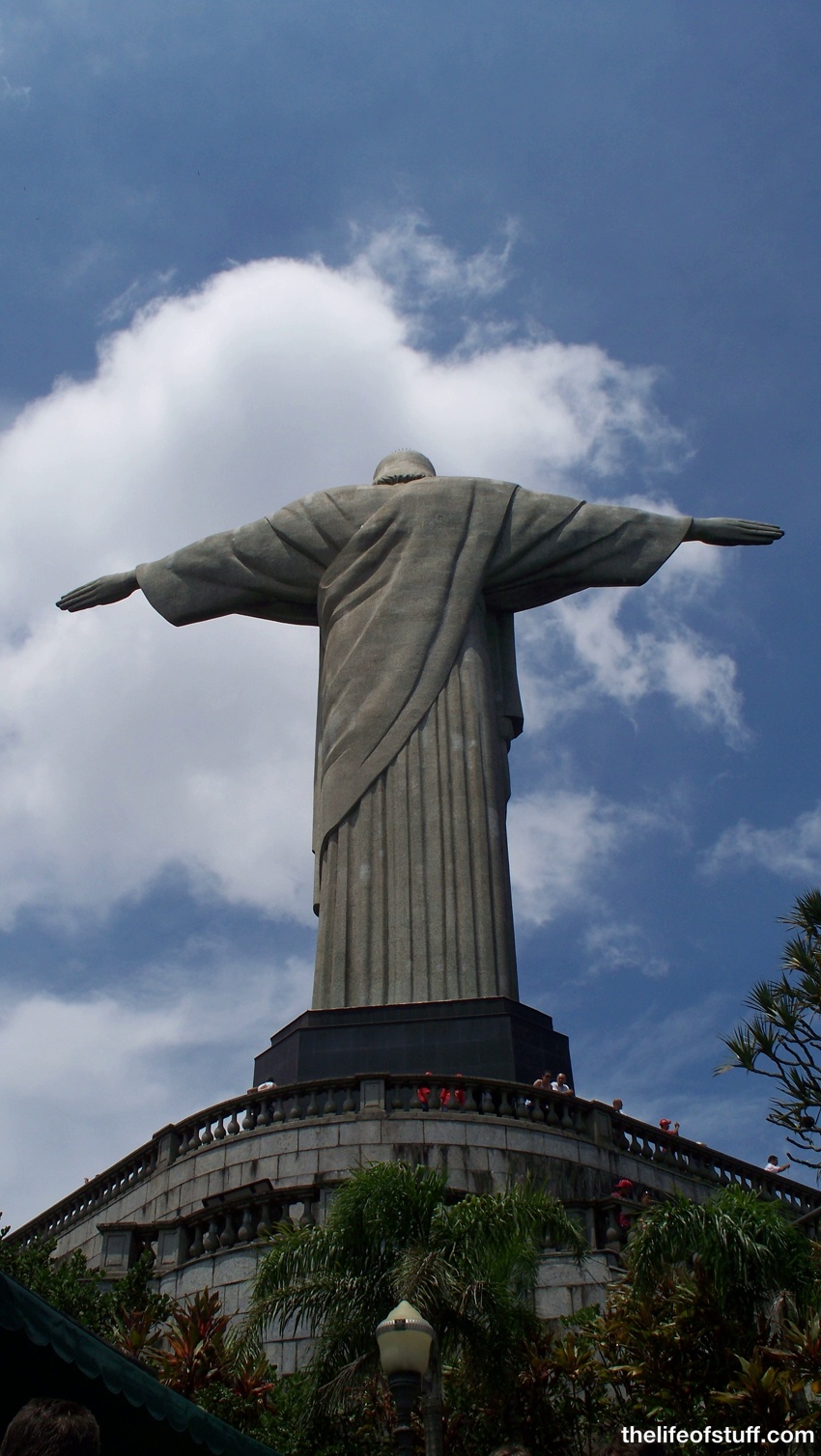 Standing on its 26 foot pedestal, totalling its height to 124 ft, this Jesus is huge but surprisingly not the tallest Jesus statue in the world, the largest is actually Cristo de la Concordia in Bolivia measuring at just over 132 ft tall. 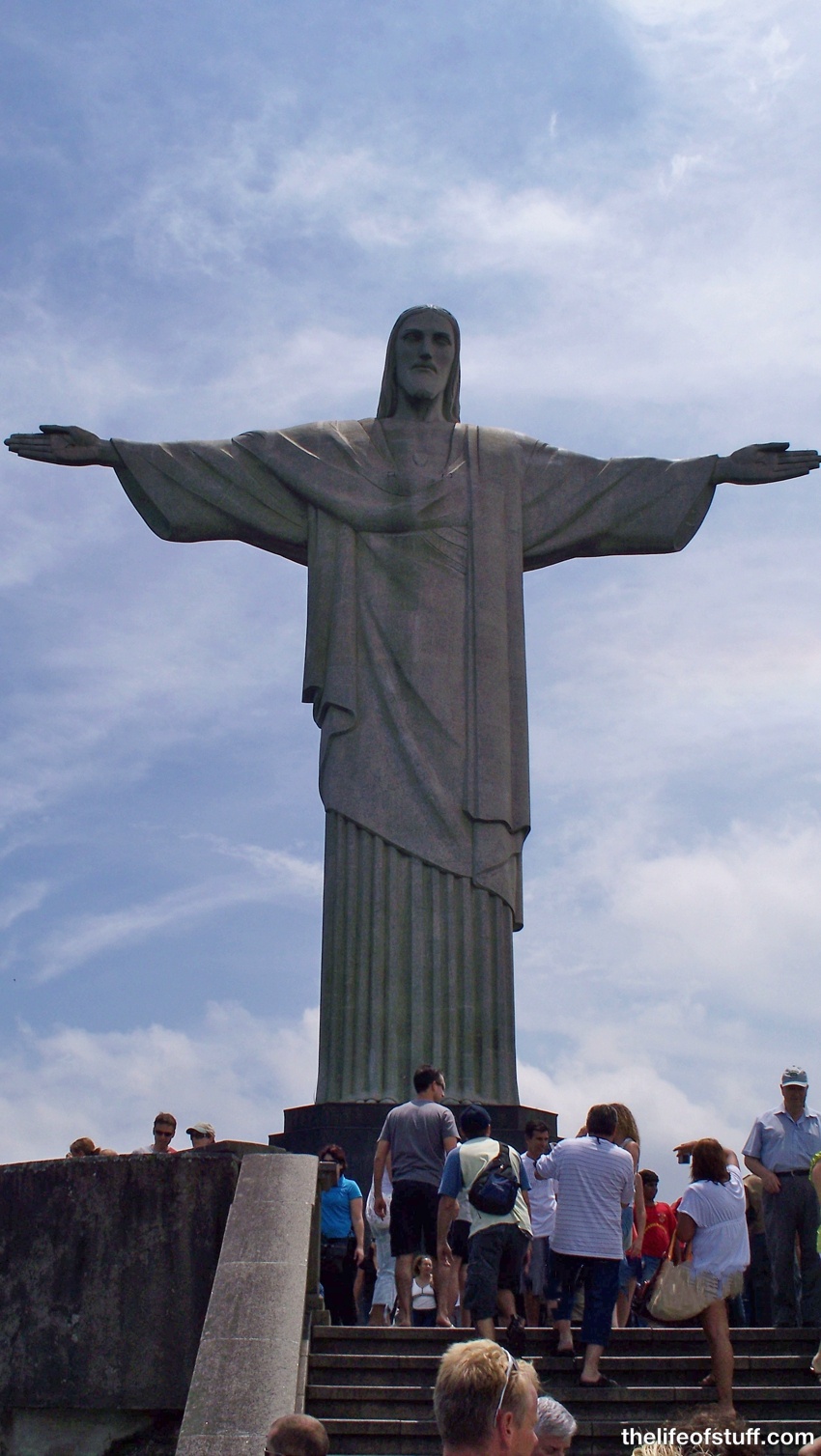 Although Christ the Redeemer is a statue of Christ which ultimately represents Christianity, thoughts on the statue nowadays don’t dwell so much on religious symbolism but more so a nations symbol as it is widely recognised in films and on TV as being the symbol of Brazil and the Brazilian people. 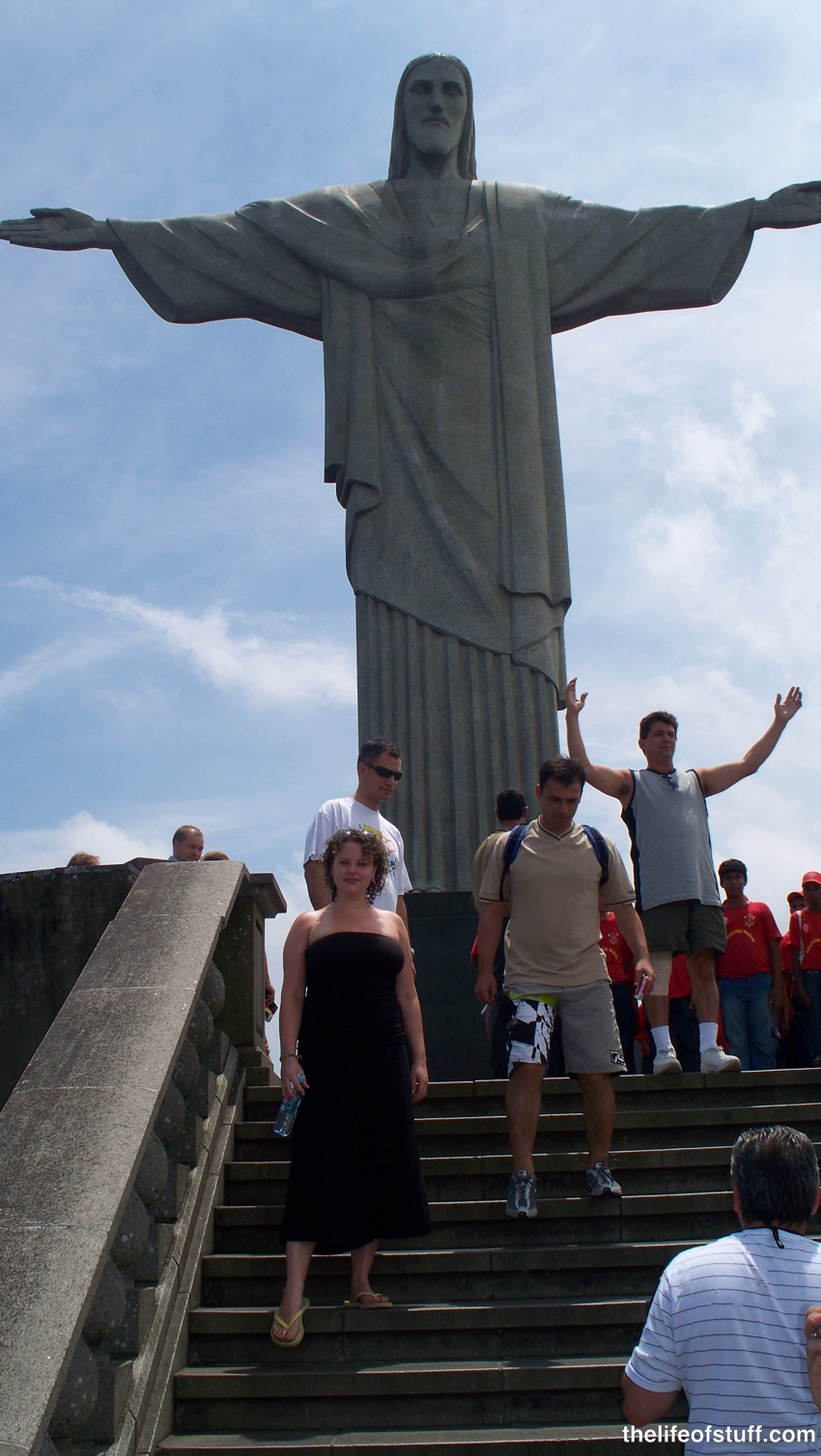 It’s relatively easy to get to the statue and very much a casual affair so wear what’s comfy. A train takes you up the mountain and when you get there you can use an escalator to get as close as you are permitted to. 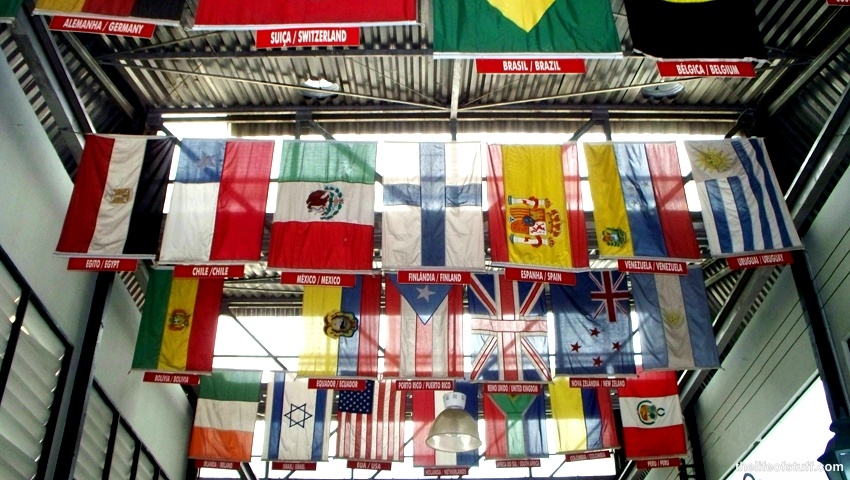 You’ll have to do some maneuvering to get Christ’s full arms stretched out into your photo’s with you in them, but it is achievable. How you pose is entirely up to you. 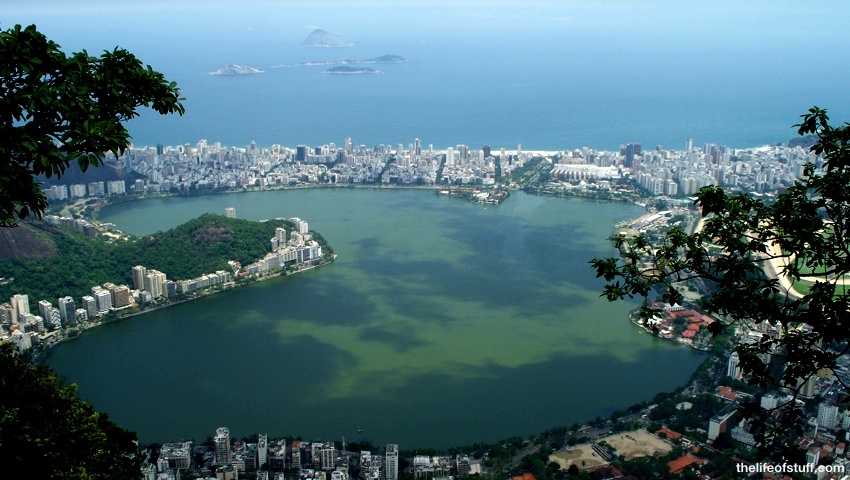 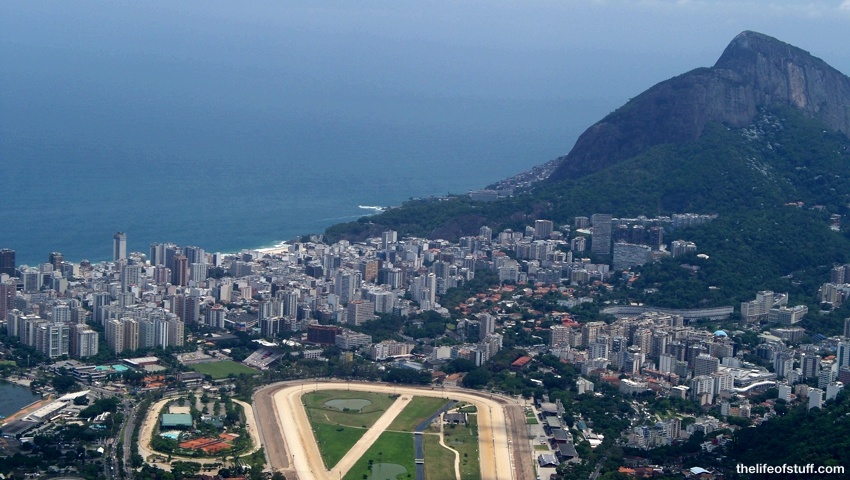 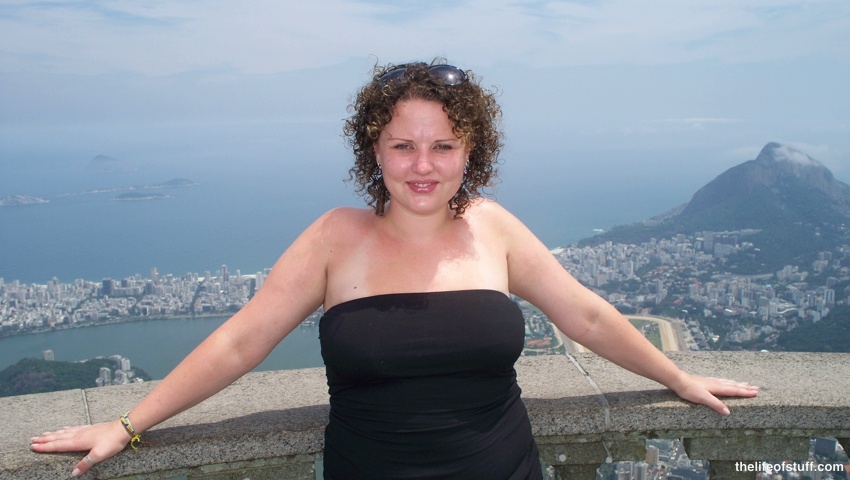 We visited in October and got a hot, humid, sunny day whose blue skies only had hints of cloud. We took our photo’s, some of which you are seeing now and then with what seemed like only a matter of minutes – the sky went grey (low cloud cover, mist, fog, smog?) and the beautiful view was gone (I felt for those who had just arrived). 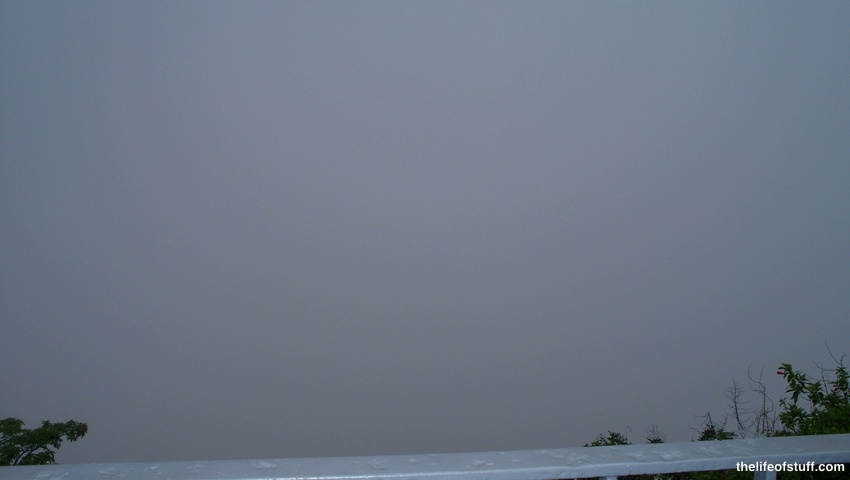 The moral of this story is to strike while the iron is hot when it comes to taking photographs. 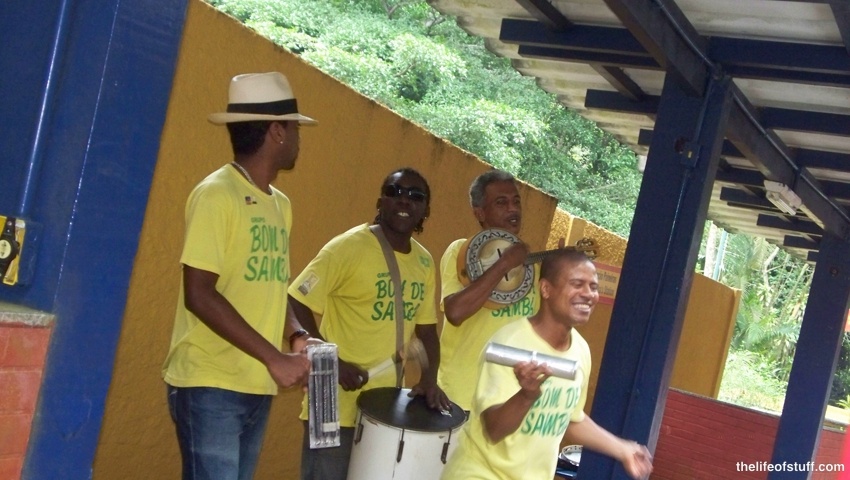 Our train ride back to ‘ground level’ so to speak was fun. If you are visiting, look out for the musicians who board the train playing Samba and dancing, they’re great fun to watch.

Happy Christmas 2015 from The Life of Stuff