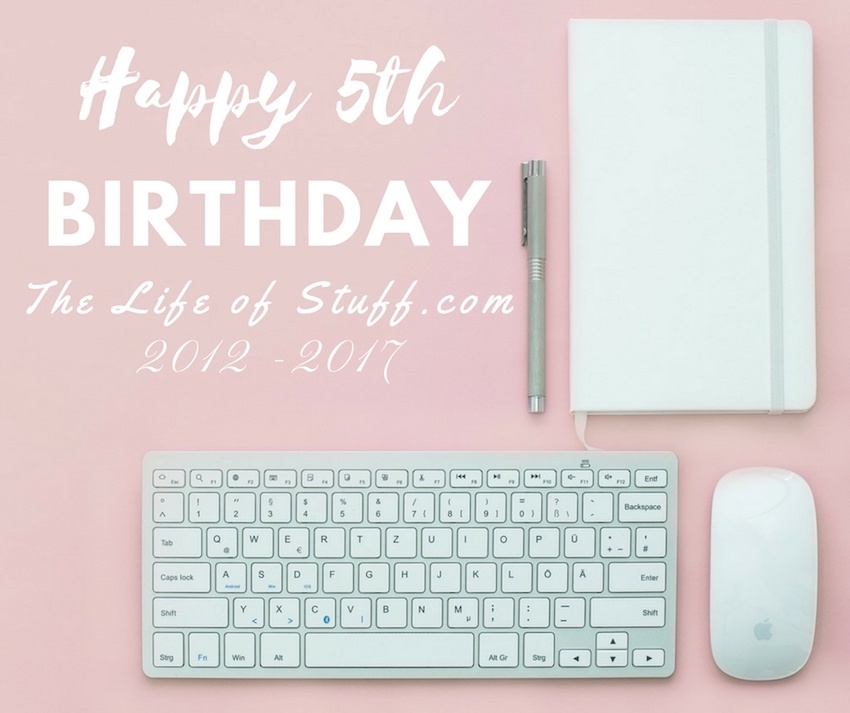 I published the first post on The Life of Stuff blog for the world to see on August 23rd 2012. Except the world didn’t see it for it was just a blip on the blogosphere. Five years later and The Life of Stuff will, in the very near future, be hitting the 500,000 page view mark. That’s one half of a million page views folks, and I’m happy to say that I’m proud of my little blip on the blogosphere.

However the best feelings I get from The Life of Stuff is when a reader connects with my writings and when I can shed light on a deserved person or place.

Here’s more about The Life of Stuff you might not know:

To celebrate its FIFTH BIRTHDAY, we’ve got some fabulous giveaways coming up so be sure to pop back and be connected on Facebook, Twitter and Instagram.

Win a Night PLUS Dinner at the Five Star Culloden Estate & Spa, Belfast

I’m not Racist but Am I Antiracist Enough?

The Life of Stuff: Wishing You All A Happy New Year 2018

A Very Happy New Year 2017 from The Life of Stuff

Happy New Year 2016 from The Life of Stuff

The Life of Stuff is Turning 3 Years Old !!!

Why Becoming A Mother Won’t Define Me … as a Blogger