Theatre of Food at Electric Picnic 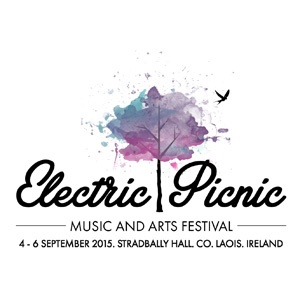 Food for Life! is the theme of this year’s Theatre of Food, one of many favourite areas at Electric Picnic Music & Arts Festival in Stradbally this September. The dedicated food area serves as homage to all things gastronomic with a host of activities including food demos (including those to beat a hangover), wine tasting, mixology demos, debates, food sampling and more which are on offer to the thousands of Picnickers that will wander through the smorgasbord of activities in Stradbally Hall from September 4th-6th. 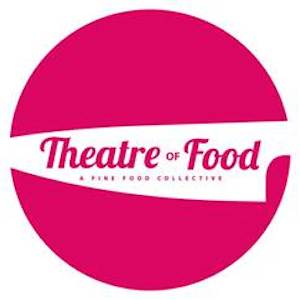 Commenting on the launch, Sally McKenna of the McKenna Guides said “Theatre of Food at Electric Picnic has become a great melting pot and meeting place for the most talented people in Irish food. It is always a great privilege to bring together the best chefs, artisans and food professionals to work towards putting on a spectacular food event in such an enjoyable setting.”

The central theme of Food for Life! features in two classic demos from two family pairings; David & Stephen Flynn of The Happy Pear, and Domini & Peaches Kemp. The sibling sets will each demo recipes to help you feel and look better to live to healthier lifestyle. The Flynn brothers or the Happy Pear were on hand today to help launch Theatre of Food, helped by some young foodie fans.

David and Stephen Flynn said “Irish festival-goers love great food and the Theatre of Food will be this year’s Electric Picnic festival destination for anyone interested in eating well and feeling great.  We’re really looking forward to sharing our passion for super tasty wholefoods and tips on how to achieve a healthier and happier lifestyle.”

This fifth Theatre of Food has contributions from starred chefs, celebrity chefs, acclaimed chefs and Ireland’s leading food writers. Once again several Michelin-starred chefs will be involved with Theatre of Food including – JP McMahon and Kevin Thornton. New to the Theatre for 2015 is Kwanghi Chan from Soder + Ko in Dublin, Masterchef winner Diana Dodog, whilst the much-acclaimed chef Aine Maguire, from Westport’s The Idle Wall, returns to Electric Picnic with a demo showcasing food to get you through a hangover. (We’re expecting a few queues at this one!)

As ever in the Theatre there is fun to be had with drinks and cocktails. Picnickers will hear from craft brewers, the Brown Paper Bag Project, experience a wine, beer and chocolate tasting from two of Ireland’s leading wine experts, John Wilson and Leslie Williams. Oisin Davis is back, talking about mixology and whiskey, and this year there will be a very special cocktail demo from Ireland’s favourite Diva, Shannen Butler-Keane, who will demonstrate how to set up a Bloody Mary Bar amongst other skills.

Design in Food is a feature of this year’s Picnic and our food design elements include food stylist Johan van de Merwe, modern Irish chef skills from JP McMahon and a frozen CO2 display that turns beer into ice cream from Judith and Susan Boyle.

As music is such a big part of the festival, many of our food collective are people who love both music and food. This year food writer and former Hoot Press rock journalist, John McKenna is presenting Let Music Be Your Food with Niall Stokes, editor of Hot Press, Kevin O’Toole from Dublin’s Chameleon, Niall Toner of the Sunday Times, TV chef Gary O’Hanlon, Shannen Butler-Keane and front-of-house supremo Bridget Healy.

Two of the Euro-Toques young chef winners will be in Stradbally this September with their masters. Picnickers can look forward to Wagyu Beef from Pat Whelan; Ireland’s Food Treasures from TV chefs Catherine Fulvio and Martin Shanahan; Paul Flynn giving a rant and Louise Clarke from Nude Food in Fungarvan will be cooking up a Vegan Feast.

Theatre of Food takes place in the Mindfield area of Electric Picnic. The event is curated by McKennas’ Guides, and produced by VSC Events.

Come and taste at Theatre of Food, with foods from our Theatre kitchen, run by award-winning chef Caitlin Ruth and Bridget Healy. Taste a Roast in a Roll from The Good Food Store, Goatsbridge Trout, and food from the Ardkeen Food Heroes.

Food Waste, the issues and solutions of this global problem. A Food Quiz – the celebs versus the starred chefs. BiaBeag, the Butcher, the Baker and the Brewer and our music session that gets everyone in the tent dancing, Let Music be your Food.

This year sees a new award added to the traditional Judges Award and Picnicker’s Award, when a Design Award will also be given to the best-dressed food stall.