The Absolut Fringe Festival is 18 years old this year so Happy 18th Birthday Absolut Fringe! and the celebrations have already begun!!! They started on September 8th, and the party will go on until September 23rd!!! What a party celebration and … Oh to be 18 again!

….but reminiscing aside, I really want to join in on the birthday celebrations of 18 years of fantastical culture – Theatre, Dance, Music, Comedy, Spectacle, Visual, Live and Public Art that the Fringe Festival has given us year after year… but where to choose? … how to choose? … when to choose? … how much is it to choose? … and most importantly what to choose? 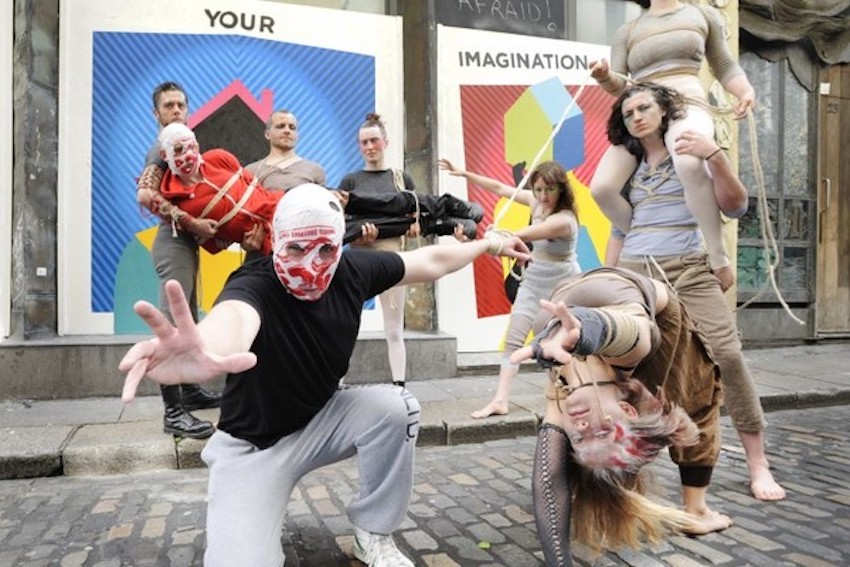 Absolut Fringe Festival – The Where ?

There are over 40 venues north and south of the Liffey involved in this fabulously artistic festival, from the independent low cost art gallery The Little Green Street Gallery to one of my favourite haunts the funky live venue The Workmansclub, from the renowned Bewley’s Cafe Theatre to the esteemed Project Arts Centre.

It’s easy to book tickets, there’s the FRINGEFEST.COM site, or the Fringe hotline 1850 374 643 or you can even do it in person (obviously depending on the availability of seats) … so there’s no excuse!

Absolut Fringe Festival – The When ?

As mentioned the festival celebrations did start on September 8th but the birthday badge won’t be put away until September 23rd and starting everyday from as early as 12.00pm with final acts/shows at 10.00pm, and with up to 525 events over the 16 days it shouldn’t be too hard to find a time that suits.

Absolut Fringe Festival – The How Much ?

Tickets range from free (there aren’t too many of those) to €9/€10 for matinees/previews to €12/€16 for most regular viewing times with €25 being the most expensive ticket price I’ve seen. Although on checking the FRINGEFEST.COM I have noticed special offers on not only tickets but on food and drinks around the city for places like Foam Café, (which is probably my favourite cafe as long as I get a couch upstairs), Munchies and Bobo’s.

Absolut Fringe Festival – The What ?

This is where I really have to take more than a few moments to decide. The Playground sounds very exciting, an interactive game that takes you, the player on a hunt around Dublin City … oh! Or how about a Dublin accent pronunciation class taught by a couple of local lads, My Fair Mot. Or how about Briefs, death defying acts of burlesque-ness with balls! Oh la la!!! Or how about Fergal McCarthy’s Word River, a one on one experience with the artist on the River Liffey or The Wine Goose Chase, a chat about wine perhaps? The list goes on … but don’t just take my word for it … FRINGEFEST.COM

Oh and to make it even easier to see what’s on, what it’s about and keep up to date with facebook and twitter posts you can download the brilliant Fringe Festival App here