I, Keano Live at The Olympia, Dublin 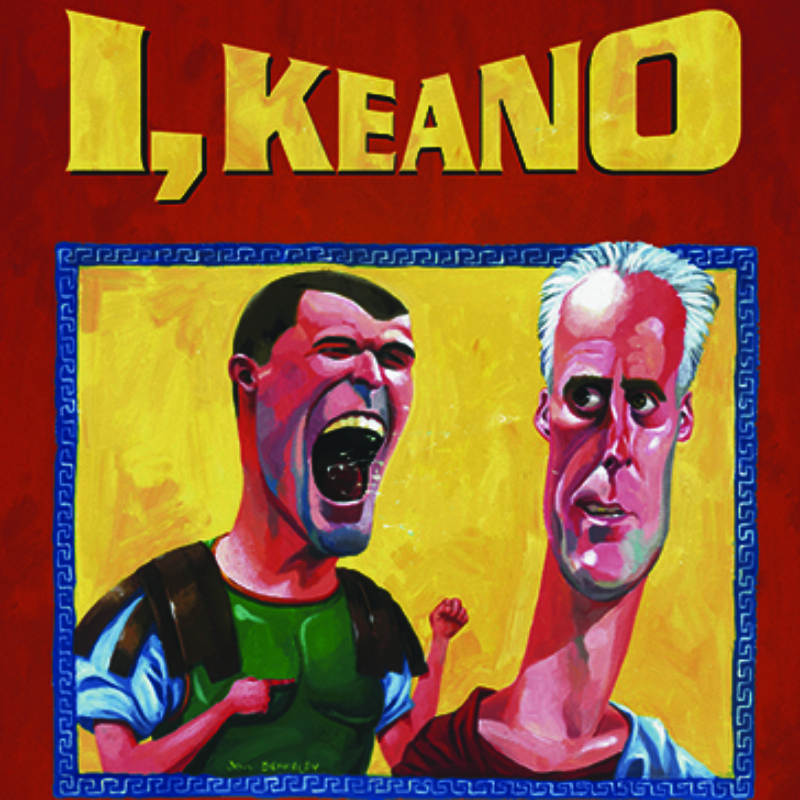 There are a couple of perks to being a somewhat successful blogger and freelance writer and one of those are invites to events, plays, gigs and the likes. I’m always very grateful and attend and support when its viable or when I can. Most recently I thankfully received an invite to the Opening Night, (Saturday March 28th) of I, Keano. I’d heard great things about the play from the first time round, back in 2005!, yes 2005 folks! but hadn’t had the chance to attend. This time round was no different (so far), and I sadly wouldn’t make the play on Opening Night … 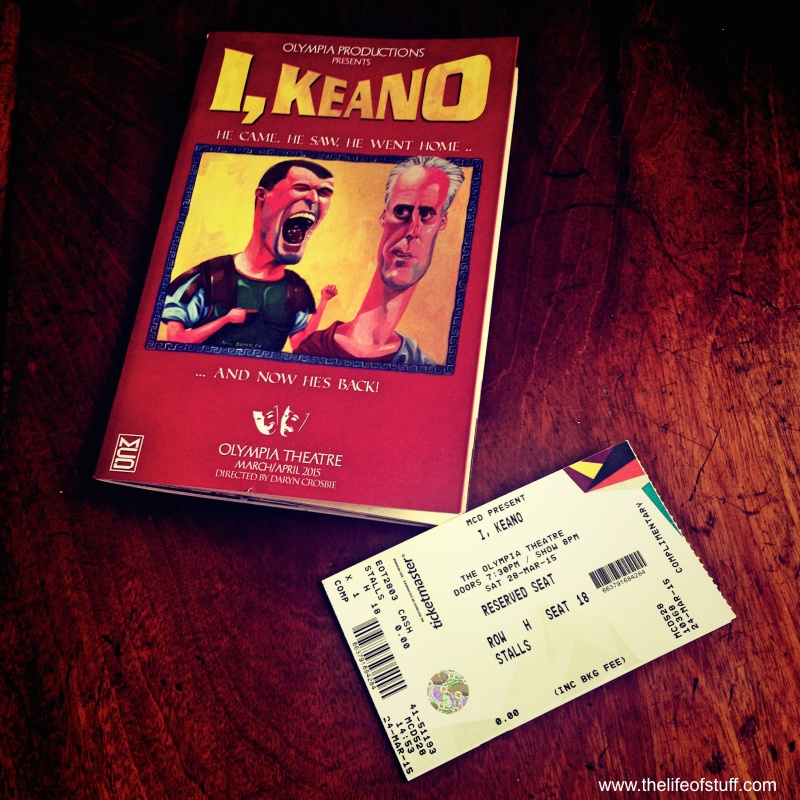 However ‘waste not, want not’ as my mother says, so I invited my darling sister and her lovely fiancé to the play to both represent me and get the goss on whether it really is all that it’s craiced up to be and all that funny.

It is ‘all that funny’! because when I met with said sister and future brother-in-law over breakfast on Sunday morning following the play, they were happily revelling about it and still chuckling away to themselves and to me. They loved the production and said there appeared to be a full-house on the night with lots of stars in the audience as well as on stage. I had no doubt in my mind that my sister’s fiancé would get the story as he is an avid football fan. He was blown away by the characters, in particular Gary Cooke who plays Dunphia and Fergie. My sister’s feedback interested me because like me, she has an interest when Ireland plays football but would not always be clued up on all the goings-on behind the scenes. I wanted to know if this would have any influence on her and her enjoyment of the play – absolutely not. She loved it and was very impressed with Síle Seoige’s voice, the lady can really sing! It was well-written, rightly sung and  brilliantly portrayed. Giggles and laughs at breakfast are the sure signs of a great night and a great experience.

I, KEANO
The Smash-hit comedy returns to the Olympia Theatre this March

Roy Keane is, as we all know, very much back – and now so is I, Keano the smash-hit comedy musical as it returns to Dublin’s Olympia theatre this March 2015.

Olympia Productions have just announced that STEPHEN JONES will join the cast as KEANO and returning to their roles are DESSIE GALLAGHER as MACARARTICUS and GARY COOKE as DUNPHIA and FERGIE.

To celebrate Roy Keane’s decision to concentrate exclusively on his role with the FAI as assistant coach, Olympia Productions are bringing back his alter ego, Keano, in the smash hit comedy musical I, Keano, written by Michael Nugent, Paul Woodfull and Arthur Mathews.

Tickets from €25 including booking fee are on sale now from Ticketmaster outlets nationwide and online. This is a limited run, from 25 March to 12 April 2015 in Dublin’s Olympia Theatre.

The unforgettable Keano, Macartacus and Dunphia are now as much part of modern Irish mythology as their real-life counterparts who prepared for the 2002 world cup by forgetting to bring footballs to an island that had no football pitch.

Now that the real-life Roy is firmly part of the establishment, the fictional Keano’s frustration and fury are even funnier. If you saw and enjoyed the show before, you’ll enjoy it even more knowing what we know now, and if you somehow missed the Saipan saga first time round, you will love the absurdity and hilarity of our generation’s civil war put to music.

GARY COOKE is an actor, satirist and writer who is one of the stars, on-screen, of Apres Match and on stage as Fergie and Dunphia in I, Keano from 2005 and 2007. He also co-wrote and starred in the musical MacBecks.

Reviews of the original production said:

Tickets: From €25 including booking fee

Buy online www.ticketmaster.ie
Buy by phone from Republic of Ireland 0818 719 330 or from UK and NI 0844 847 24 55
Buy from all usual Ticketmaster outlets nationwide.
In person at The Olympia Theatre Ticketmaster box office, 73 Dame Street, Dublin 2.