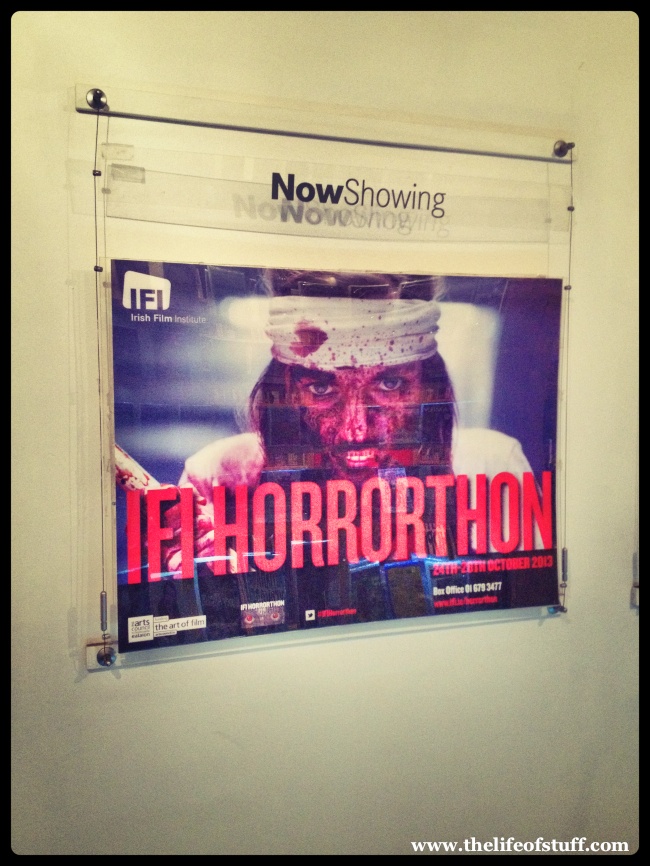 You may remember this post here when I mentioned what I’ll most likely be up to this week well you know Halloween is trick or treating around the corner when the IFI Horrorthon comes to Dublin Town. Last night it all kicked off with the Irish Premiere of In Fear. I was lucky enough to witness both this opening film for the IFI Horrorthon 2013 AND see and hear in person, the films’ director Jeremy Lovering speak about the making of the film. Nice.

‘A young couple get lost driving at night, in the woods, where a malevolent stranger waits. Claustrophobic and tense, this is a suitably chilling opening to this year’s festival.’

… and it sounded right up my street, a Horror-Triller. Dark, possibly sinister and involving some sort of sociopath. 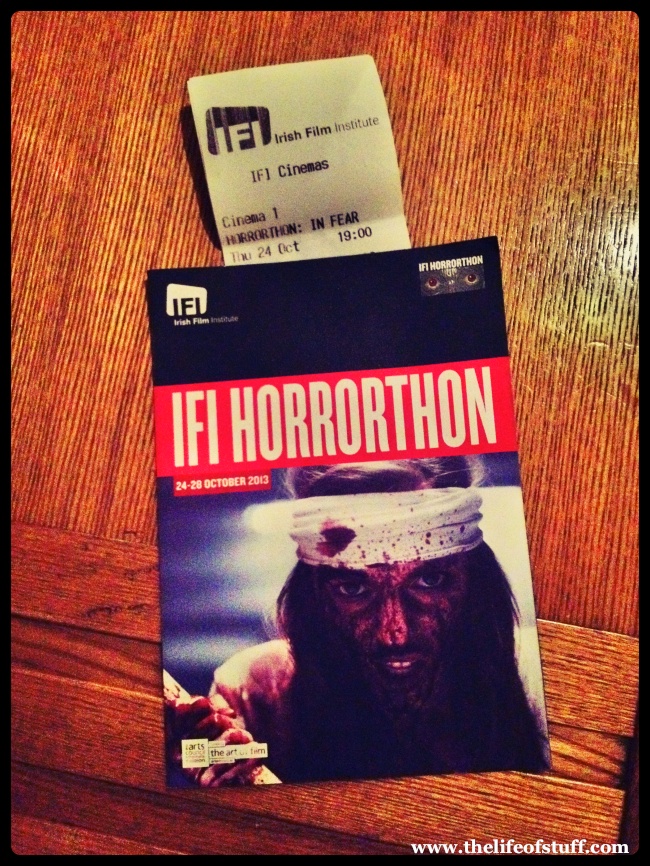 In Fear is based in Ireland, although funnily enough it wasn’t actually filmed here. It has three main characters, the boy, the girl and the stranger. The boy, Tom, actor Iain De Caestecker, decides to surprise his crush, the girl, Lucy, actress Alice Englert with a night in a hotel before they meet up with their friends at a festival. Stopping off in a pub in the middle of no-where and after a swift exit from same pub, they are under instructions from the booked hotel to wait outside in their car for someone to show them the way … and the slippery slope of terror begins! Tom and Lucy follow, in their car, an unknown driver who abandons them at a crossroads and leaves them to drive through the wild and ever darkening countryside with no phone signals, useless Sat-Nav and a vague map. Driving in circles and getting nowhere, Tom and Lucy’s spirits are quickly breaking and strange happenings and eerie shadows that move alone add to the ever growing tension between them. This tension exceeds when out of the dark on the winding roads they hit a stranger, Max, actor Allen Leech … and so begins the real demise, Tom and Lucy are In Fear. 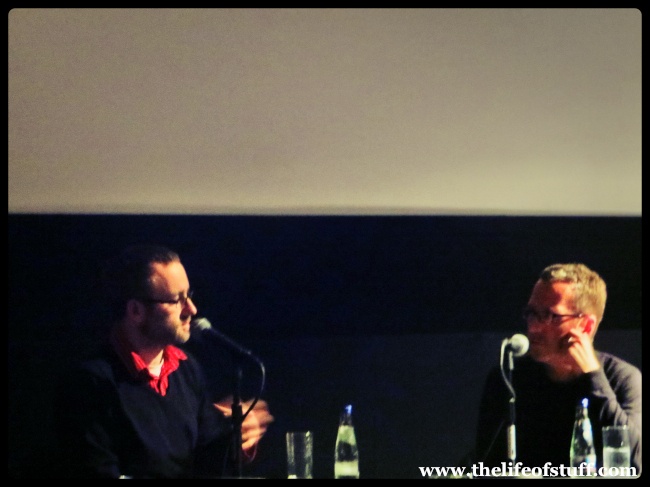 Jeremy Lovering captured real fear throughout the film as he did not give actors Iain or Alice scripts but instead put them in a situation and gradually gave them words or snippets of his script to lead the way of the film he envisaged. Iain was chosen for his part as he understood the role of the alpha-male and Alice was chosen as she understood fear. Actor Allen, was in on the script and story. He was constantly aware of what was going to happen. Jeremy said during the post-screening Q&A, that filming the way he did, provided him with first reactions which ultimately adds the trills to the film. Helping the story along he would often give Iain and Alice different direction to cause conflict and tension, which also shone through in the film.

With dramatic sound design, film melodies and camera work, I found myself jumping out of my skin on more than one occasion. If you are a fan of The Hitcher, The Vanishing, The Ring or Deliverance then you will notice these influences in the film. I’m a fan of these films which makes me a fan of In Fear.

For more information on the IFI Horrorthon 2013 and for the full programme you can visit this link here.

Win tickets to Hats Off to Led-Zeppelin in Dublin!