… before it returned to these fair shores for the Irish Premiere at the Screen Cinema in Dublin on Thursday last, May 1st. It was written by Fiona Graham and produced by Fiona Graham and Angela Murray. Konrad Begg directed the film and the stars of the film, in front of the camera make up for an … 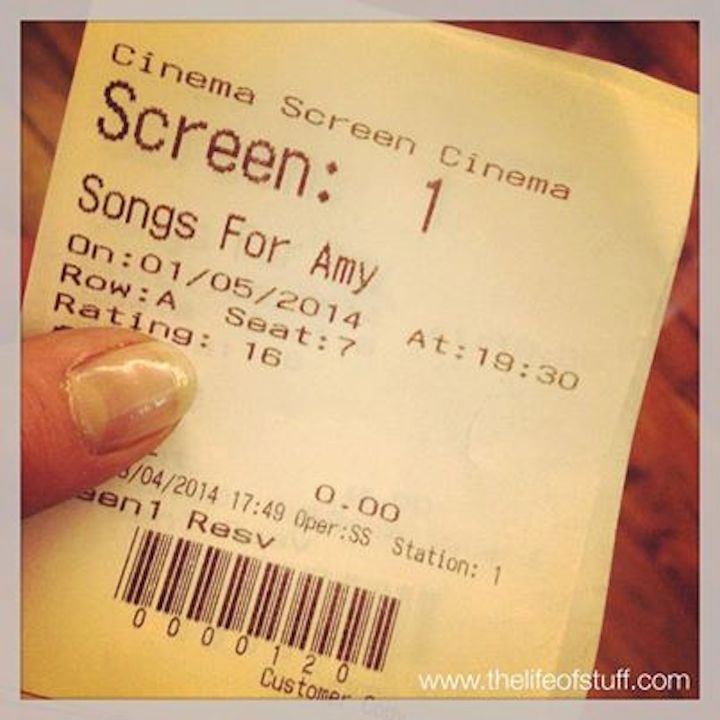 I was gratefully invited to the ‘Advanced Media Screening’ of the film back in April and felt terribly important. Unfortunately I couldn’t attend but the lovely folk at Mission PR kept me in mind for the Premiere on Thursday which had a handful of stars from the film in attendence and an aftershow party featuring live music from the brilliant Alabama 3, Ultan Conlon and Jim McKee – who all feature on the film’s soundtrack. (I didn’t make the aftershow party. I wanted to, but couldn’t, I’m sure it was a blast – those Alabama 3’s look and sound like they know how to party!). The film’s soundtrack also features Eleanor Shanley, Tom Paxton, Glen Campbell and Jono McCleery, FYI.

I’d read a little bit about Songs for Amy before I went along on Thursday. I knew it was Irish and I’m a huge fan of Irish Film. I knew it was based around the music scene of Galway. I love music and Galway. I knew it was a love story … and that’s where I thought I’d have an issue as I’m not the biggest fan of lovey dovey films and would rarely if never watch them on the Big Screen but then I thought, there is a difference between a love story and a romance. Sure all films are love stories. Not all films are romances. A love story I’ll watch happily on the Big Screen, a romance, I tend to watch occassionally but nearly always from the comfort of my couch. Songs for Amy is a love story but it is actually much more than that and the short trailer I watched before the screening was quite deceiving because it’s very funny. Perhaps not the whole way through but enough to make you laugh out loud and reminisce on the funniest parts when it’s all over, but sure that’s the way of the Irish isn’t it? … and that’s the way of love … all fun and games until someone gets hurt.

Songs for Amy is being screened across Ireland at selected IMC Cinemas – if it’s on near you, go see it over the long weekend for the craic

The Life of Stuff and the Groupon City Guide for Dublin