With beautiful animation and a soundtrack dominated by the musical talents of world renowned Irish Artists; Kíla and Lisa Hannigan, a star studded cast including one of my favourite actors Brendan Gleeson, Song of the Sea opens nationwide from tomorrow and should definitely be on your ‘one to watch list’ 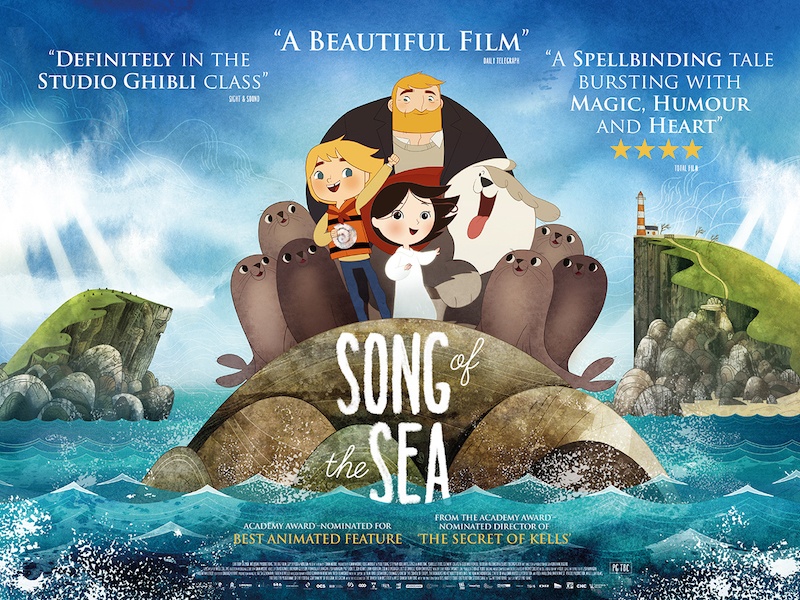 (Between here and between there

Since it’s nomination for an Oscar in February this film, Song of the Sea, by Cartoon Saloon, has been one of the most widely anticipated releases of 2015. A story about Ben and his selkie sister and their travels through Ireland, into the fairy world and back home. The story originally devised by director Tomm Moore with the screenplay written by rising star Will Collins, is a delight and a must for the family.

One the most important ingredients of the film is the musical collaboration between Irish group Kíla and French composer Bruno Coulais. Their previous collaboration on Cartoon Saloon’s début animated film, The Secret of Kells, is still wowing audiences. The delicate tapestry of European classical motifs and Kíla’s world/Irish music instrumentation and nuances gives the music a remarkably rich texture.

Added to this, for three subtle songs throughout the film, is the soulful voice of Lisa Hannigan. Making her acting début Lisa is the voice of Bronagh in the film and she captures the loneliness of the mother who exists between worlds beautifully in the title track Amhrán na Farraige.

Kíla have also composed the music on the recent award-winning TG4 documentary Bhí Mé Ann – a hard-hitting yet up-lifting and emotionally challenging look at the troubles in the North of Ireland. The music was widely and favourably commented on by  those who watched the programme.

Kíla will soon begin a new project with Cartoon Saloon, TG4 and Connemara based production company, Sónta. They will take 12 songs and 12 singers, record them and allow 12 film directors to direct 12 animated videos to the songs!