Beirut is an indie, rock, multi-instrumental American band. Their music is ‘often synonymous with the exotic mysteries of world travel’ (www.facebook.com/beirutmusic). The band formed around lead singer, song writer and musician Zach Condon back in and around 2005/2006 with the release of their first album Gulag Orkestar. Before the band formed Zach wrote and recorded most of the album himself, playing the majority of the instruments – trumpet, ukulele, accordion, organ, piano … that’s some talent and some going! 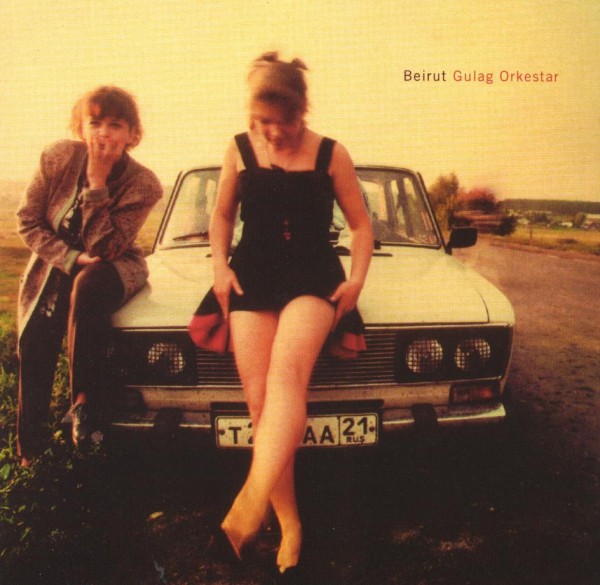 Beirut has always kept to about six or seven members, these have changed over the years. And has consisted of many talented musicians including Kelly Pratt of Arcade Fire fame. However today it mostly consists of members Zach Condon (obviously), Perron Cloutier, Paul Collins, Ben Lanz, Nick Petree and Kyle Resnick with each musician multi-talented in their ability to play different stringed, horned and percussion instruments.

I love this album and have spent many a day and night spinning and dancing around to it … yes spinning … it has that effect on me! My good gentleman and I got to see them perform most of this album back in August of 2010 at their Dublin Tripod gig, and what a treat that was. A brilliant gig. A great crowd and what topped it all off, we ended up drinking with the band later. We actually brought them to one of our favourite haunts at the time, near the Tripod – Whelans on Wexford Street. My memory of it is fuzzy but it’s a good fuzzy memory – us all traipsing down the road together.

Beirut has released three EP’s and two albums, The Flying Club Cup, 2007 and The Rip Tide, 2011, since the making of Gulag Orkestar and returned to these fair shores last year, performing at the Forbidden Fruit Festival in Dublin, alas I wasn’t there. I will be at the next gig here. I plan on it.

For your enjoyment I have included two of my favourite songs from the album and they match two great videos. The first is track 4, Postcards from Italy and the second is a live version of track 2, Gulag Orkestar … Enjoy!