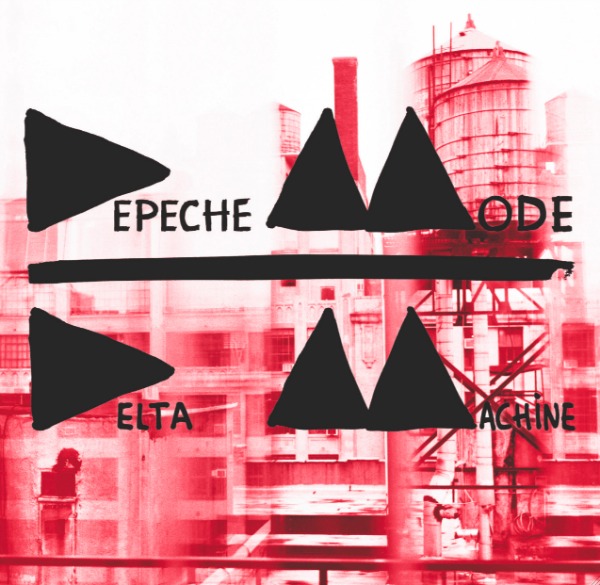 Delta Machine is Depeche Mode‘s 13th Album … the 13th Album in 2013 … lucky for some. They have released a new album every four years with coinciding tours since 1993. Great pub quiz questions and obvious knowledge of Depeche Mode fans who have more than likely been awaiting their new album for well, four years! Depeche Mode, an alternative/electronic band, began in 1980 in the UK and are Dave Gahan (lead vocals), Martin L. Gore (songwriter, keyboards, guitar and vocals) and Andy Fletcher (Keyboards). Delta Machine was released last week, March 18th, a week before they planned on releasing it. Don’t ask me why as I don’t know, all I know is that I downloaded it tonight and I’m liking what I hear.

Depeche Mode invite you into Delta Machine with ‘Welcome to my World’ in all its glory. Listening to it I could imagine it being used in the next big movie blockbuster … I could picture cliff tops, underwater shots, soaring aerial shots … I like it. They say goodbye with the bluesy track 12 – Goodbye, which I have to admit reminds me of another Depeche Mode song which I can’t put my finger on, please leave the answer if you know. In Between you are treated to 10 typical Depeche Mode songs, and I mean that in the best way possible. Songs that stood out for me were Track 5 – My Little Universe, Track 11 – Alone, Track 12 – Sooth My Soul and from the Bonus Disc Track 3 – Always. These are my initial favourites on the album from only one or two listens.

With the release of the album comes the coinciding tour which kicks off in May and visits 25 countries but alas not Ireland. Depeche Mode released Track 3 – Heaven back in January and Track 12 – Sooth My Soul, yesterday … so I’ve included the videos below for your enjoyment. You’re Welcome 🙂

Best Beauty Buy in a While - Benefit They're Real Mascara