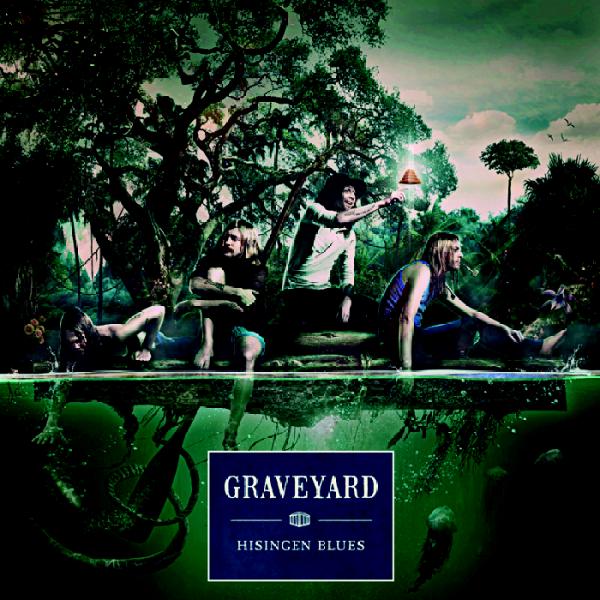 I was introduced to this band in a tattoo parlour in Dublin City over a year ago … maybe one day I’ll share with you why I was there (it’s kind of obvious really) and perhaps one day I may even show you … perhaps. Anyhoo I was introduced to them (not in person – that would be a totally different blog post!) and loved them.

Graveyard are a four piece band comprising of Joakim Nilsson on guitar and  vocals, Jonathan Ramm on guitar, Rikard Edlund on bass and Axel Sjöberg on drums. They hail from Gothenburg in Sweden and could be described as a psychedelic, heavy rocking bluesy band … or  maybe not. I’ve seen them described online as a mixture of Black Sabbath, Led Zeppelin and Rolling Stones. One article I read likened their music that of infused sixties and seventies music … and to give credit to all the above, it is true. They are as I said a psychedelic, heavy rocking bluesy band.

Hisingen Blues rocks. It’s the perfect accompaniment for … a crisp non-workday morning when you’re clear headed and wondering why you’re up so early and pottering about the kitchen … a dusky bqq evening in the garden … before drinks … over drinks … after drinks. I’ve included two video’s below, probably my two favourite tracks. Hisingen Blues which is track three and the second is a live version of track nine, The Siren which was recorded at the 2012 Rock Hard Festival in Germany. Enjoy!

For more information on the band you can visit their website here. Be sure to check out their Facts page for a little bit of info on how they came about but especially check out the News page, they love sharing their photo’s …  their tour posters and tattoo’s are real works of art! I’m hoping I’ll be seeing one of those posters for real in Ireland soon.

Graveyard – The Siren live at the Rock Hard Festival, Germany, 2012