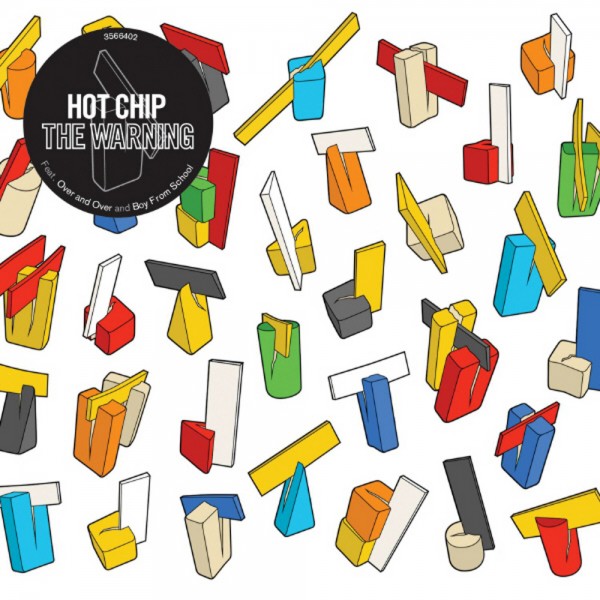 You may or may not remember this post a while back in which I mentioned Hot Chip in a kinda fashion sense … if you did you probably know I’m a Hot Chip fan so it was only a matter of time that I mentioned them musically.

This week’s Listen of the Week is from the band who hail from London baby. Hot Chip are an electronic band that got together in 2000. There are five members of Hot Chip, Felix Martin – drum machines/synthesizer and more, Al Doyle – guitar/vocals and more, Owen Clarke – guitar/bass and more, Alexis Taylor – vocals/guitar and more and Joe Goddard – vocals/synthesizer and more. I’ve added the ‘and more’ part because they do more than what I’ve stated … mostly percussion, piano, programming and the likes. The Warning is their second album. Not that I’ve forgotten about the first album or the others, it’s just that this week it’s my listen. I do love this album though. I’m not sure whether it brings back party memories or whether the majority of the songs just make me want me to have a dance and party, either way their music makes me happy, well apart from the songs ‘Look After Me‘, track seven, and the last song, track 12 which is ‘Untitled‘, they’re quite sad. In Track eight, ‘The Warning‘ Hot Chip say they are going to ‘break your legs’ … but even with that warning, it’s played and sung so sweetly it’s more like a bitter sweet warning. When they are singing about being in ‘No Fit State‘, track eleven … I’m still skipping about.

Some of my favourite songs from the album are probably the most well known but sure what can you say? If it’s great, it’s great! I’ve included two of these favourites through the medium of video and as always – for your enjoyment. The first is track two ‘And I Was a Boy from School‘ and the other is track four ‘Over and Over‘. Oh and did I mention they are playing Longitude this year too! … Sweet!

Hot Chip – And I Was a Boy from School

Hot Chip – Over and Over

Win a Beautiful Handmade Doll from Irish Based 'Sasha's Handmades'