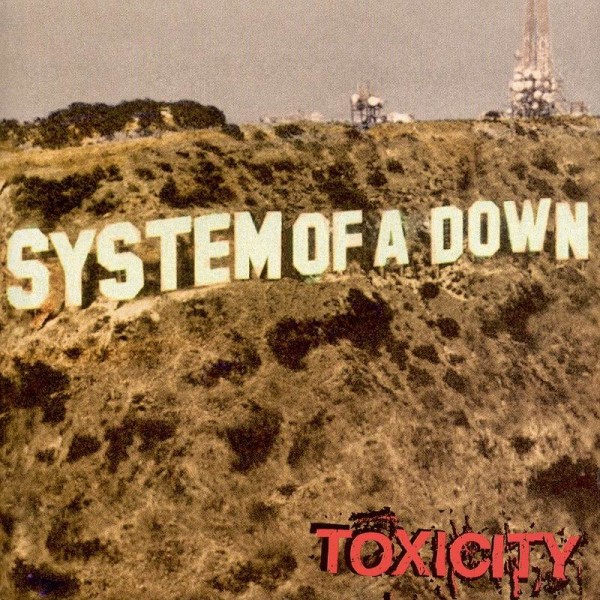 Systems of a Down are ‘Not your average Rock Band!’ … that quote is taken from their Facebook page. What they are, is American and are John Dolmayan on Drums, Daron Malakian on Guitars and Vocals, Shavo Odadjian on Bass and Serj Tankian on Vocals. They rock and have been rocking since 1994, which by my calculations is longer than I thought and the fact that this album Toxicity is 12 years old, is actually pretty scary! I played it on my personal CD player for feck sake! I have loved this album longer than my Fiancé, not more, just longer. You’ll notice if you have read my other Listen of the Week posts that I tend not to delve deep into the meaning of songs or describe lyrically how instruments are played nor have I poetically whispered sweet nothings about vocals. I could but I don’t. It bores me to read writings of the sort and so I won’t write them. Sometimes I will divulge some information, about my chosen band/musician or album, that I find interesting or think is worth sharing, like this piece of news that there is a new Industrial Rock project called Device lead by David Draiman from Disturbed and Serj Tankian will be guest appearing on the debut album alongside the likes of Geezer Butler from Black Sabbath, Tom Morello from Rage Against the Machine and Glenn Hughes from Deep Purple … !

This week Toxicity is my Listen of the Week, simples. System of a Down are doing a European Tour this August 2013, they are not coming to Ireland. This makes me sad. To make me happy, I have included two music videos from their Toxicity album. Video one is track six, Chop Suey and video two is track 14, Aerials. Listen, Sing along, jump around and enjoy!

System of a Down – Chop Suey

System of Down – Aerials

A Guide to Incorporating Pantone’s Colour of the Year - Greenery