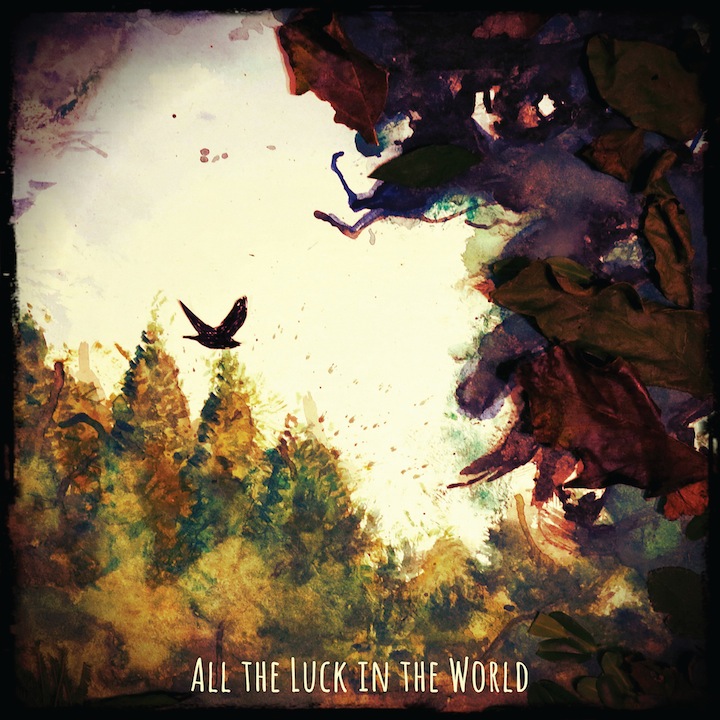 You may think I have a habit of repeating myself, given the title of this post and although no doubt I do at times repeat myself to my ‘selective hearing’ hubby … this evening this isn’t the case. All The Luck In The World’s brand spanking first and soon to be released album (January 1st 2014) is in fact self titled, so there.

Hailing from Co. Wicklow (that’s in Ireland for those not from these fair shores), this three piece alternative indie band consists of Neil Foot, Ben Connolly and Kelvin Barr who as 19 year old students at the Brighton Institute Of Modern Music (BIMM) have produced with the guidance of Duke Special producer & co-writer Paul Pilot, a really wonderful debut.

Given the opportunity to have a sneaky listen to their first offering, I felt like I’ve ‘all the luck in the world’. Given the fact that All The Luck In The World’s first song ‘Never’ and it’s quirky retro style video reached over 70,000 views off it’s own bat which earned them enough publicity to feature them as the soundtrack of travel website Trivago’s recent advert … resulting in now over 800,000 youtube views to aforementioned video … All The Luck In The World (ATLITW) must feel like they’ve ‘all the luck in the world’ … however with talent like theirs luck only plays a minuscule ingredient where these lads are concerned.

Formed by Neil Foot in 2011 with a friend, and with interest in ‘Never’ steadily growing, an offer from Barfilm Records came along to make a debut record … with this came the addition of Kelvin and Ben … within seven or eight months inclusive of Spring 2013 writing in Neil’s Wicklow home, Summer 2013 recording in Belgium and Germany … the first All The Luck In The World album has been produced, only two years after it first formed … good going or wha?

The song ‘Never’ is the original ATLITW sound. It’s acoustic, intimate, heartfelt story telling. The album although with the added benefits and trills of string and horned accompaniments and arrangements … doesn’t faze it, doesn’t let it stray far from it’s original roots of guitar playing, love notes, memories, messages and observations. With eleven songs on the album. Those that stuck out for me along with Never were … Conquer, Your Fires, I love the lift towards the later half of Haven … it felt like it was almost going to turn into a dance tune, Settle for it’s anthem like chorus and heart, Knots for it’s little spanish style spin, acoustic solo and drums and Beaching for the harmonies.

I can hear inspiration from our great recent Irish singer song writers, some UK rock and american indie band influences but that’s not a complaint. Due for release in January … it’s one to take note of and they are one to watch … keep an eye out for gigs.

To connect with the lads, here’s their Facebook Page www.facebook.com/alltheluckintheworld

For your pleasure I’ve included the youtube video for song three from the album Your Fires … enjoy!

P.S. A big THANK YOU to Claire from Orchestrate.ie for the link … I’m looking forward to owning the album soon!

Bevvy of the Week - Advocaat