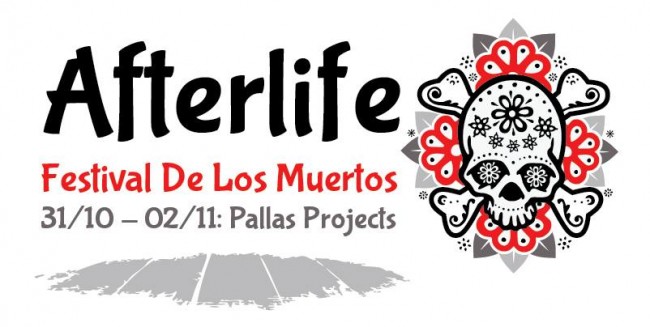 Founded in 1996, the Pallas Projects/Studios, who’s base is at 155-117 The Coombe, Dublin 8 is an artist-run organisation dedicated to curating projects and providing affordable artists studios and facilities where production and exhibition goes hand in hand. Pallas Projects isn’t restricted to artists studios either, it is

an umbrella label for a variety of spaces, exchanges, off-site projects, exhibitions, talks, resource programmes and publications conceived of and put into practice over a seventeen-year period. Pallas Projects collaborates with artists, curators and writers to engage and develop current Irish contemporary art, through solo projects by Irish and international artists, alongside occasional thematic group exhibitions, and initiated exchanges with artists’ groups around Ireland and abroad. The ongoing project, with collaborators numbering well into the hundreds… (pallasprojects.org)

There is always something going on at the Pallas Projects/Studios, whether it be an exhibition, a collaboration, a DJ set or BBQ. This Halloween and Pallas Projects have a special festival called Afterlife: Festival De Los Muertos, planned.

De Los Muertos translates to ‘Day of the Dead’ and before you get carried away with zombie thoughts, let me put you straight. De Los Muertos is a festival that takes place on November 1st and November 2nd which involves family and friends getting together to remember and pray for those who have died belonging to them. The tradition is years old, dating back to Aztec times and up until the Spanish invasion it lasted about a month. When the Christian Spanish arrived in Mexico they brought with them their belief that a month was too long and they merged their own beliefs of All Saints Day on November 1st and All Souls Day on November 2nd together with the native Mexican peoples De Los Muertos ritual.

The Festival De los Meurtos is really intereting and those who celebrate it believe that at midnight on October 31st deceased children are given 24 hours to reunite with their living family and friends. On November 1st they believe that deceased adults join their living loved ones for the festivities and on November 2nd those living who celebrate the ritual take themselves and their celebrations to the graveyards and graves of their deceased family and friends and clean, tidy and pray by these grave-sides. You may recognise the most popular imagery that is associated with the Festival De Los Muertos and that is the Sugar Skull, which is traditionally a skull made of sugar that is adorned with foil, feathers and coloured icing and placed on alters and graves. Most are inedible due to the decorations used but some you can eat. Nowadays you are most likely familiar with the very popular Sugar Skull Face Painting as seen below ↓ 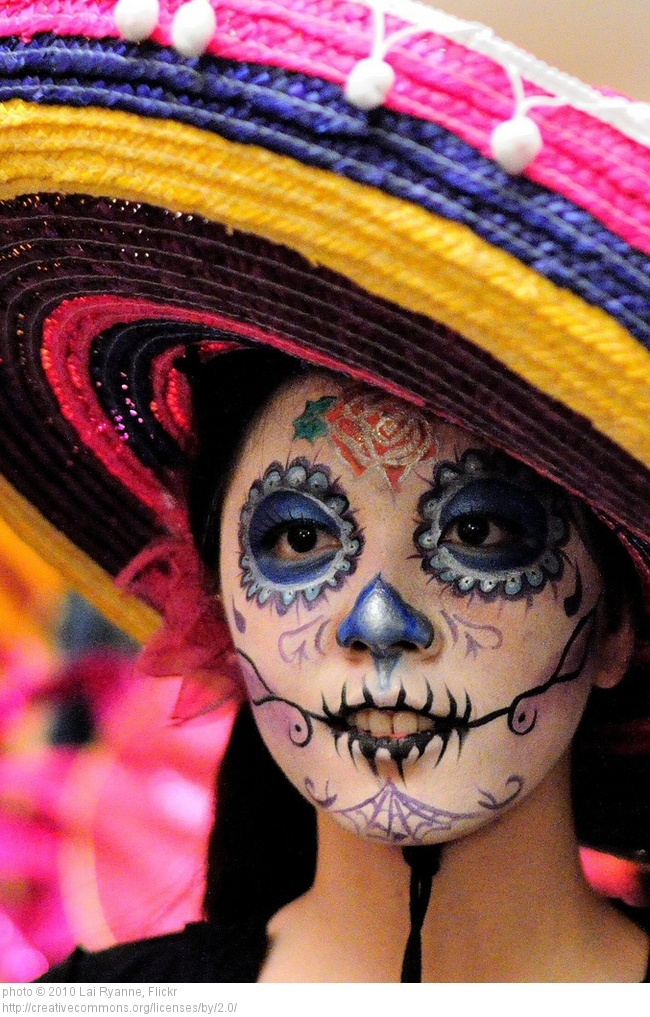 Festival De Los Muertos is celebrated in Mexico and worldwide in other cultures. This year Pallas Projects will combine the Irish celebration of All Hallows Eve (Halloween) on October 31st, with the traditional De Los Muertos dates of November 1st and November 2nd, which most Irish Catholics celebrate in the form of All Saints Day and All Souls Day, as did the Spanish in Mexico those many moons ago.

For more information on Pallas Projects/Studios, please visit their website here pallasprojects.org. For a breakdown on what’s going on for Afterlife, please see the poster below 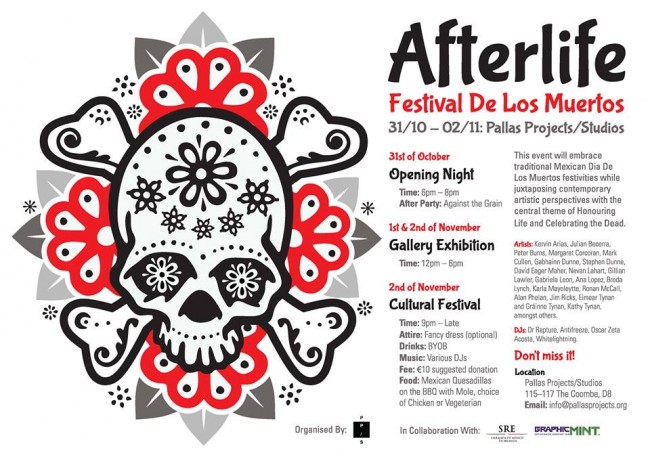 Win tickets to Hats Off to Led-Zeppelin in Dublin!