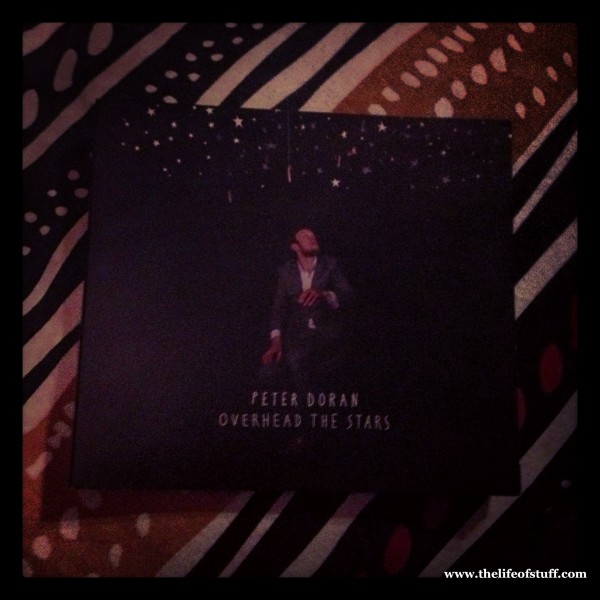 You may remember my post back in September when I blogged about the Album Launch of Peter Doran‘s Overhead the Stars … if you missed it the first time round you can read about it by clicking here.

Well, Peter Doran will be playing an intimate gig in Bewley’s Cafe on May 1st. Pencil it into your diary or tap it into your phone and get yourself along to the gig which is limited to 50 people and that includes the performers! Now that’s intimate! … Peter will be joined by talented guitarist Brian Murphy, who’ll be playing lap steel and electric guitar. They’ll be playing songs from Overhead the Stars and a few new ones too! Although space is tight you’ll also be treated to a special guest on the night, in the form of Pearse McLoughlin, who’s new album In Movement can be listened to on Bandcamp here … what’s really lovely is that if you’re one of the first 20, you get a signed lyric sheet from Peter … sweet! Admission is a bargain at €8 and doors open at 8pm

Add a couple of week’s to this gig in Bewley’s, and the reason for the title of this post, From Bewley’s to Belgium (which I think sounds like a great name for the next album – if you read this Peter – let me know!) Peter will be flying to Holland for a tour that takes him to through Belgium and June. Now, speaking of the next album Peter has been working on lots of new material including the beautiful Always Kind which you can listen to here and which you’ll most likely get to hear live on May 1st … if you get in.

Listen of the Week - System of a Down, Toxicity