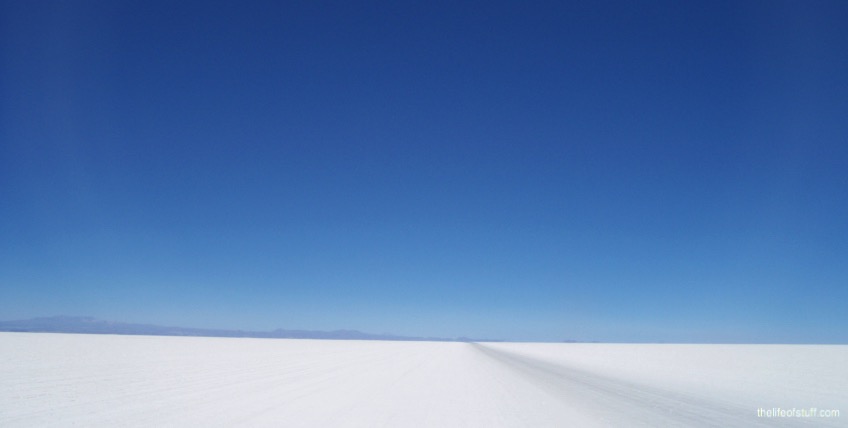 What you see in this photo is the amazing salt flat, Salar de Uyuni but it isn’t any old salt flat, it’s actually the largest salt flat in the world measuring at 12,000 sq km! 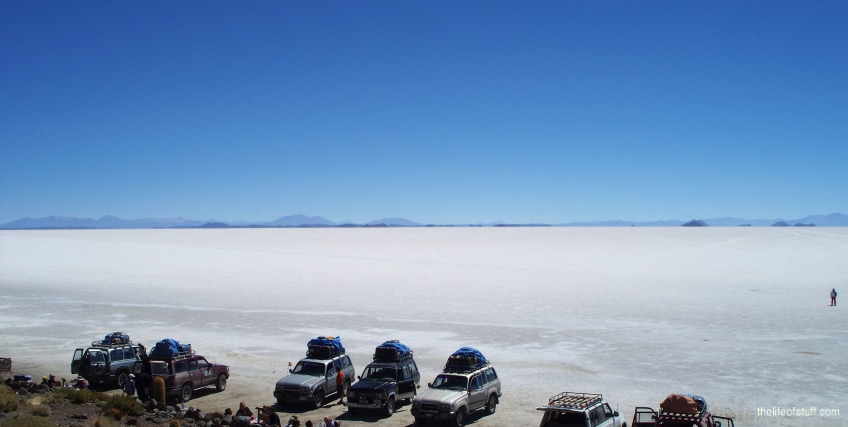 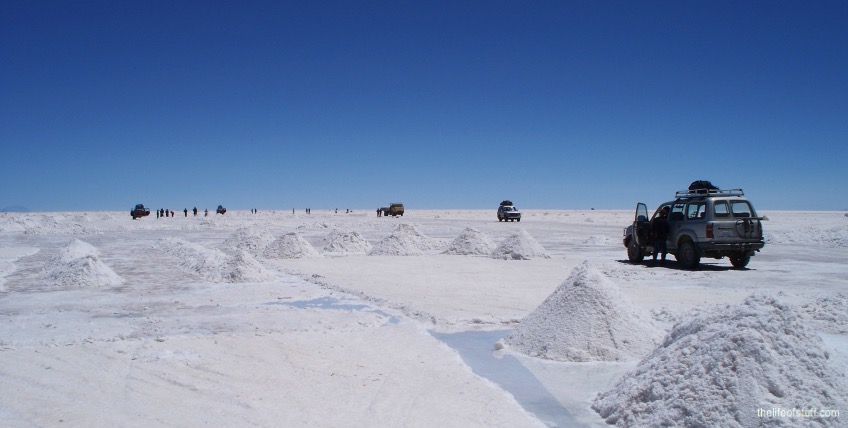 Add the beauty of such an amazing natural wonder to its elevation of 3,656 meters above sea water and you’ve got yourself the one place on earth you can proclaim to be high on salt, literally. 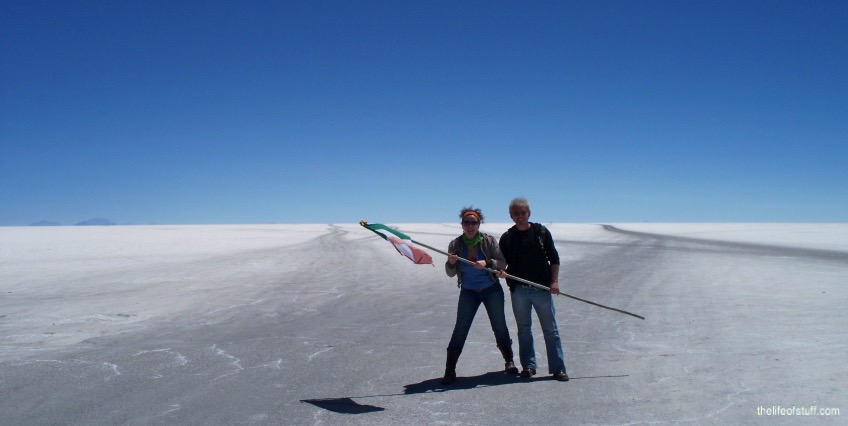 Salar de Uyuni is part of Bolivia’s Antiplano which is a series of basins that lie between mountains. This particular antiplano stretches from the northwest of Lake Titicaca in Peru to the southwestern corner of Bolivia. 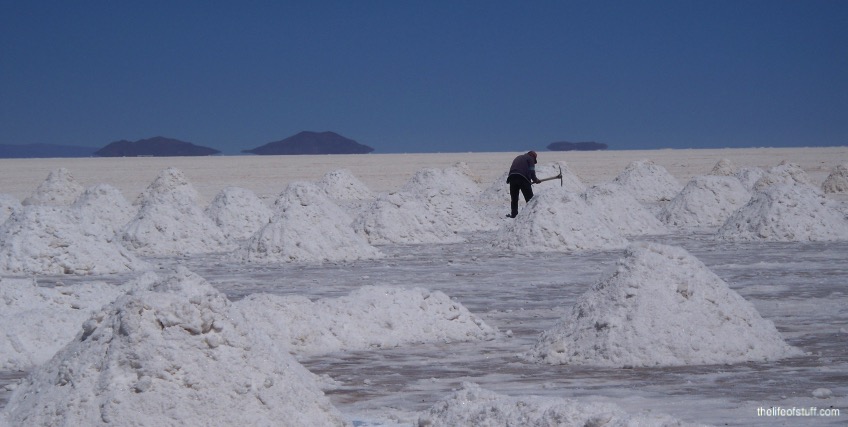 The salar (salar means salt flat in Spanish) was formed when dozens of lakes including Lake Minchín dried up. These lakes had once covered the South-West of Bolivia but you’re talking anywhere between 25,000 and 45,000 years ago.

The surface of Salar de Uyuni is only metres thick in salt and under it there is a brine that is rich in lithium (that’s the same stuff used in batteries). About 25,000 tonnes of salt is extracted every year. Amazing.

Take the opportunity if you get it to put your hand into one of the Salar de Uyuni holes and grab yourself a bit of salt crystal to admire. Keep an eye out for salt block made houses and locals selling everything from salt figurines to salt ashtrays. 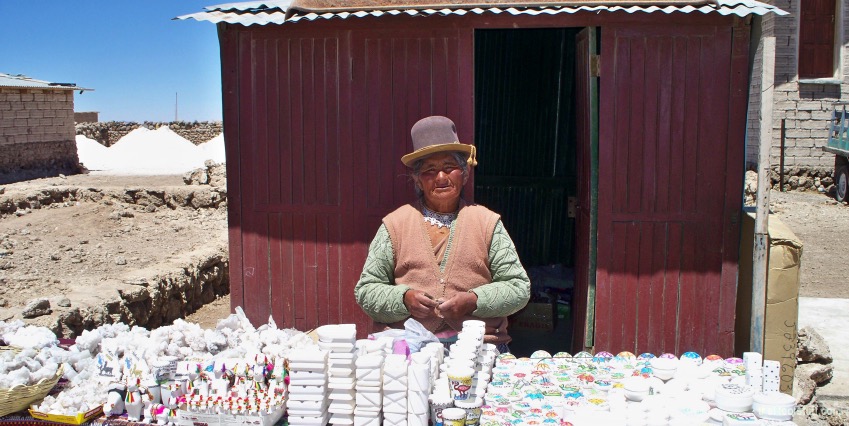 Be sure to pay a visit to Hotel de Sal Playa Blanca, or if you’re brave enough you can even stay the night in this unique hotel made entirely from salt … just remember it’s forbidden to lick the walls! 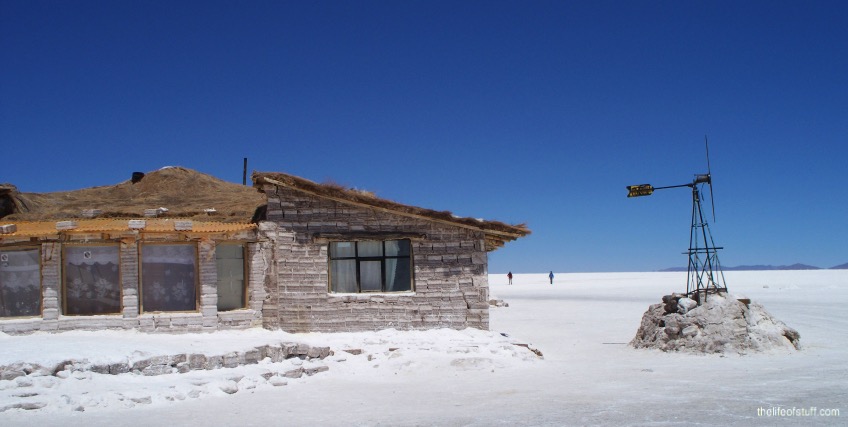 Ask your tour guide about the cactus island, Isla Incahuasi, it really is a sight to see with Salar de Uyuni as its backdrop. 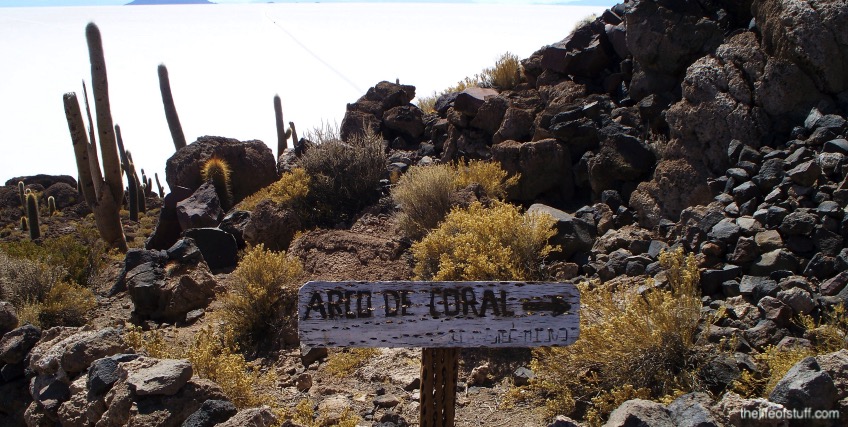 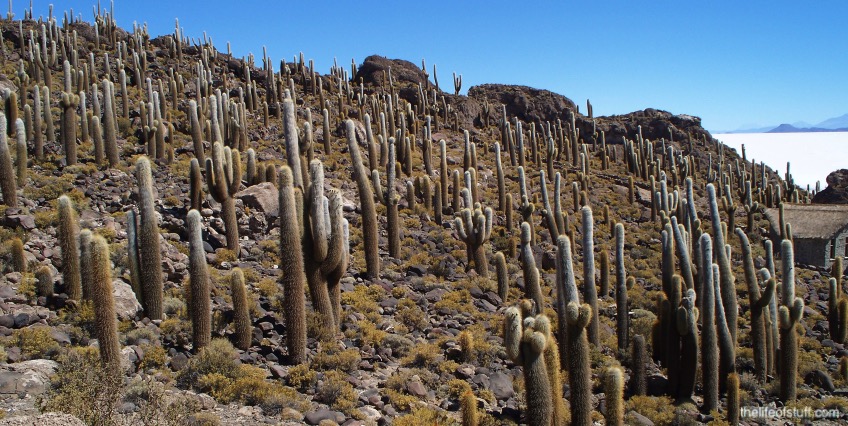 When visiting the Salar de Uyuni, you will most likely stay or come from the town Uyuni. Just outside the town is the Train Cemetery, be sure to visit. 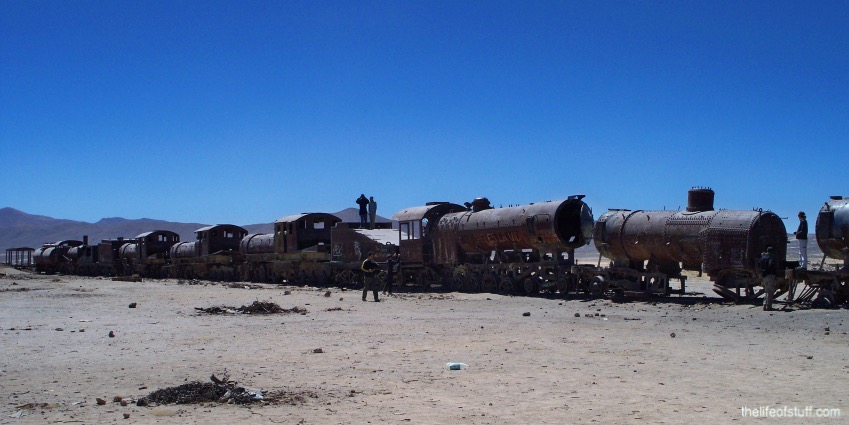 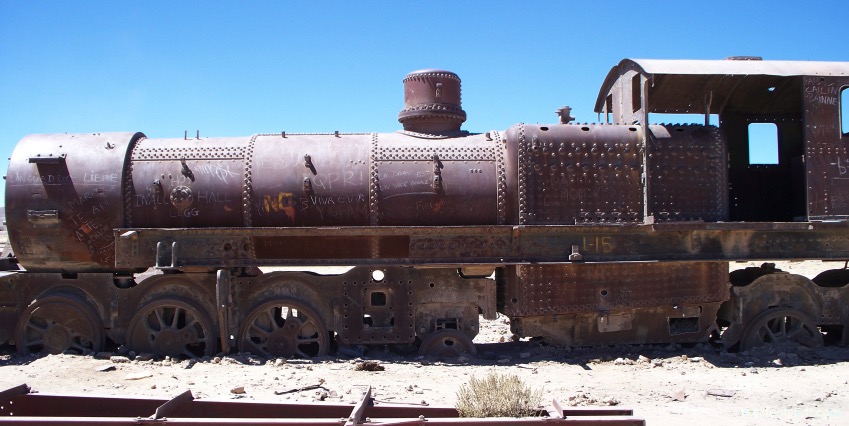 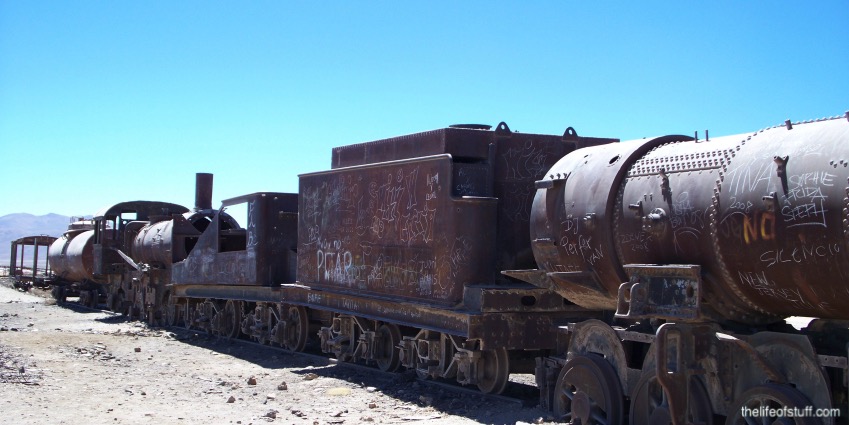 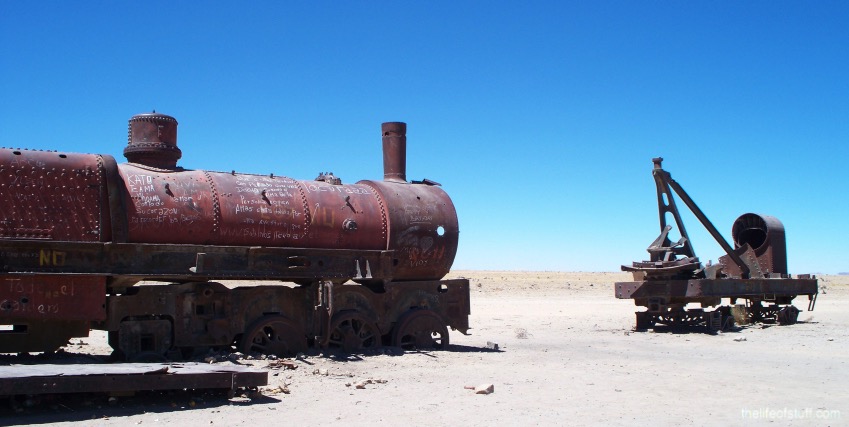 Bring a hat and wear sunscreen because it gets very hot and there is little shelter.