Smirnoff – Yours For The Making 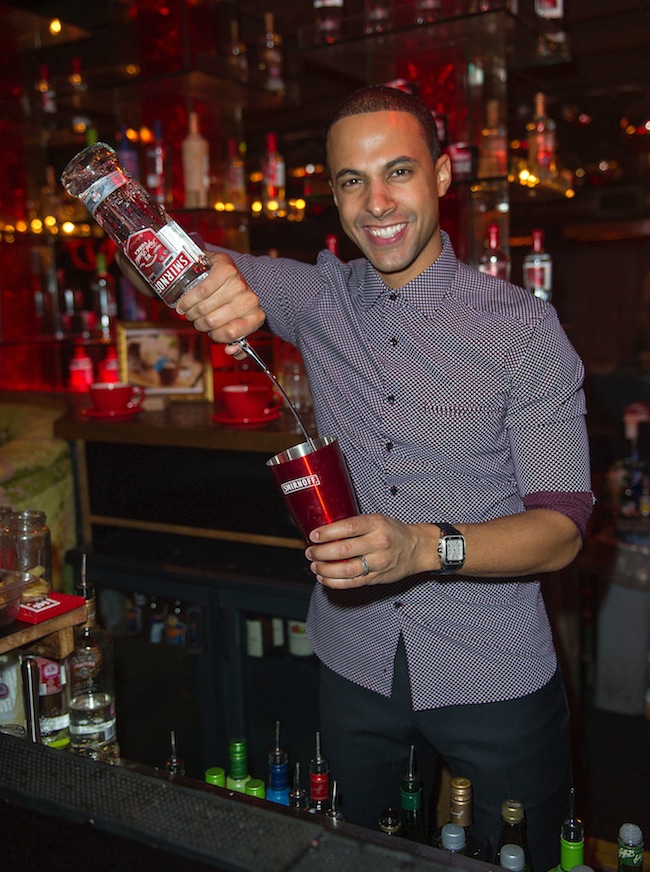 So Marvin Humes has teamed up with Smirnoff to turn his hand from mixing records to mixing drinks!

Fair play Marvin! You’ve got it all going on what with being an actor, a DJ, a radio and TV presenter, a member of JLS, hubby to Rochelle Humes from The Saturdays and a Dad … I really don’t know where you found the time to create a selection of bespoke Smirnoff cocktails … but you did!

I’ve enjoyed many visits to Northern Ireland and had a cosmopolitan or two in Café Vaudeville, Belfast – the Northern Irish love their cocktails’.

… and I have to agree that they do having spent four years at college there, but that was many moons ago and Café Vaudeville wasn’t around … all the more of an excuse to revisit soon! 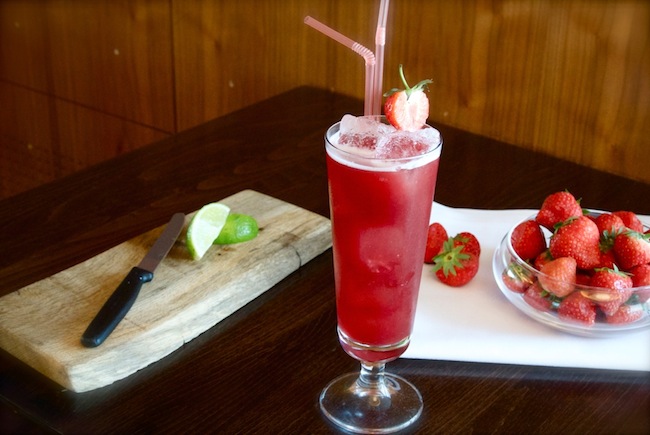 Cherry juice – 100ml (can get this in any large supermarket)

Pour the Smirnoff, Cherry Juice, Elderflower cordial and the fresh strawberries into a cocktail shaker (or Jam Jar if you don’t have a shaker) and lightly shake up and pour over cubed ice into  a tall sundae glass. Finish by squeezing a splash of fresh lime on top and a slice of strawberry for garnish.

Slice of orange – for garnish

Add the Smirnoff, Lychee juice and Elderflower Cordial to a shaker (or Jam Jar if you don’t have a shaker) and shake up with some ice, then strain the liquid through a sieve into a Martini Glass and top with a splash of Ginger Ale.

Add the Smirnoff, Blackberry Jam, Pineapple juice into a Jam Jar, stick the lid on and shake with some ice inside. Remove the lid (watch the pineapple juice doesn’t explode out) top up with some extra cubed ice and top to the top with bitter lemon. Garnish with a pineapple slice, sit back and enjoy.

Build this cocktail over cubed ice in a good coffee mug pouring the Smirnoff in and mixing with the chocolate milk. Top off with some chocolate popping candy (which you can pick up in most large supermarkets).

Orange zest or peel – to garnish

Stir the Smirnoff, Apple juice and spoonful of cranberry sauce along with some orange zest or peel, with some ice in a small rock/whisky glass. Add a pinch of cinnamon and a star Anais on top for that added spice.

His and Her Cocktails Palm Bay

Muddle 3-4 fresh limes into the bottom of a rock glass along with some Palm Sugar (you can pick this up from any large supermarket). Add some crushed ice (you can crush your own ice using a rolling pin to smash cubed ice inside a tea towel if you don’t have an ice crusher) then pour over the ice your Smirnoff Gold, stir lightly then garnish with some edible Gold Leaf for some added ‘bling’.

Muddle 3-4 fresh limes into the bottom of a rock glass along with some Palm Sugar (you can pick this up from any large supermarket). Add some crushed ice (you can crush your own ice using a rolling pin to smash cubed ice inside a tea towel if you don’t have an ice crusher) then pour over the ice your Smirnoff Green Apple, stir lightly then garnish with a slice or wedge of apple.

As you can see I’ve only got one photo of one cocktail to display … I’ll have to get working on that! If you try out any of the recipes mentioned, I’d love you to post a photo in the comment box below … Happy Cocktails!!!

Just Grow Up at the Dublin Wine Rooms

The 10 Winter Foods & Drinks We’ve Been Craving All Year