Bloomsday celebrates Thursday 16 June 1904 as that day is depicted in James Joyce’s novel Ulysses. The day is named after Leopold Bloom, the central character in Ulysses. The novel follows the life and thoughts of Leopold Bloom and a host of other characters – real and fictional – from 8am on 16 June 1904 through to the early hours of the following morning.’ (jamesjoyce.ie)

Yes I did start to read it, I got one sixth way through this 1922 text version. No I didn’t find it hard to read. No I didn’t bore of it. No there is no excuse to why I shouldn’t just pick it up right now and start again … and you know what I think I will … and just in time for Bloomsday 2014.

Whether you’ve read this masterpiece or not there is absolutely nothing stopping you from joining in on the Bloomsday celebrations this year. Dublin has an action packed schedule full of events to partake in that kicked into action today June 10th and which will be celebrated through to and inclusive of June 16th, Bloomsday. For a full listing of the Bloomsday in Dublin Events, visit the James Joyce Centre’s website here on their bloomsday-events-in-dublin page.

If I wasn’t working on Bloomsday my list would be much longer however I did find some things to do which I can work into my lunch time and partake in after work (I finish at 5.30pm btw) … 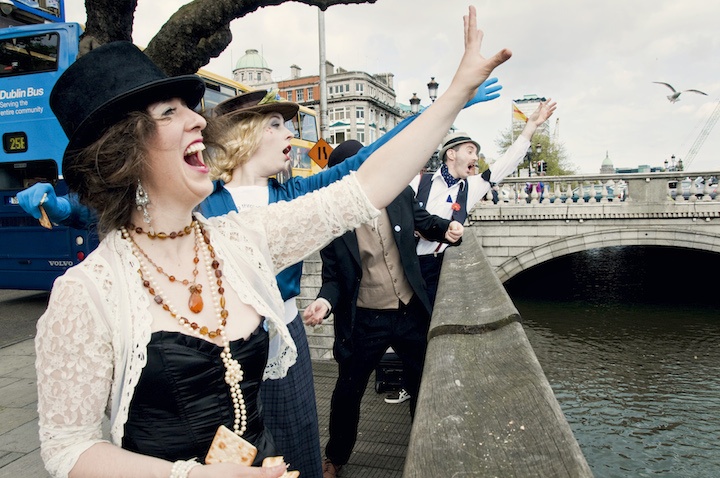 What: Feeding the Seagulls with At it Again

Where: Boardwalk by Bachelors Walk, Dublin 1

Cost: Free but bring some bread as it won’t be fun otherwise 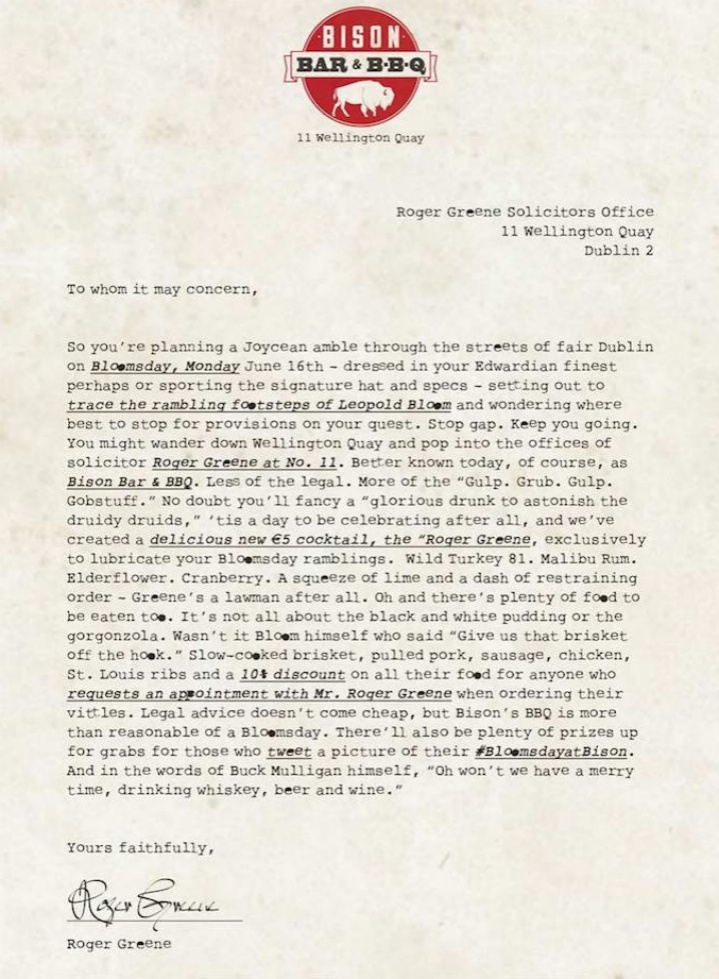 What: Blooomsday at Bison Bar

Cost: Roger Greene Cocktails €5.00. Their delicious food prices vary but get 10% off all food ordered – just mention your ‘appointment with Roger Greene’ 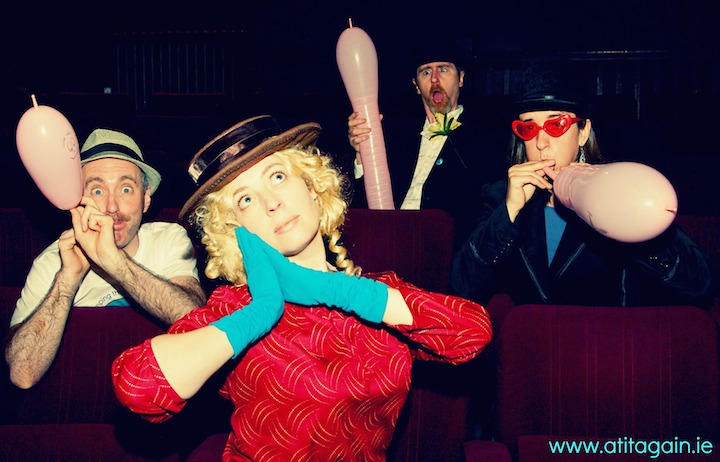 What: Romping Through Ulysses with At it Again – James Joyce meets Rocky Horror