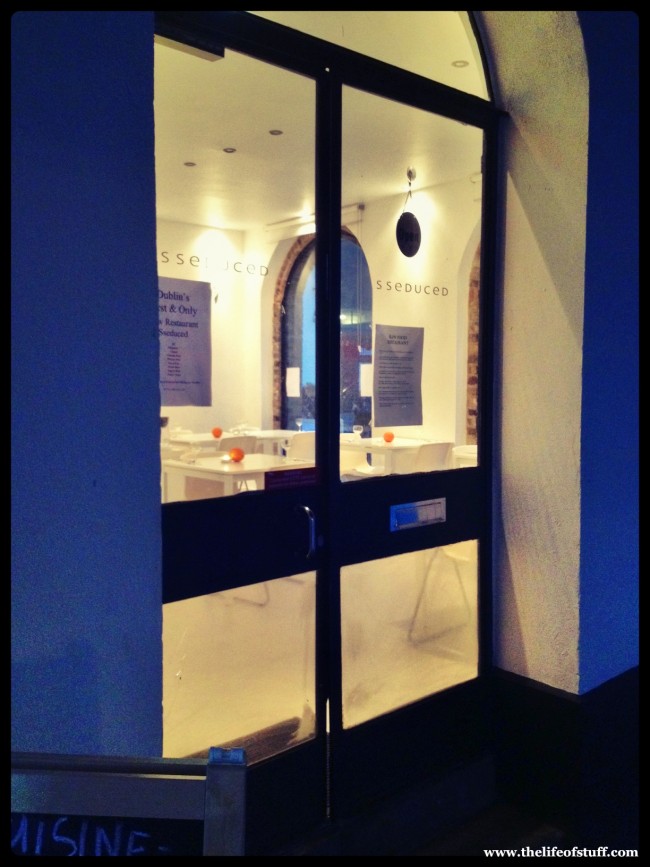 Last weekend I mentioned I went on a walking tour with Picture This! Dublin, which you can read here … well as part of the tour we were brought to Sseduced, Temple Bar’s very own Raw Restaurant. Actually, Sseduced is Dublin’s First Raw Cuisine Organic Gluten-Free Restaurant! 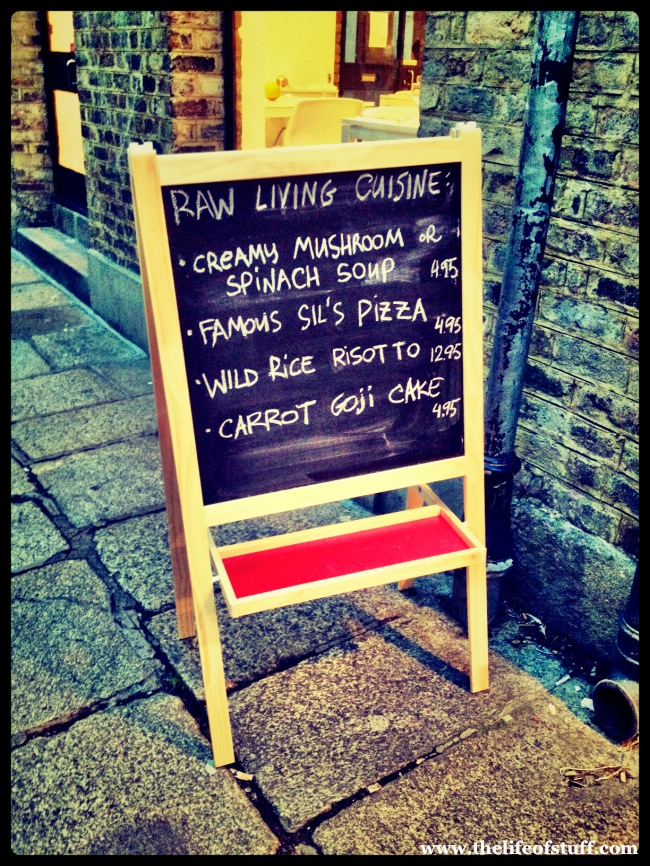 Once inside the doors of this lovely establishment in the heart of Temple Bar on Cecilia Street, we were seated and introduced to Síl, the brains and might I add beauty behind Sseduced … she’s so elegant! Síl has a passion for what she does as it was so evident from the way she talked about the Raw dishes we were about to taste. Síl has also studied Naturopathy, Intensive Nutrition and continues to study Biomolecular Therapy … so there is a science behind this Raw Cuisine! 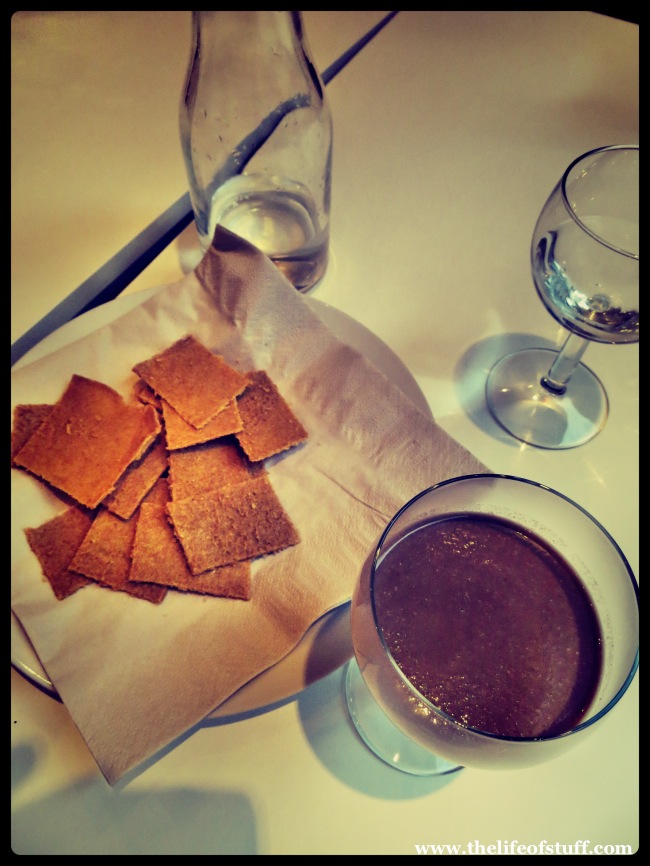 So, was I seduced at Sseduced?

The answer is a big healthy YES. Honestly, I didn’t know what to expect. Naively, I presumed that I’d be tucking into raw carrots and dips but how wrong was I (I’ve told myself before never to presume or assume). What I was pleasantly served was a host of deliciousness. A starter of creamy Mushroom soup, a main of delectable and quite filling Veggie Pizza, known as ‘Síl’s Famous Raw Warm Pizza’, another main sampling of Curry and Wild Rice, a final main sampling of Warm Noodles and to round it all up, a trio of desserts, Carrot Goji Cake, ridiculously more-ish Cheese Cake and creamy Ice-Cream. 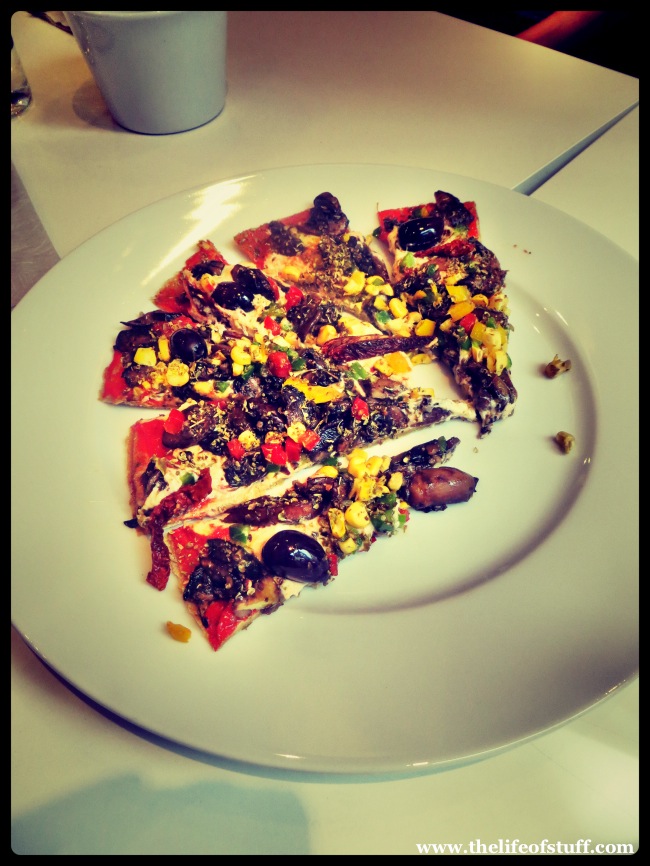 Confused much? I did say Raw Cuisine didn’t I? Well yes, I did. All food is wheat/gluten/dairy/sugar/soya/yeast free, organic and is never heated above 42 degrees, which makes it Raw. 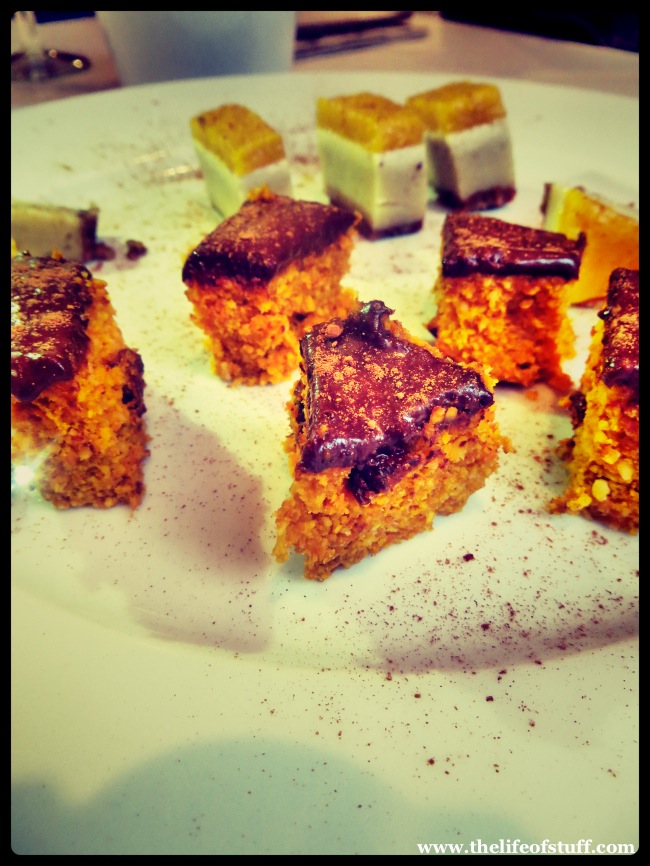 To explain how I was able to eat creamy mushroom soup, pizza, cake and ice-cream you’ll have to have a read of the ingredients, which have all been taken from the Sseduced menu …

The Soup – vegetable of the day made with creamy almond, hemp or cashew milk.

The Pizza – made in a base of sprouted gluten-free buckwheat and golden linseeds dehydrated for a day. The crust takes approximately 2-3 days to prepare. It’s topped with almond, macadamia or hand cracked cashew cheese and the toppings of the day, which are organic locally sourced vegetables and imported olives, which still have their stones.

The Curry – delicious curry of the day with tender vegetables served with side wild rice .

The Warm Noodles – noodles made from kelp seaweed, they taste just like delicious rice noodles! Served with vegetables and sauce of the day

The Desserts which might I add are all Organic, Raw, Gluten-free, Yeast-free, Dairy-free and are suitable for Vegetarians, Vegans & Coeliacs.

Carrot Goji Cake – This bright orange, soft and comforting cake. Contains no added sweetners and is made with goji flour and a creamy orange or chocolate filling.

Cheesecake – silky cheesecake made with raw hand cracked cashew nuts with a delicious walnut mesquite biscuit crust and fruity sauce of the day.

There is so much effort put in from Síl and her team to make this delicious food but this effort is not made in vain as the food is really … Tasty, Healthy and Affordable … I’ve been seduced by Sseduced and I look forward to returning again and again.

For more information on Sseduced, Síl and the Raw Living Cuisine ‘way of life’, you can visit www.sseduced.com