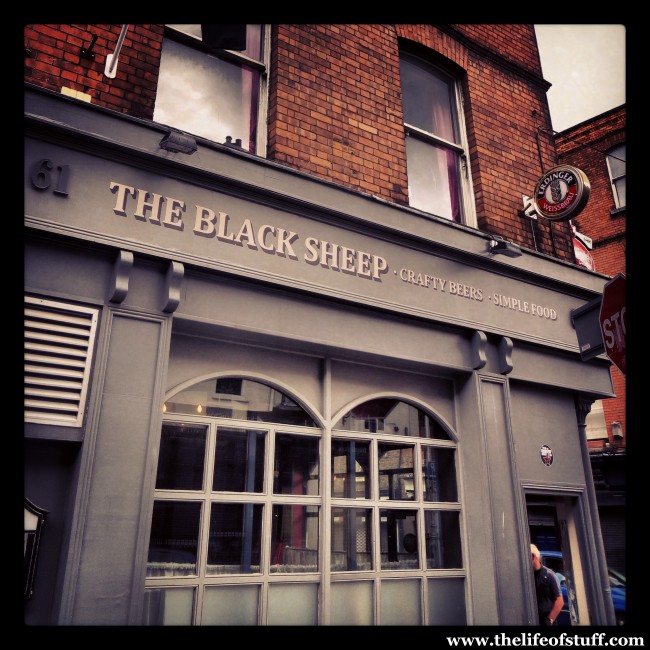 The Black Sheep on Capel Street is a sister pub to Against the Grain on Wexford Street. I’ve had many a pint and wee dance or two at Against the Grain. It’s a fine spot indeed and one that deserves its own blog post at a later date, just not now. The Black Sheep is also a sister pub to The Brew Dock and The Dark Horse, in Dublin and The Oslo, Cottage and Salt House in Galway. They are all Part of The Galway Bay Brewery Group. They probably all deserve blog posts but today I’m going to tell you about how I got on in The Black Sheep on a sunny day in Dublin.

By now you are probably aware that my fine gentleman and hubby is Patrick, who blogs every week about his Bevvy of the Week. He’s fairly clued up on wine, whiskey’s and beers especially craft beers. I on the other hand have less knowledge about the ins and outs of fermenting processes and distilling this and that. Don’t get me wrong I find it interesting and I am learning as I go along but I’m just not there yet. The place I’m at is the tasting genius. Yes I can taste and taste and taste some more. Practice makes perfect right? The type of drink I’ve become more open to over the past while is beer but not any type of beer, Craft Beer. I’m normally a wine, whiskey or stout drinker but my eyes and palette has been awoken to some pretty delectable flavours over the past year or so and there is no going back now.

Anyhoo a couple of weeks or so ago on a sunny day in Dublin when we were both work-free and idle we took a walk about town and ended up on the North side of the Liffey down a street we hadn’t been to for some time, Capel Street. We made our way to the bottom of the street (thats the Parnell Street side) and headed in through the doors of The Black Sheep. It’s a great looking pub which although has a clean, bright and newness about it, also has character. The walls are canvases for blackboards displaying the pubs wares, mix-match mirrors and funky advertising posters. The tables and chairs give it a somewhat salon style but the comfy couches and boardgames bring back the fun element.

All this aside and the place you are drawn to most is the bar … of course! Step up to it and you are greeted by beer taps of all shapes, sizes and colours. There are 23 different Craft Beers on tap at The Black Sheep, with the majority being Irish. The day we were there, there were 22 as they’d sold out of one from the night before – I won’t say which one but lets just say chocolate milk and stout. They also have a load of craft beers in bottles from Ireland, Scotland and further afield. I wasn’t too sure about what to try and but the barman was absolutely brilliant and in a non-patronising, interesting and full of enthusiasm way explained a few of my choices and even let me have a taster of my choice before he pulled the full pint. As it was a sunny day we both took our pints outside to bask in the last of the summer sun. 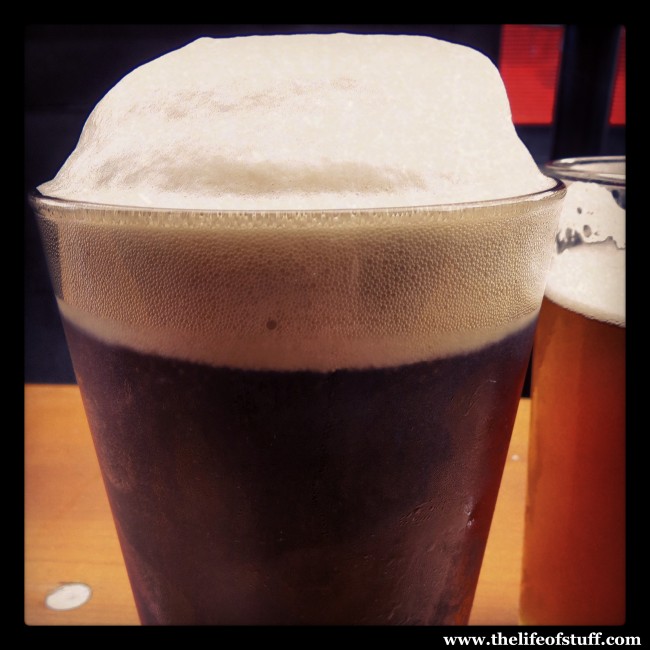 Some of what we tried that day, and I do say some or should I say drank and licked our lips at were pints/bottles of … Galway Bay Full Sail IPA, Trouble Brewing Dark Arts Porter, Schneider Weisse, Veltins Pilsner and Mac Ivor Medium Cider.

You know it was fun trying the different craft beers available to us here in Ireland and it’s a credit to those Irish and non-Irish producers who have most likely turned a passion into an art and a business … but that’s getting too serious and craft beer shouldn’t be serious … just look at the names some have …. 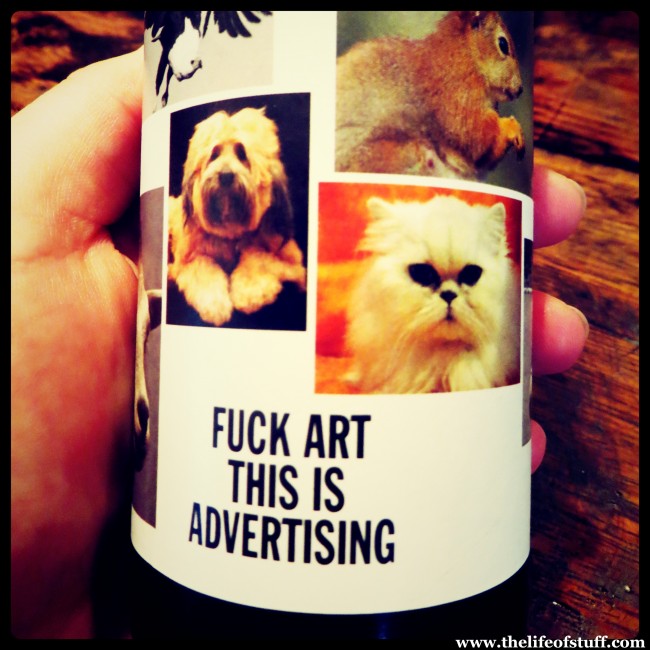 All the beers I tried went down a treat, some sweeter than others. No doubt if beer becomes my tipple when out and about and craft beer is available, I’ll hone my choices down to a few favourites but for now I like testing, trying and working on perfecting my knowledge of the art of craft beer.

Speaking of working … I remember it did build up a bit of a hunga and so food beaconed! It’s a good thing that The Black Sheep has it’s food down to a bit of an art as well, as the platter we ordered was only delicious. Nothing like chunky chips and chicken to keep the wolf from the door!

For more information on The Black Sheep you can connect with them on Facebook here.

I’ll be heading along to the Irish Craft Beer and Cider Festival 2013 this weekend in the RDS … as I said earlier, practice makes perfect! For more information about the Irish Craft Beer and Cider Festival which is on from this evening, Thursday September 5th to Sunday September 8th, you can visit their website here. At €10 a ticket it’s looking to be great value and a bit of crafty craic. 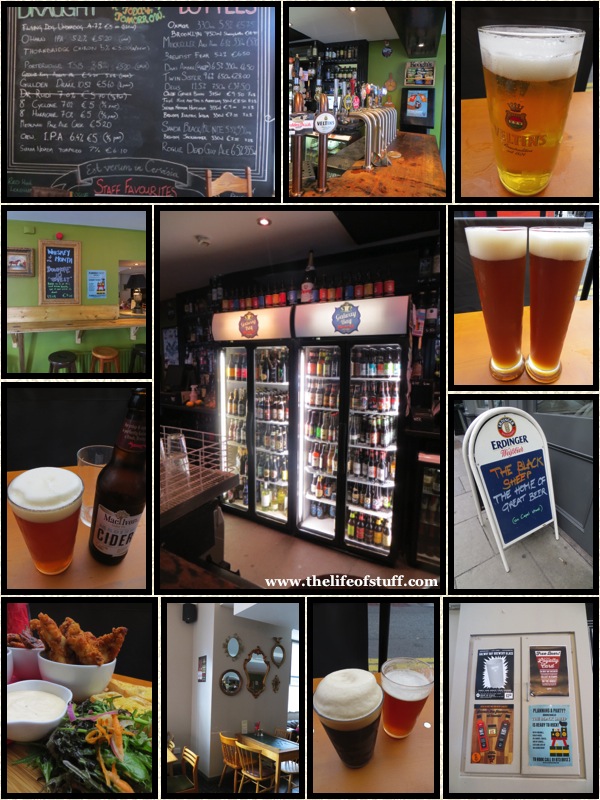 Bevvy of the Week - Buffalo Trace

My Irish Craft Beer and Cider Festival 2013 in Photo's