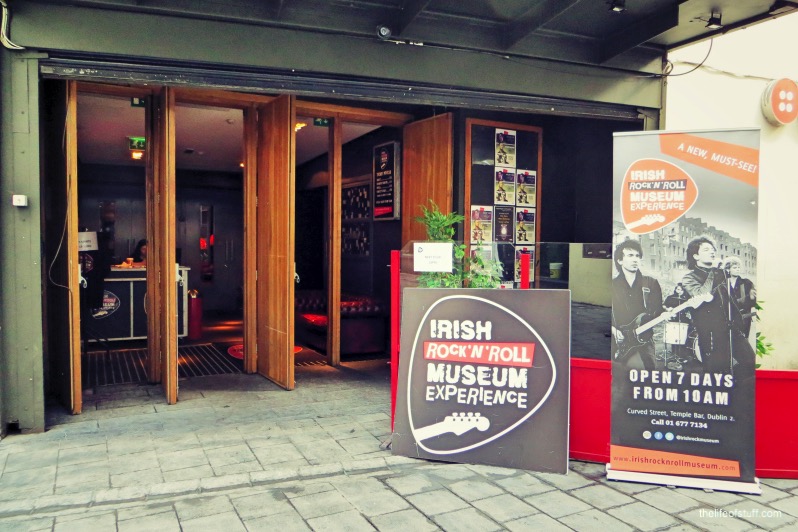 Earlier this week, Patrick, Smith and I headed along to the Irish Rock ‘N’ Roll Museum Experience in Temple Bar, Dublin. As lovers of Irish Rock, Patrick and I were looking forward to this brand new Dublin experience (the museum only opened it’s doors to the public last month) and learning more about Ireland’s Rock history.

However there was an extra buzz about the tour because we were going to introduce Smith to the musical world of rehearsal studios, Irish Rock legends and bring him behind the scenes of a real venue. At five months old the world is his oyster and maybe one day he’ll be recording in the very studios we visited that day!

The Irish Rock ‘N’ Roll Museum Experience kicks off at the Button Factory on Curved Street. You can’t miss the Box Office Entrance as there are lots of banners pointing you in the right direction. The tour/experience is a guided tour of the Button Factory and Temple Lane Studios and it lasts 75 mins in total. Tour ticket prices are €16 for adults, €14 for students/seniors, €12 for children, a family ticket costs €50 and there are discounts available for groups of 10 or more. Tours take place from 10am with the last tour at 5.30pm every day, seven days a week.

Our tour guide for our Irish Rock ‘N’ Roll experience was Klara McDonnell, a presenter from The Sound Feed, and an Irish Singer/Songwriter who had both rehearsed and gigged under the Rock “N’ Roll Museum roof … so there really was no better person to show us the rock ‘n’ roll ropes. We were joined by two other couples for the tour, which offered us plenty of scope to ask Clara questions and take photo’s.

The tour is broken into two parts. The first part of the tour takes place in The Button Factory and includes a ‘behind the scenes’ tour of the rehearsal rooms and recording studio where you get to watch a short film on Irish Rock but more importantly … dress up like a ‘Rock Star’ and jam to your heart’s content or until you have enough selfies! 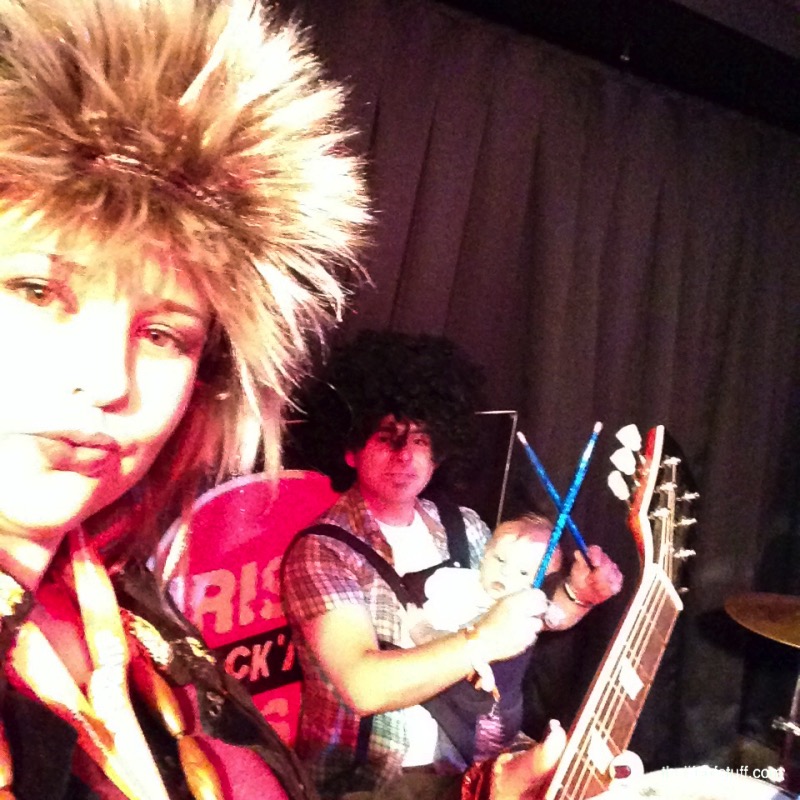 You are taken through the corridors adorned with electric guitars, framed records and memorabilia … they even have Michael Jackson’s PJ’s … but I’m not going to tell you why. You pay a visit to the ‘Green Room’ where you get to check out some of the most eccentric ‘rides’ around and you get a tour of the venue which includes a ‘on stage’ experience where you are reminded that you are walking in the footsteps of Hozier, Sinéad O’Connor and U2, a visit off stage to the VIP area and a look at the U2 Exhibition. 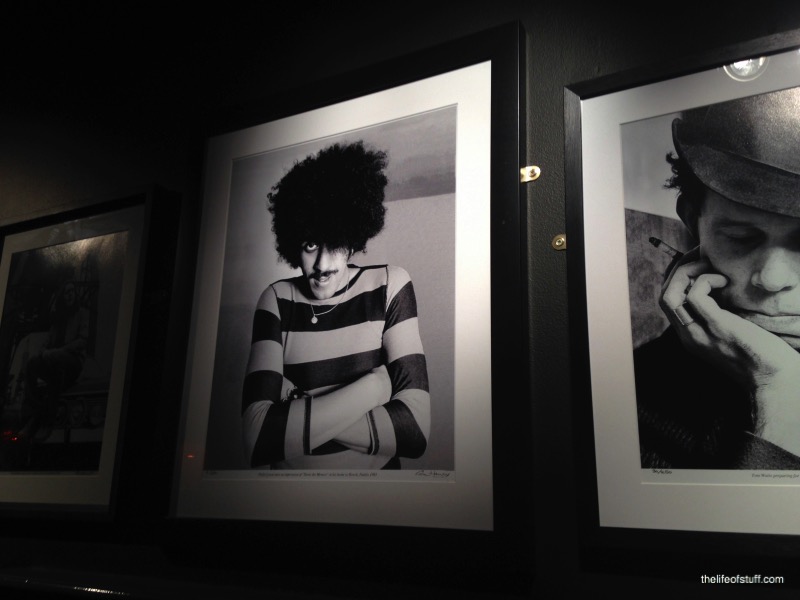 The Second part of the tour takes place at Temple Lane Studios. Here you get to experience the internationally renowned recording studios where Irish acts like The Frames, Jack L and Delorentos and International acts like The Black Eyes Peas, Rihanna and Kanye West have recorded or have worked on songs/albums. You visit the Apollo Studio which not only houses the biggest sound desk in the country but also the Phil Lynott Exhibition of memorabilia including clothing, guitars and a school report card (he was a bright chap) … donated by his mum, the fabulous Philomena.

Finally to round-up your rock ‘n’ roll revelation, you get a chance to record your own song (with the others on tour) in the very same studio! … and you get the chance of taking away the evidence on a memory stick (€10) … I would love to share ours with you but our band mates for the day might not appreciate it! The tour ends in the Irish Rock ‘N’ Roll Museum Experience Shop which actually has its own history … if you go ask your guide about Michael Collins.

We really enjoyed the experience. Klara was fantastic, always happy to answer questions, share her knowledge freely and take photo’s for everyone. The tour is suitable for all ages but you need to judge if it will suit your child(ren) and remember that it is a working venue, where ‘behind the scenes’ includes stairs and steps. We left Smith’s pram at the Box Office Entrance and Patrick carried him in a baby carrier. We judged the volume of the music as we went and didn’t have a problem, but Smith is one cool rock ‘n’ roll lovin baba.

A definite one for your ‘To Do’ List for Dublin, especially if you love Irish Rock music.

A Treat for his Feet - Win an Emjoi Micro Pedi Man

The Durrow Scarecrow Festival 2015 - My Experience in Photo's