Bitch Falcon – what a name, funnily enough when I caught up with Lizzie Fitzpatrick, lead singer and guitarist with the band – I didn’t ask her where it came from. I’m sure it has been asked a million times before in past interviews, so a simple click in a search engine will answer this for me but as usual I let my imagination run riot with what it could represent, and how this in return describes one of Ireland’s finest rock bands of recent times.

Putting the notion of a spiteful falcon that likes to make belittling comments aside, I go deep. Falcons are fast, in fact the fastest species of birds in the world. Bitch Falcon are fast, lyrically, musically, physically on stage – they’re renowned for their live shows both in Ireland and internationally, captivating audiences wherever they go.

Falcons are durable, some migrating thousands of miles every year. Bitch Falcon are durable, they work hard and play hard – gigs and concerts have taken them on UK tours, across Europe and most recently as far as Canada. Future gigs sees them flying high in L.A. in the U. S. of A., and on the ‘About to Break’ tour of the UK – they also play Dublin, The Bowery on November 16th so get your tickets for that now. 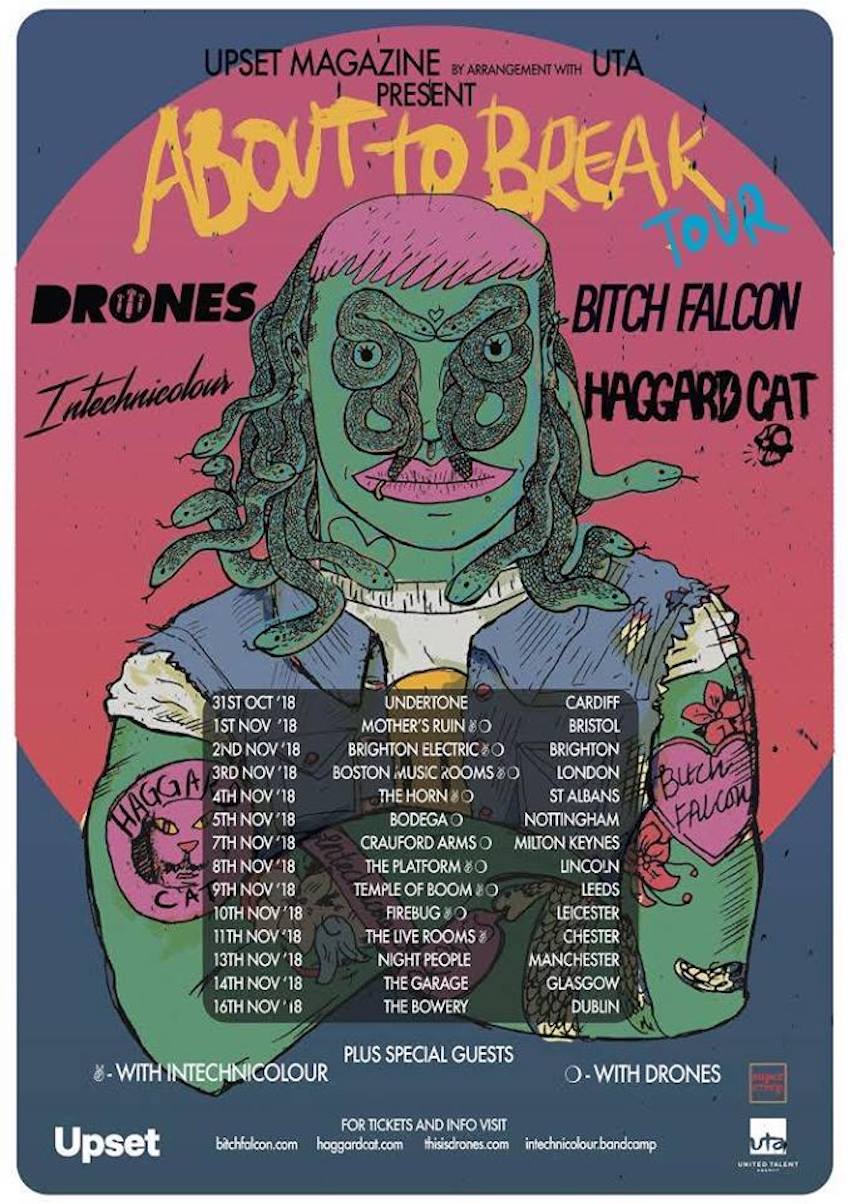 Falcon’s are associated with success. From press reviews and T.V. appearances to festivals and Spotify statistics. Their first ever tour took place in Ireland in 2017 and a year later they were travelling to North America. Their recently released first Vinyl sold out, nearly before it was officially launched. It can sometimes be hard to measure success but they’re certainly on that very road. 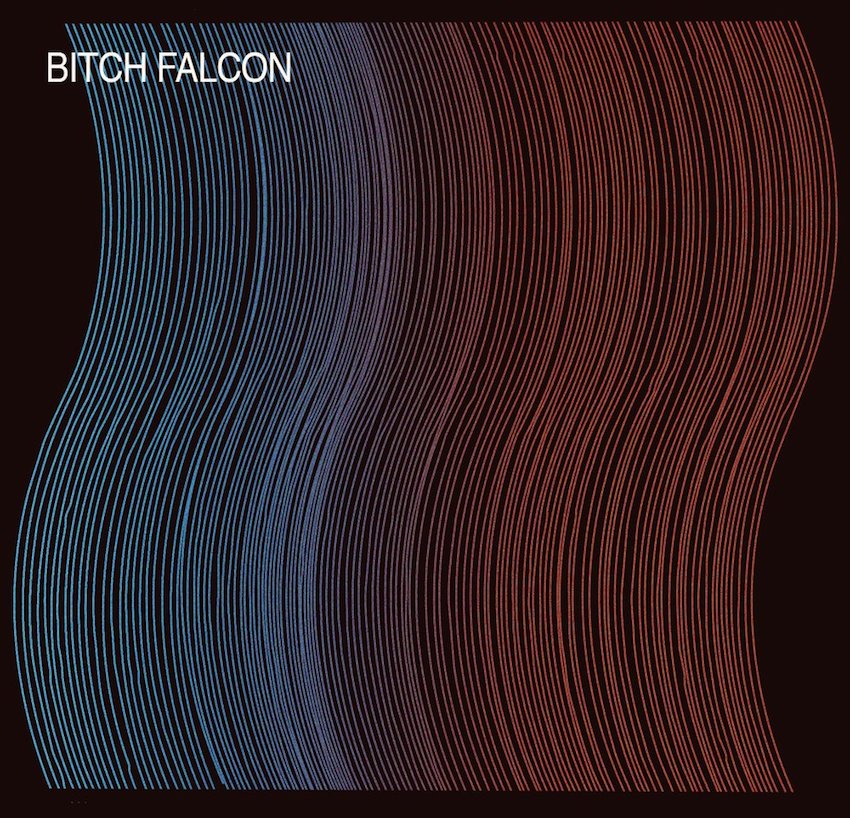 Falcon’s are female, males are actually called tiercel’s. This word, tiercel comes from the latin word tertius, which means one-third, because the male is usually one-third smaller than the female. There are three members in Bitch Falcon and until very recently one-third of the band was male. Now one-third is female, with Lizzie at the female helm, Nigel Kenny on drums and Barry O’Sullivan on guitar.

Falcon’s mate for life. Bitch Falcon, established in 2013, are, from what I feel, in it for life.

So shake out those tail feathers and join the Bitch Falcon Bazaar.

1. What was your inspiration to become a Singer/Guitarist/Song-writer in an Irish Rock Band?

It’s so cringey but I always dreamed of it, just like corny movies. I’d sit through anything just imagining being onstage. I always loved to show off and please people so I guess it was natural progression.

My Dad is a guitarist and singer songwriter, but he’s never really recorded or released anything. When driving us to school he’d always make up songs on the spot, even just singing to himself. I think a part of his creativity was passed down to me. My mother is also a great artist, and can achieve anything she puts her mind to, and so I’ve always strived to be a bit like them, but bring it out to the public. I started guitar early, but I never was a good student at it. I think my musical development came from the creative hub in my house. My Mam also moved us to the countryside and I was away from friends after school. Fifteen year old me hated it, but really it made me explore music and art more intensively.