Danny McElhinney has many talents. He’s an award-winning Travel Writer, who has travelled far and wide. Danny’s an actor, who has appeared on-screen and on stage. He’s also a DJ, who regularly spins tracks across the nightclubs of Dublin City. But most importantly for The Life of Stuff Music Series, Danny McElhinney is a Music Journalist. And it’s his knowledge and passion for music that brings him here to this page you read right now.

A Donegal native who calls Dublin his home, Danny is a Music Columnist for the Irish Mail on Sunday but also contributes stories to Extra.ie and Evoke.ie. He has interviewed some of the biggest names in the music industry but his words are always full of praise and support for the local and Irish music talents of up and coming artists this Island of Ireland has to offer.

I was buying, or rather my mum was buying me, The Melody Maker, then the NME since I was 12. I wanted to know why my favourite bands wrote what they wrote and how they went about it.
At an impressionable age, a statement from Paul Weller (The Jam), Joe Strummer (The Clash) or Morrissey could inform the thinking of a boy from a small town on the Irish border. I was never particularly good at fighting, sports or a girl-magnet but I knew secretly I could sing and learned to play the guitar. It took ages to get my first band together, easier to join the second one and walked into the third. World domination eluded all three, but on the rare occasion we were interviewed, the person asking the questions seemed like not a bad second prize, if the opportunity ever presented itself. 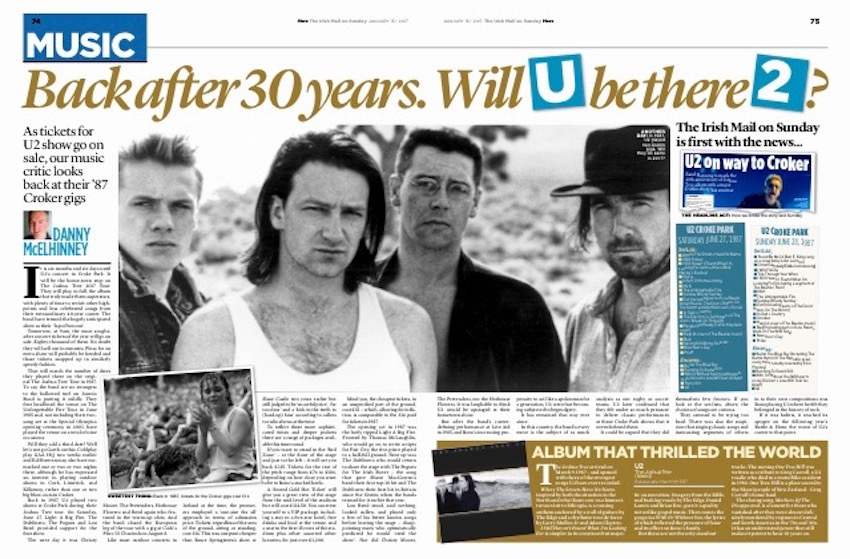 2. How did you officially become a Music Journalist?

The opportunity presented itself! I’d been working in Ireland on Sunday (now The Irish Mail on Sunday) on the picture desk. But the powers that be weren’t observers of demarcation lines. So, when the then Features Editor Philip Nolan asked “could you do a book review?” I said “Of course” and sweated over the writing of the 150 word review for a week. I wrote book reviews from then on. Andy, the Travel Editor wanted someone to write a travel piece on Verona in Italy and I stuck my hand in the air and got my first travel piece in 2003. On the dress down days I would go in wearing t-shirts of whatever bands I was into at that time. I played music at my desk, when strictly speaking I shouldn’t have been. Then I asked for a pay rise, that said “No!” but told me they were toying with the idea of a music column and seeing as I was a music-nut would I have a go, on a trial basis, I’m still doing it nearly 14 years later.

3. Where do you take creative inspiration from for your articles?

It doesn’t matter who it is that I interview, I want to tell their story. It’s a privilege to do that, regardless who the artist is. I have a broad brief, not just pop and rock but country, opera anything. I’ve interviewed everyone from Ed Sheeran to (soprano) Katherine Jenkins. From Paul Weller to Jedward (remember them!). I remember one particularly wet Sunday afternoon going in to the tiny Crawdaddy club (now sadly closed) to interview an up and coming singer playing that evening. I was feeling glum about missing Man U on the telly but she was hilarious, one of the best interviews I’ve ever done. I’m glad I didn’t turn down the interview, I haven’t interviewed Adele since that wet Sunday in 2008. 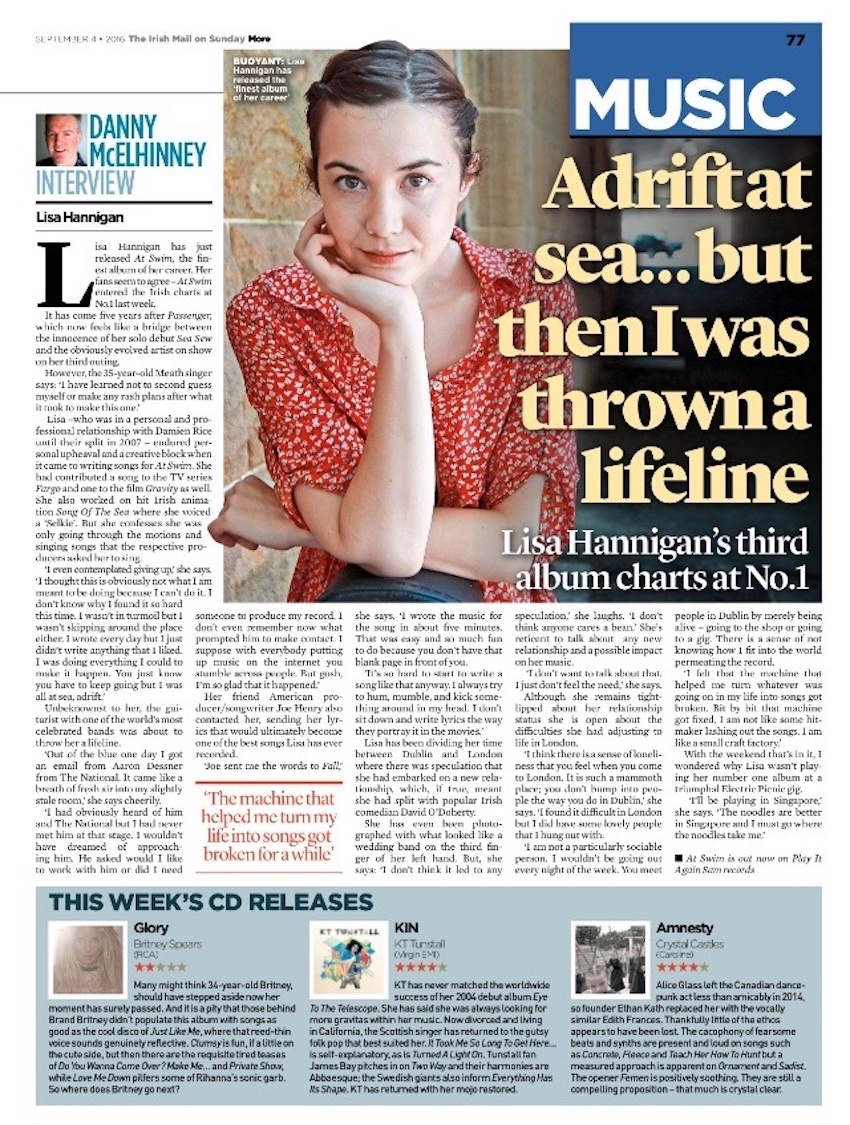 4. What’s the wackiest interview session you’ve been part of to date?

The American indie band Mercury Rev sticks out. When I went in, Jonathan, the lead singer was more interested in his sea food lunch than talking and so sent the (new) keyboard player in to bat, as it were. The interview was going well, but then I noticed that he began looking at me, really intensely; it was unnerving. He said “sorry man, I thought you had a cut on your face, that there was blood on you…but I think it’s ink.” Perhaps with all the running around my (red) pen had burst and I had been continually dabbing it my face and biting the top of it I ended up looking like someone who’d gone 12 rounds with Anthony Joshua. He went back to his bandmates…I could hear the loud laughter coming from their table while I was in the toilets I washing the ink off my face!

5. Other than being a Music Columnist for the Irish Mail on Sunday (and an award-winning Travel Writer, and a regular DJ on the Dublin music scene) what job would be your dream job?

Oh I would still love to strap on a Strat and be a rock singer. again. I’ve also done a bit of acting and if Martin McDonagh, John Carney or any other of our fine directors needs me, I’m not hard to find. 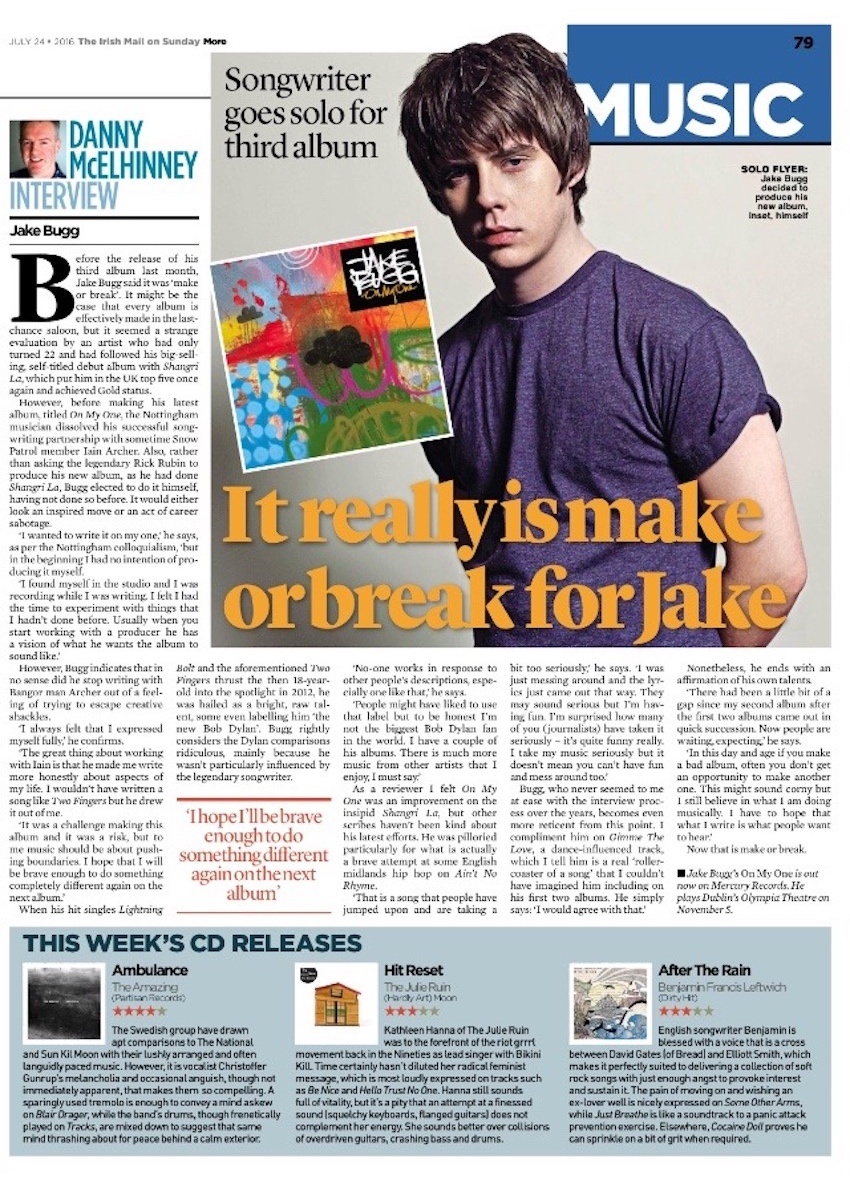 6. You’ve interviewed national and international music stars from pop to rock, but who would be your ultimate interviewee?

That’s the hardest question of the lot! It changes. But at the moment, Bob Dylan, Johnny Rotten (Lydon), Morrissey (although I’ve met him) or Bruce Springsteen.

You know where to find Danny’s writings but you’ll also catch him here on Twitter and Instagram. Thanks so much Danny. 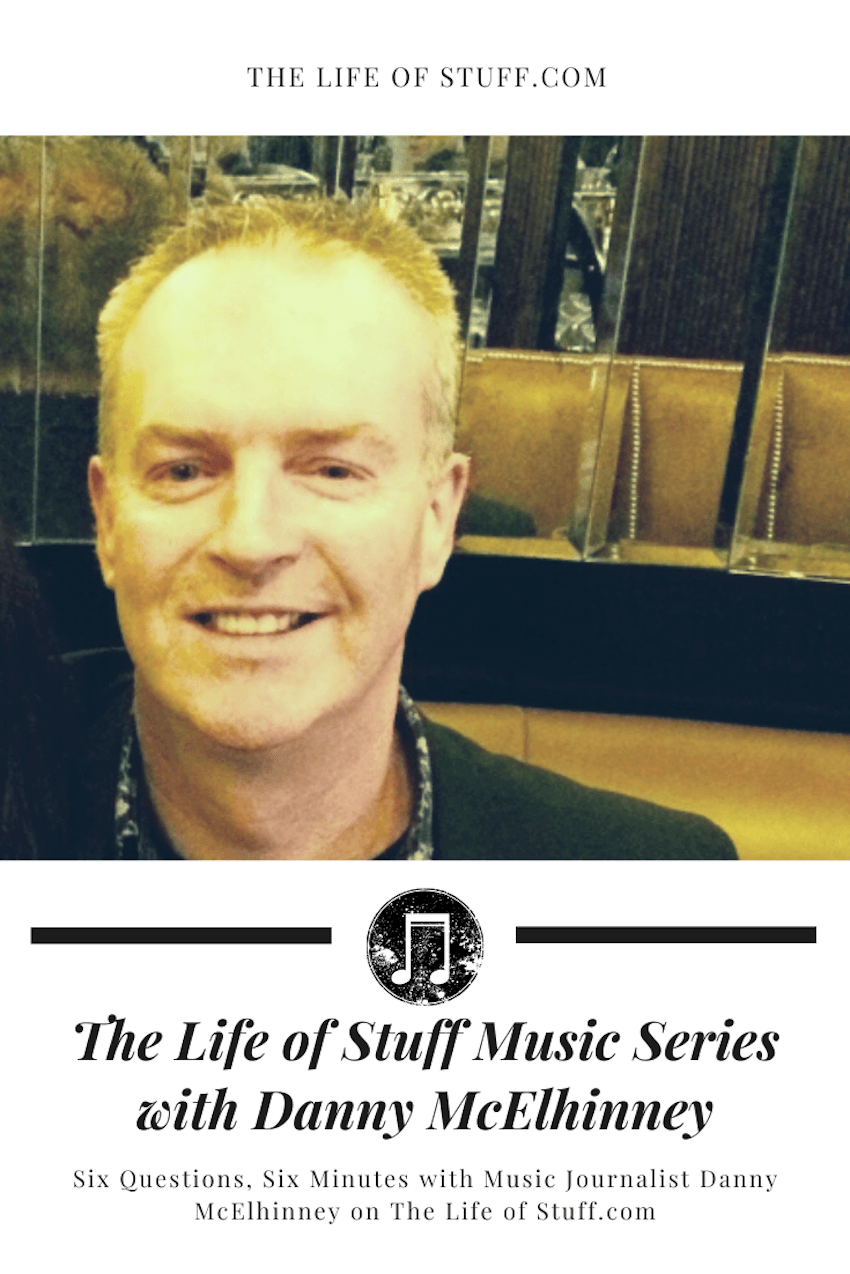 9 Gorgeous Irish Designed Homeware Gifts for €20 or Under