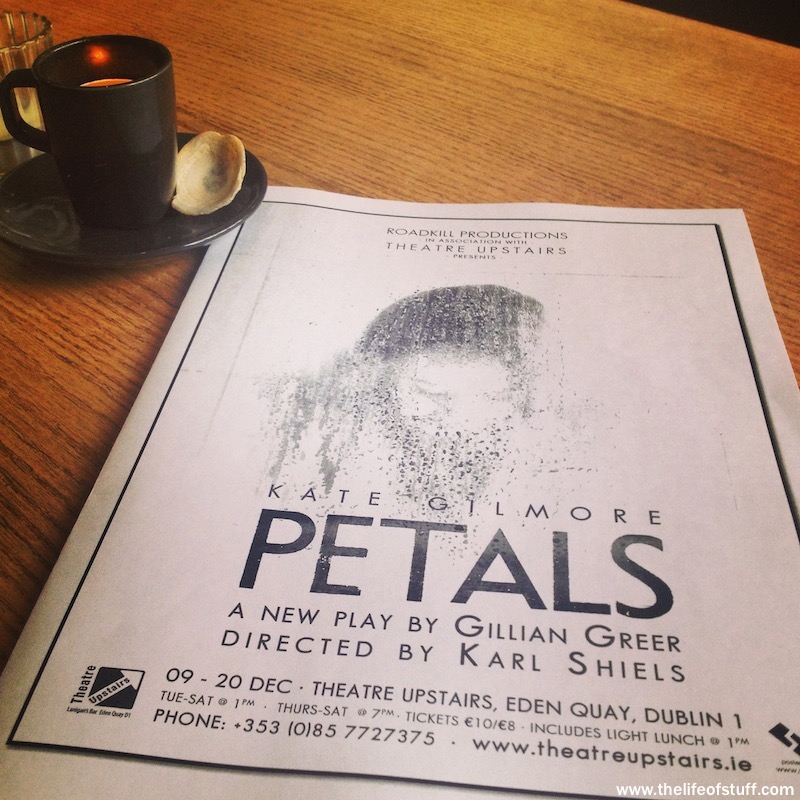 Today at lunchtime I visited my favourite haunt for culture and talent, the one and only Theatre Upstairs, just above Lanigans Bar on Eden Quay. I’ve mentioned the theatre umpteen times here on the blog because to simply put it, I’m a huge fan. For other posts just search The Life of Stuff for Theatre Upstairs and for the Dublin City Guide interview with the Theatre Upstairs Team which was recently published, click here.

Anyhoo … today’s treat came in the shape of their last and nineteenth production of the year, Petals. Written by the talented Gillian Greer, directed by Theatre Upstairs own Artistic Director, Karl Shiels, produced by Roadkill Productions and performed by the unbelievably gifted Kate Gilmore, Petals is no wilting flower.

At the first reading of this play, we knew immediately that it was one of the strongest pieces of new writing that we had ever been submitted at Theatre Upstairs. We knew we wanted Karl to direct it and we knew we wanted Kate Gilmore in the role. Kate is a true rising talent and working with her on this play has been a real experience for all of us, as she is one of the most electrically exciting actors that we have ever had the pleasure of collaborating with in this way. I really can’t say enough about this play.’  (Laura Honan – Managing Director) 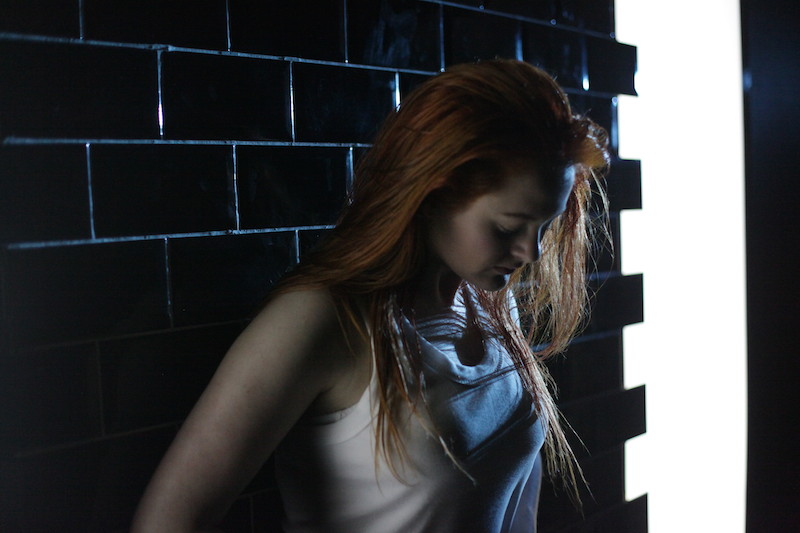 Throughout the year, Theatre Upstairs have housed and supported the productions of world premieres that have had a particular focus on the female voice. With this in mind and from the talent that I witnessed today, Petals is deserved to ring out the theatre’s highly successful year of productions and premiers, a hands down success from its writing and lighting to the sound and Kate’s acting.

Gillian’s writing which is written completely in verse is hard-hitting, thought-provoking, sometimes shocking but altogether a realistic voice of todays youth culture, sexual and social. Kate is so talented it hurts. She commands your attention, beautiful, brazen, flame coloured hair, porcelain skin but with a tongue on her that would cut you in two if you looked at her sideways. She oozes confidence when acting but you see a glimmer of humility when she takes her final bow. 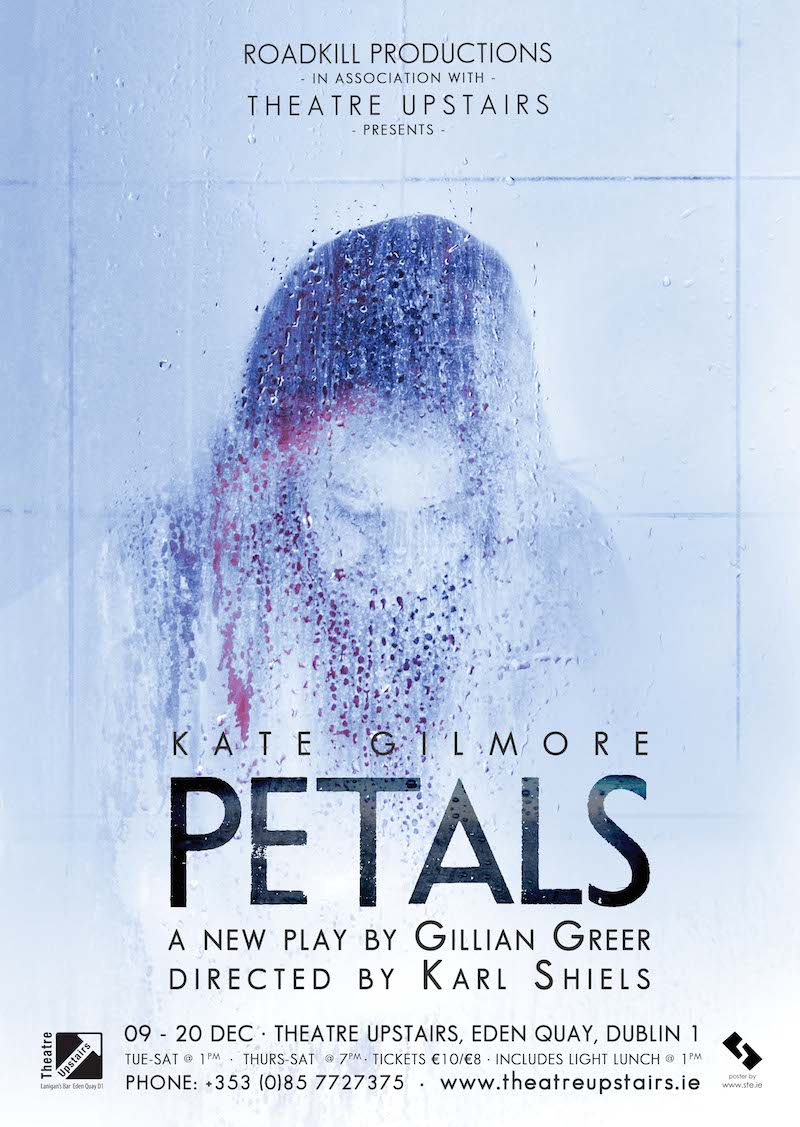 PETALS is the story of one girl’s journey to the night of a lifetime and the trail of longing, lust and loss she finds along the way. Written entirely in verse, Petals takes a vibrant look at what it means to be a sexually awakened in a city where school nuns shame, school boys leer, where less is more and no means yes and the beer-soaked nightclub is sanctuary.

Harsh, wild and searingly honest – PETALS is a coming of age story that takes a fierce look at the dark side of Ireland’s sexuality.

Bevvy of the Week - Independent Stout