Festivals this February 2018 on the Island of Ireland

It’s time to dust of the cobwebs of the winter and spring into life this Spring by getting out and about and filling yourself with hot cups of culture. From Art to The Arts, science to sketches, the Island of Ireland is the place to be all year round, and this February 2018 is no exception to that rule.

These are the Festivals you should know about:

“Once upon a time there stood a wonderfully restored 17th century theatre. Despite being old, the sprightly team of troopers within decided that new work needed a platform to find its way and that audiences simply had to be involved in the process. And so became Scene + Heard.

In its inaugural year (Feb/Mar 2016)  Scene + Heard saw 85 pieces of new work being showcased to an audience of 4,800 people with audiences giving their feedback by secret ballot, video booth, Q&A, Live Twitter feed, candy poll, which was sent directly to the artists. Armed with this feedback the artists went on to further develop their work” (smockalley.com)

“With over 180 events across 50+ venues, the NI Science Festival offers a stimulating and wide range of events focusing on the wonders of science, technology, engineering and mathematics. These events present some of the best scientists from NI and beyond to discuss their work, cutting-edge research and what the future might hold.

During the day, the Festival offers a range of workshops, talks and interactive activities for young people, parents and schools. In the evening we will present an eclectic mix of scientific debate, talks, theatres, comedy, music and film for adults.” (nisciencefestival.com)

“Established in 2008, the Dublin Chinese New Year Festival (DCNYF) year-on-year celebrates, promotes and deepens the understanding of the Sino/Irish relationship. The 2018 programme celebrates The Year of the Dog and marks the 11th year of this internationally recognised festival.

With Chinese New Year’s Day falling on Friday 16th of February 2018, the festival plans to deliver a high profile cultural and celebratory programme to mark this significant date in the Chinese Calendar. Dublin will also continue to build on its twinning agreement with Beijing signed in 2011 and Dublin Airport Authority twinning with Beijing Airport established in 2013.” (dublinchinesenewyear.com)

The festival has screened world cinema from 52 different countries, a total of almost 1,500 films, of which 300 were Irish features including Irish premieres of Sing Street, Once, Ondine, In Bruges, Calvary, The Stag and The Secret of Kells. The festival’s young people’s programme Fantastic Flix is expanding each year, engaging schools and families and building a new generation of film fans.” (diff.ie)

“Kilkenny Animated is a brand new festival of visual storytelling, incorporating cartoons, animation and illustration in a series of exhibitions, talks, performances, workshops and experiences that celebrate the creativity and craft of the visual image.

The festival is hosted by twice-Academy Award® nominated animation studio, Cartoon Saloon and is set against and inspired by the backdrop of Kilkenny’s medieval streets and slipways at the heart of Ireland’s Ancient East. Kilkenny Animated is the first festival of its kind in the world to bring together so many different aspects of visual storytelling for the enjoyment and appreciation of wider public audience.” (kilkennyanimated.com) 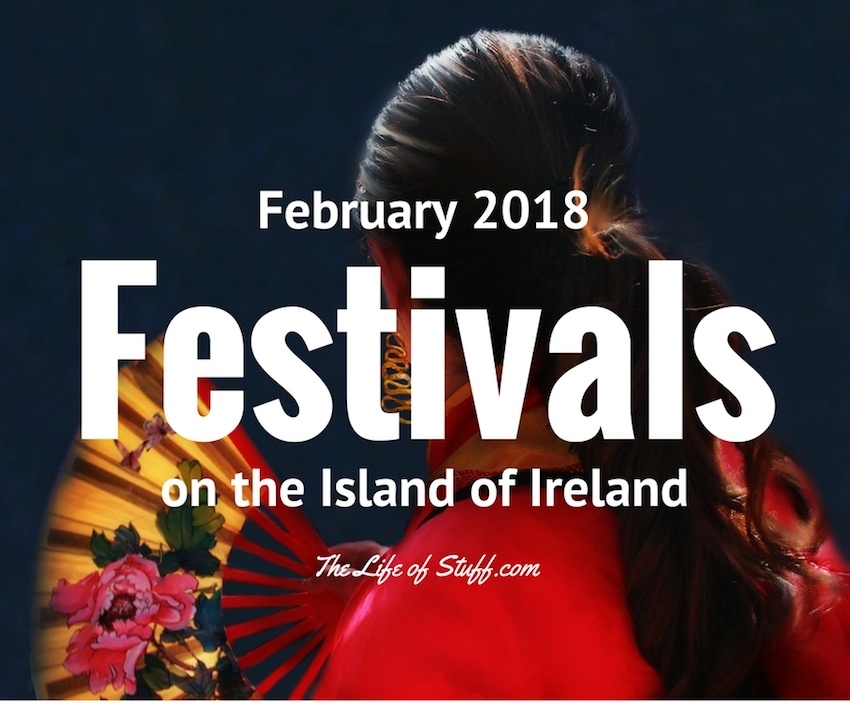