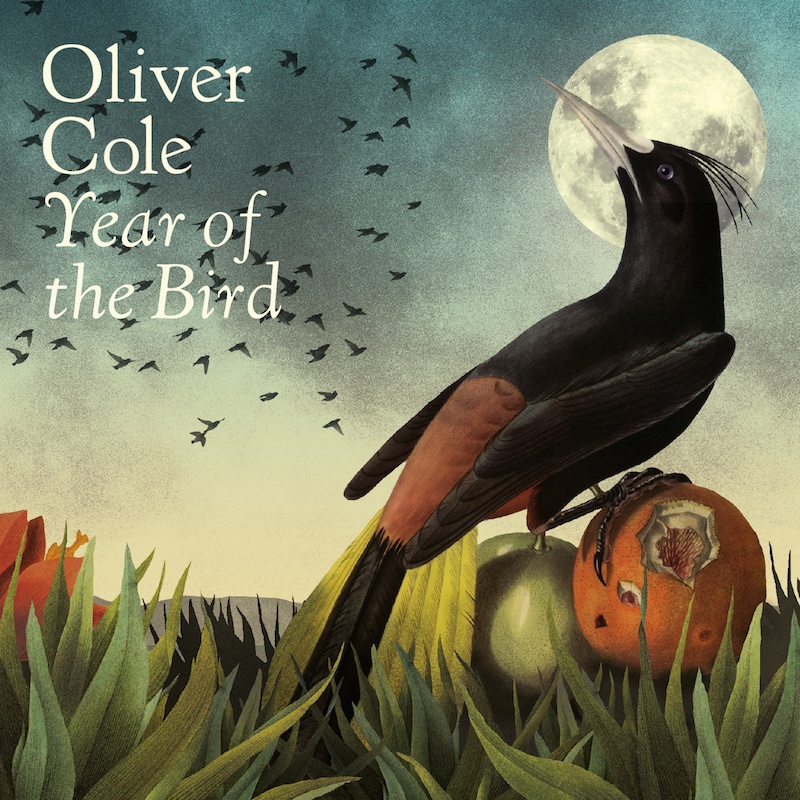 Oliver will play Whelans main venue on the 7th August for the launch of his album and The Life of Stuff has teamed up with him to offer you the chance to see him for free!

This Giveaway will run until this Thursday August 6th 2015 and the very lucky winner will be notified on Facebook, Twitter and Google Plus so get sharing!!!

Year of the Bird can be previewed here or downloaded here for €6.99!

Reviews of Year of the Bird:
“Year of the Bird unfolds gracefully through a range of carefully wrought folk-pop songs” – The Irish Times
“Oliver Cole has put together something that feels rich with import and significance.” – Pure M Magazine
“Oliver Cole is an exceptional songwriter in the truest sense of the term, he is a student of the craft and has been for many years.” – The Last Mixed Tape 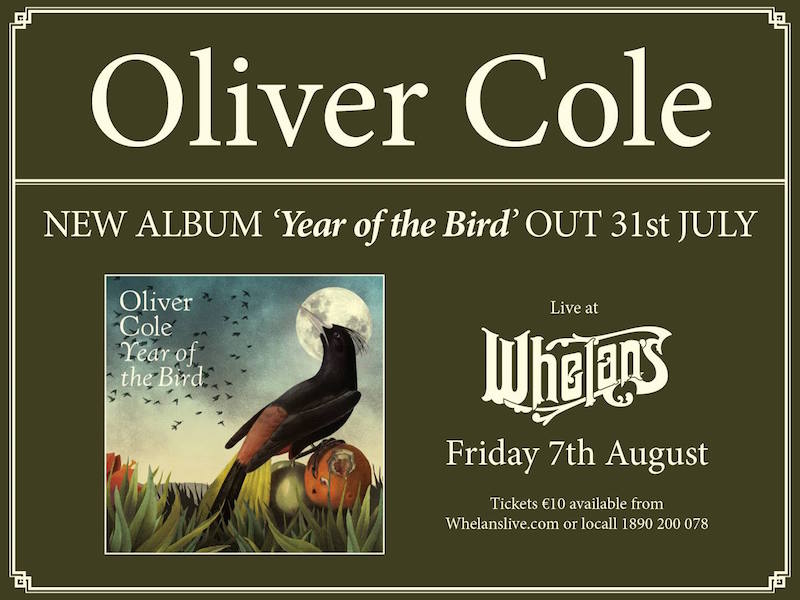 Oliver Cole – Year of the Bird

Originally planned for self release in 2013, the story took a turn when Gary Lightbody heard one of the tracks at a party in London, really liked it, and subsequently agreed to release it on his Third Bar label.

‘Year of the Bird’ is a dream like album, imbued with a sense of love, longing, and new beginnings. Oliver recorded the album at home, and played most of the instruments on it, but was aided and abetted in places by his long time partner in crime, Gavin Fox, as well as Binzer Brennan, Gemma Hayes, and Glen Hansard.

This album was a long process. I always take a long time to make albums. Usually the writing and recording part is pretty quick, them comes the two years of self-doubt and pointless editing. Having said that this album was a joy to record.

It is on the face of it a love record. Although it may sound a little darker than that at times, it was made during a very bright and creative time in my life. The lyrics on this record were important to me. I wanted to capture some powerful feelings, honestly. I knew that context was everything that there needed to be a sort of unexplained reached for but never quite reached beauty. So in this respect the arrangements are very free with a lot of ad-libbed vocals and instrumentation to create an almost dream like ethereal environment for these love pomes to live in.

I knew I had to record everything myself. Although not a very experienced producer I wanted to see if I could achieve what I wanted myself. I made a rule at the start that everything had to be recorded in one take (so no Pro-Tools trickery). I played every instrument and often-spent days trying to nail a bass line, guitar part or vocal. I think the ‘one take rule’ and playing everything myself allowed the album to have both looseness and cohesiveness.

I was happy with the results I achieved myself but in the end called in Bizer Brennan to help me realise some of the trickier drum parts. I was also lucky enough to have both Glen Hansard and Gemma Hayes contribute to the album as well as my long time partner in crime Gavin Fox.

Essentially this is an album I made in my bedroom, something I have actually been doing since I was 15, it’s just no one heard those recordings. I learned a lot about recording and being in the moment. I think I moved in a slightly more experimental direction too and I am really excited for what I do next. I intend to get very experimental. In a world where everything is possible, why is everything the same? I want to make music that both engages and challenges the listener, which sucks them in and takes them somewhere.

The album is called Year of the Bird for my own little bird, my daughter Emily Wren

Although 5 years is a long time between albums I also in that time wrote an album for Belgium artist Glenn Claes and worked with The Coronas on their latest album.

The releasing of ‘Year Of The Bird’

It’s always a slow process finding ways to get your album released. It has become more and more difficult in the last few years as no sane person wants to invest in recorded music.

I didn’t want to do a fund it campaign, it just doesn’t feel right to me. Not for this album.

I was lucky when Gary Lightbody from Snowpatrol heard a song off the album at a party in London and really liked it. He subsequently agreed to bring the album out on his Third Bar label. I am so grateful for this.

The Life of Stuff is Turning 3 Years Old !!!