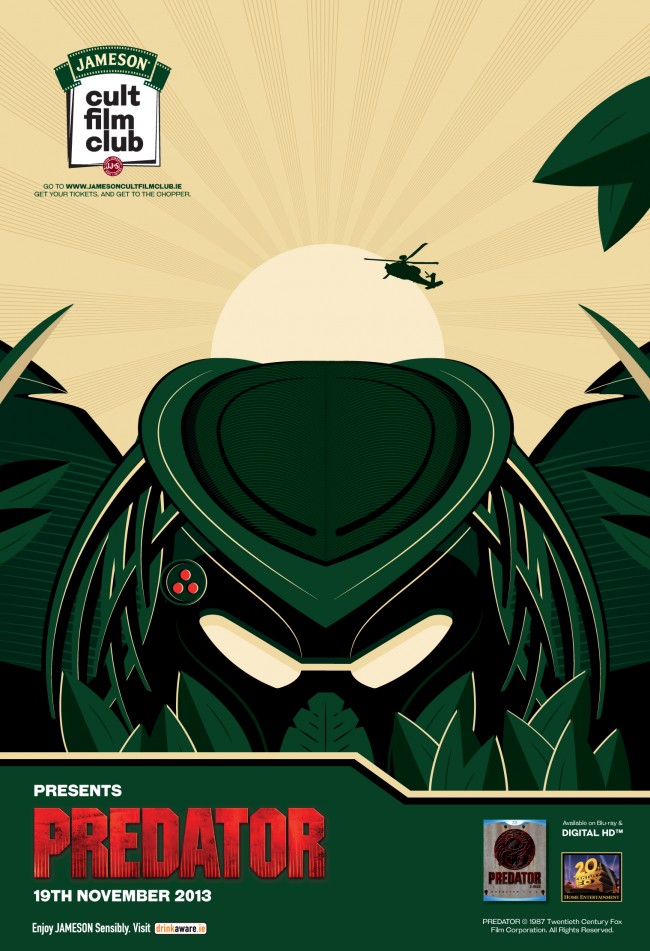 I was really delighted when I got the news that I was going to be part of the Jameson Cult Film Club screening of The Predator on Tuesday night. It was to be my first time at one of these screenings, albeit the fact that I had put my name in the hat lots of times before, this was going to be my introduction to the famous Jameson Cult Film Club and what an introduction it was! 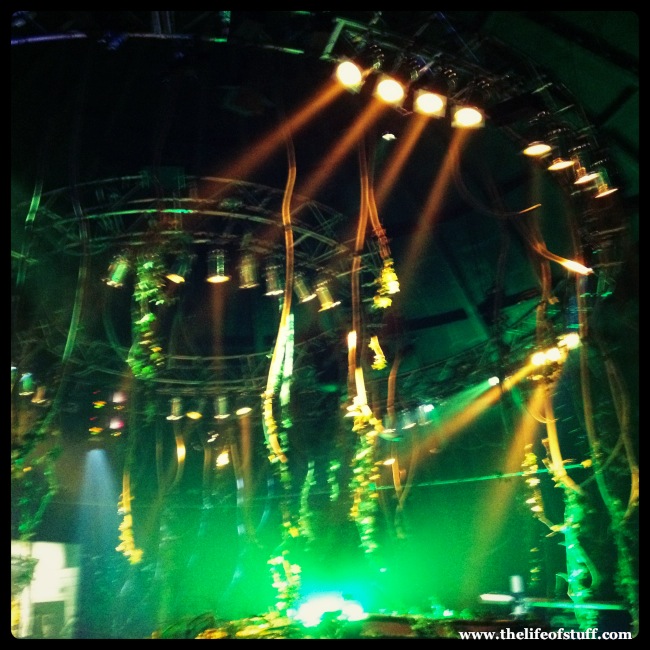 We, Patrick and I, arrived at little early at 7.15pm at (what was up until a few days before a ‘secret location’) the Dublin Mansion House and stood in the cold for about 15 minutes. We didn’t actually feel the cold too much as the excitement of what lay ahead kept us warm. Well that and our warm clothes. We were greeted by clipboards, dog-tags and some very butch looking army fellows or should I say ‘Special Forces’ with guns, fake ones I’m sure, who rushed us inside … ‘Get to the Chopper’ rushed … where we were greeted by a Central American Jungle! The place looked amazing and the attention to detail was, as my dad would say ‘pure class’. To add to the senses the sound of helicopter blades could be heard, the lighting was camouflaged and we were handed a Jameson Ginger and Lime long drink. Delicious! 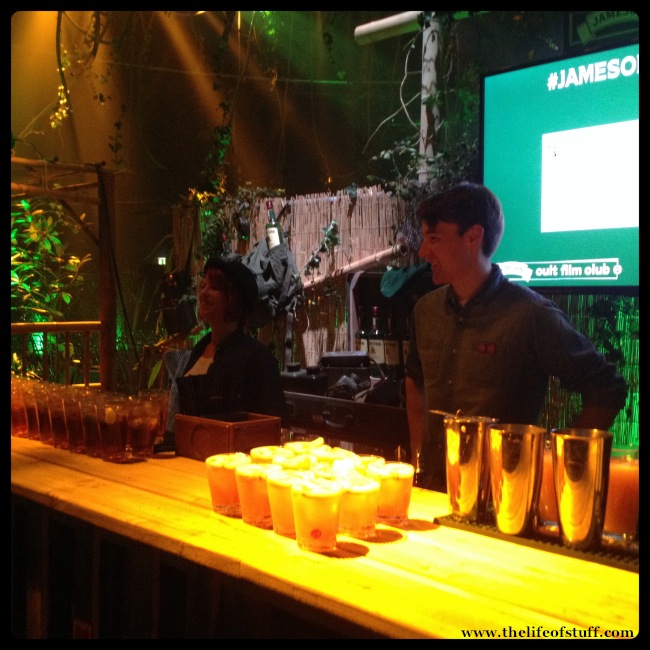 We rambled around the Mansion House, taking everything in, listening to the sounds of DJ Aidan Kelly. The seating area that was set up for the screening lay beyond the scrubs, vines and sandbags and the massive screen showed clips from previous screenings. There were two bars set up with a handsome display of the aforementioned Jameson Ginger and Lime long drinks and another cocktail that I’m going to call Jameson jungle juice as I didn’t ask what the concoction was. These bars had large screens above them that displayed audience tweets and photo’s (mine included). While we chatted, drank and ate, our butch army friends, Major Dutch and the Special Forces appeared through the soon to be audience, keeping the act up at all times … so much so I gave a squeal on a number of occasions as I was caught off guard … no pun intended. As Jameson are all about drinking sensibly, we were given a couple of dog-tags which were marked per drink in blood red marker and we were fed massive Jungle Burgers … which I have to say went down a treat! 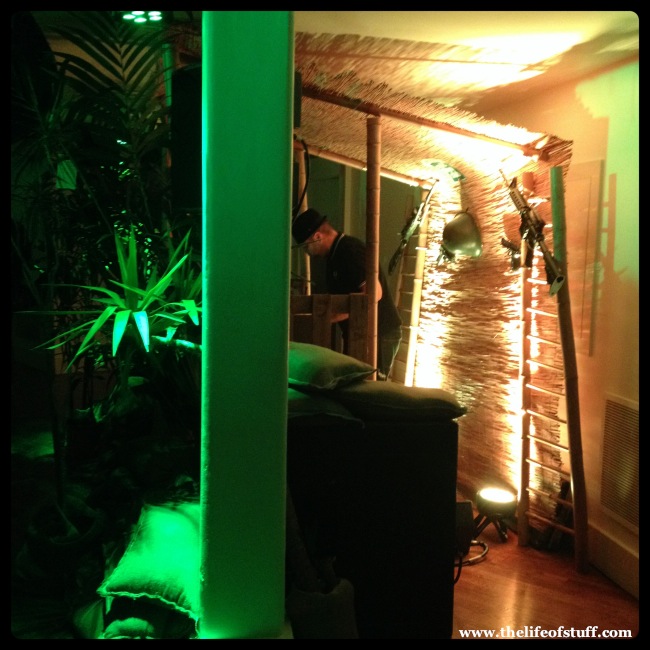 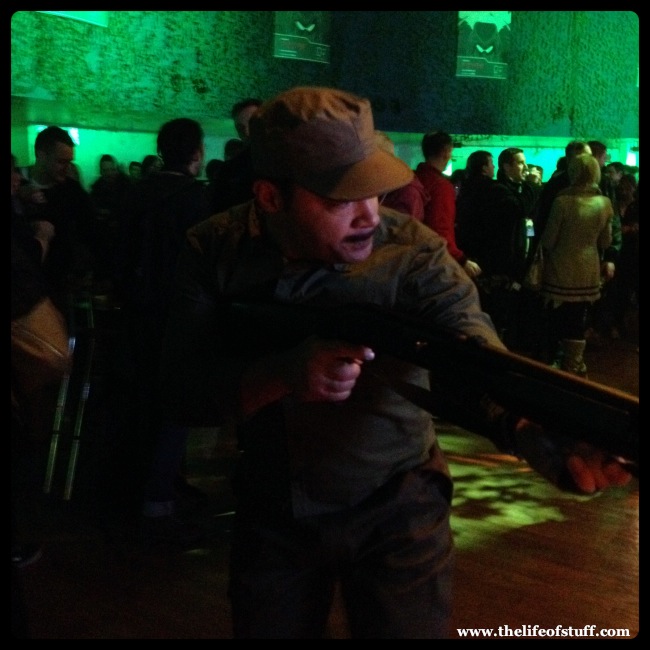 At about 9pm it was time to grab a seat, sit back and enjoy the movie. However it wasn’t your average cinema going event as we were introduced to the 1987 sci-fi triller by The Predator himself … which began our interactive Jameson Film Club experience. The jungle creaked around us, Special Forces dropped to the floor from the vines and darted away, others sprinted from nowhere into the darkness, explosions went off, leaves were blown through the air, skinned bodies hung from the trees and The Predator returned … All of these special effects and more! All perfectly timed to work with the film and with our imagination. We loved it. The audience loved it, as we applauded and wowed. 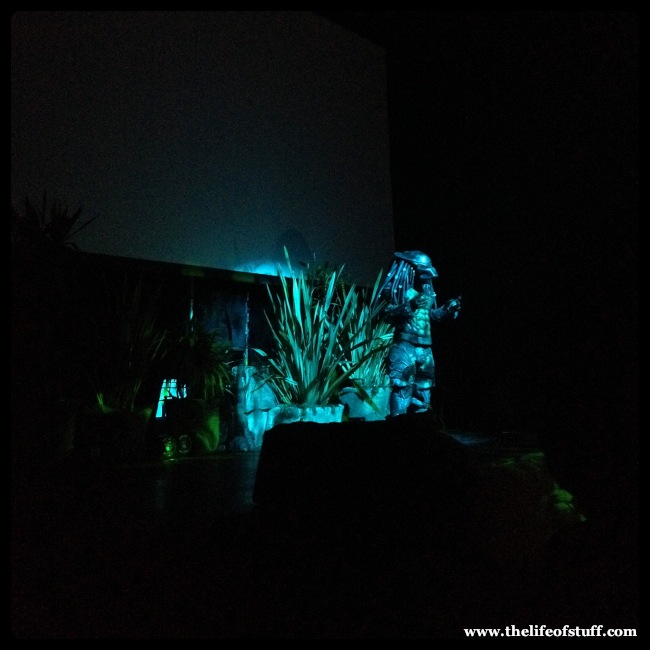 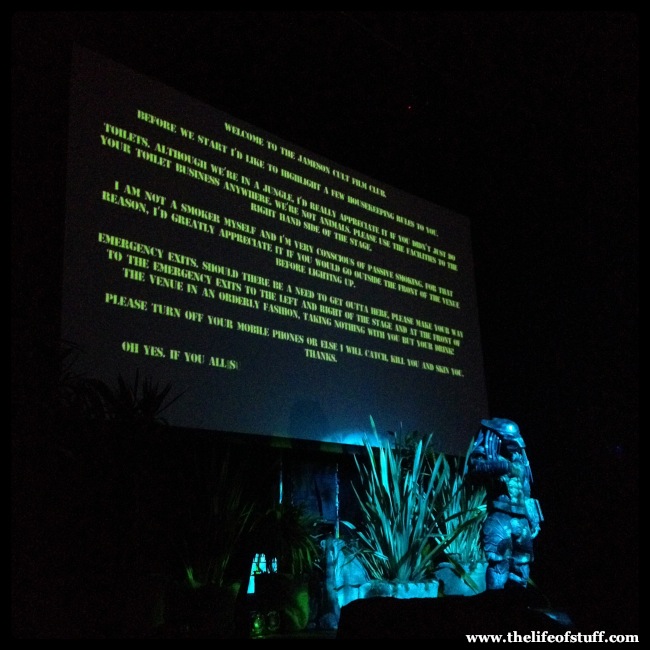 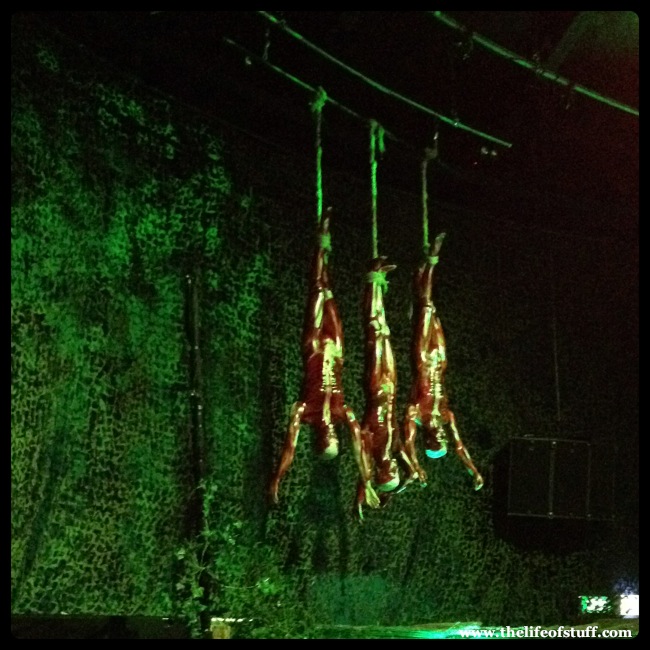 After the film was over we were treated to a nightcap and another jungle burger, along with tunes from Aidan Kelly. A brilliant way to spend a Tuesday and probably the best interactive experience I’ve had to date. The Predator truly came alive. To be in with a chance of experiencing the Jameson Cult Film Club be sure to register with them on their website here www.jamesoncultfilmclub.ie … but you need to 18 years or over 🙂 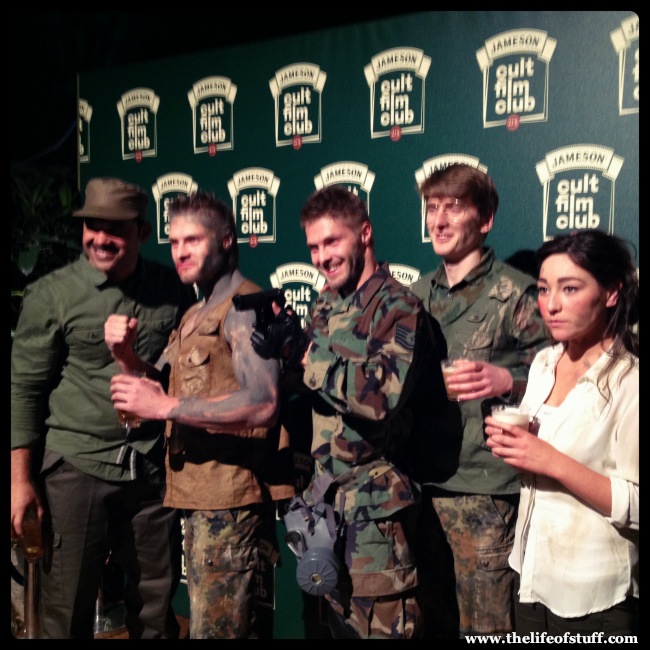