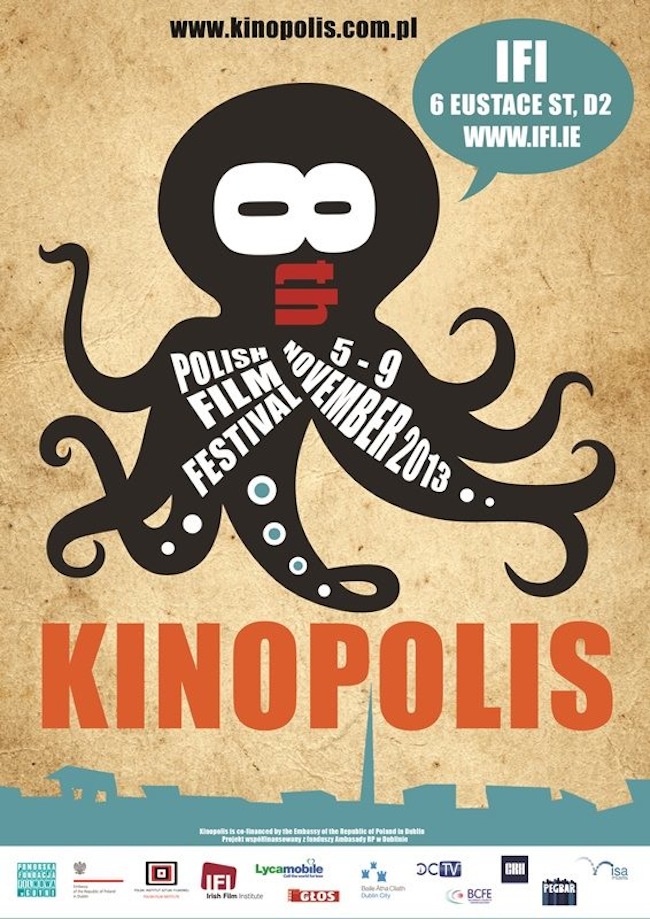 I’ve got Polish friends. I’ve been to Poland on holiday and for a Polish Wedding but apart from skipping through the channels on the hotel T.V. I don’t remember actually sitting down and watching a Polish film, most likely because I can’t speak Polish, well, apart from the basics and curse words (I’m a kid at heart and these ‘bold’ words will always be amongst the first words I’ll enquire about).

No doubt I’ve been advised on many a good film to watch but the only Polish Film I’ve seen is The Pianist which was directed by Roman Polanski, based on an autobiographical book by the Polish pianist and composer Władysław Szpilman, and is a very very good film indeed. I just haven’t taken the time or rather given my time to Polish films. I do think a big ‘Shame On Me’ is in order as Film is probably one of the best media uses to get a feel of a nation. what they’re all about, their humour and a little of their identity … and why wouldn’t I want to know a little more about my friends. Well this year I will loose my Polish film frigidness as I will be attending the KINOPOLIS Polish Film Festival in non other than the IFI (Irish Film Institute) in Temple Bar and to explain it further here’s the press release a lovely little bird emailed me earlier today …

Polish film takes over the Irish Film Institute at KINOPOLIS 2013

‘When I think of Polish cinema, I think of passion, tradition and craft.’
Tamsin Lyons, Producer & Owner at Ink and Light Studio“

KINOPOLIS Polish Film Festival, the longest-running and largest Polish film festival in Ireland, returns for its 8th edition to the Irish Film Institute with some of the best Polish productions. The festival takes place from 5 – 9 November and will be showing 12 contemporary titles, cult animations, a mini-poster gallery in Filmbase and Q&As with world- renowned animator Piotr Dumała and award-winning film director Andrzej Jakimowski.

KINOPOLIS 2013 showcases productions which tackle every-day struggles of contemporary Poles such as self-defining personal identity and sex orientation or fighting with and winning over physical impairements. Poland is undergoing much sociocultural changes at present, and budding filmmakers have utilised this shift to analyse and redefine the make-up of modern Poles in their work, along with adopting the themes of Western liberalism, traditions of religious obedience and unspoken taboos.

This year’s festival opens with ‘Imagine’ by Andrzej Jakimowski, starring Edward Hogg (‘White Lightnin’ (2209), ‘Bunny and the Bull’ (2009)) and Alexandra Maria Lara (‘The Reader’ (2008), ‘Rush’ (2013)) an inspirational love story set in Portugal. Jakimowski beautifully captures the sensual chemistry of two people with visual impairment, in a search of happiness. The film has received Best Director and Audience Award at the Warsaw Film Festival (2012). After the screening the audience will have a chance to see behind the camera, in the company of the director himself during a Q&A session.

I’m really looking forward to the Festival and I’m sure I’ll be disappointed that I’ve missed out on the previous seven years! I’ve just shared the programme with a good friend in Warsaw so it’ll be fun to see what he recommends! Keep an eye out for more posts … oh and …