Culture, Music, What's On
4 weeks ago
by Edwina O'Connor
0

Red Bull SoundClash is coming to Dublin’s RDS on Friday 21st October for the first time ever.

WHAT IS RED BULL SOUNDCLASH?

Red Bull Soundclash was inspired by a culture of competing sound systems that started in Kingston, Jamaica, during the 1950s and spread throughout the world.

The aim was for artists, MCs, and DJs to create the ultimate party, whip up the biggest crowd, and walk away with the greatest bragging rights.

As clashes evolved over the years, Red Bull SoundClash was born to add wider scope to the traditional dancehall and reggae-focused musical battle. Now, Red Bull is excited to bring SoundClash to Ireland for the very first time.’

WHO ARE THE CREWS?

Dublin duo Mango X Mathman (of critically acclaimed debut album ‘Casual Work’ in 2019 and ‘The Quiet Life’ in 2022) head up the first crew and they’ll be battling it out musically with Irish R&B artists; Dubliners and ‘must-see’ acts: Abi Coulibaly and Monjola. 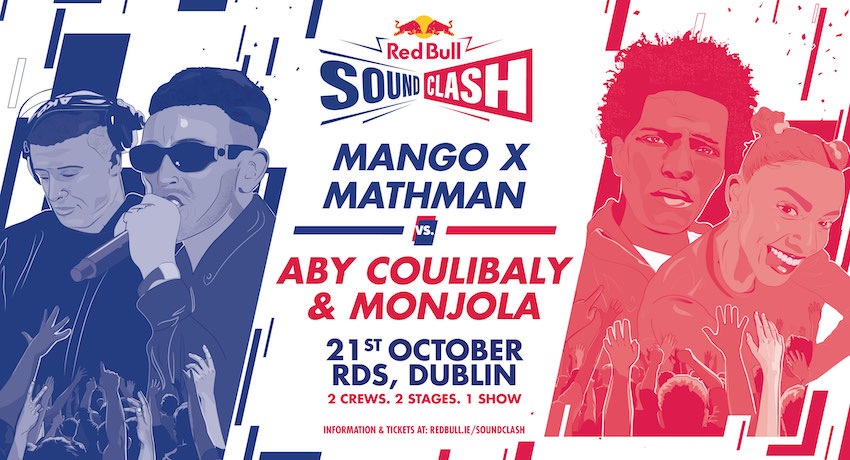 Ticket Price: €25 including Booking Fee | Over 18’s only: ID required.

Breathe New Life Into Your Outdated Bedroom in 5 Savvy Ways

Bevvy of the Week - Porterhouse XXXX Full On Stout