I love Halloween and most of us Irish do too, sure we did invent it after all!

Dressing up to go to a party, snuggling up on the couch at home to watch a creepy movie, loosing all your teeth to the sugar laden sweets you bought for the kids that come trick or treating … jack o lanterns, bobbing for apples, monkey nuts, fake blood and the chill in the air that tells us that winter is on its way.

If you live in Dublin or plan on making it your home for All Hallow’s Eve, here are some things you could get up to at the weekend …

“Ireland’s Feminist Film Festival is running for the second time this autumn in Dublin. All profits are, once again, going to a fantastic charity called Sasane.”

The Feminist Film Festival Mission is to “help counteract the misrepresentation and narrow range of women portrayed through stereotypical female characters and in two-dimensional roles and expose audiences to a broader scope than those often found in mainstream cinema. Characters that are more easy to identify with, more diverse, more interesting, more real, more fleshed-out, more exciting, characters that, therefore, don’t patronise their audience … To screen, support and promote films where women have played a vital role in a film’s making, production or as a crew member in order to help counter the under-representation of women in the film industry. We want to celebrate women who are working in the industry and we also hope to inspire and empower others to get involved in filmmaking and production … To bring the perspectives, stories and experiences of women, feminists and *women-identified people to a wider audience through film in an inclusive, positive and friendly environment and event”

This year includes the Irish Premiere of “She’s Beautiful When She’s Angry” produced by Mary Dore. 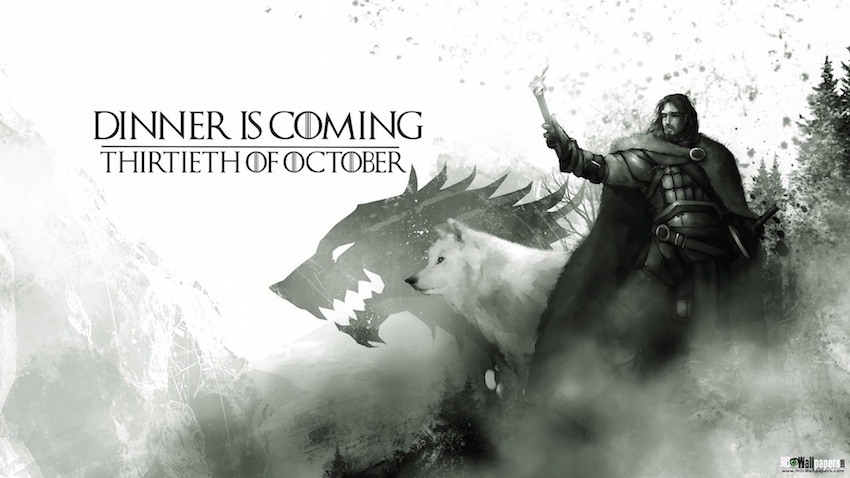 “Stark, Baretheon, Lannister, Targaryen, Tryell, sworn sword, hedge knight or dothraki freerider. Whatever your Known World allegiance, come and indulge your inner nerd in an evening where all the great houses come together but be assured that guest right won’t be breached and there will be a minimal amount of murder.

The Banquet will offer up many of George RR’s favourite delights. We intend to feast like lords & nobles, from the meat eaters and ale sluggers of the north, the rich spicy diets of Dornish princes to the opulent diet of wine drenched Kings Landing most rich and powerful. Game Pie, Duck Sausage, Bowl of Brown, Hard Cheeses, Stallion Heart, Lamprey, Sisters Stew, Lemon Cake and Custard.

An evening of excess must be matched with the finest wines of the Arbor, ales of the North and sour wines of Dorne.
Come as your favourite character or just proudly display the sigil of your favourite house.”

Down the Rabbit Hole

“Down the Rabbit Hole into The Liquor Rooms

Down, down, down into the rabbit hole we go underground into our liquor-laced wonderland. Be entranced by our delectable performers and sent into a dancing frenzy by our skilled musicians. There will be tempresses and tricksters, rogues and rapscallions and more!”

Live performances from Bella A Go Go , Grim Squeaker and live music from Higher Ground. Followed by a fantastic DJ set till late.

The Workshops Halloween – Day of the Dead Floral Fiesta

Visit: facebook/THE-WORKSHOPS or purchase tickets from MVP / The Bernard Shaw 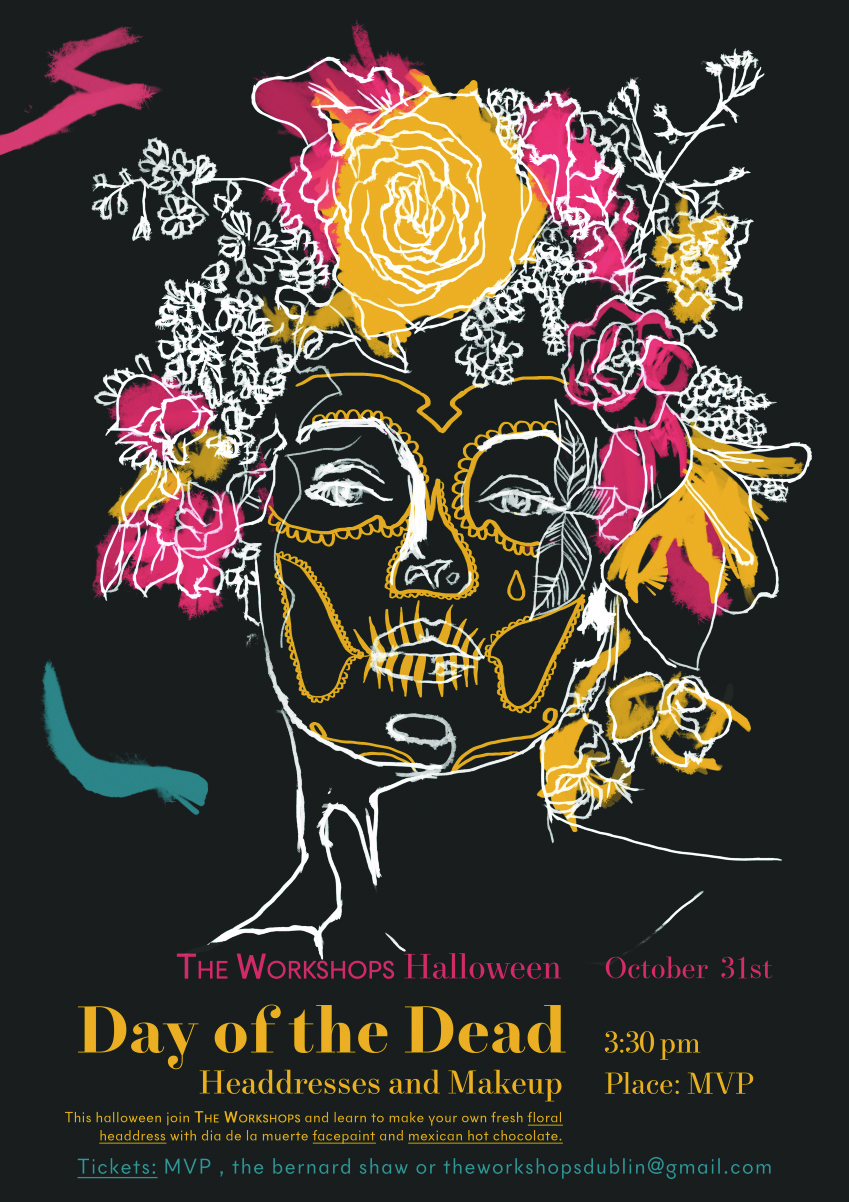 “Day of the Dead Floral Fiesta … Look Day of the Dead-ly on Halloween. Create your own Dia de los Muertos floral headdresses while sipping on spiked Mexican hot chocolate. Then get your face (paint) did so you’re all set for a spooky Halloween Eve!”

Price: €20, ticket includes a supper bowl, complimentary drink on arrival and all the usual BYOB benefits of Canal Club 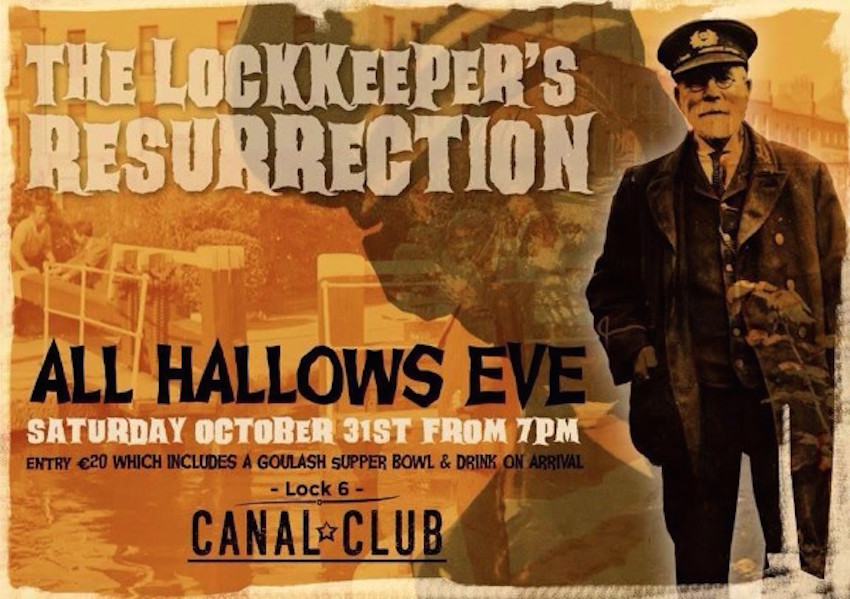 “At 9 o’clock on the evening of Saturday, 6th April 1861 near Portobello Bridge, a horse-drawn bus, driven by Patrick Hardy, had just dropped off a passenger and started up the steep incline of the bridge when one of the horses started to rear. The driver tried to turn the horses but both horses became uncontrollable with fear and backed the bus through the wooden rails of the bridge. The bus, horses, and the six passengers inside, plunged into the dark cold waters of the canal lock, which was about 20 feet deep, with 10 feet of water at the bottom … According to some accounts, on the night of the accident a brilliant light was seen to rise from the canal water and turn into a human shape. They say the ghost of a lock-keeper, who drowned himself after being sacked for drunkenness, was to blame for the tragedy.”