The secret Dublin venue is only revealed to ticket holders and will be completely transformed to the errie surroundings of Packanack Lodge Counsellor Training Centre on the shores of Crystal Lake. Lucky ticket holders can expect to be greeted by the indestructible Jason Voorhees and terrorised by Crazy Ralph on his bike, while live theatre, props and themed special effects will create an electric atmosphere in the venue.

Following the screening, the party will continue in true Jameson style with DJ Aidan Kelly taking to the decks while guests enjoy ‘New Jersey’ Burgers and Jameson, Ginger and Lime long drinks. 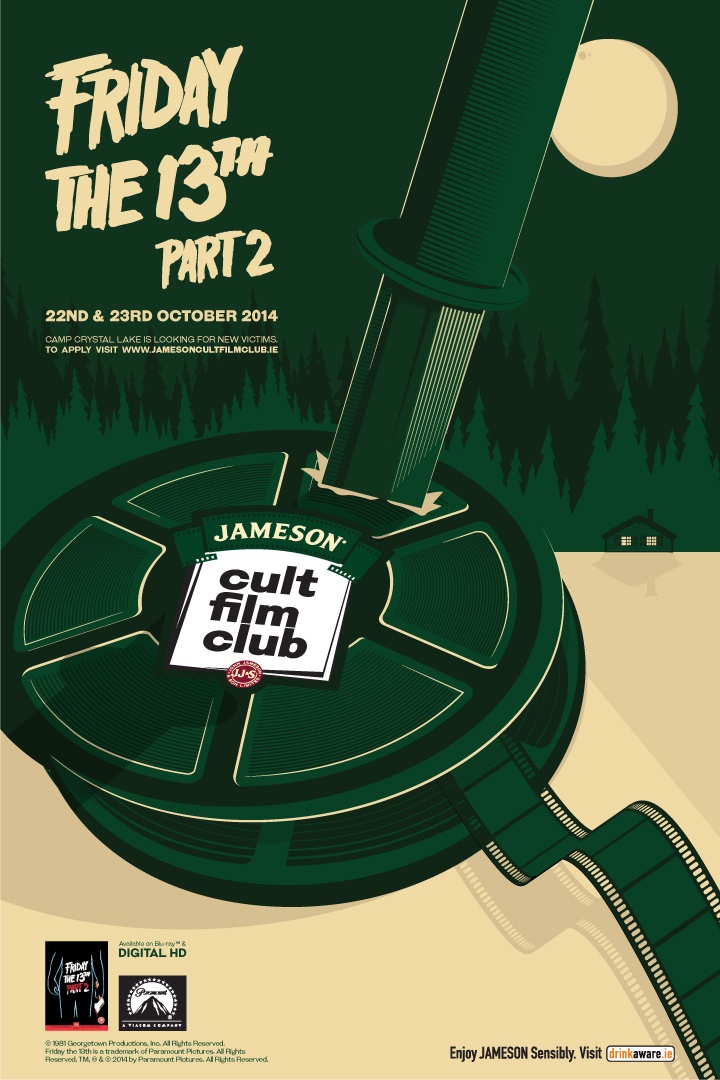 Patrick and I have been lucky enough in the past to witness all that the Jameson Cult Film Club screenings have to offer and to say we’ve been impressed is an understatement! For all you horror fans out there this is not one to miss if you can help it. Tickets to both screenings are like the golden tickets from Charlie and the Chocolate Factory but you won’t be chewing gum or licking walls at this (not unless you want to that is).

Although most lucky ticket holders have been chosen from www.JamesonCultFilmClub.ie – The Life of Stuff is excited to bring you a like, follow and share competition where you can win a pair of tickets to the Thursday October 23rd‘s screening. So that’s Friday 13th on Thursday 23rd folks!

This giveaway will end at midnight on Wednesday 22nd October and the lucky winner will be chosen by Jason. Simples and lets recap …

If Jason picks you, you’ll get two tickets to the screening on Thursday 23rd October. It doesn’t really matter who you choose to bring with you, as Crazy Ralph put it, ‘You’re doomed, you’re all doomed!’

All entrants must be over 18. Enjoy Jameson Sensibly. Visit DrinkAware.ie

Bevvy of the Week - LBV Port

Win One of Two Pairs of Tickets to the Wedding Journal Show, Dublin

Win a Healthy Hamper from Zerochol

Win a Virgin Mojito Hamper from The Body Shop

Win Tickets to Taste of Dublin 2015