A few weeks ago I received a small package in the post from Ben & Jerry’s. Inside were three delicious cookies and a message ‘What’s crunchy, crumbly and oh so scruptious?’ – ‘Ben & Jerry’s latest flavour invention of course!’

… the cookies didn’t last long I have to tell you but what lasted even less time were the three tubs of Ben & Jerry’s that arrived about a week later. No I didn’t devour them all myself … sure you know I’m always promoting the ‘Sharing is Caring’ motto but it’s a good thing Ben & Jerry’s ice-cream tubs are 500ml because an experience so sweet and lovely as trying out new ice-cream inventions could have gotten nasty. #JustSayin

Anyhoo Mr Ben Cohen and Mr Jerry Greenfield, you have done it again … You have created three more delicious ice-creams. You have also converted me to chocolate ice-cream – I’ve never been too big a fan but What-a-lotta Chocolate is just scrumptious … and on that note, if I had to put these three in order of rank, going by how quickly Patrick and I emptied these tubs the results would be What-a-lotta Chocolate, Utter Peanut Butter Clutter and Speculoos? Specu-Love … Mmmm 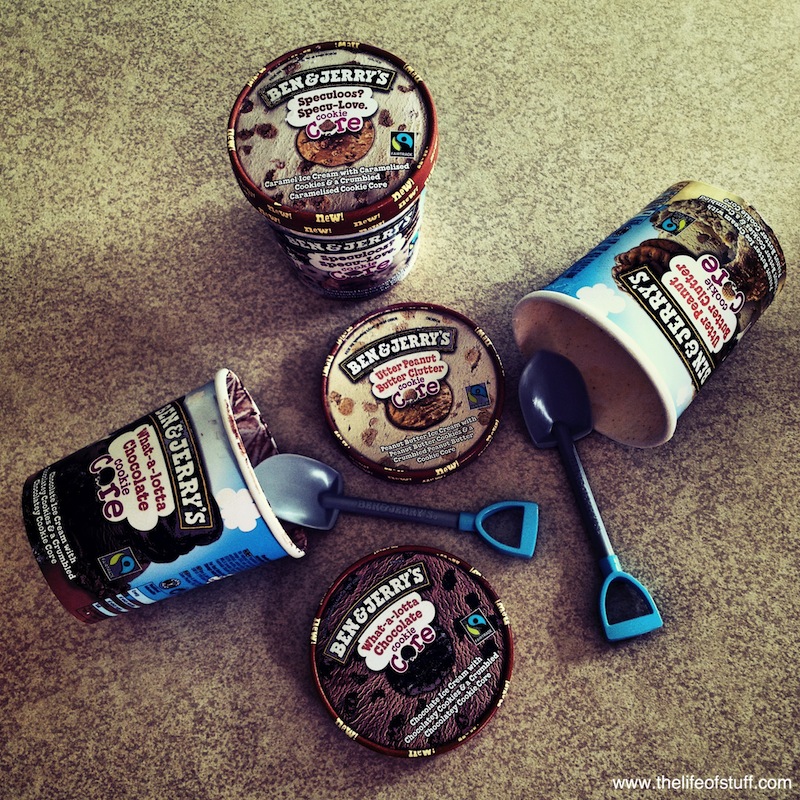 I’ve always known Ben & Jerry’s have the best work ethos and care where their ingredients come from … Fairtrade … Caring Dairy … and maybe this pride makes their ice-cream taste creamier and sweeter, who knows … but speaking of pride, Ben & Jerry’s ethos stretches further than the dairy farm and factory floor because this May they will be scooping out free Fairtrade ice cream and pledging to VOTE YES in the upcoming Marriage Equality referendum. For full info on dates, locations and times, visit: www.benjerry.ie/yesequality. 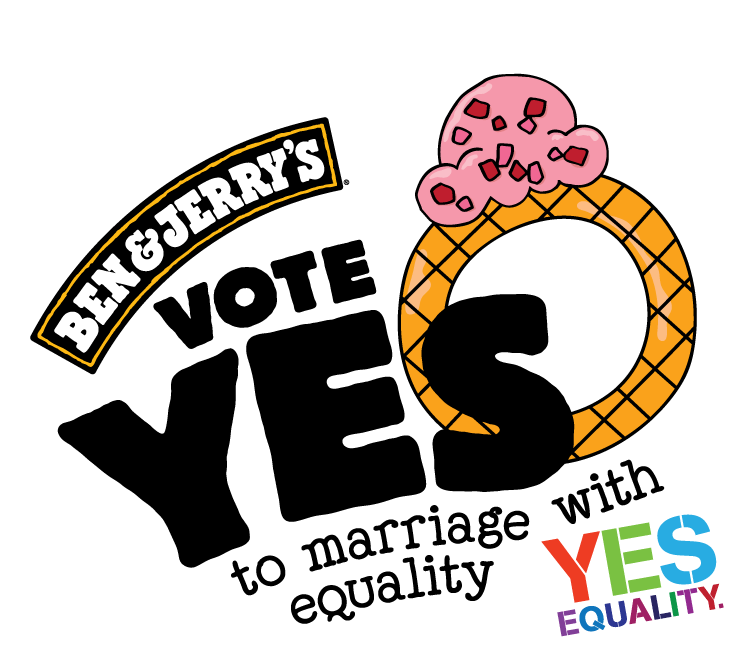 Ben & Jerry’s gets ready to crumble

The sequel to Ben & Jerry’s much loved Core Range, the Ben & Jerry’s Cookie Cores range has arrived.  The range is made with love at its core and includes 3 flavours; ‘What-a-lotta Chocolate,’ ‘Utter Peanut Butter Clutter’ and ‘Speculoos? Specu-Love.’

This new range features a crunchy, spoonable cookie core and is surrounded by euphoric Fairtrade ice cream with chunky cookie pieces thrown in for good measure!  Starring crumbled chocolate, peanut butter and caramelised cookies, these tantalising tubs are set to be a hit with flavour fans.

‘What-a-lotta Chocolate’ comes with a euphoria rating suitable for sweet-toothed fans in search of an indulgent scoop.  At the heart of this taste sensation is a core of delicious crushed chocolatey cookie, surrounded by rich chocolate fair trade ice cream.  Not content to stop there, the Ben & Jerry’s Flavour Gurus have added extra  chocolatey cookie pieces to delight the taste buds.

A delicious caramelised biscuit with a spicy twist is at the core of ‘Speculoos? Specu-love.’ Surrounded by caramel ice cream and caramelised cookie chunks with a crumbled biscuit core it’s a crunchy, creamy concoction that will leave fans wanting more.

David Suter, Brand Manager for Ben & Jerry’s Ireland said; “Ben & Jerry’s has always been ahead of the herd when it comes to cookies! Back in 1986, we put cookie dough in our ice cream – a radical idea that became Ireland’s favourite flavour. The newly released Cookie Cores are the ultimate indulgence, starring three iconic cookies crumbled into the new flavours.  There’s a Cookie Core to suit every taste, whether it’s spiced, sweet or nutty, we know fans will be digging in!”

Each new Cookie Core is Fairtrade certified and uses sustainable milk and cream from Ben & Jerry’s Caring Dairy farmers – it’s cookies, and so much Core! Available in 500ml tubs at RRP €5.99

Best Beauty Buy in a While - bareMinerals bareSkin

10 Recipes to Make with Your Windowsill Indoor Herbs

Embrace Spring With These Cooking Tips From World Kitchen

How To Host The Perfect Dinner Party – From Cutlery to Candles