Our hotel was in the heart of Buenos Aires when we stayed there. And because we like to walk and explore new places when we visit a city, we walked to La Boca and back. It only takes an hour or so. But if walking isn’t your thing, then you can take a taxi (20 minutes) or a bus. 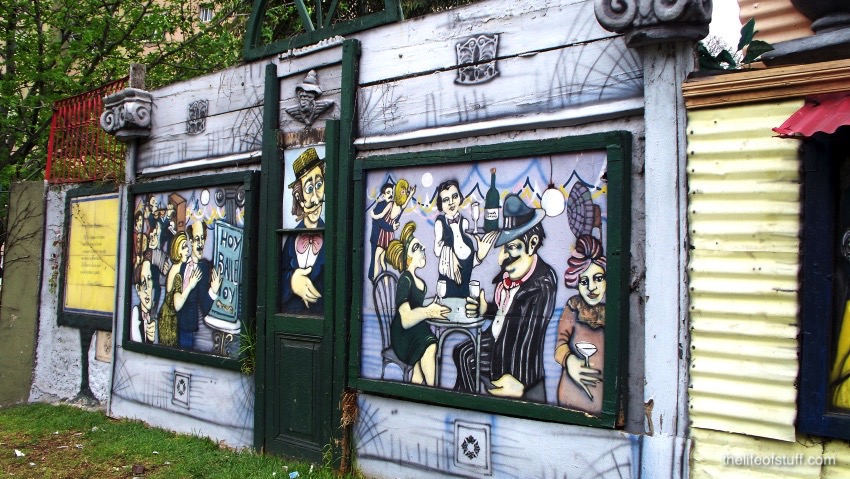 I’ve read that the surrounding neighbourhoods can be a little dodgy but we didn’t stumble across any issues. My advice is the same for when you are in any city (in the world) you aren’t familiar with, is to not act the tourist, leave your valuables at home (in your hotel). Keep your camera tidy and close to you and don’t flash the cash, blend in so to speak.

If you do decide to walk you’ll be greeted to lots of colour the nearer you get to La Boca’s centre, the Caminto and a sign will tell you when you’ve reached your destination …

The information post on La Boca Catalinas was a great read and so I’ve featured it here.

“When Garay founded the city of Buenos Aires in 1580 the only shelter that was available for the vessels that came near the Pampa coast was the Riachuelo, a stream that flows into the Rio de la Plata. Thus the city began to stretch towards the south of the Plaza Mayor. For many years there were only masts to be seen along these coasts. The land lay low and was easily flooded when struck by the South Easterly wind typical of this region.” 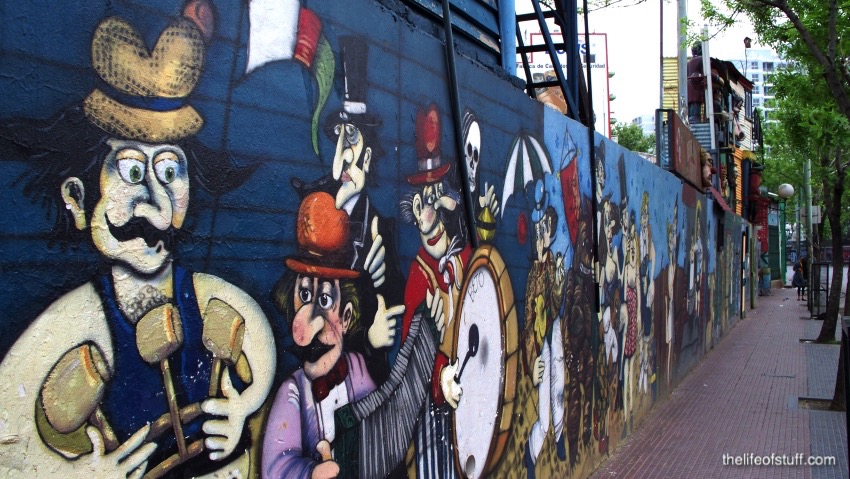 “For two centuries the Boca was a settlement with some huts and few general stores where drinks were sold to the patrons. In the middle of the last century the vessel movement began to increase and a marine neighbourhood emerged around the ‘Tin Port‘ next to the Vuelta de Rocha. Immigrants began to arrive, many from Genoa, Italy.

“They built their house with wood and metal sheets on piles. This was an important example of spontaneous architecture, as was the origin of their colourfulness derived from the paint they retrieved from the ships. The immigrants worked hard and in a short time build salting houses, tanneries warehouses for wool, coal, naval workshops and underground storage buildings.

“Tenement buildings sprung up to house the workforce of the district. Unknown dialects were spoken and the then repudiated Tango was played.”

“At the beginning of this century the railway and the tramway arrived and the neighbourhood filled with cranes, shipyards and chimneys. People worked intensely as Quinquela Martin the outstanding Boca painter reflects on his works.

With the construction of Puerto Madero and later Puerto Nuevo the marine Boca disappeared.”

The ‘La Boca’ We Know Today

“Today La Boca (the mouth of the rivulet) which owes its name to the Riachuelo is still related to it, although the post is not longer here. It has been said that the Argentine people are descendants of the ships and we might add, the shops machines capable of generating their own surrounding landscape.” 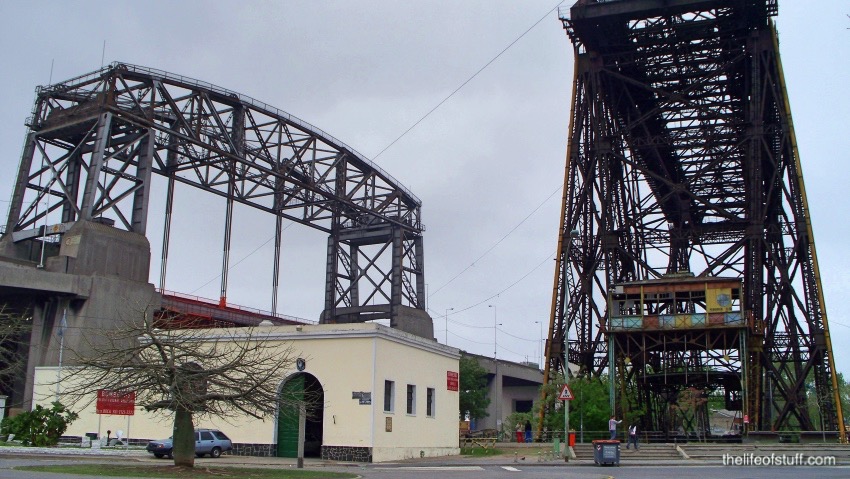 Depending on which direction you arrive at La Boca, you’ll be greeted by these massive steel structures. But even they have splashes of colour.