Exploring the Hellfire Club on Montpelier Hill. One of Patrick and my most favourite things to do when we lived in Dublin was take a short drive out of the city and head up the Dublin Mountains. We usually brought Charlie our dog along for the ride, so we could walk the four little legs off him. A tired dog is a happy dog, or so they say.

I love that from wherever you live in Dublin you can hop on your bike, get in your car, jump on a bus, or board a luas or train and within minutes be at the beach or in our case up the mountains. And I adore walking in the Dublin Mountains. There are plenty of walking trails and plenty of shortcuts through the woodlands. 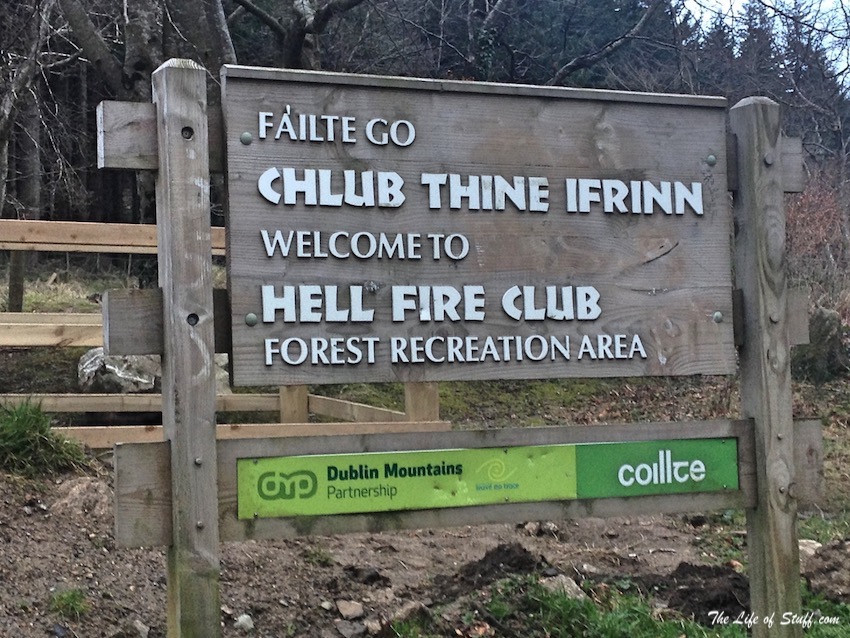 I know for Charlie no matter how many times we might take the trip, it’s like an adventure to him. And to be honest it feels like that to me too. And now that our family of two, or three including Charlie has become five – we share our adventures with our two little wildlings, Smith and Cassidy. Who thankfully share their parents grá for the Irish countryside – and love nothing more than to be outdoors exploring the world around them. 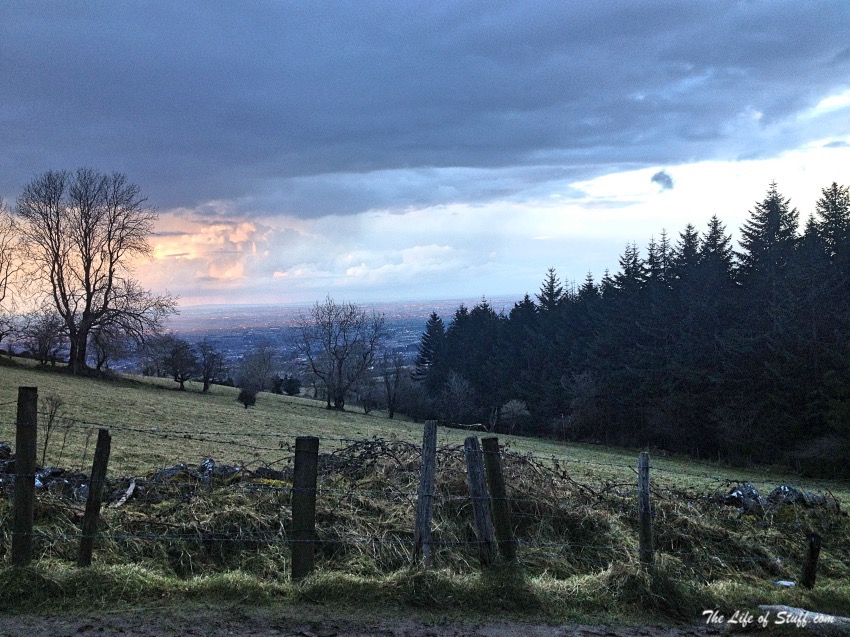 These images were taken on a fine but cold weathered Saturday evening in March on one of our trips out of the city. As we drove up the winding roads towards the mountains, we decided that The Hellfire Club would be our destination. We left it quite late getting there and only arrived at the car-park at 6pm. I remember being guaranteed that we’d easily make it up to Montpelier Hill and back down before it got too dark. I was also guaranteed that we had a flashlight should a certain person be wrong in their judgement. 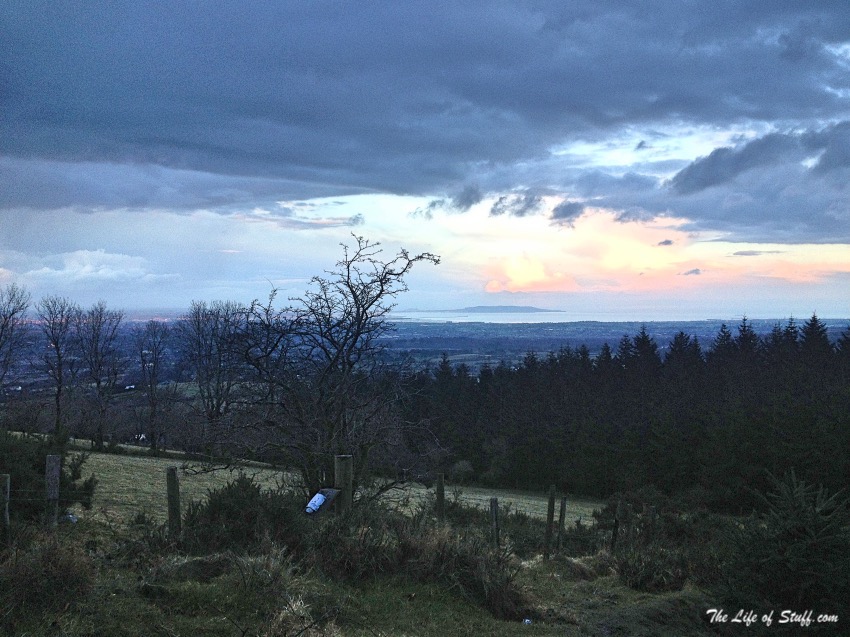 There is a tarmacadam-ed walk that one can take, which brings you just about to the top of the hill but we’ve rarely taken it. Instead for our sins we normally take the steep-ish off road makeshift path – sure who doesn’t like the legs burnt off them? When you get to the top after all your panting and puffing … I mean … after you elegantly and athletically get to the top … it’s worth the sight that you see. 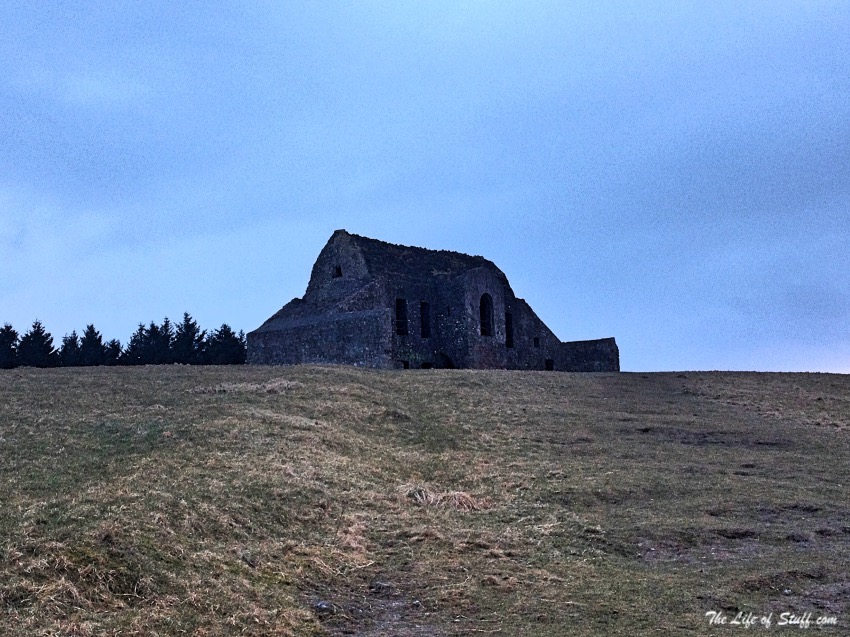 Montpelier Hill itself is quite bare apart from its healthy green grass, The Hellfire Club (obviously) and a lovely big stone with a plaque (dedicated by a loved one to a loved one) but the view is fantastic. You can see the whole of Dublin City and out to sea. There is so much sky that it gives you that ‘I’m on top of the world’ feeling. It’s especially beautiful on a sunny summer’s day. I can imagine it’s amazing on a clear snowy day. The evening we got was cold and as we stood taking in the sights it did begin to flutter snow. 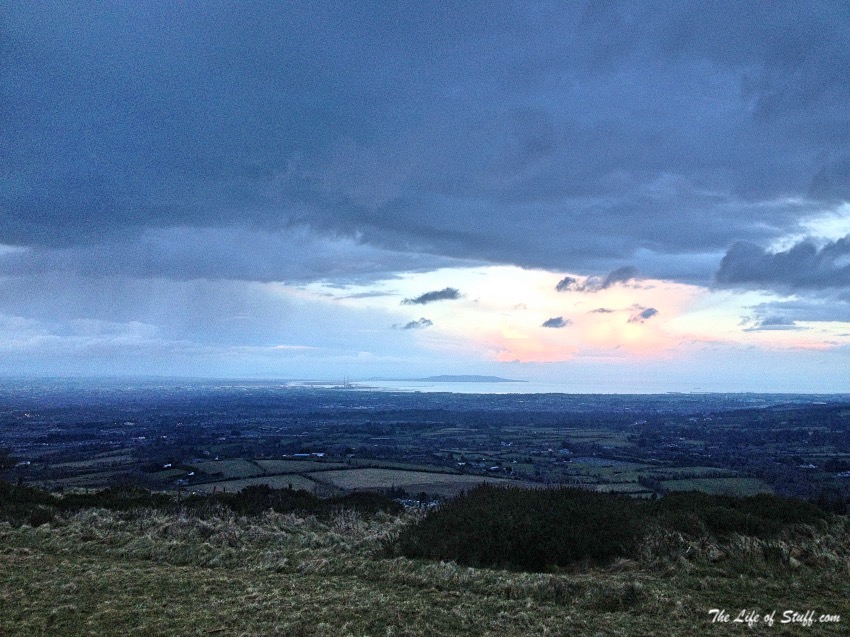 And so onto The Hellfire Club and our destination. Although the hill is quite bare now Patrick, a Dub who spent many childhood days exploring the Dublin and Wicklow Mountains with his friends (think Stand By Me but with Dublin accents, cheese sandwiches and mountain bikes) advised me that when he was a kid the whole hill was covered in trees which made it a very scary place to come. 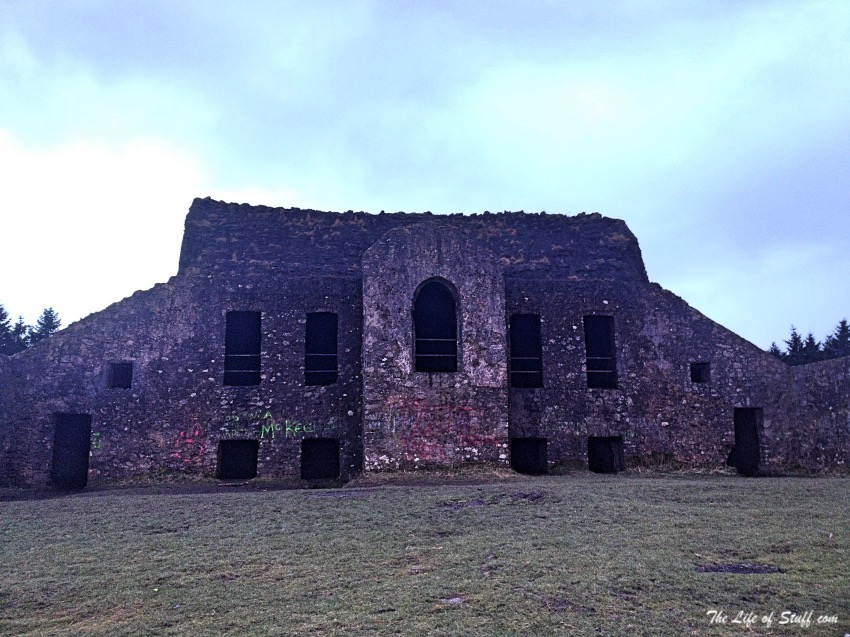 The Hellfire Club itself is in fact a two story lodge and is haunted, or so the story goes. I’ve read that it was lodge used by wealthy aristocrats in the 1900’s who set up the club at the lodge and liked nothing better than to get drunk, gamble, get up to divilment, if you know what I mean, oh and make sacrifices! Like any usual good Hellfire Club of its day I suppose. 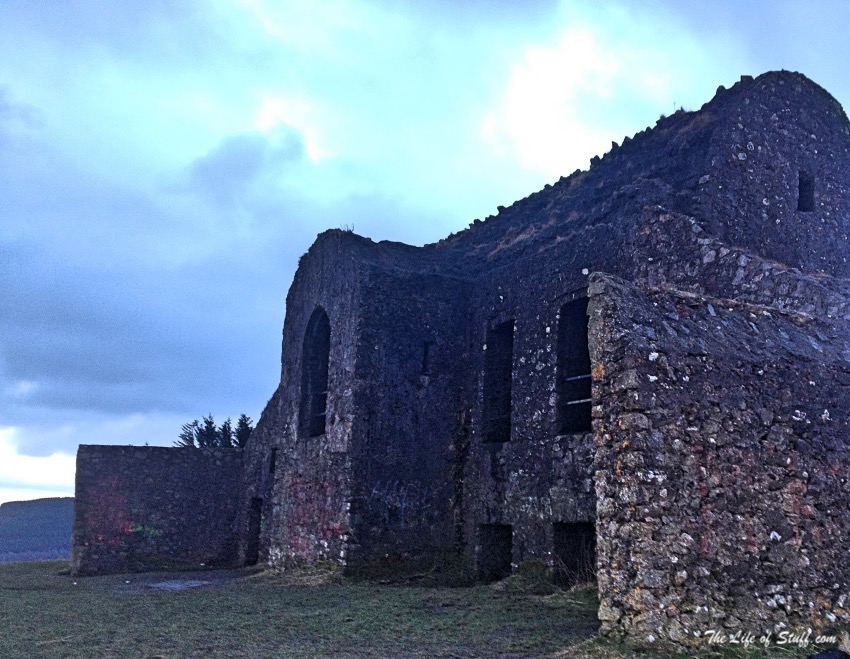 I also read that the site that the Lodge was built on is actually an ancient burial ground. And that the stones used for the roof of the lodge were those from the burial site. Hence the lodge was always doomed to be haunted.

The best story that I’ve heard though is the story of when a group of the Hellfire Club members were playing cards one night. They heard a knock at the door and when it was answered they were greeted by a young man. They invited him in, offered him a drink and a game of cards. Soon things went a bit loco when one of the members dropped a card on the floor. And as he bent over to pick it up he noticed that the young visitor at their table had hooves for feet! Agh! 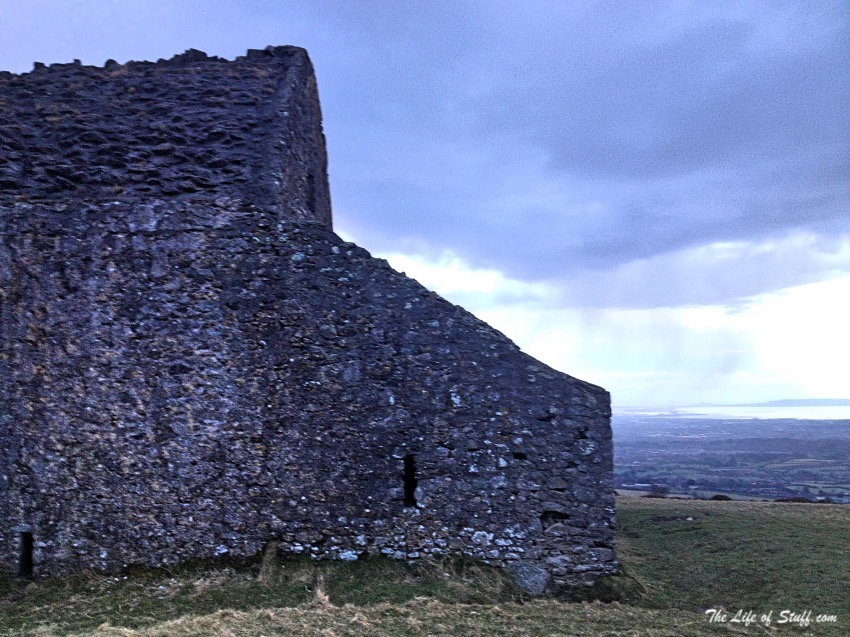 The real story of the Hellfire Club and its history became more clear in 2016 however. And all thanks to the excavation work and findings of the Hellfire Club Archaeological Project. From a Neolithic passage tomb through to the remains of an ancient stone Cairn. You can find out more by visiting AbarthaHeritage.ie – it makes for an extremely interesting read and a hint into the past lives of this special place. 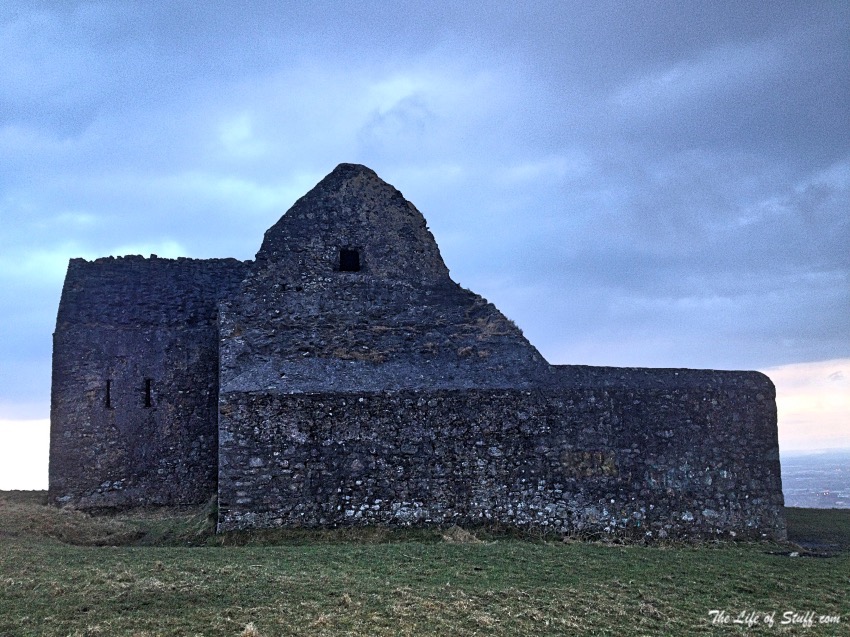 I’d been inside the building before this visit and had a walk about. It was a sunny day with lots of light. I wasn’t scared. This particular Saturday it was dusk as we got to the Hellfire Club and I didn’t step inside. I’m not admitting that I was scared but the light was dim and shadows were eerie. 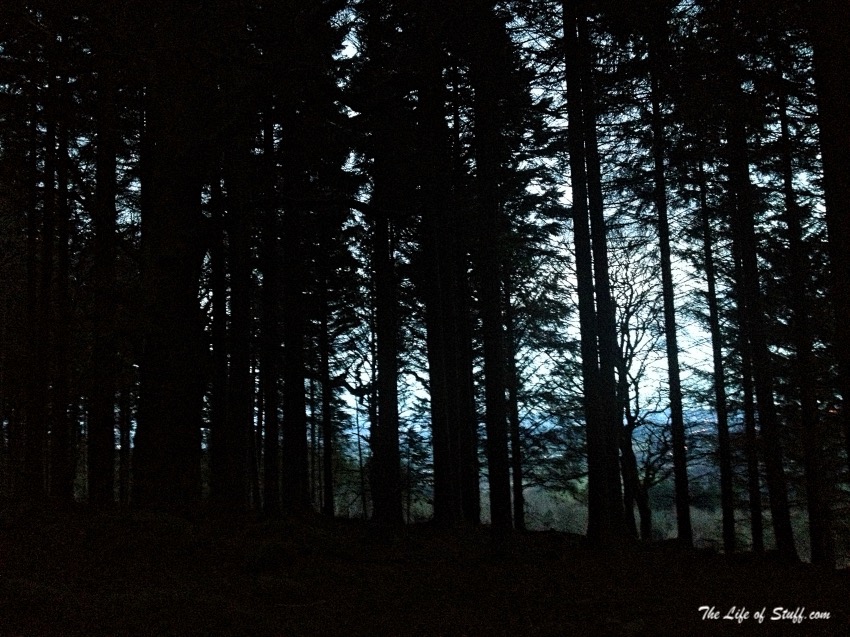 We made it from The Hellfire carpark up to the top of Montpelier Hill, said hello to the city, the Hellfire Club and the sky and then made our way back down the ‘real’ path. And all before it got dark and all within an hour with lots of dillydallying in between. Not bad going and totally worth every minute. 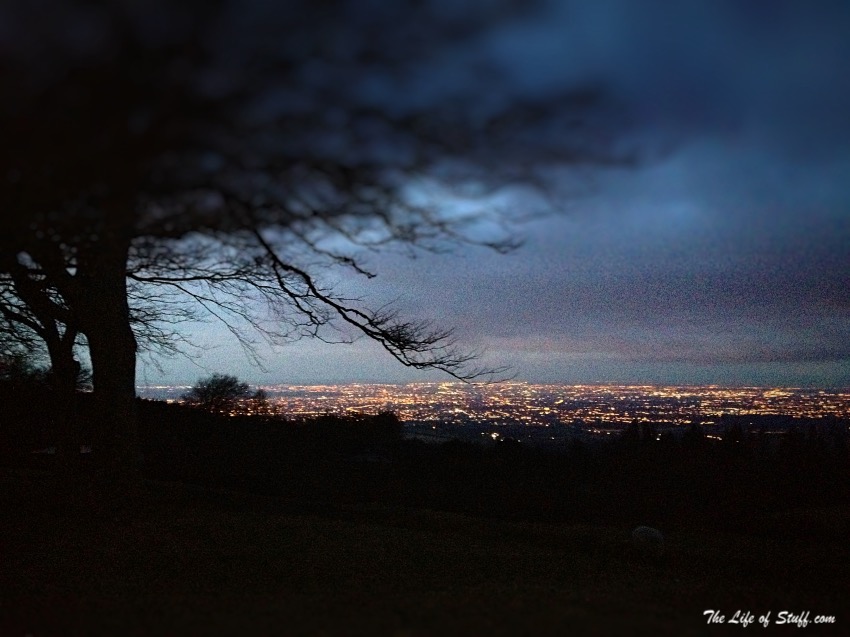 For more information on The Hellfire Club you can click through to DublinMountains.ie. 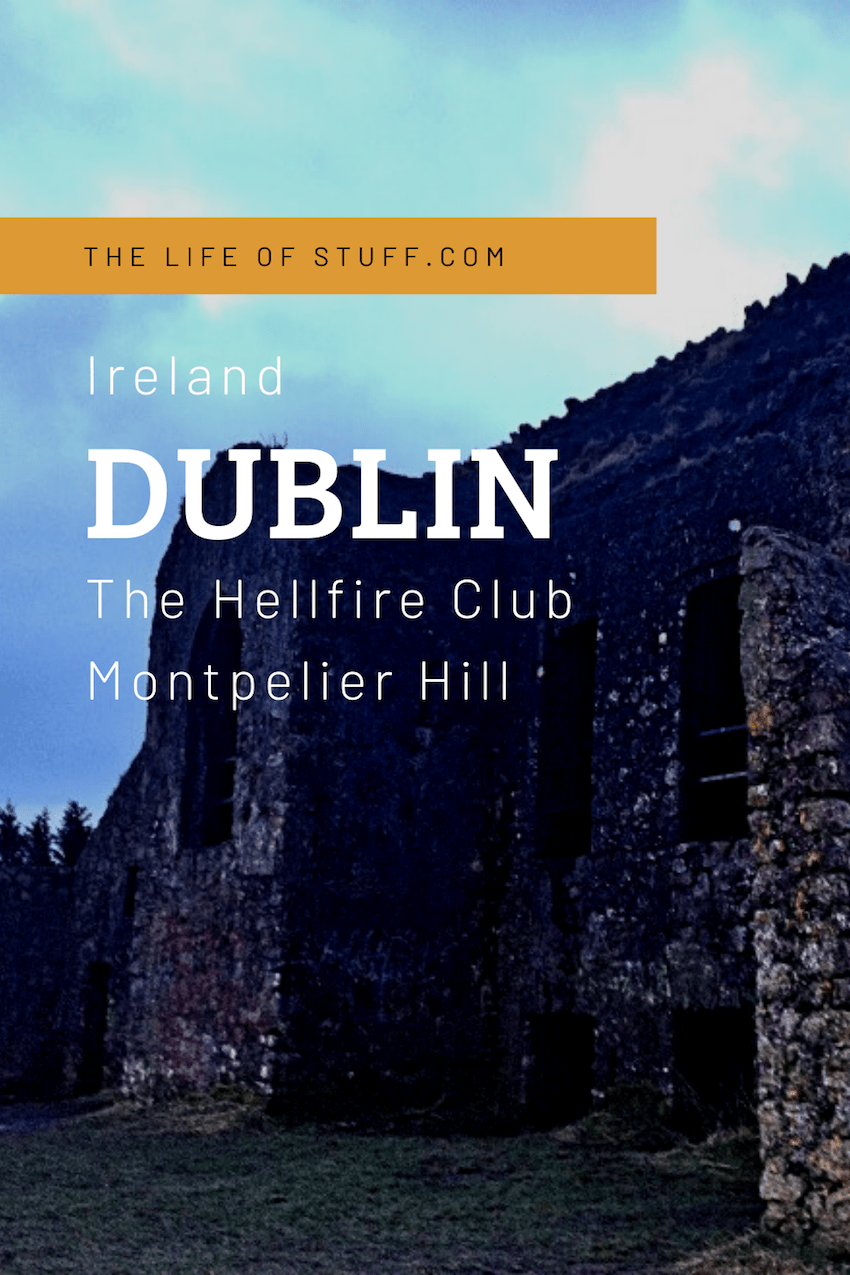 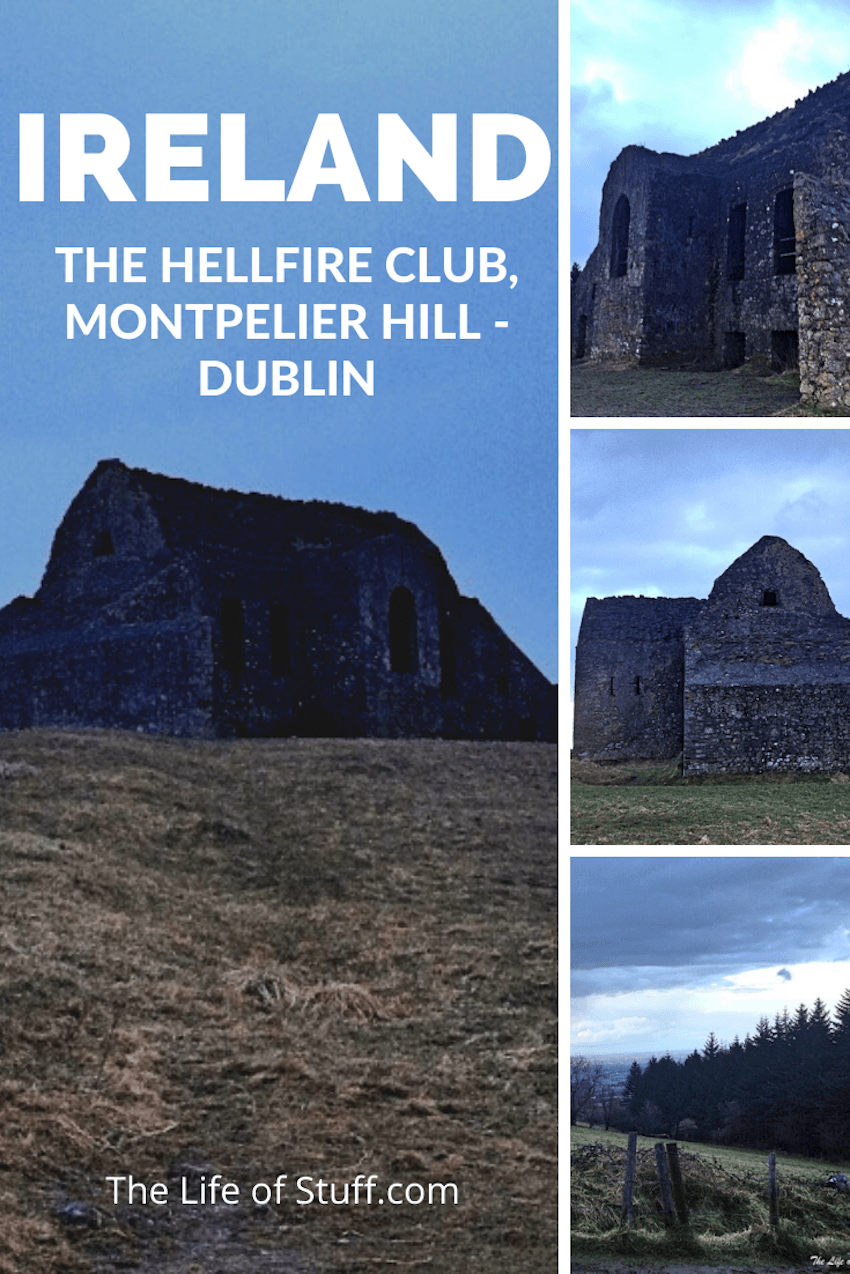 This article was first published in March 2013 but has since received updated text, format and images.

Bevvy of the Week - Barolo Wine from Piedmonte, Italy