My Sherry Trail in Dublin Experience

Last month Patrick and I joined ‘Wines From Spain’ and an intimate group of fellow bloggers/writers on a Sherry Trail through Dublin. It was easy to except the invitation that promised visits to some of Dublin’s best restaurants where we would enjoy delicious food and sherry pairings, and be educated on the drink by sherry expert Paddy Murphy from ‘The Vine Inspiration’. 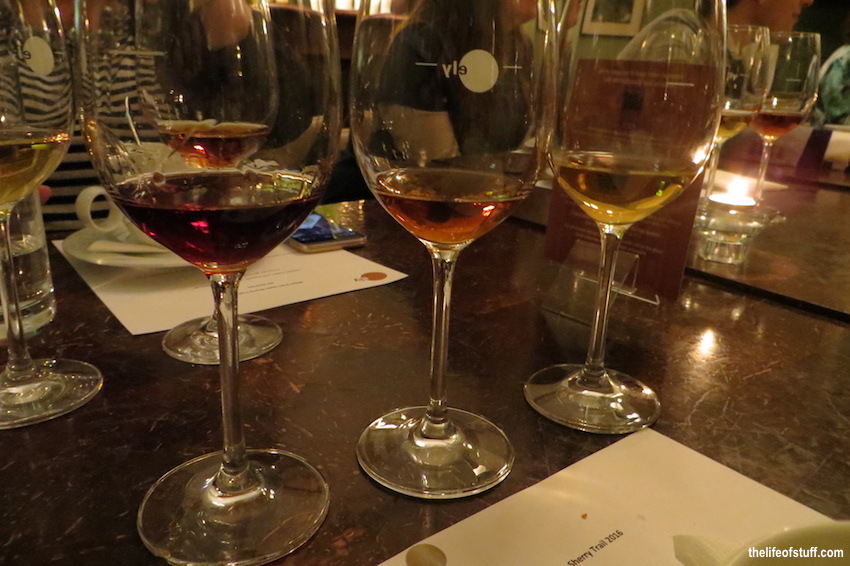 If you had asked me what I thought of sherry before the Sherry Trail, I would have mentioned little old dears enjoying a sip of the stuff after Sunday dinner or on special occasions from thimble style glasses. After the Sherry Trail I have a very different perspective and this whole new look on sherry is very far removed from blue rinses and Sunday roasts.

Before we met with our Sherry Trail comrades I asked Patrick to educate me a little on the drink, just so I’d have an idea about what I had to look forward to. Patrick gave me these three main pieces of information:

On the night we learned so much more from Paddy Murphy, who definitely demonstrated his expertise by sharing his knowledge. Needless to say I was impressed. I never ever considered sherry to be my tipple of choice when out and about but it will be on the menu for me in the future.

Although the Sherry Trail Through Dublin was a special event organised by Wines of Spain, and is not (yet – because you never know) an activity that can be booked, I would highly recommend that you open your palate to sherry and pay a visit to the top-notch restaurants/wine bars we visited that night.

Why not take note of the sherry we tried, the style of food we enjoyed and book yourself a table at one (or all) of the restaurants we were treated to because I can easily recommend all three for their dining and drinking experience; Luna, Stanley’s Restaurant & Wine Bar and Ely Wine Bar … basically what I’m saying is use this review as a template for your own Sherry Trail in Dublin – you should be warmly greeted.

Courtesy of Wines from Spain with notes from Paddy Murphy: 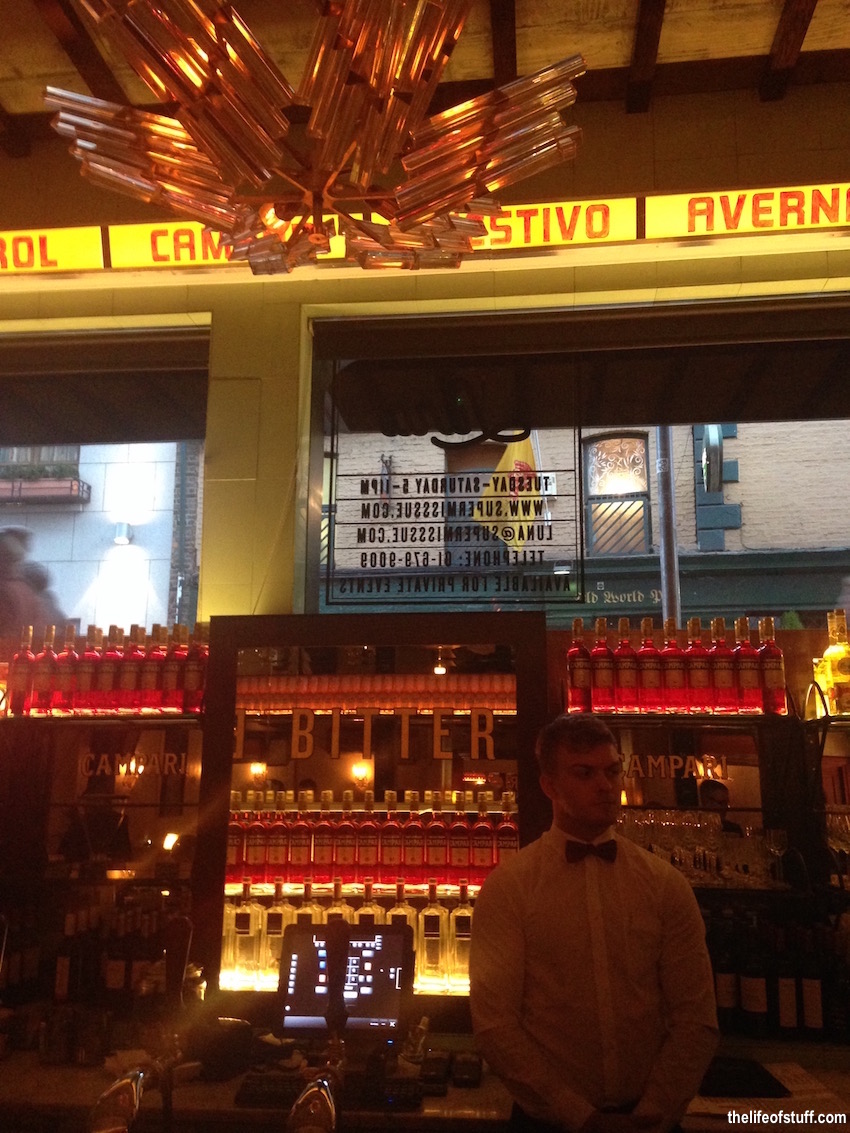 Notes: Delgado Zuleta is one of the oldest bodegas in Sanlucar de Barrameda. La Goya, its flagship wine, is a manzanilla pasada in style and takes its name from the stage name of flamenco dancer Aurora Jauffre. 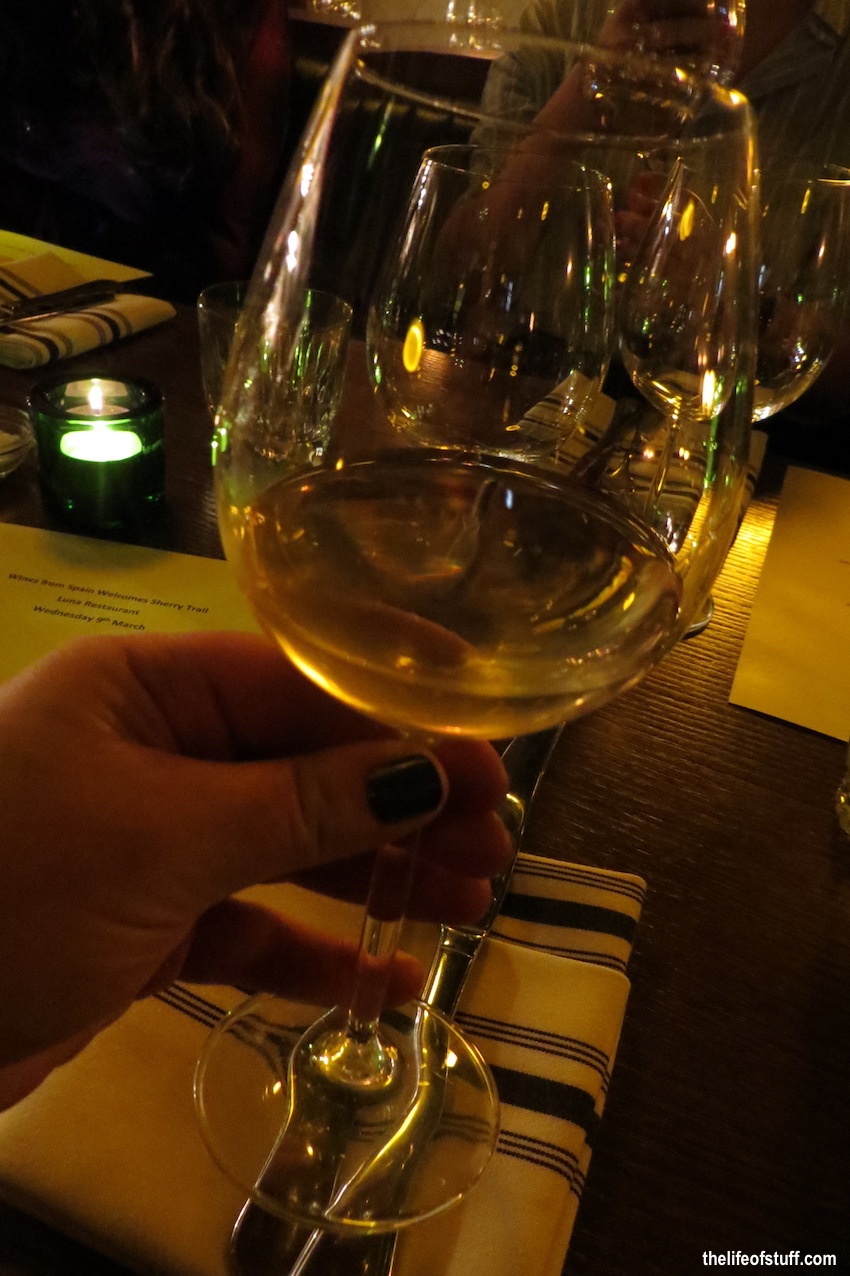 Notes: The Monteagudo Amontillado is part of Delgado Zuleta’s premium range of sherries. This is a very approachable wine, feeling richer and less austere than many other amontillados. 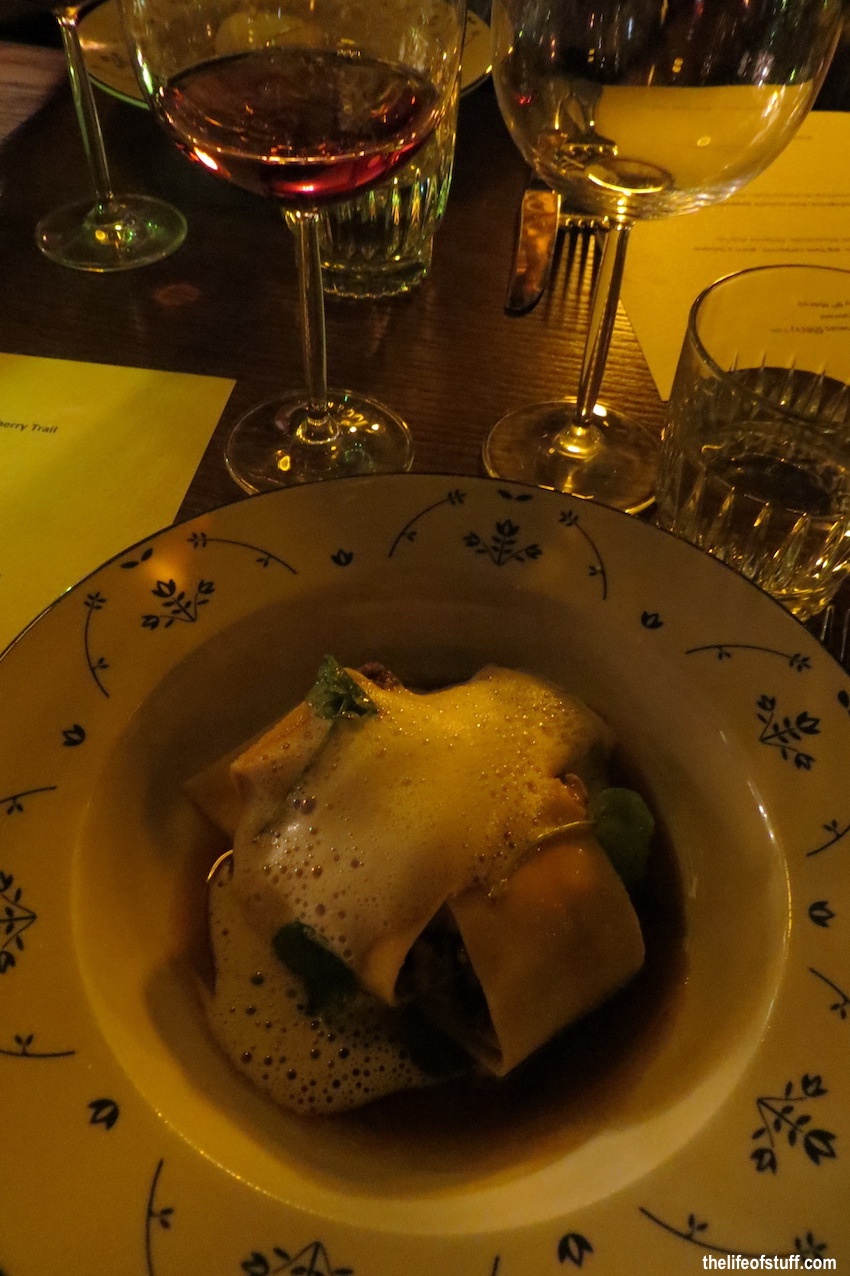 Notes: Palo Cortado is perhaps the most mythical and mysterious of sherries. This is an example of a young Palo Cortado sourced from a single vintage (2010, not the norm for sherry), from a single vineyard and aged in a variety of oak barrels to produce this extremely unique take on the style. A singular wine that shows a great versatility in terms of pairing with food. 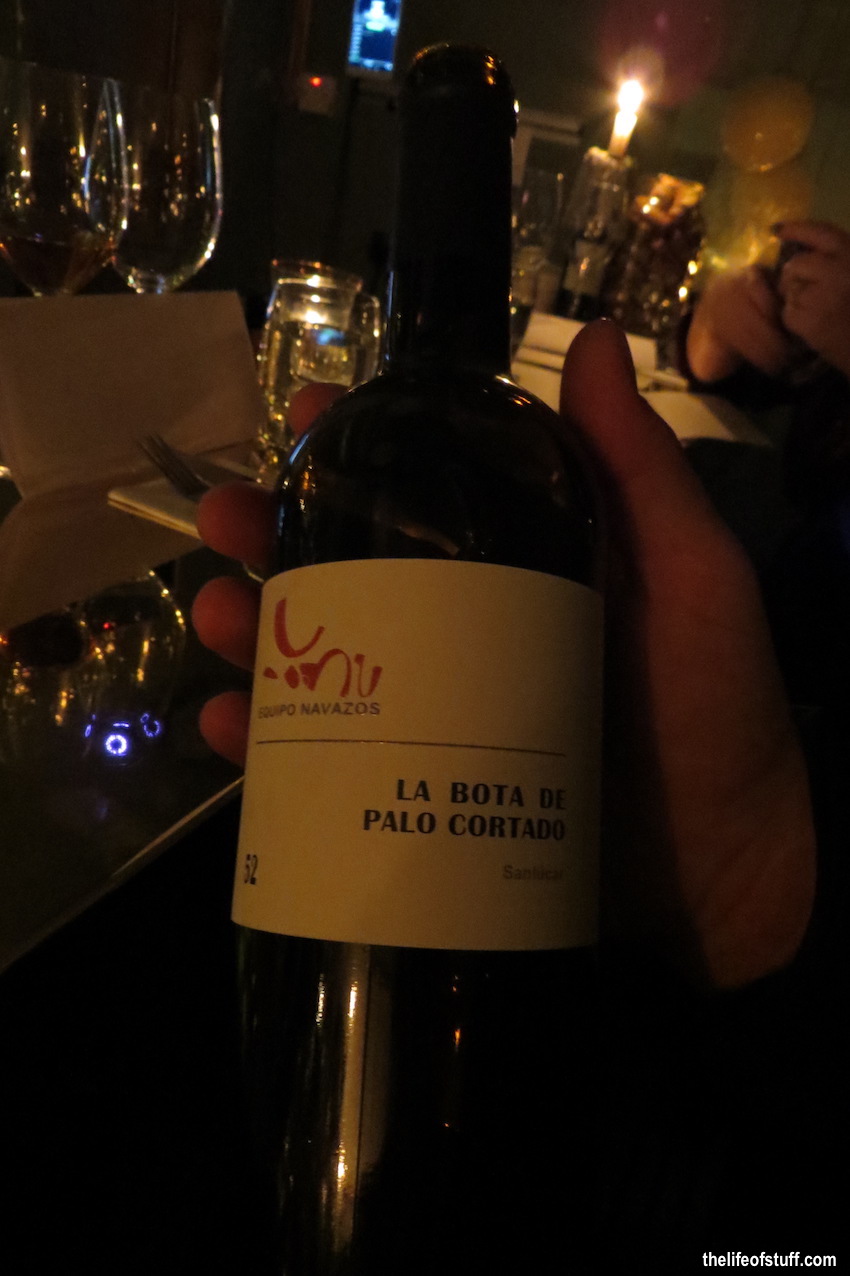 Notes: Emilio Hidalgo is a family run bodega that prides itself on being an integral part of the local community around Calle Clavel in Jerez de la Frontera. This old Oloroso has an average age of 20 years but still feels balanced and elegant. 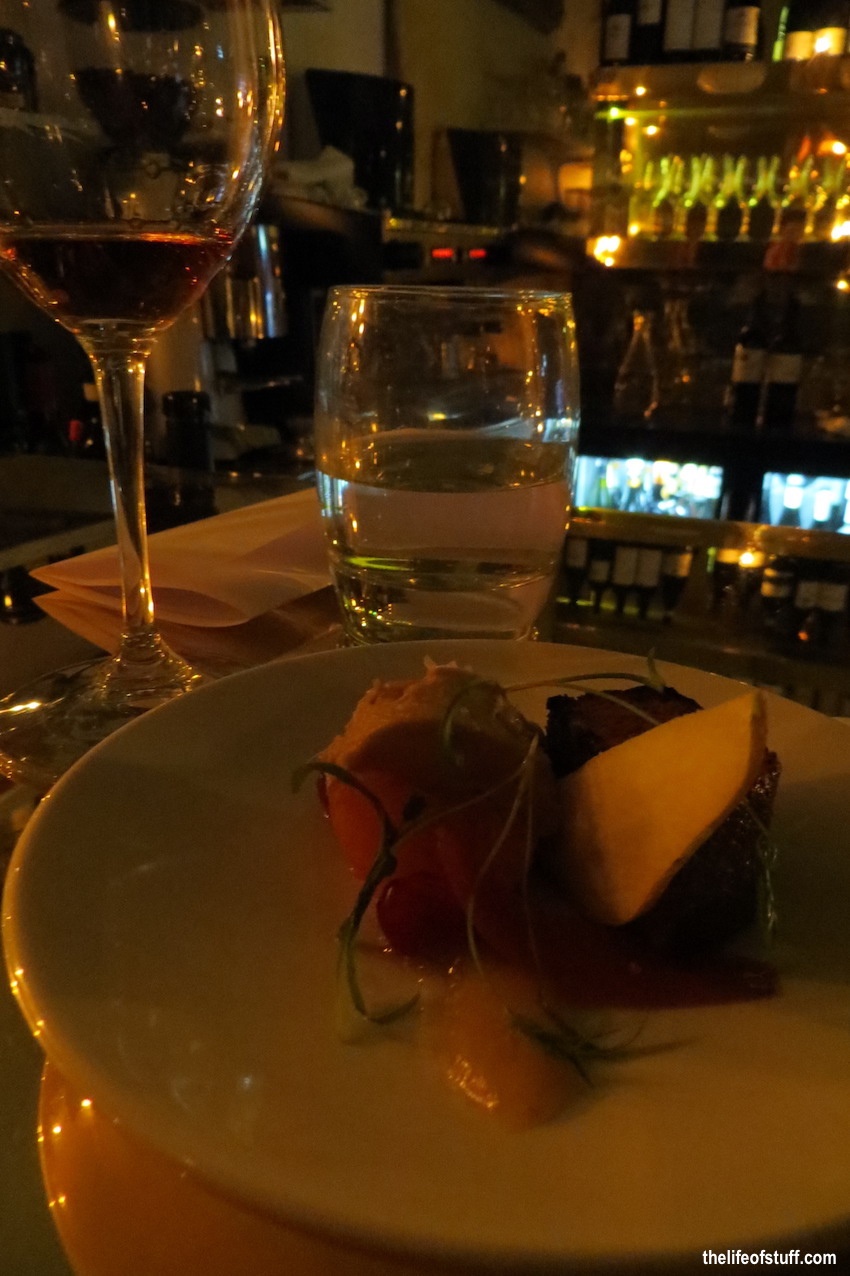 Notes: Fino ‘en rama’ has begun to take the sherry market by storm in recent years. En Rama signifies ‘raw’ and in sherry terms means a wine that has undergone a bare minimum of filtration and treatments prior to bottling in an effort to retain its natural character – the result is an intense and more deeply coloured fino. 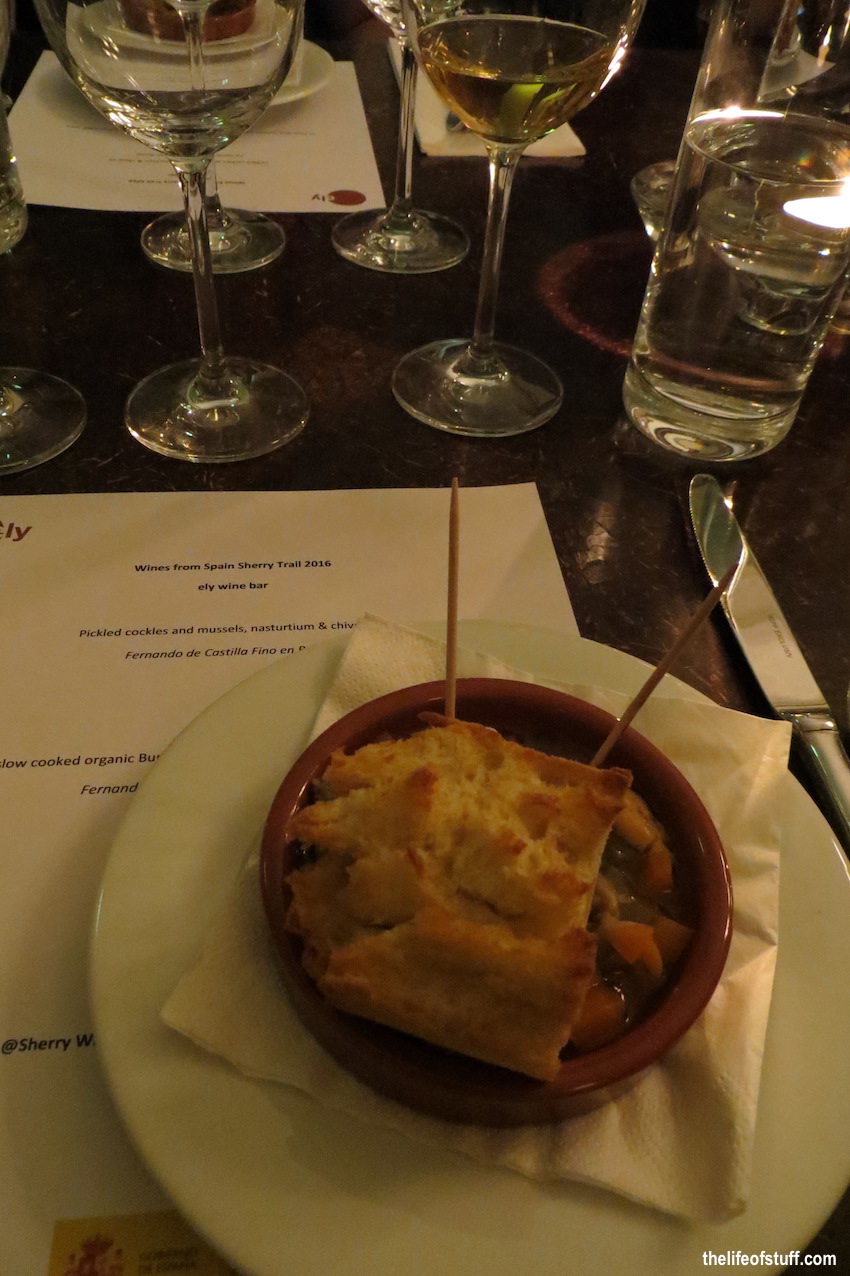 Notes: Fernando de Castilla is a boutique sherry bodega in Jerez de la Frontera. The jewels in its crown are the Antique sherries which manage to appeal to both sherry newbies and hardened aficionados alike. This Antique Amontillado has an average age of about 20 years and sits alongside its sister Antique Palo Cortado as two of the best examples of their styles in the region. 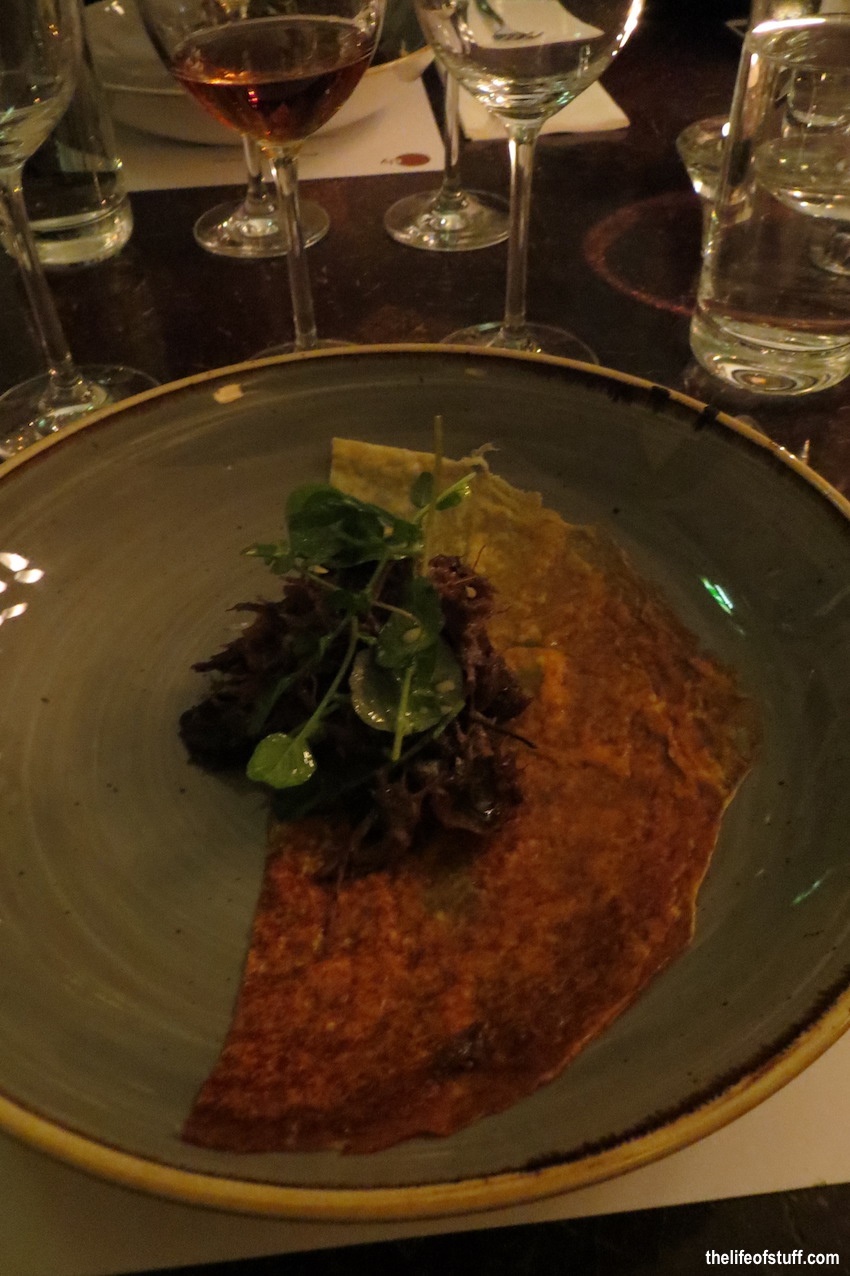 Notes: Having supplied larger bodegas with wines for many years, Bodegas Gutiérrez Colosía, who are based in El Puerto de Santa María, began to bottle their own sherries in the late 1990s. It’s sweet and viscous but still sufficiently fresh to prevent it from cloying. Pedro Ximénex (PX) might just be enough for dessert on its own but always goes really well will ice cream.

For more information on Wines From Spain and news on upcoming events such as Spanish Wine Week visit their website here winesfromspaininireland.wordpress.com 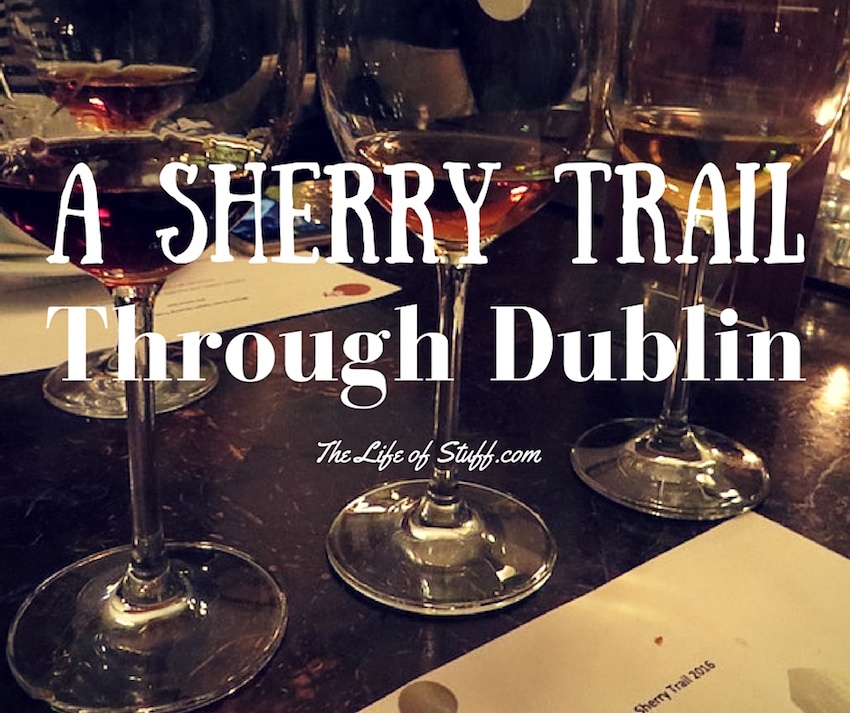 The Ultimate Shopping List for YOU, a First Time Mom