County Cork is a beautiful county and Ireland’s largest. It offers visitors fantastic coastal scenery and quaint villages. But more on those another time because this article features five fabulous reasons to visit Cork City, in no particular order – 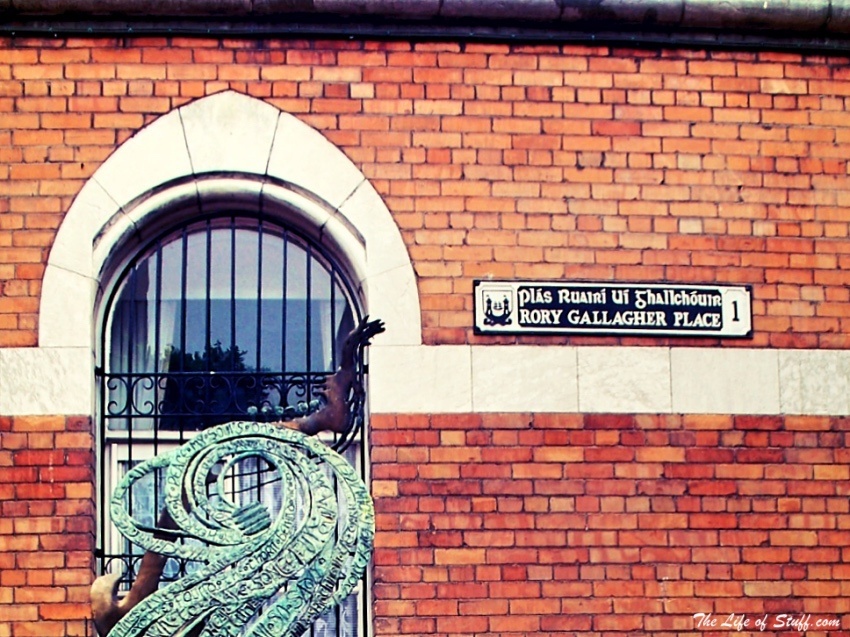 Cork City offers its residents and visitors a menu rich in musical and cultural flavour. There are gigs and concerts to be enjoyed all year round. From the intimate settings of local pubs, to the massive 45,000 capacity of Pairc Ui Chaoimh. And of course there’s the The Cork Opera House and Cork Arts Theatre for your fill of dance and theatre.

See below for our featured Festival Guide for more Cork City music and culture inspiration.

From the Cork City Goal, which is the excellently restored city prison to the City Hall which stands along the banks of the River Lee, to the old shops protected by heritage status and the houses restored to their former glory. There is plenty of history to uncover in the city.

Saint Fin Barre’s Cathedral is definitely worth a visit as it stands overlooking the city in all its gothic glory, I love this style of French Architecture, which was designed by William Burgess, with its tall steeples and beautiful stained glass. If you visit you will spot the ‘Resurrection Angel’ which is made from copper and covered in gold. 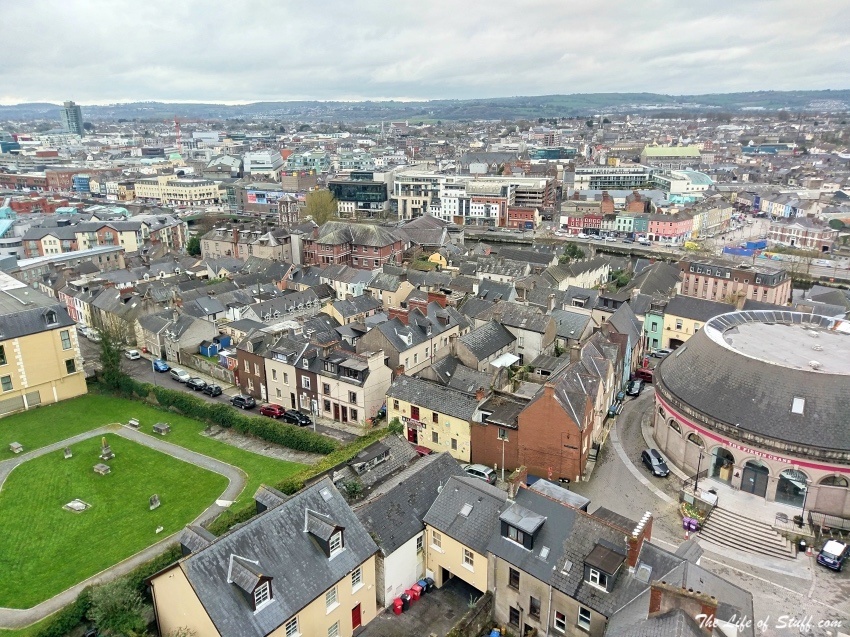 If you want to do something really fun, aren’t afraid of heights and want a 360 degree of Cork City then a visit to St. Anne’s Church, one of the oldest churches in the city, built in 1722, is a must. We did it with two toddlers in tow and it was worth every step. Climb the stairs to the first floor and ring the world famous Shandon Bells then climb 132 steps within the tower to see the city from 120ft.

Ringing the Shandon Bells and Climbing the tower at St. Anne’s Church

Art is evident throughout the City of Cork from the monuments and statues on streets and in meeting places, to the street art gems that can be spotted about the city. The Cork Vision Centre at St. Peter’s Church, which exists beneath a restored vaulted ceiling, offers its visitors exhibitions and events throughout the year – you can actually get married there too.

The Crawford Art Gallery and Café

There’s the Crawford Art Gallery which houses greco-roman to modern sculptures and exhibits both historic and contemporary art, and with an award-winning café on site you can create a relaxing day trip. Over in the UCC campus you’ll find the multi-award winning Lewis Glucksman Gallery which houses permanent collections of renowned Irish Artists and has graced its walls with greats such as Damien Hirst and Tacita Dean. The Triskel Arts Centre in the city centre “presents the best in live music, exhibitions, cinema, book readings, historic tours and events”. The main auditorium is actually the Triskel Christchurch, a fully refurbished neoclassical Georgian Church.

Owned by the Cork Arts Society, the Lavit Gallery is Cork’s longest established independent and commercial galleries and promotes the work of local and international artists alike – currently they show the works of over 400 artists!

Other worthy galleries are the 2020 Fine Art Gallery, CIT Wandesford Quay Gallery, the Sample-Studios, and the Cork Photo Gallery. 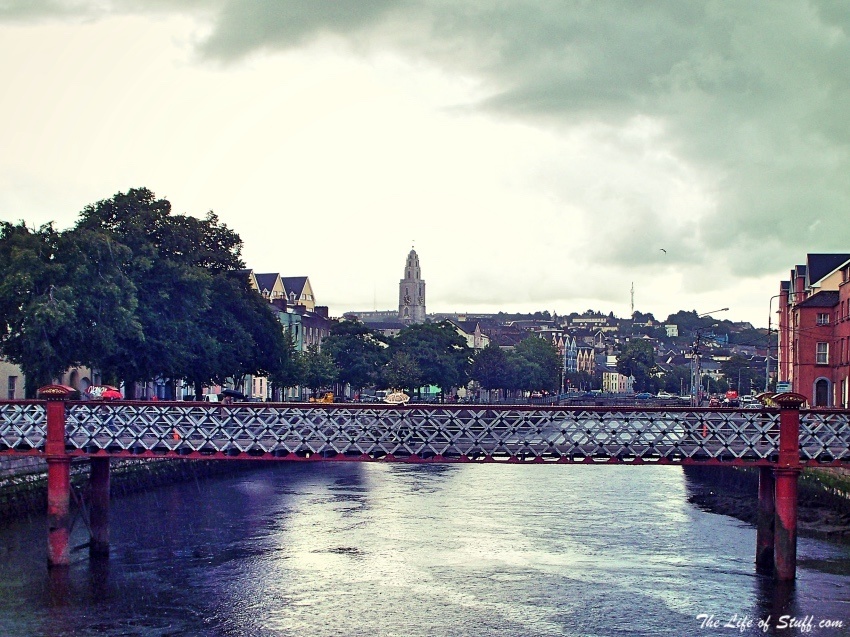 Like all major cities Cork offers all your big brands, high street and designer labels and these can be found in and around Patrick Street. You’ll find everything from art supplies to antiques. We fell in love with the Pinocchio’s on Paul Street – one of the cutest toy shops I’ve been in.

There are also shopping centres like the Merchant’s Quay Shopping Centre but one of my favourite shopping experience’s even when ‘window shopping’ is The English Market.

The English Market & the Farmgate Restaurant

I love walking around and taking in the atmosphere, checking out what wares the traders have on sale. From fresh fish, meats, fruits and vegetables to cheeses, breads and cakes. It’s a fabulous market to have within the city and a great experience for visitors. (Feeling hungry then stop off for a coffee and light bite at one of the coffee stops or head upstairs to the Farmgate Restaurant)

The Food and Drink Scene

Cork City has a great food scene that is growing and developing year on year. You can eat as healthily or unhealthily as you wish, spend € or €€€, from independent coffee shops and food stores (try the delicious treats in Sultan Delight on MacCurtain Street) to gastro pubs, from casual to fine dining. Enjoy award-winning Irish cuisine and multicultural dining offering international flavours.

Expect fresh and locally sourced produce including fresh fish as its a coastal county – and if meat is off the menu then you’ll be happy to know that there are a number of great restaurants to satisfy your taste buds.

Drink-wise and you’ll find coffee-shops with outdoor seating to watch the world go by, and pubs to cater for every taste – keep an eye out for local whiskey and gin offerings and craft beers – The Franciscan Well Brewery and Brewpub and Rising Sons Brewery in the city offer food, drink and the later offers tours (I’m yet to sample but will update when I do). And you’ll most likely want to try a pint of Beamish Stout, as it’s produced in the city. If it’s the grape and not the grain you’re after then your goo for international wines, great coffee and big branded beers are all available.

When it comes to the clubbing nightlife scene, there are plenty of venues and pubs in the city. From rock pubs to “old man” pubs, poser pubs, bright pubs, dark pubs. You get my drift, and there are lots of clubs to keep you going till the early morning. Keep an eye on what festivals are happening when visiting and work those celebrations into your city getaway. 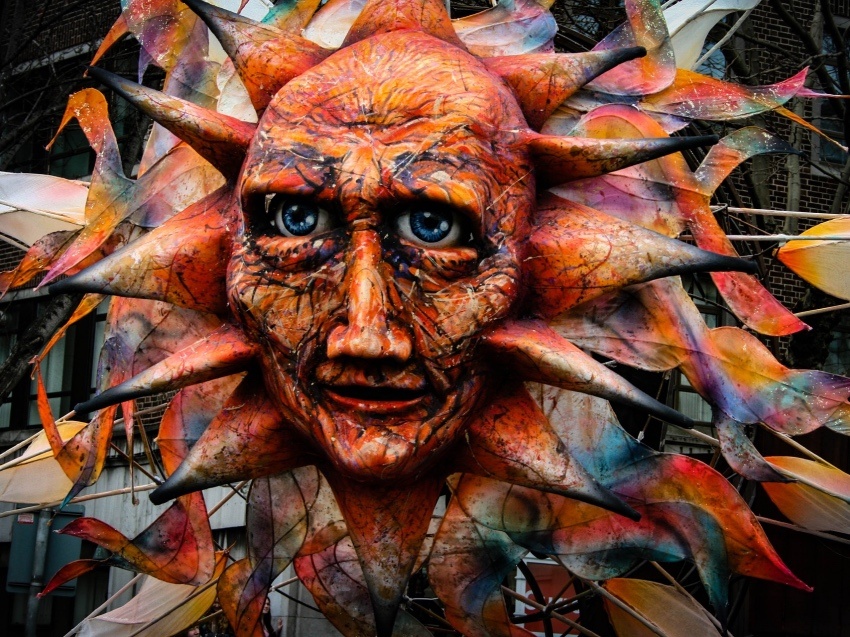 Love poetry? then you’ll be delighted to hear about the Cork Spring Poetry Festival which takes place in February. A fan of French Cinema myself the Cork French Film Festival in March certainly tickles my fancy. Of course Ireland in March wouldn’t be the same without a good ol’ St. Patrick’s Day Festival on the 17th. And as a coffee lover, the Cork Coffee Weekend is definitely worth a mention.  There may be an abundance of showers in April. But with festivals such as the Lifelong Learning Festival, Cork World Book Festival, and Cork International Choral Festival, your mood should not be dampened. 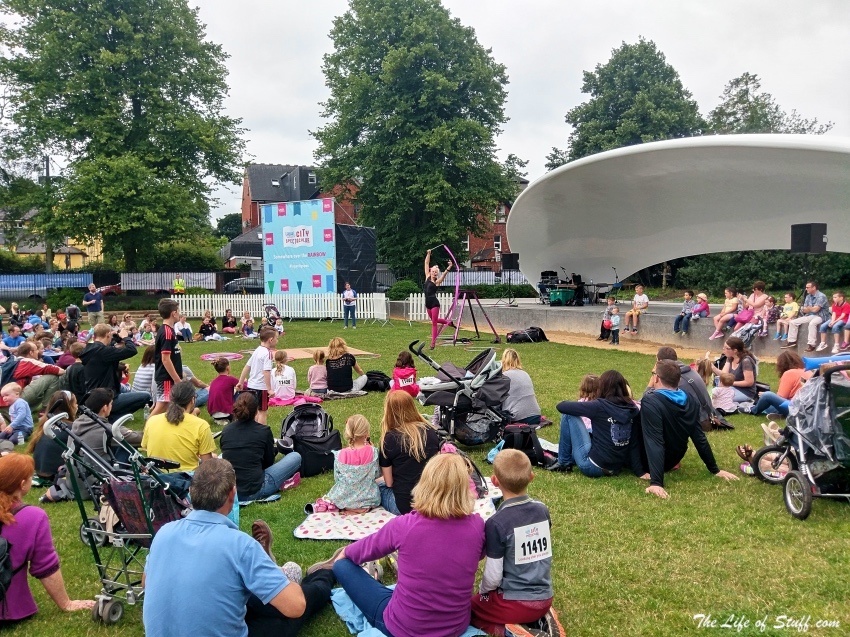 May is a quiet month compared to June and July, that is for sure. During the summer months of June you have your pick from the Cork Harbour Festival in the first week,  then later the Shandon Street Festival and Food Fair, Soul in the City, Vibes and Scribes: Lee Swim, and the Cork Midsummer Festival which includes music, dance, theatre, opera and more.

Also during the summer months, usually from June through to July there’s Cork Live at the Marquee. This music event is organised by Aiken Promotions and has played host to top Irish acts and international superstars such The Prodigy, Faithless and Neil Young, to name a few. If bikes are your thang then you’ll enjoy the Cork Cycling Festival. And if you’d like to enjoy a family day out the Laya Healthcare’s City Spectacular at Fitzgerald Park is the answer. 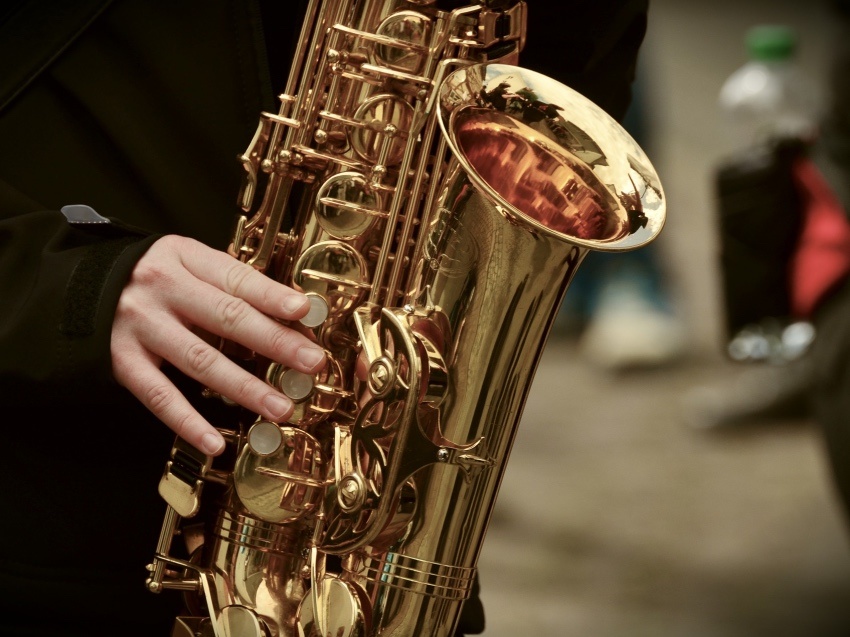 Autumn in Ireland is a gorgeous month and we are normally gifted with lazy sunny evenings in August and September before the fresh crispness of October sets in. In August you have a choice of festivals from the Cork Pride Festival, Cork Puppetry Festival, and the Mother Jones Festival.

Early to mid October and you can celebrate Oktoberfest Beag and IndieCork Film and Music Festival – a great combo. At the other end of October the Guinness Cork Jazz Festival takes over the city. It offers visitors and guests to the city an eclectic mix of music genres. And we can not forget the foodie delights of Taste Cork Week and the artistic celebration of the The Dragon of Shandon 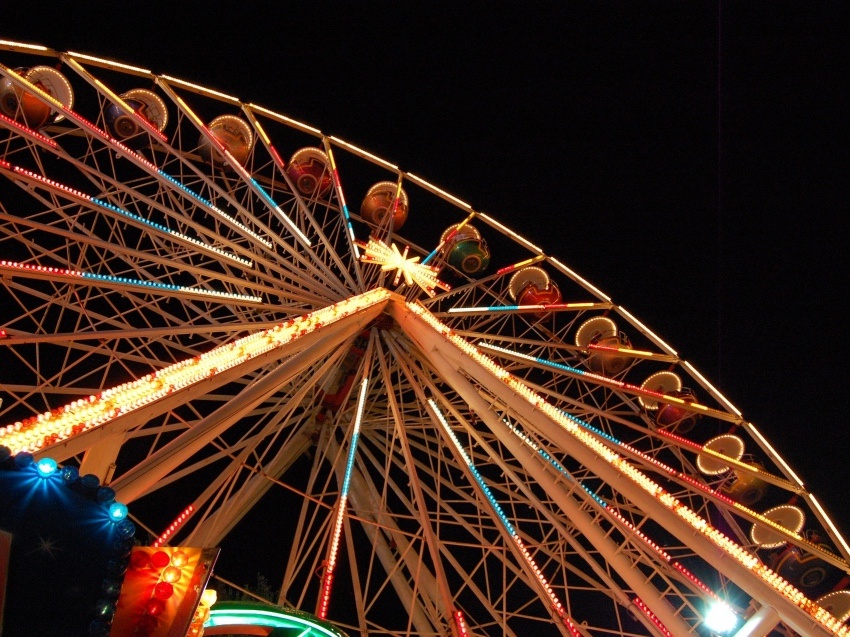 Cork City kicks into the winter months with the Cork Science Festival. There’s the Cork Film Festival which is described as “a local, national and international celebration of cinema”. And then there’s the Cork Chocolate Festival and Baking World. Science, films and chocolate – what more could one want for on a cold wintery day?

December is all about Glow: A Cork Christmas Celebration. Here you’ll find a giant Ferris wheel, food markets and lots of festive entertainment. And if you fancy breaking your new year’s resolution then you might as well do it in style at the Cork Burger Festival in January.

*this post on Cork City was first published on October 20th 2012. But has since been updated with more valuable information and images. 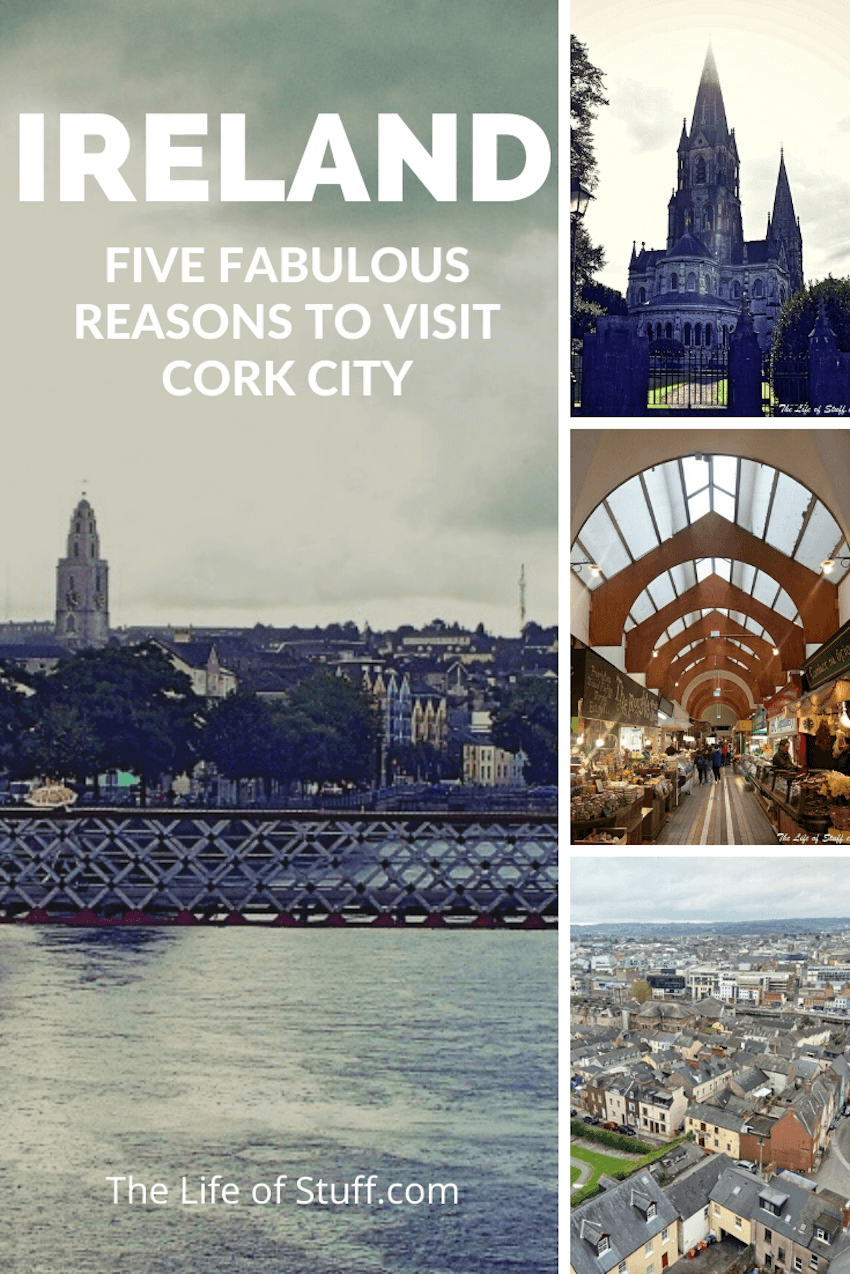 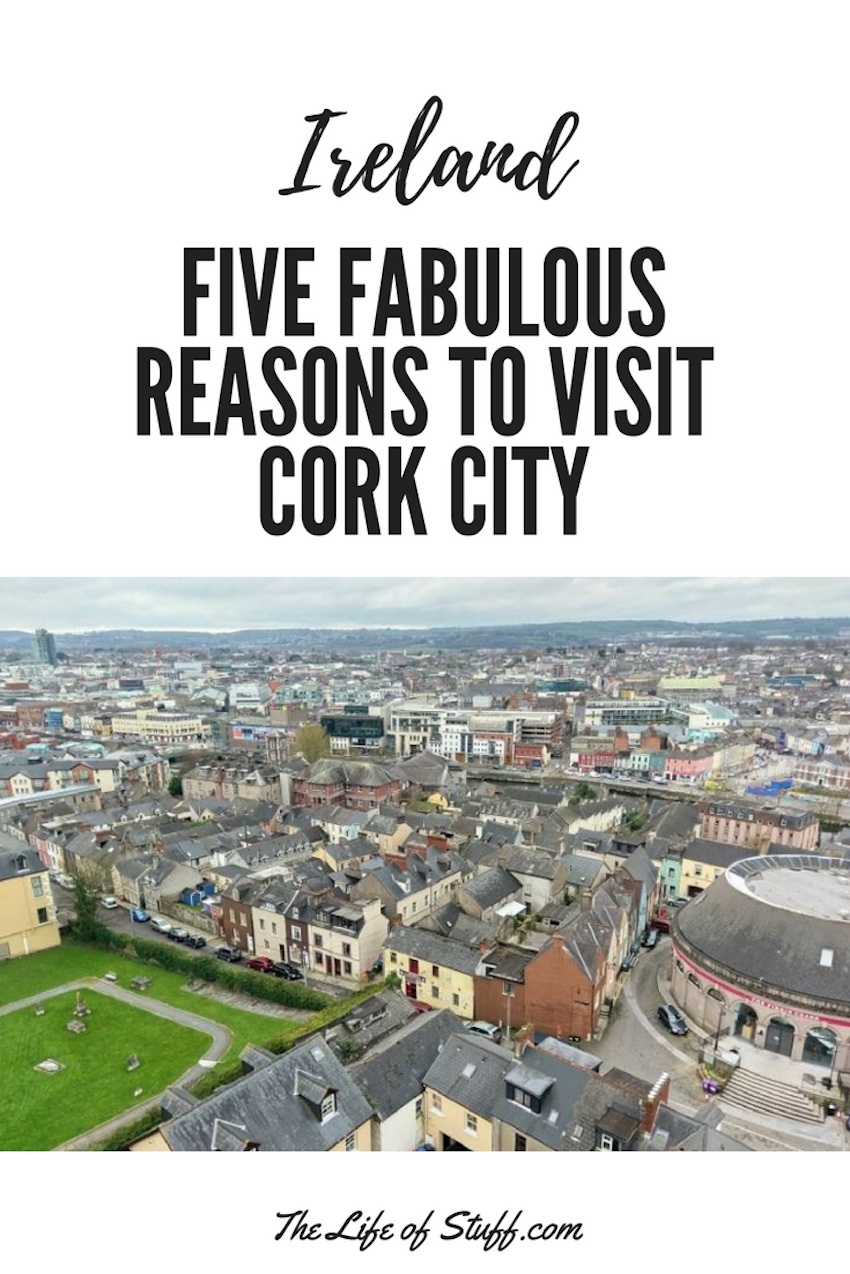