A couple of week’s ago, Patrick (my hubby) and Smith (our 16 month old bundle of pure and utter joy) took ourselves to Cork City for a three night staycation.

We’re no strangers to Cork but like to try different restaurants when we visit. High on my agenda (I do the foodie research thing in our family … who’d have guessed!) for dining out on this visit was Fenn’s Quay on Sheares Street. It’s pretty much in the heart of Cork City, so we left the car parked up and walked there. 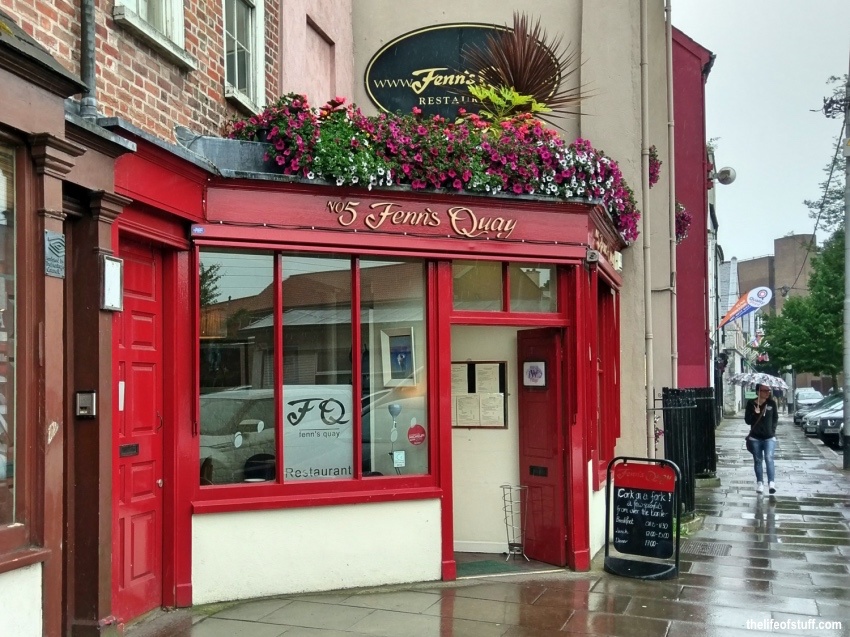 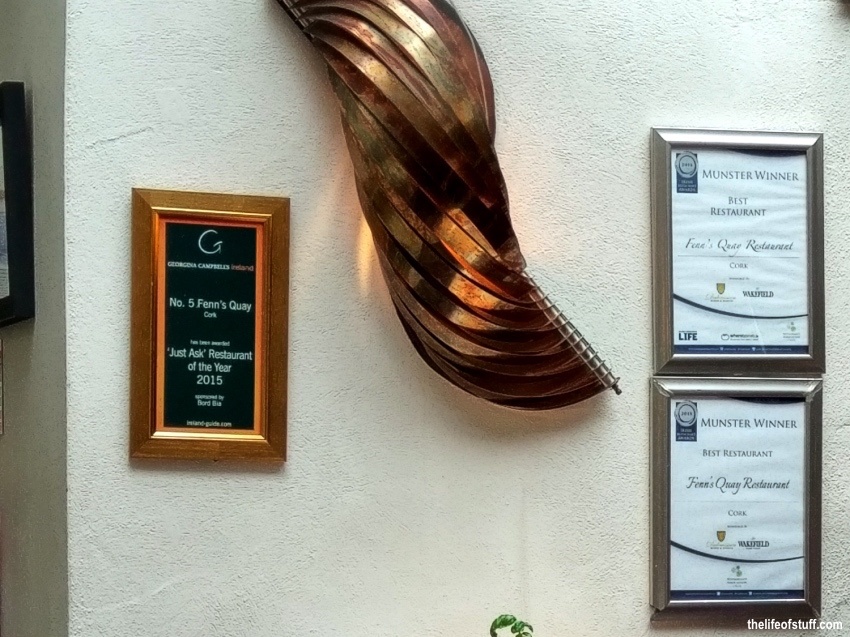 Hot Press even featured them as one of Ireland’s Top 10 Brunches (it’s on my list for our next visit). That’s TOP 10 in IRELAND! 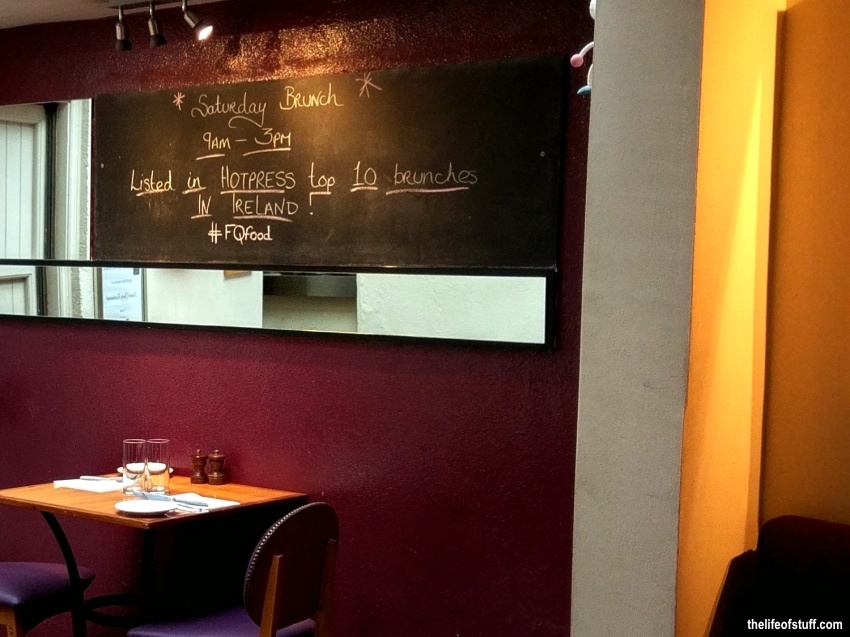 So with recommendations like those above, and the fact that Kate only cooks with fresh, mostly seasonal, local and Irish produce, I knew we were in for a good dining time.

Add to that the fact that Fenn’s Quay opens at 5pm for early dinner and my heart was already warmed. 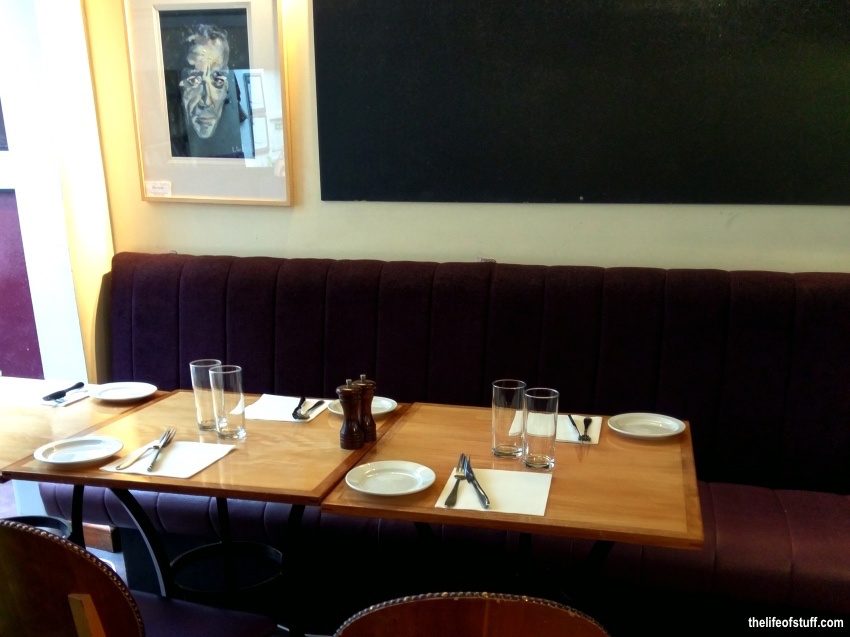 We were greeted in the restaurant by Alan, who kindly offered to seat us to the rear of the restaurant to give us a little more room if we wanted. We agreed and were delighted as we had the area to ourselves as the restaurant began to get busier in front. 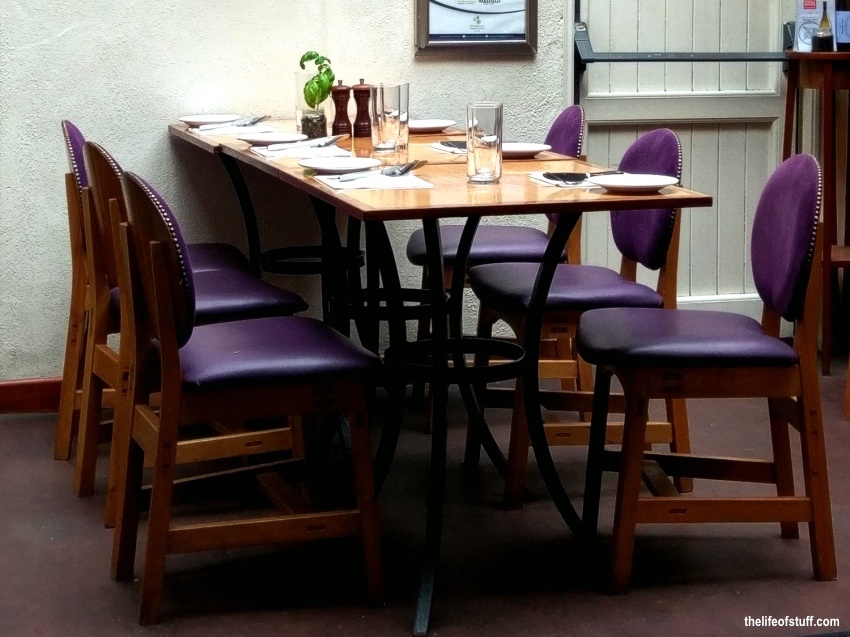 A highchair was provided, fresh crusty bread served and drinks ordered. Patrick opted for a cider to go with his choice of starter and main course choice. I chose a glass of Malbec. 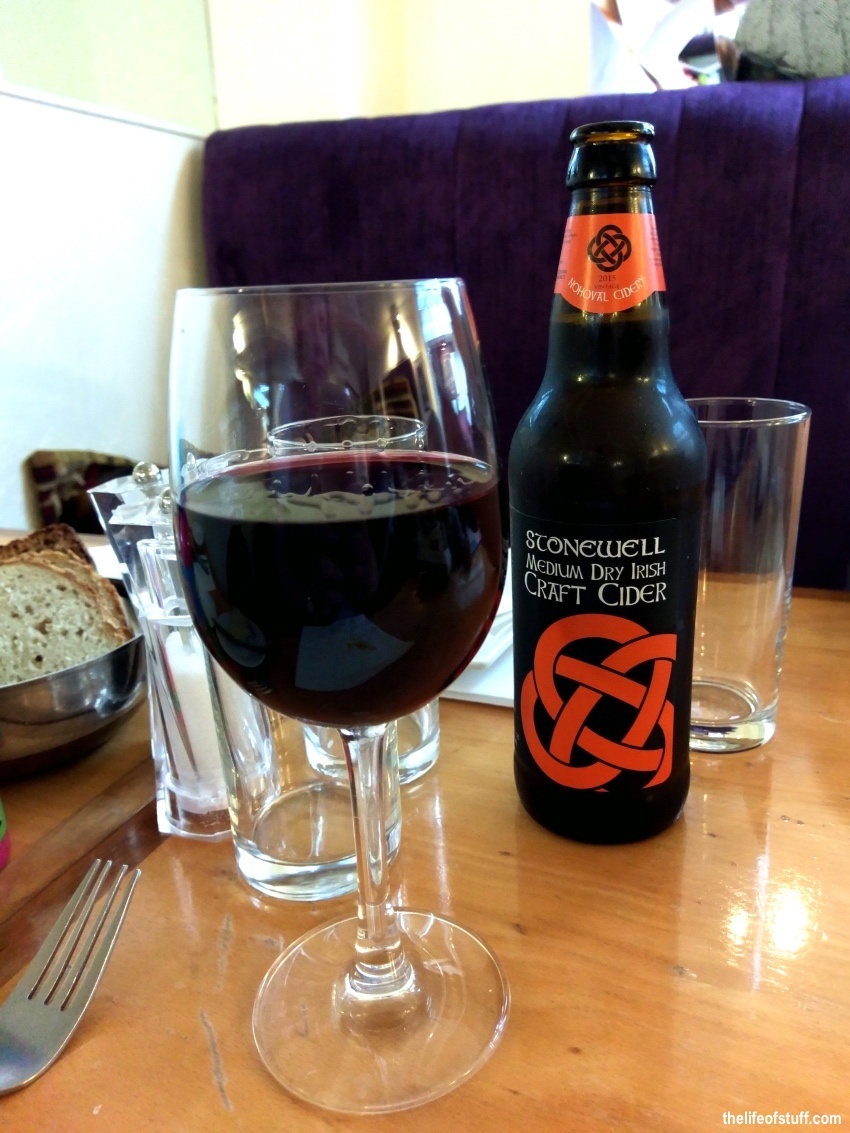 For our dining experience Patrick and I decided to go for the “Three Course Early Dinner for €25.00” We ordered the Soup of the Day, Sweet Potato for Smith with some mashed potato. 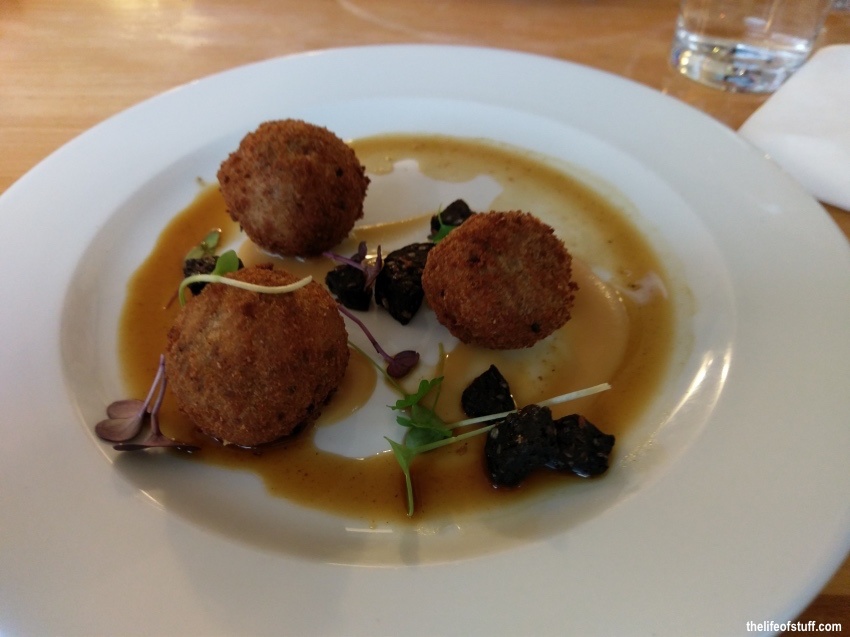 For my starter dish I chose the Ardsallagh Goats Cheese Twice Baked Soufflé with Kohl Rabi Salad. As a cheese lover, I was not disappointed. The soufflé was light and fluffy on the inside, the flavour of goats cheese speaking for itself with the addition of the kohl rabi and beetroot salad. 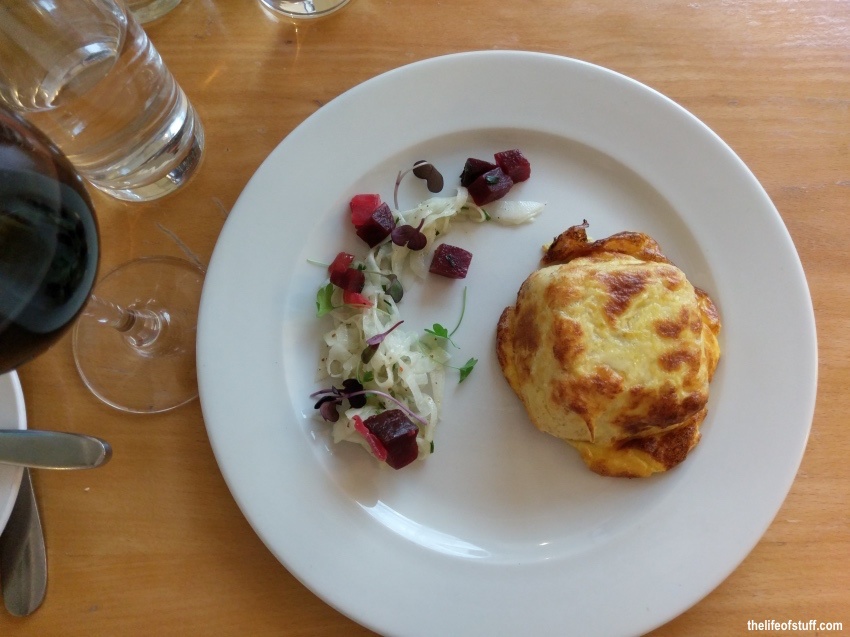 Smith devoured his Sweet potato soup, and also enjoyed tastings from both Patrick and my main dishes. The boy knows good food when he tastes it, says one proud Mammy.