If you follow The Life of Stuff on my social media channels; Facebook, Twitter, Instagram, Snapchat et cetera then you will know that I was recently on a blog trip to the Cantabria region of Northern Spain. I flew into Santander on a Sunday, flew home to Ireland the following Wednesday and every day including those mentioned (as in Sunday through to Wednesday) was jam-packed full of exciting outdoor adventure which I will be sharing with you here on the blog … To start my Cantabria blog posts off I’ve decided to share with you my experience of the amazing Picos de Europa National Park. 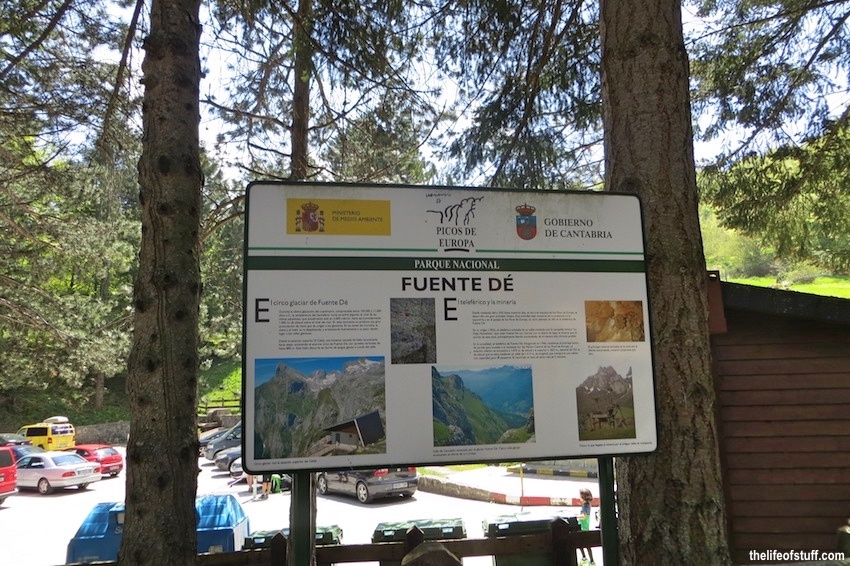 Picos de Europa National Park was Spain’s first National Park. It’s history dates back to the early 1900’s but it was only named Picos de Europa in 1995. In 2002 it was awarded the title of UNESCO Biosphere Reserve. It stretches over an area of 64.660 hectares, and lies between the Asturias, Cantabria and León regions, in the heart of the Cantabrian Mountains, in Northern Spain. 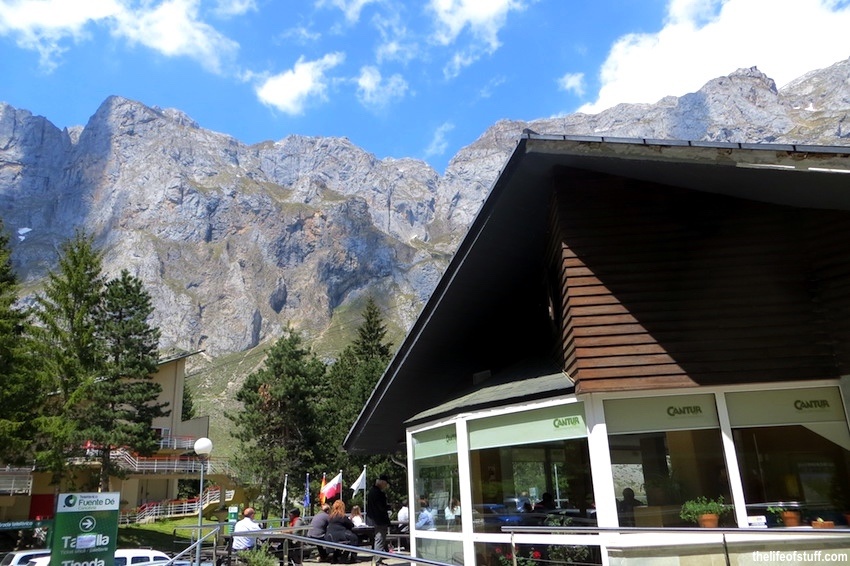 Picos de Europa National Park is open all year round. The best time for hiking and walking is Spring and Autumn. The best time for snow walking and cross-country skiing is winter when the snow is harder. However with saying that you can expect to see snow-capped peaks any time of year and when I visited in May, the snow that covered the mountain provided a blanket for our group to wear snowshoes and explore just some of what the beautiful landscape has to offer. 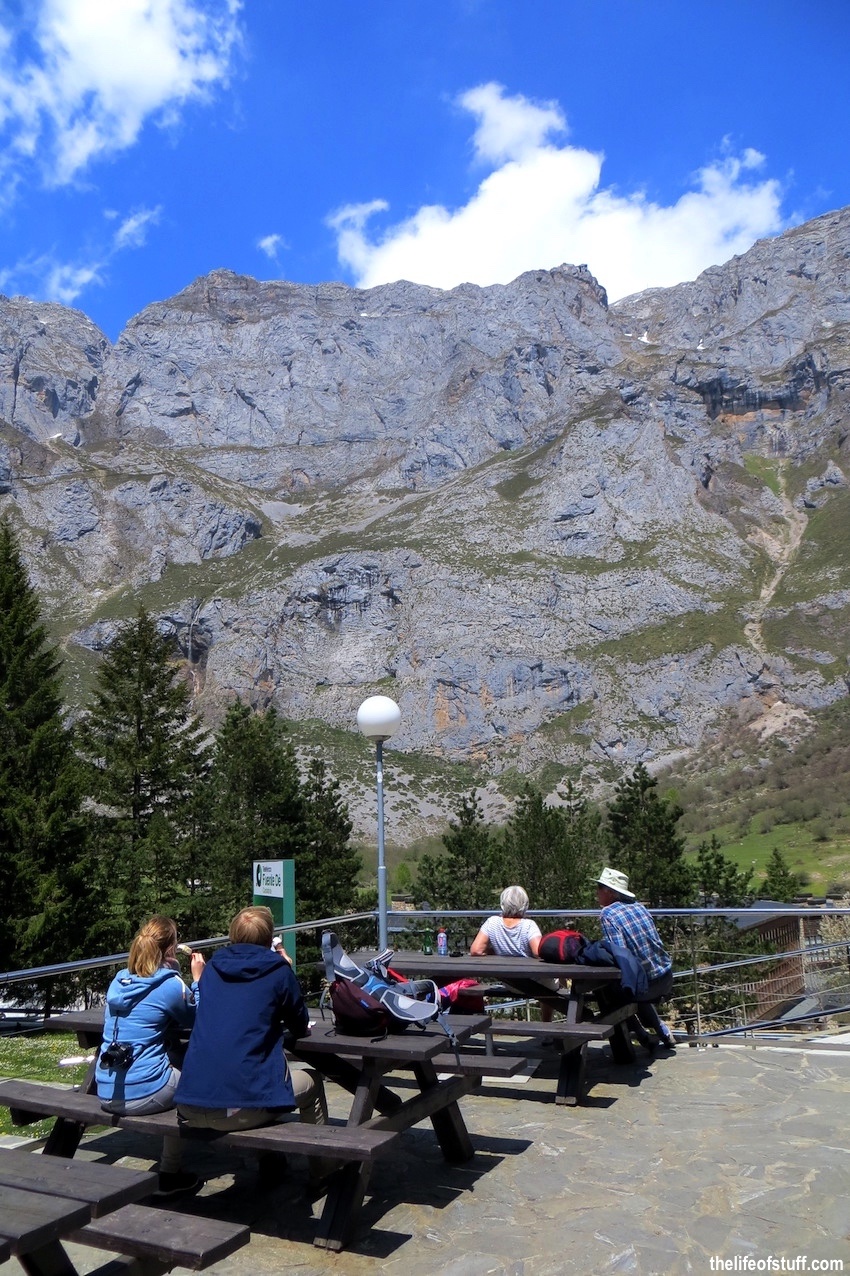 One of the best ways to explore Picos de Europa is to take the Fuente de Cable Car.

We drove to the National Park and dined in the restaurant at the foot of the mountains and the Fuente de Cable Car Station before we embarked on our adventure. It was actually a good idea to stock up on some energy before we set off. 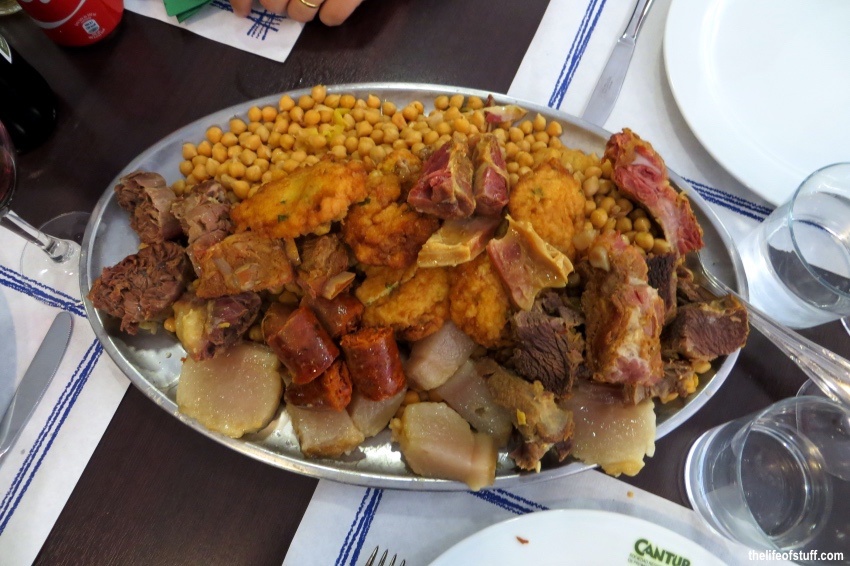 It was also a chance to enjoy some local cuisine – such as the Sopa de Fideo (Spanish noodle soup), Cocido Montañés (Highlander stew), fresh local cheese and Orujo (Spanish grappa) … the later to help with digestion of course.

After we had restocked our fuel, it was time to get the cable car. The Fuente de Cable Cars