What To Know Before Renovating Your Bathroom

Home renovations are one of the most stressful things that you can do. Certain rooms can be more complicated than others, however. The bathroom, for example, isn’t going to be a simple job, as you’ll have to worry about plumbing, among multiple other factors.

That naturally adds to the stress and could leave you pulling your hair out. There are ways to reduce this, though, but you’ll need to plan ahead. What is it that you can do to make your bathroom renovations go as smoothly as possible?

There are a few things that you’ll need to know before you call in your local plumber.

8 Things To Know Before Renovating Your Bathroom

1 – Keep Everyone Up To Speed

When renovating your bathroom, there can be multiple people working on it. While these contractors will typically be on the same page as you, that isn’t always the case. The more people that are involved, the more potential for confusion or things being misinterpreted.

Should mistakes be made, it can often be too late to fix them without a lot of expense. Nobody wants a bathroom that’s done wrong, and you wouldn’t want to wait for it to be fixed. Clear communication at each stage of the renovations will help avoid this.

When doing so, ensuring that everyone knows what’s expected will minimize the risks of anything being installed incorrectly.

If it’s your first time renovating your bathroom, then you mightn’t realise how much it could cost. While this depends significantly on what you’re having done, it could be quite expensive. According to some reports, bathroom renovations cost an average of between €10,000 and €15,000.

That could be much more than you were expecting. As studies highlight, the largest expenses are the fixtures and plumbing, while the counters and other surfaces make up a close second. You should make sure that your budget is healthy enough to accommodate this.

It’s also worth noting that things can pop up, which could delay your renovations. Coupled with this are other unexpected issues. These could add to the overall cost, so you should add some wiggle room with your budget.

Freestanding baths are often seen as the epitome of luxury. They’re often not the most practical choice, however, as they can often be difficult to get in and out of. If you’re relatively petite, that’s especially true.

They also take much more effort to clean, as all of its sides will be visible. Sticking with a bath that’s installed adjacent to the wall may be the better-recommended choice.

If on the other hand a freestanding bath is what you want then click here for inspiration: Family Bathroom Renovation – My Fantastic Forest Bathroom – Before & After 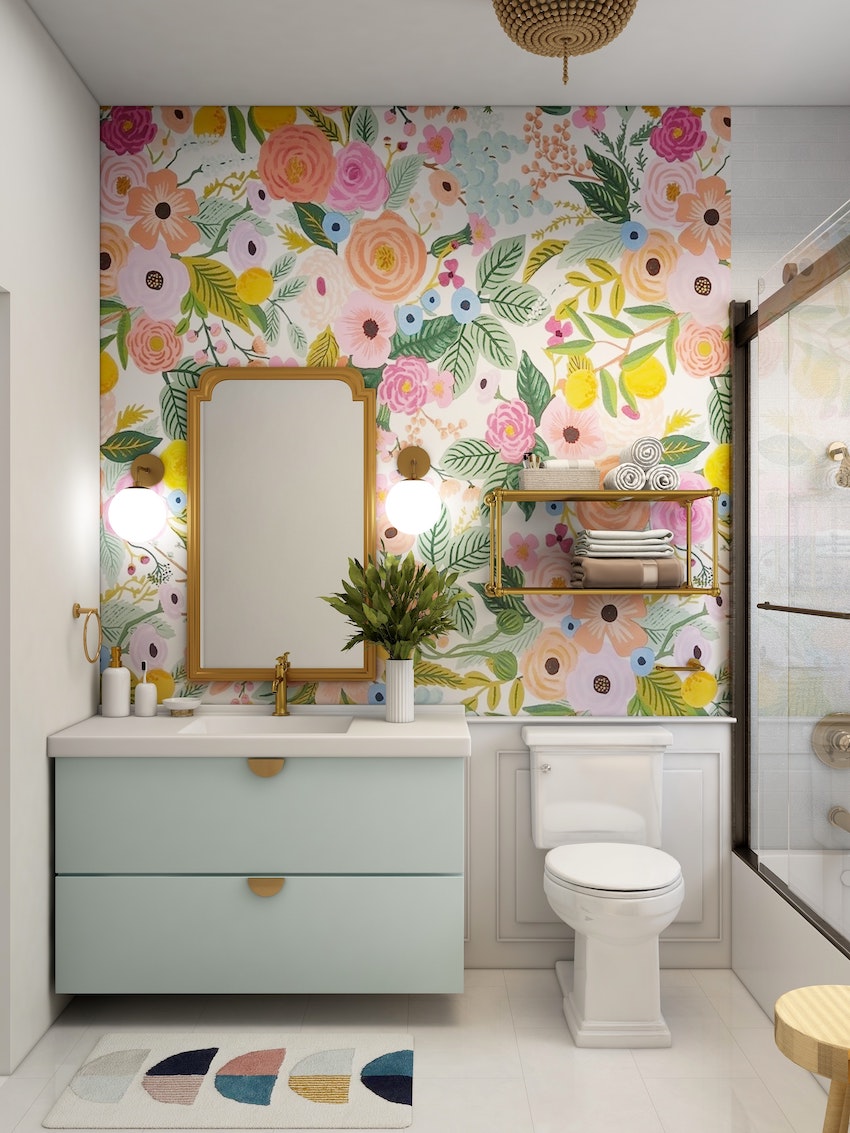 Lighting is an aspect that you mightn’t think of straight away when designing  and renovating your bathroom. Planning this out is more complicated than you might think, though. Bathrooms can be relatively small, especially guest bathrooms or ensuite bathrooms, and normally have one or two mirrors in them. Many bathrooms don’t have large windows, and some have none at all.

As a result, natural light is often limited, and mirrors will reflect any lights you install. Making sure that the bathroom isn’t too bright or too dark needs more careful planning than most people expect.

In some cases, wall sconces can be the best option. These are typically small, so strategically placing them around the bathroom could be enough to perfectly light up your bathroom.

5 – Ensure Electrical Wiring Is In The Correct Place

Electrical wiring might not be the first thing that you think about when it comes to renovating your bathroom. But you’ll need it for a couple of bathroom features such as your mirrors, or cabinet if they are wired for lighting.

If you plan on having a mirror or cabinet in a specific place, for instance, then you should plan to have an electrical wiring close to it.

Special precautions are necessary in the bathroom because the wet surroundings pose a greater risk of electric shock than anywhere else in the house. For this reason, no sockets other than specially designed shaver outlets are allowed in bathrooms.’

Not planning in advance for this could make things much more awkward in the future. As minor of a detail it is, it could make more of a difference than you would expect.

Many people assume that grout is one of the more minor parts of renovating your bathroom. But it’s more important than you might realise as it helps seal your bathroom and protect against water damage.

There can often be small size differences between the tiles in your bathroom. The gaps that are left are filled in with grout, which seals off any potential leakage points. With the protection that it offers, especially around your bath, it’s worth picking up one of the more expensive options.

While you’ll want to stick to a budget, going cheap could mean much less protection long-term. That may lead to water damage in and under your bathroom, which will be expensive to fix.

Further Reading: Home Style – What Does Your Dream Bathroom Look Like?

If you own an apartment or have a small bathroom, then space might be at a premium. You might assume that the essential parts of your bathroom all come in standard sizes. That’s not true, as toilets can be much more compact than you’d expect.

Alongside being smaller than more traditional toilets, some can be wall-mounted. That could cut down on the amount of space they take up. Getting creative with it could open up your bathroom more while still having a comfortable toilet.

It should also work just as well as its larger counterparts. 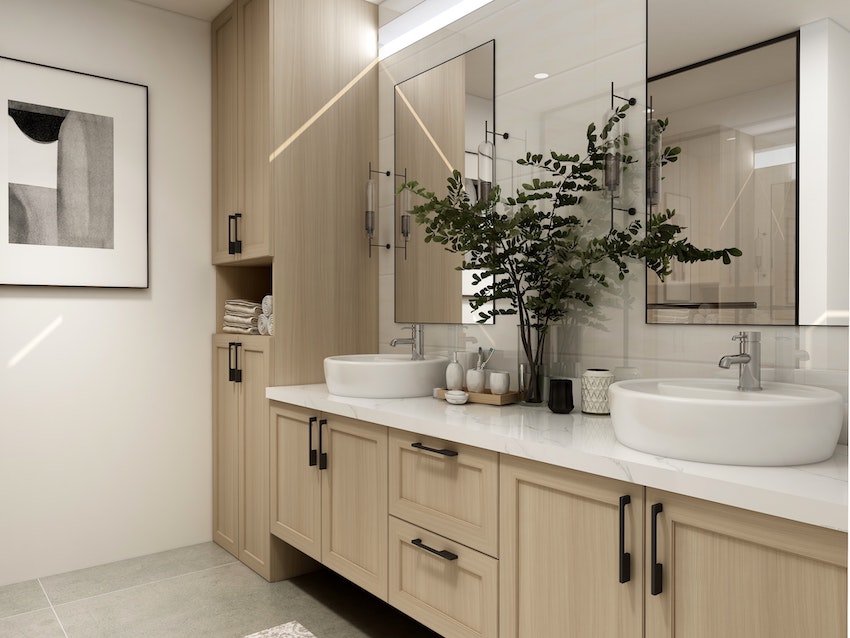 There will naturally be specific areas that you focus on when renovating your bathroom, such as the bath itself and the toilet. You shouldn’t let other things fall by the wayside, though, as they can be just as vital to your daily life.

Storage is one of the more notable. Look for storage possibilities as early as you can. While you mightn’t find places for large storage cabinets, you could add in small ones. Planning for these as early as possible makes them look and feel included.

Tacking them on at the last minute may make them look like an afterthought.

As much as all of the above can help with your bathroom renovation, there can be unexpected surprises. Keeping them in mind should make sure that the renovations themselves go smoothly and that the end result perfectly matches your needs.

PIN: 8 Things To Know Before Renovating Your Bathroom 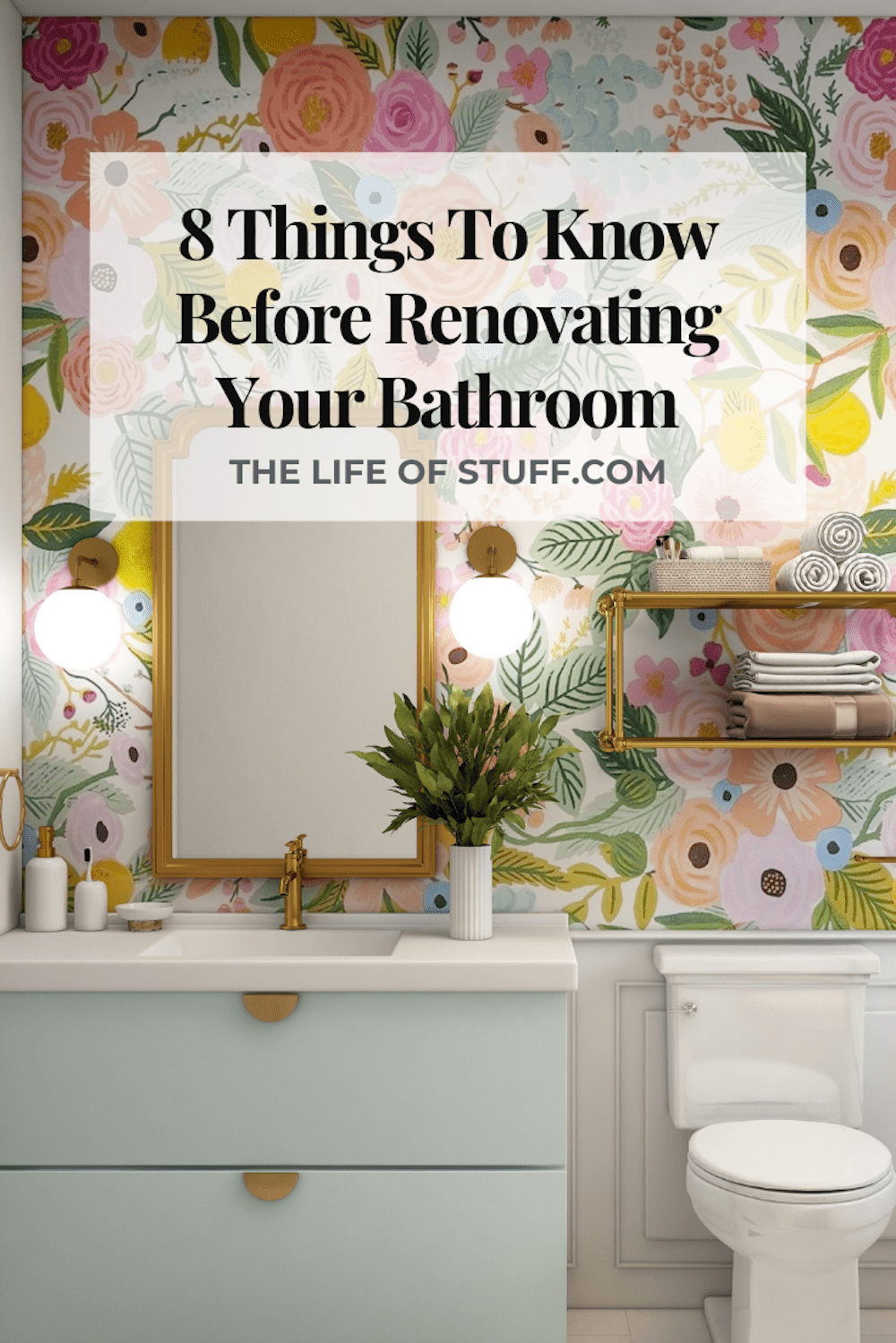 How To Keep Your Kitchen Appliances Running Longer

4 Quirks to Consider Before Revamping Your Kitchen

Home Style – Are Cheap Sofas A Waste Of Money?

3 Simple Home Renovations You Can DIY For a BIG IMPACT

Retire In Style And Comfort With Your Dream Home

6 Effective Home Improvements that Add Value to Your Home

How To Renovate Your Home On A Budget With 17 Easy Tips!